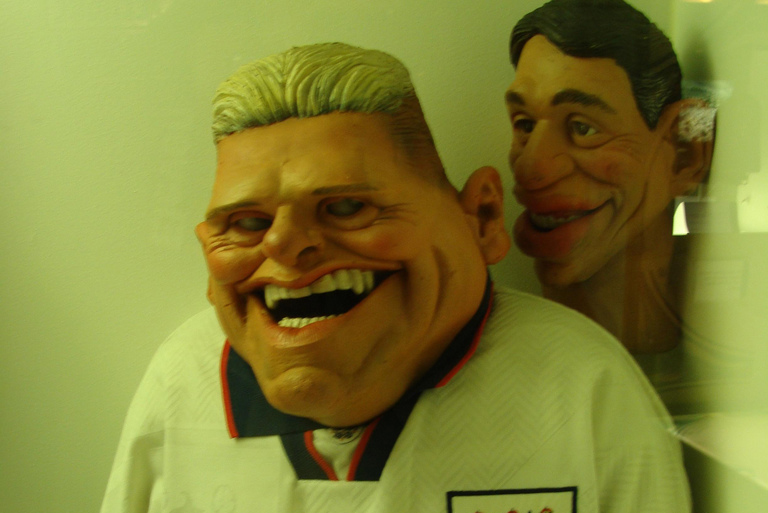 After attending an intimate talk with ex England international Des Walker in a Working Men’s Club in Nottingham a few years ago, I found it remarkable that after a successful career of over 20 years in the game, Des was now a lorry driver.

Des has had an illustrious time in football, racking up combined transfer fees of £4.2 million, at the time an incredible amount of money. He played 59 times for England at the peak of his profession, captaining a winning Nottingham Forest side.

From the limelight of playing in front of 50,000 people to the realism of driving HGVs, it’s becoming a very common situation for former professional footballers. Des drove lorries for his friend’s firm in order to keep himself occupied since retiring from the game.

Others have been luckier: Former Tottenham Hotspur defender Ramon Vega was in the news not too long ago, working in the finance industry based in Mayfair, earning an astonishing £15 million in one year since making the shift.

This is an unusual case, with others being left with no other alternative than to find a “normal job” and have to seek pastures new.

Whilst very few go successfully into coaching and management, the realities are that not all footballers are capable, or even willing.

You can’t watch football nowadays without a professional opinion afterwards. Jamie Redknapp, Gary Neville and Thierry Henry have all carved out very rewarding media careers for Sky. But these are definitely rare examples.

Others, such as Paul Gascoigne and Lee Hendrie have quite literally gone from riches to rags.

Gabrielle Tagg, a psychologist based in Nottingham said “Footballers are conditioned to thinking they should behave in such a way from the influence of what society expect therefore they do act this way.

“Another theory is the ‘symbolic interactionist self’ that is seeing ourselves as we think others see us therefore we construct a self-concept that reflects the society we live in; we are socially constructed.”

A staggering 147 ex-professional football players are currently in adult prisons. 87 per cent are inside for drug offences. The existence of working for a living is unbearable for these convicts.

Likewise, the Professional Football Association believe around 800 players are released from their parent clubs, almost triple the number compared to 15 years ago, and according to charity Xpro, up too 60 per cent of Premier League stars have been declared bankrupt within five years of retiring.

Whilst footballers might try to stay in the game after their careers have come to an end, there are an army of hangers-on and not enough support and guidance is being offered.

Corrupt bodies in football advise professionals poorly, often leaving them on the edge of bankruptcy. The assumption that all footballers are millionaires is widely false. The life of riley can quickly turn to debt and depression.

Simon Jordan, the former Crystal Palace chairman, famously said: “Agents are scum. They’re evil, divisive and pointless. They only survive because the rest of the sport is so corrupt and because leading football club people employ their sons in the job.”

With signing-on fees hitting the million pound mark depending on your profile, sponsorships, advertising and wages seemingly have no limits and money is superfluous. However, that is only a small percentage of players. A lot has changed over time.

Football is a cut throat business that can be brutal to young players. The truth is there always needs to be a ‘Plan B’; fifteen years ago most didn’t have enough direction.

The potential psychological damage created from being in the footballing industry and constantly being in the limelight is a risk most footballers are willing to gamble on.

In recent weeks Des Walker has moved across to Derby County to work with its academy, but this isn’t happening enough, a facts which drives home the emphasis that support and guidance is just so pivotal.

I managed to speak to Mark Kearney, a former Mansfield Town and Bury FC player who had an rewarding career over 17 years ago.