The buzz around London 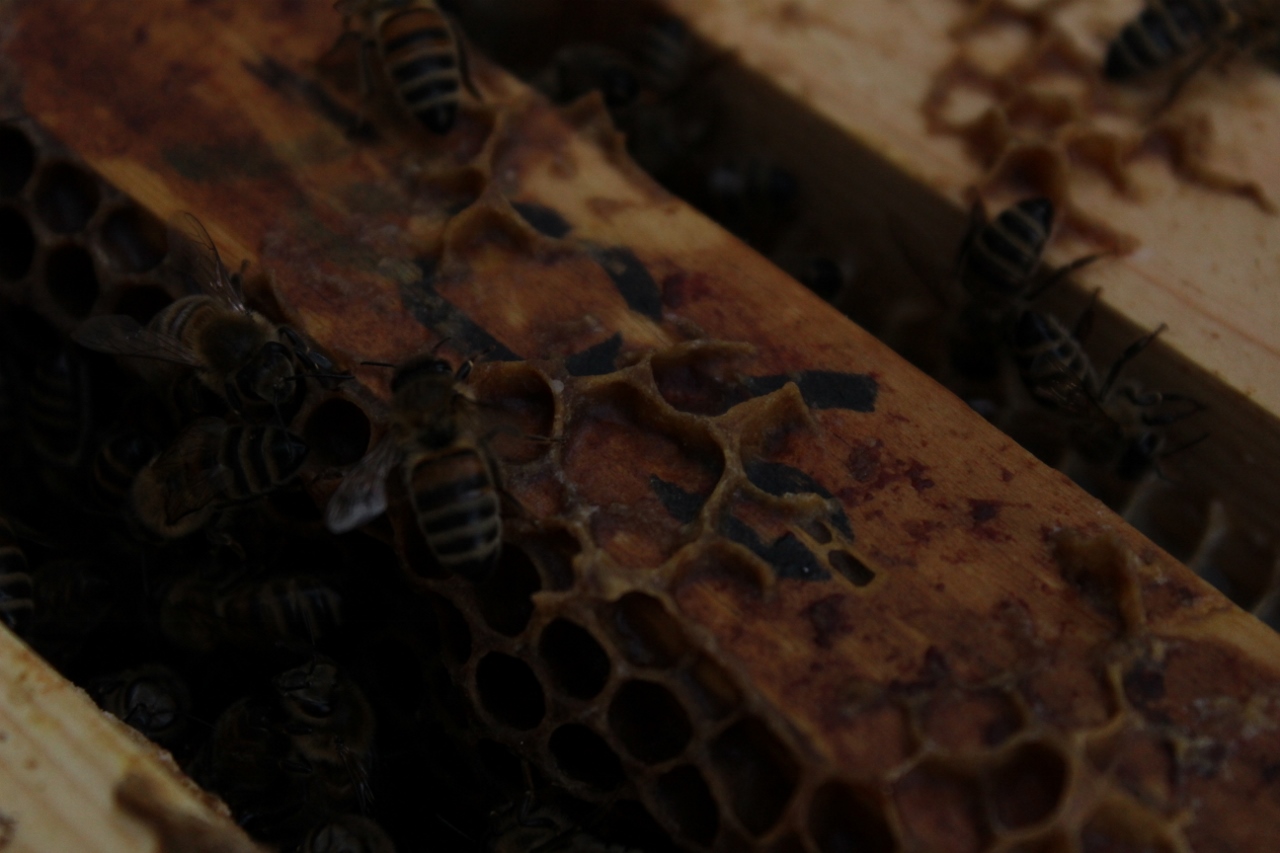 As the popularity of urban beekeeping grows, many restaurants around London are getting on board, cultivating beehives on their roofs to supply the restaurant with honey. 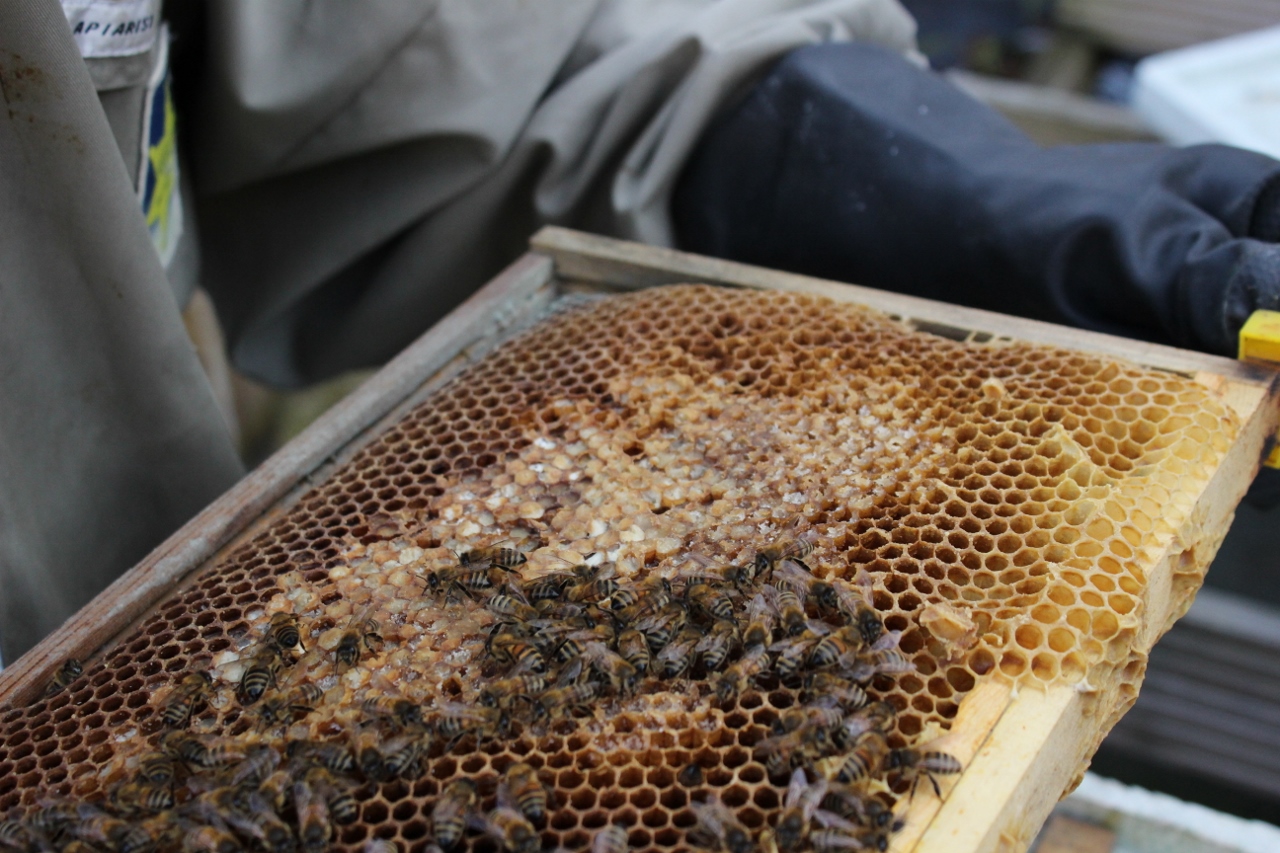 A beehive can be used for more than just honey however, supplying wax, Royal Jelly, and, if you want to try something new, larvae. The bees above The Dairy primarily supply honey and wax for both The Dairy and The Manor. 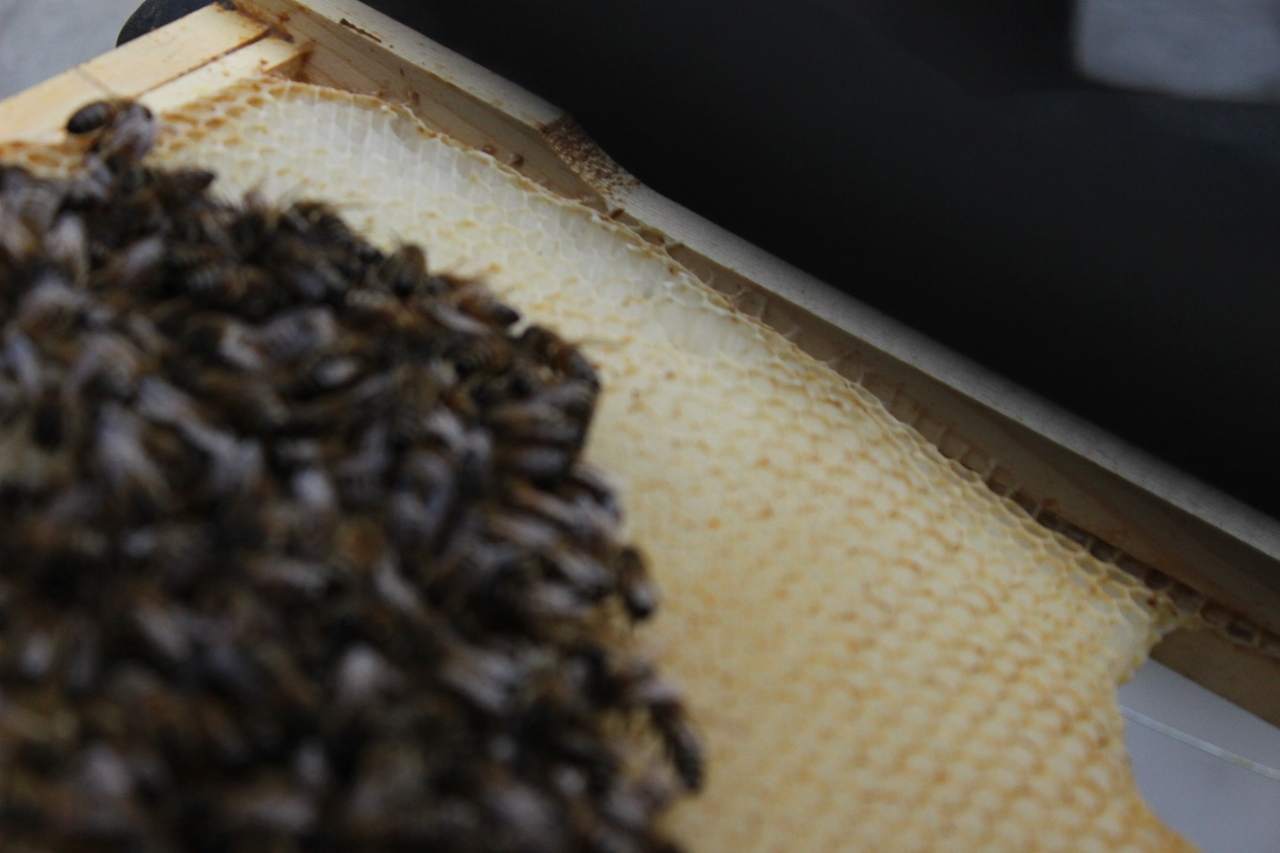 Both the honey and the wax made by the bees can be served straight from the hive, with little to no preparation needed. 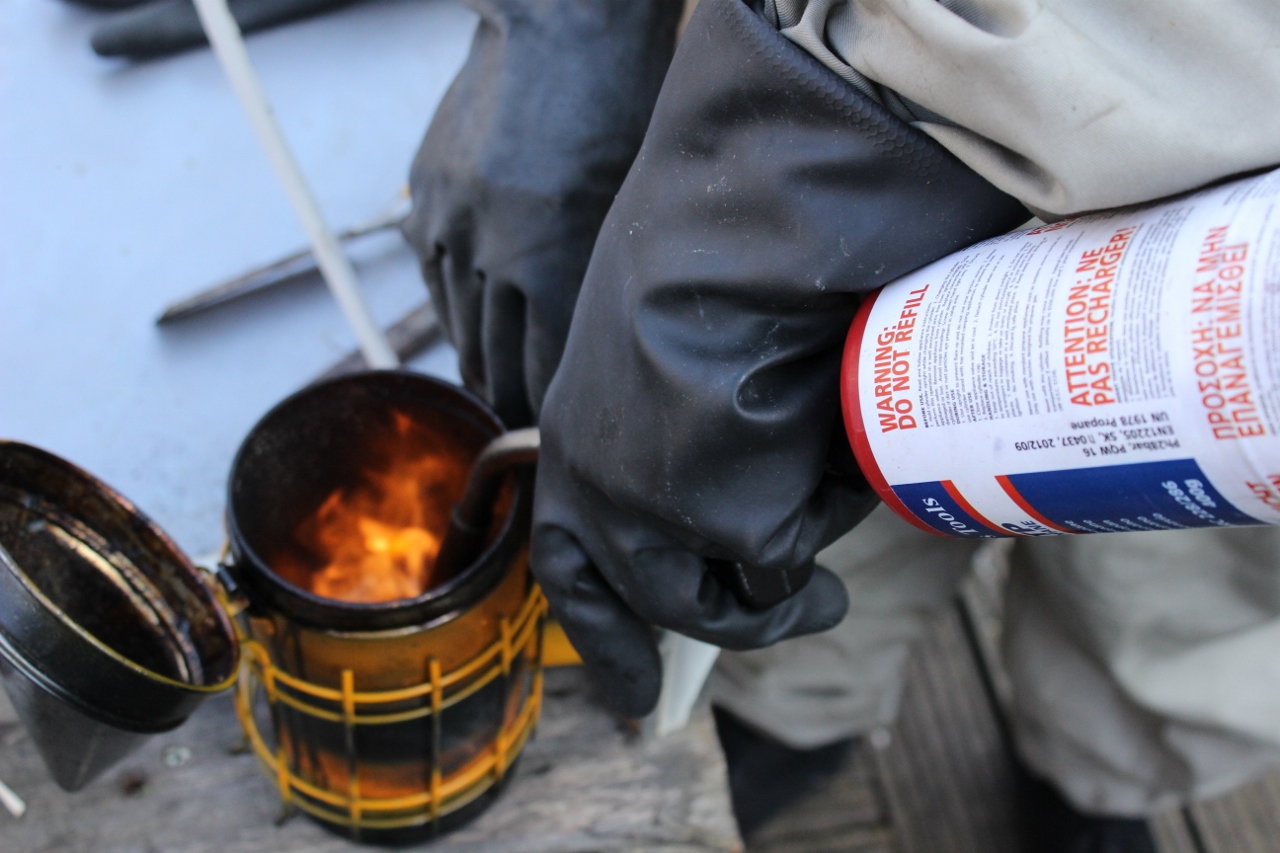 Dean Parker has been tending to these bees for three years, ever since they first arrived. As he prepares to smoke the bees he talks passionately about all the work that goes into running a beehive. 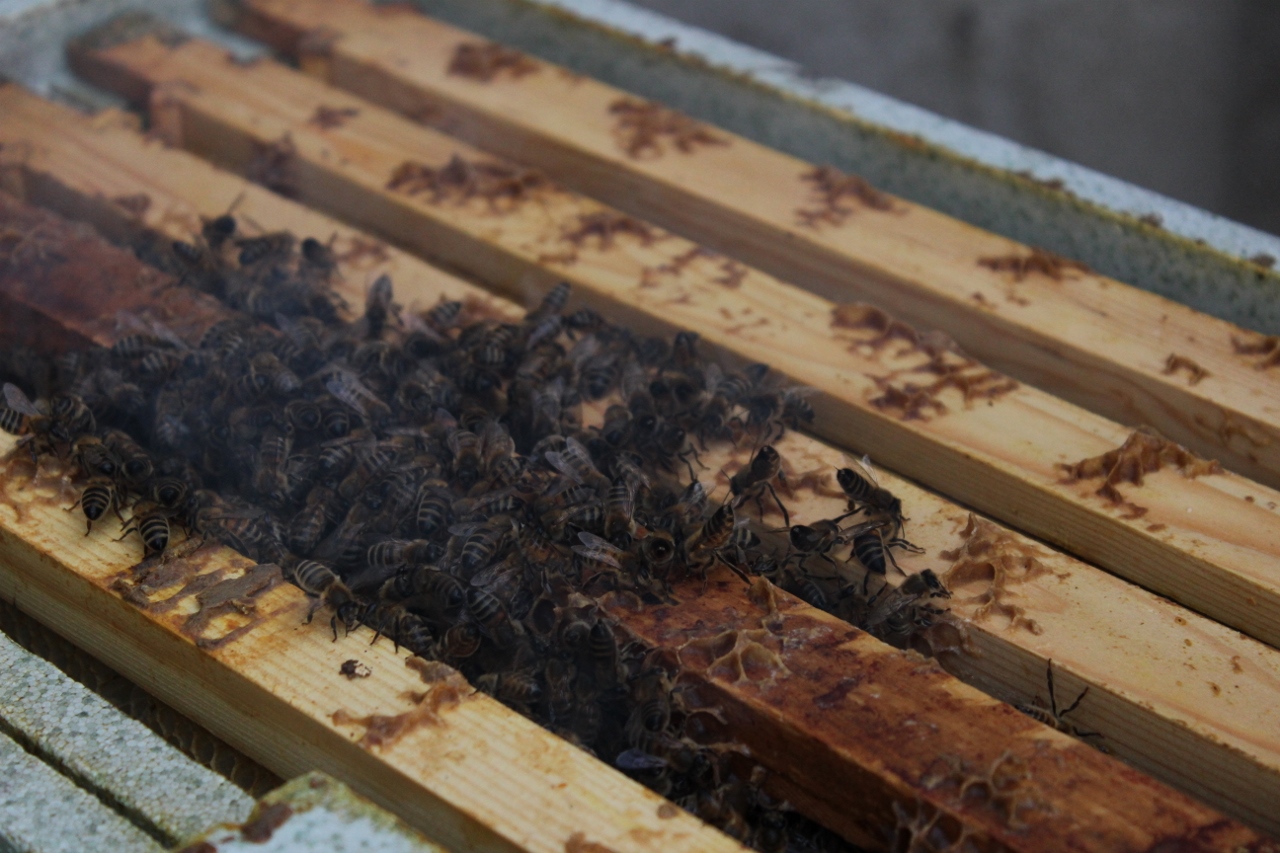 If a bee feels threatened it will let off smells signalling the other bees to the intruder. Smoking the bees disrupts this sense of smell, calming them down. 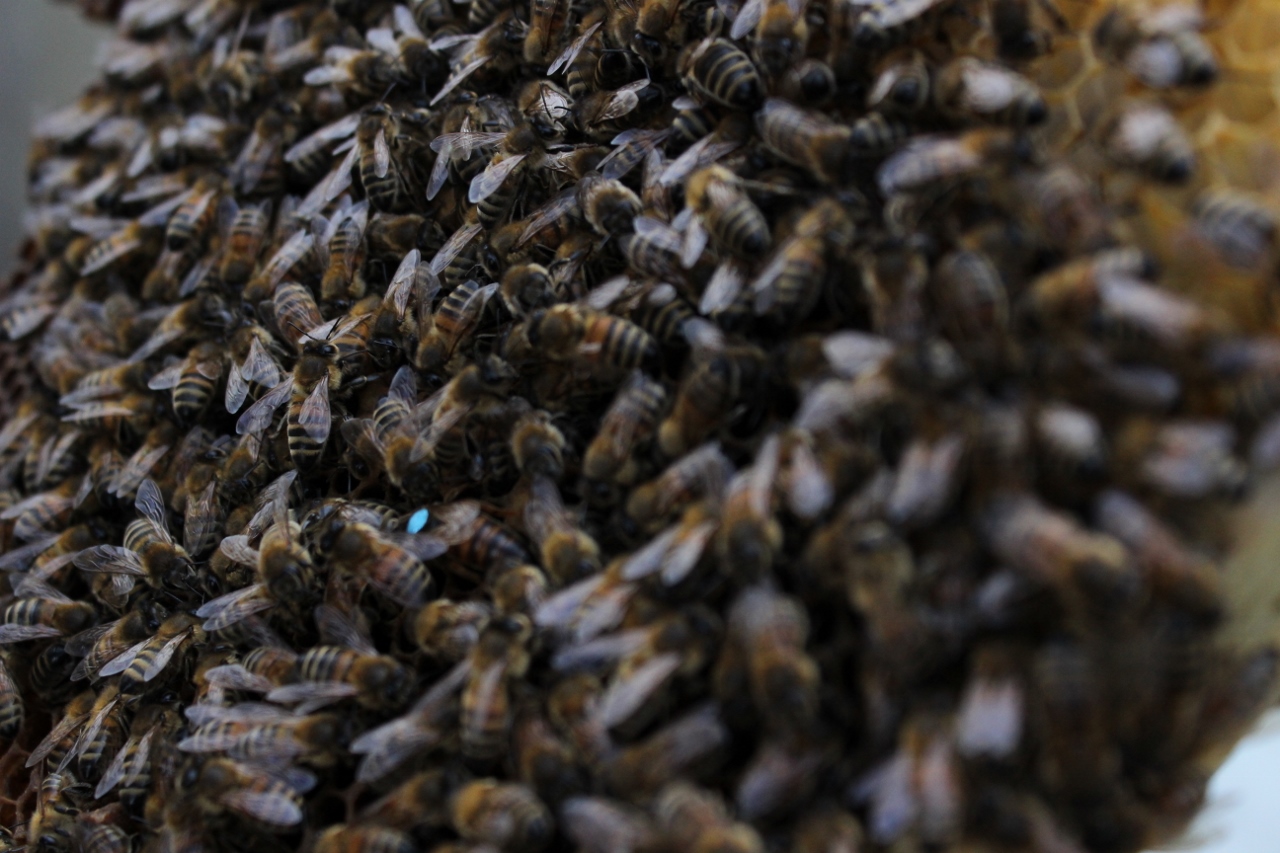 The queen bee of this Carolina species has a blue dot on its back (lower left of the image). As the rest of the bees work, it searches around the hive looking for places to deposit its eggs. 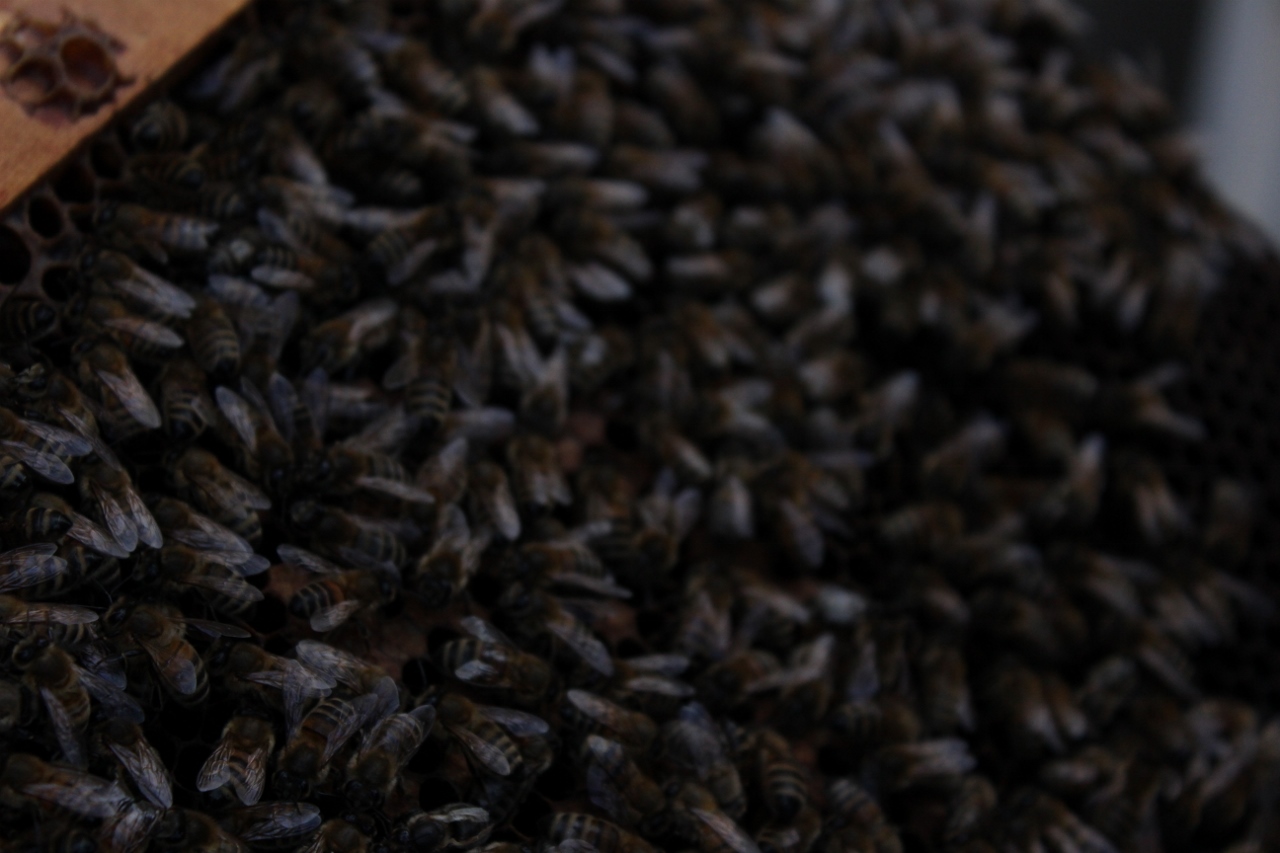 During the summer months a hive can double in size and the colony needs to be separated. If not done soon enough the hive will start to swarm, looking for a new resting ground. Though harmless, these swarms can seem very daunting. 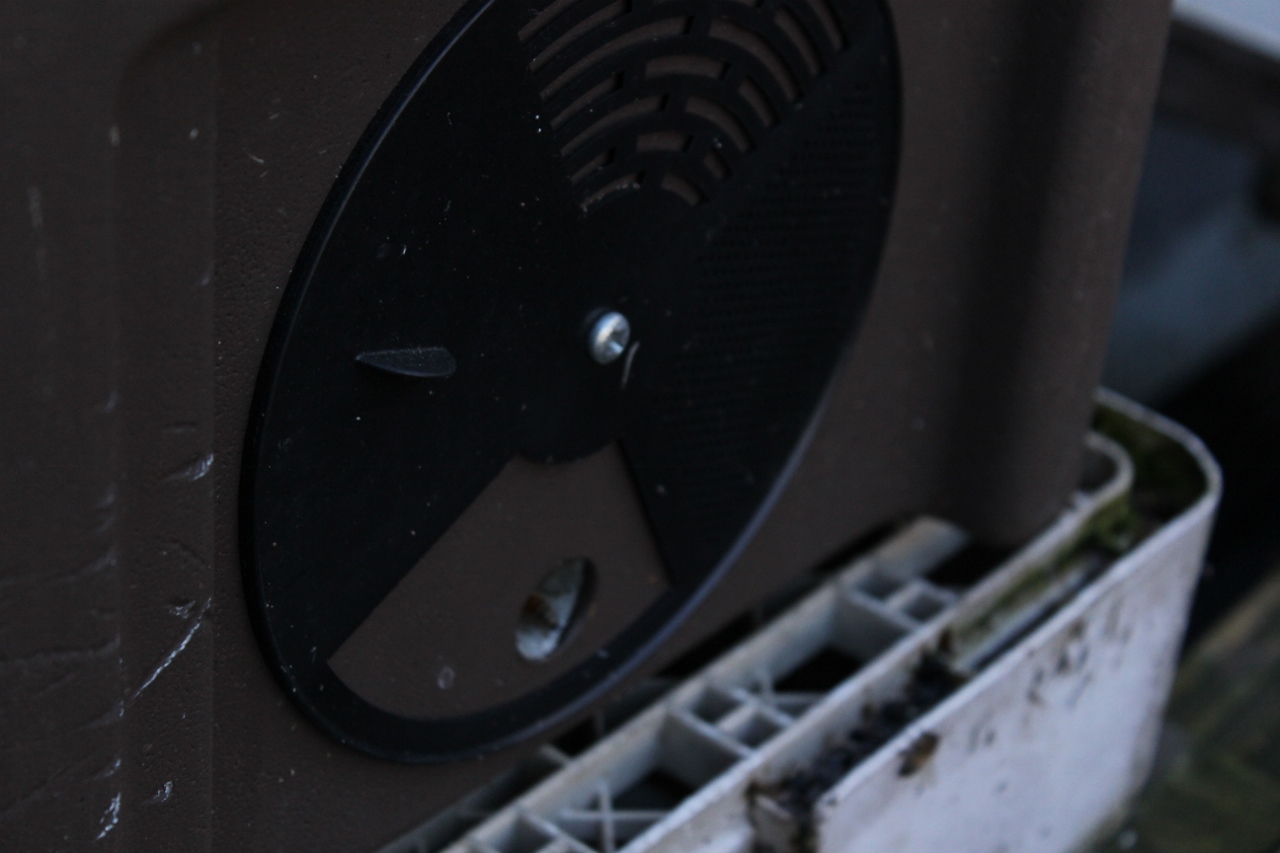 A bee seeks refuge from the cold within the hive. Summer is still a few months away and the cold air can be fatal to the bees. 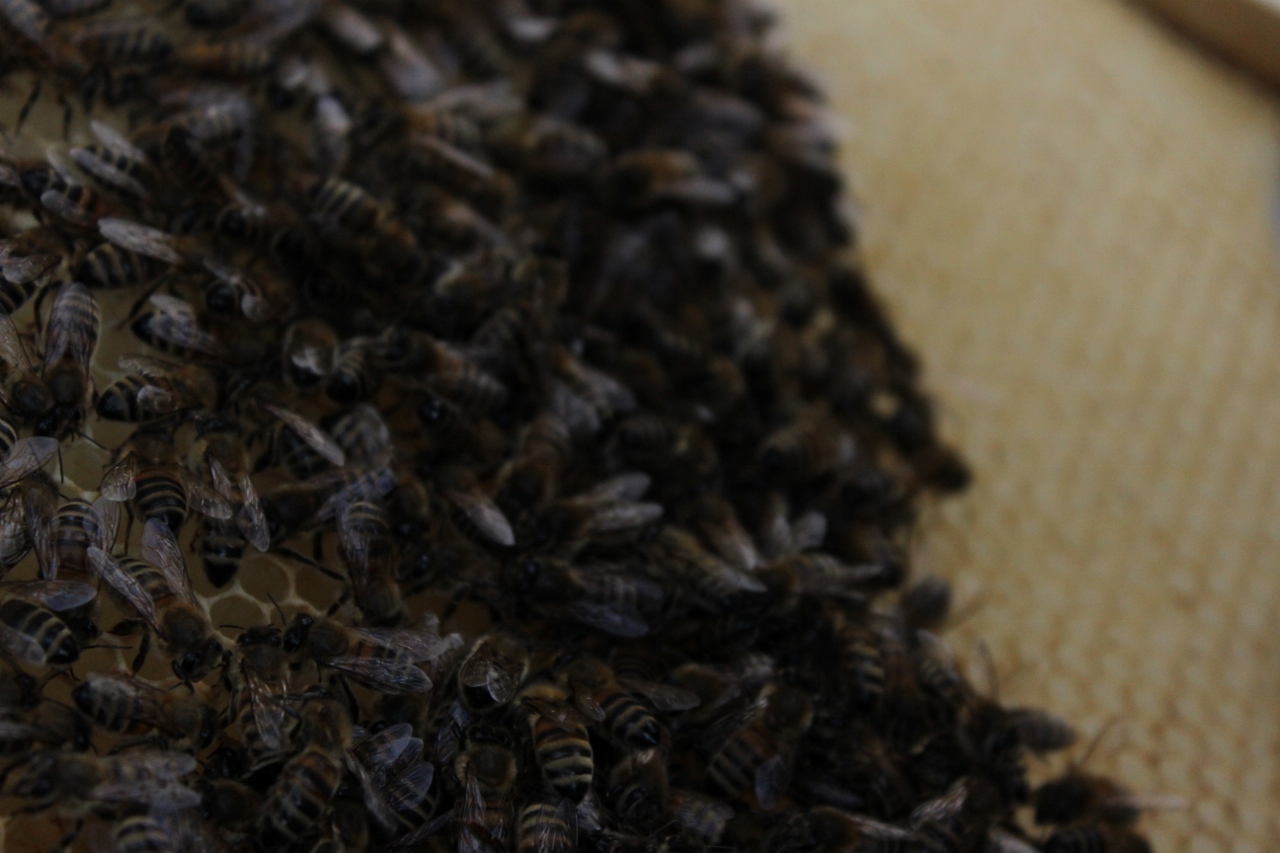 Several studies have found that bees can recognise human faces and many beekeepers will confirm this. Like pets, well-treated bees behave better, are more relaxed, and less likely to attack their carer. However, bees that recognise a consistently hostile individual will respond in kind, often attacking the individual before they get to the hive. 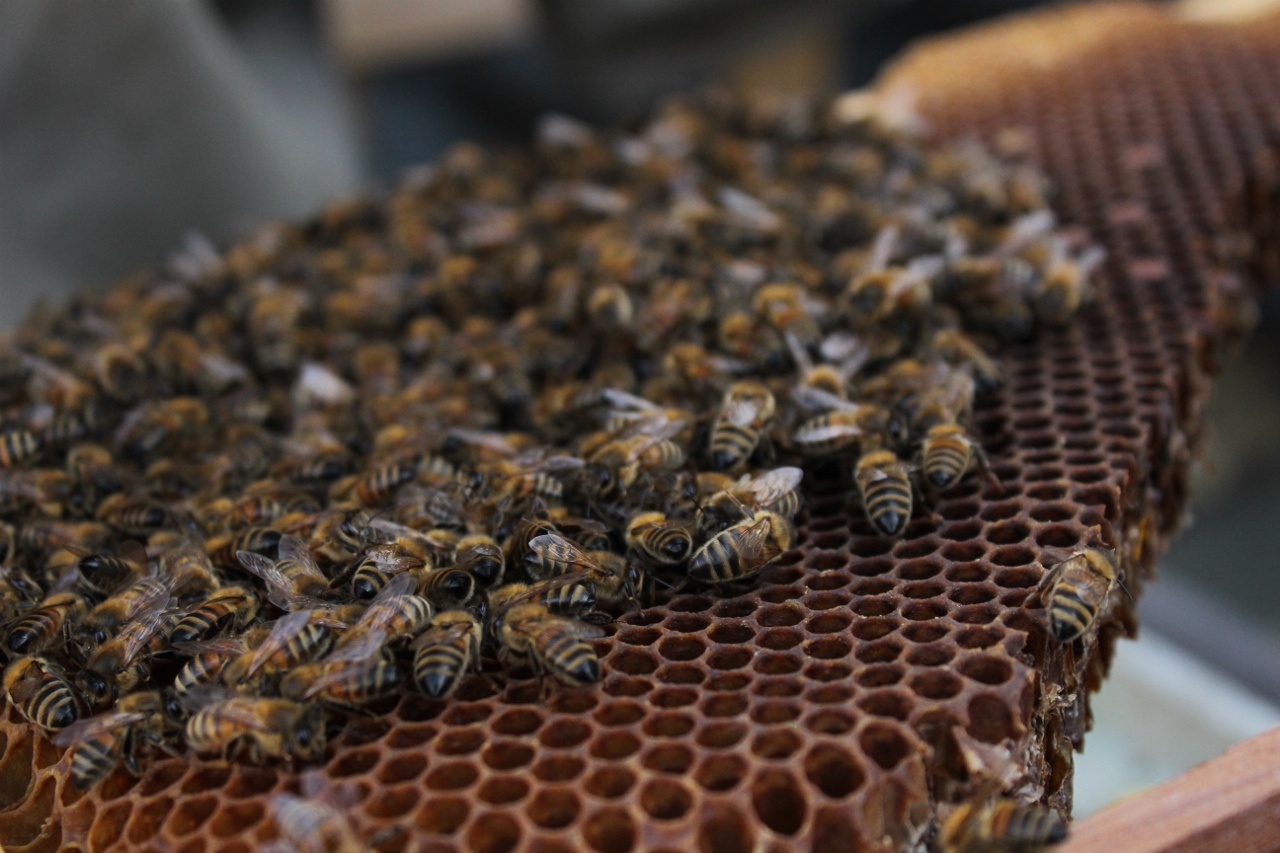 Bees provide the majority of pollination for plants, with figures showing that one third of the food we eat on a daily bases relies on pollination by bees. Because of this, they are incredibly important to the overall health of the environment and when their numbers decrease, it is a worrying sign that something is not right. 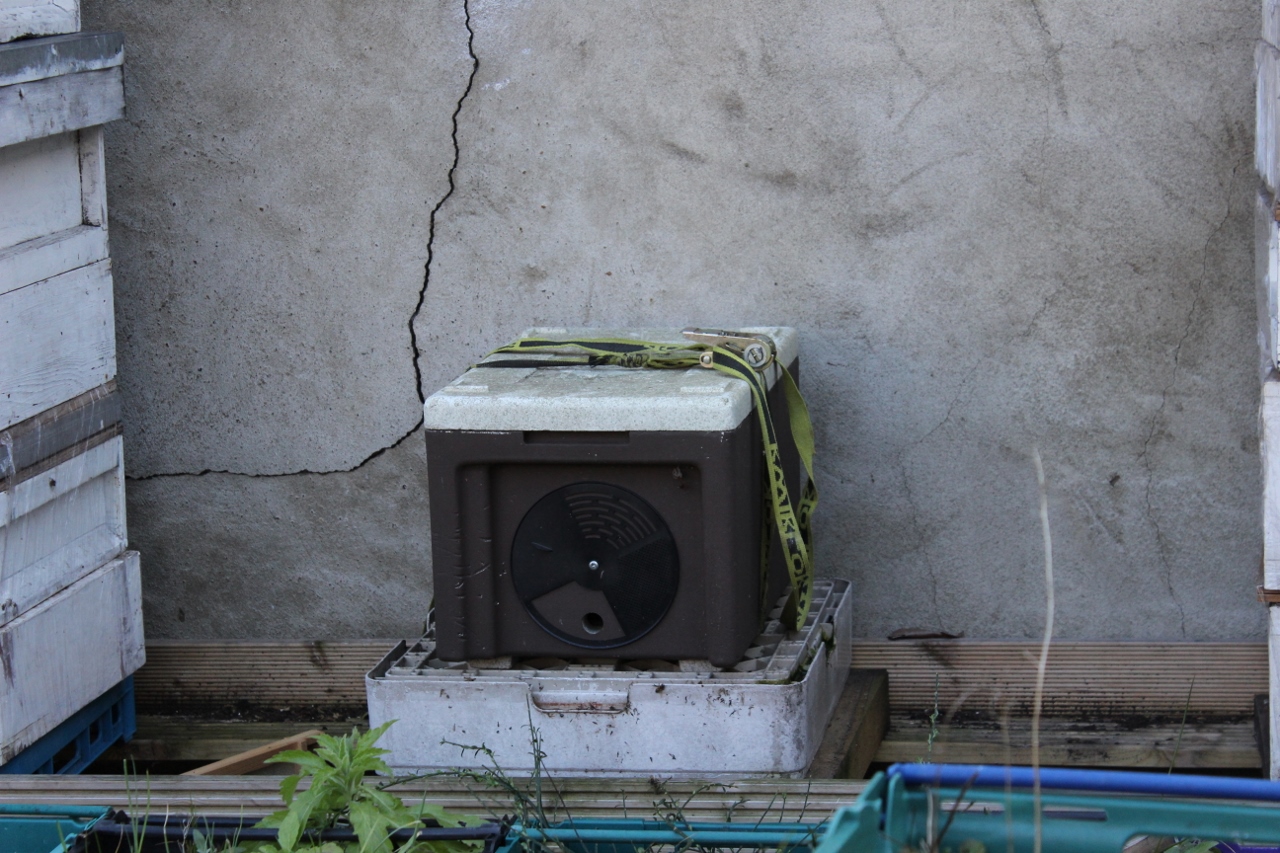 All photos, including featured image, by Joshua Potter.

The buzz around London