Ernesto Tomasini has spent his last 23 years in London. Born in Palermo, Sicily, he is an eclectic performer, author, and singer; one of those who are gifted from a young age, with the ability to entertain and bypass reality through the fantasy of the stage and the multiple roles he had impersonated in his career.

Influenced by cabaret from the start of his career, he had the opportunity to develop one of the greatest skills an artist can be gifted with: the art of improvisation.

He did experiment a lot, finding himself jumping from the West End to Avant-Garde theatre, whilst also working alongside artists such as Lindsay Kemp.

Finding himself in a creative bubble, he incorporates elements from places he’s been to and had the opportunity to work at, creating a fine mixture of multicultural elements: the spontaneous modus operandi and comedy of South Italians, the underground scene in London, the visual iconography of the USA – the country he emigrated to in order to work at the California Institute of the Arts, which was founded by Walt Disney. 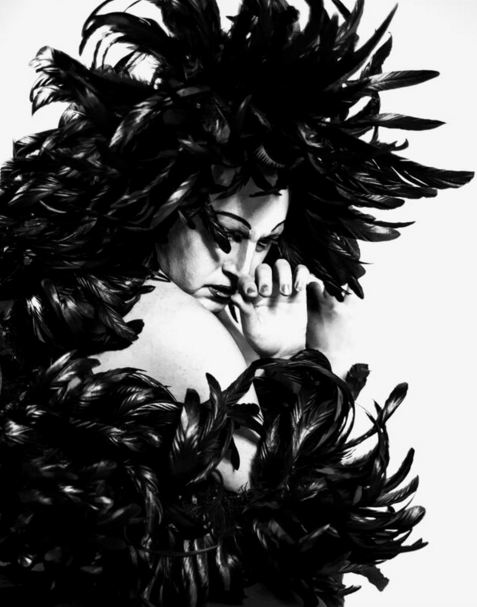 From 2002, Ernesto’s name appears on the A-list, supervised by the Italian President of the Republic, which lists names of Italians who have represented the country worldwide and those who have gone on to become well-known abroad through their work.

As Tomasini demonstrates, the reason for his success lies within his ability to prioritise tasks and be prepared for the unexpected.

He mentions a famous Italian saying, ‘chi ha tempo non aspetti tempo’, which he goes on to explain in English: “Those who have time shouldn’t waste it, always be ready for what might come along!

“I’m always ready long before it’s expected me to be so I’m the one who knows the text before anybody else does. When they ask me: can you send that material then boom, it’s done within ten minutes.”

With all the pressure on artists and a sense of work overload, we ask him whether he ever breaks down when he experiences that dreaded moment of having a silent moment to himself amidst his busy life.

Proving how much of a workaholic he is, he jumps up to say that he does indeed breakdown – not because he has little to do but rather because he never gets a silent moment, his mind is always running wild.

“Sometimes I do breakdown. You know, you are doing all these different things and you open your e-mail and there’s requests of something else and you think ‘oh my god I haven’t got the time for one more thing!’ and I really break down.

“I break down because there is too much to do and I can’t even do what I already have and then there’s somebody who says ‘oh can you give advice to this young person’ or requests like that, which are perfectly fine, but when there’s so much to do and these little things pile up, it’s a lot!”

His appearance forms a normal routine in his life, allowing him to distance himself from reality and take on the role of various people with different personalities through the art of make up and dressing up.

He knows his field well; especially how theatre and the notion of cross-dressing are linked together and have developed in the last fifty years, which he explored in his thesis as part of his university studies.

“I studied contemporary drag performers in the 1980s in London. In those days it [researching] was a real enterprise, as such materials weren’t as easy to get as they are now. I had this massive VHS that I was dragging around London with me.

“The project was carried out in very specific days, we are talking about the height of HIV in the gay community and the drag scene mainly being a gay phenomenon in pubs and clubs around the city, so it was quite a big moment in history.” 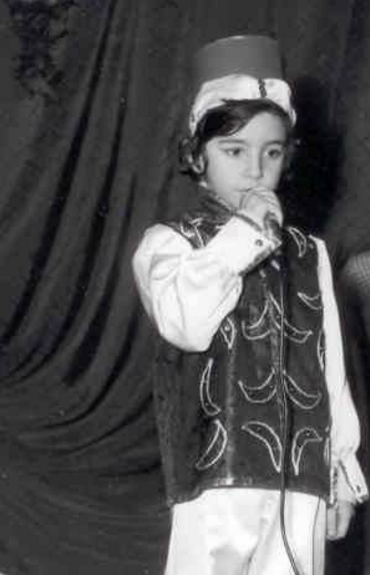 Dressing up is something Ernesto has always enjoyed doing, ever since he was a young boy.

He remembers being a little kid in Palermo, singing opera songs at the top of his voice and sashaying around in his mother’s clothes, all while his neighbours were convinced that voice had to belong to his mother, due to his feminine vocal tone.

Italy is a weird microcosm when it comes to art and expression. Italy creates, but is also capable to destroy centuries of creative expression in the name of “normality”.

Going back in history, southern Italy was dominated by Greece in ancient times.

Absorbing cultures, artistic traditions and theatre was the greatest form of expression in Greek society back then.

Theatre of ancient Greece challenged masculinity, not only in practice, because it was a time where women were not allowed to perform and so men had to cover women’s parts during the musical breaks, but even ethically, where roles were very often reversed, and many heroines took the scene and established themselves in a masculine society.

In a country where “gender schema theory”, under whose name fall various studies that says the differences between “men” and “women” are not based on sexual differences but are, instead, a social construction created by our society, is not just debated, but strongly hampered by the Catholic Church.

It’s difficult to picture Tomasini effectively building up a career based on the deconstruction of gender. It’s difficult because with the debate on gender comes the so-called ‘queer theory’; a group of studies focused on fighting heteronormativity discourse, insisting on the idea that identity is such a broad concept that it cannot be labelled in any way.

“It is an inner urge to dress up as a man or woman on stage and humanity doesn’t seem to be able to live without it. It’s always been done and it always will be.

“Even when it’s done as a funny thing like in the case of drag queens, there’s still a lot of playing with tensions. It’s interesting that today, ‘normal people’ still feel threatened; a man or woman in drag does change the atmosphere in the room in some milieus.”

As a queer artist, this is exactly what Ernesto brings up on stage: “Theatre can surely have an influence. How many of those who are in one way or another different from the norm were helped when growing up by theatrical experiences in a wider sense? May these be pop singers or actors.”

He can put on make-up, a routine fundamental to his art, and wear heeled shoes, but he refuses to be catalogued in a men versus women discourse.

He’s neither, but it plays around the idea that, deprived of stereotypes imposed by society, people can and should be free to express themselves without the fear of being normalised for the sake of order.

“I think my art can go outside the artistic boundaries for whoever consider themselves different than the norm. Haven’t they been inspired by something that they have watched in a theatre or in a music video, by all those people who use make up or who have challenged the sexual conventions? David Bowie is a great example, many people mention him.” 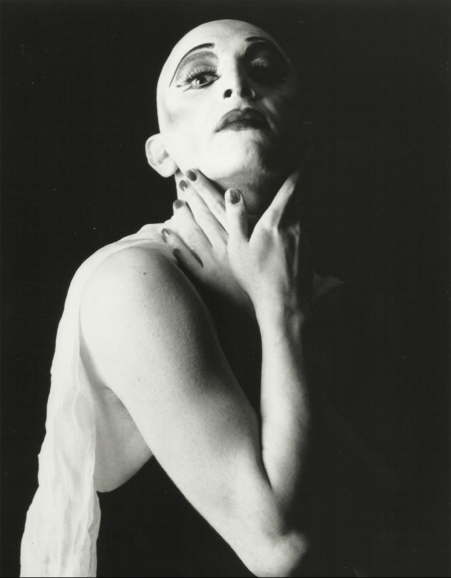 Ernesto Tomasini for The Other Woman (1998)

Ernesto believes that, perhaps, his love for performing and his desire to be an artist is a genetic matter, recalling how his great-great-grandfather was a star of ‘La Commedia dell’Arte’, a notorious type of theatre that became popular in the 16th Century in Italy and that invented the figure of the ‘comedian’ as an impromptu performer, in which characters were represented by such comedians, who then became popular in the country.

For an artist like him, there are no boundaries between a life on stage and what happens beyond it.

Ernesto says that theatre melds the performer and the man together, even without make-up, without his characters and without an audience in front of him; he always sees life through the lens of the artist.

“I do feel the freedom outside the scene but only because I live in artistic circles in big cities. I could be put in prison or killed if I were a transgender boy in another part of the world.”

What he loves the most about theatre is the possibility to live one life – and at the same time impersonate many more lives on stage.

He does that with the tenderness of someone who firmly believes that there is more than labels we should bring into this world: any human being is first of all a unique individual – just that – with a whole little universe to offer, and this comes before any other label they can be imprisoned by.

“Artistic expressions,” he says, “have certainly helped young people come out of their shell and allow them to express themselves in ways that are maybe still frowned upon.”

This is, ultimately, theatre’s greatest power. It’s a duality of individualism, reminding us that we’re all so different to one another and each of us are special in their own way, whilst demonstrating that every character on stage has something different to say, and collectiveness, because that’s exactly what brings us all together in the end, and what makes us all so similar in this scenery that we call life.