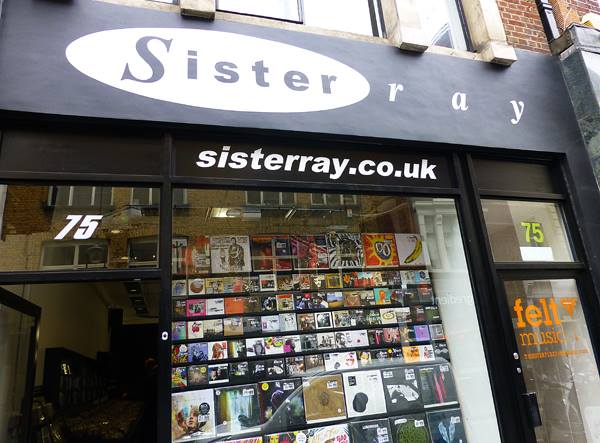 After that, came flat circles made of shellac (later vinyl) which allowed people to compile their music and recordings with greater ease.

Three score years later, cassettes came and went quickly and quietly but not before allowing young romantics to put together mix tapes for each other.

CDs arrived and made a good go of it, selling in their millions up to the current day.

But we find ourselves in an age of digital downloads and streaming services and the music floats around us on a rolling sea of Wi-Fi heralding the decline of the CD.

And yet, something very strange is happening. Over the last five years, vinyl has been edging back into the public consciousness.

Vinyl records have been making such a comeback in fact, that 2014 saw the biggest sales year the medium had in 20 years and an official vinyl chart was launched in 2015 by officialcharts.com.

So the most pertinent question in this article reveals itself. Why vinyl?

I could spend the rest of this article waffling on about things like sound fidelity, personal preferences and what’s better than what etcetera etcetera but I believe that’s missing the point.

Vinyl harks back to a very specific way of listening to music. With the popular success of the Sony Walkman, music became portable.

The appetite for sitting down together, or just in your own bedroom, listening to music and reading the  notes on the cover, waned thin to the point of snapping.

There is a ritual in listening to vinyl that must be observed, a ritual that slows down time around oneself, and it it this ritual that I personally believe has fuelled the format recent popularity.

First, flick through your records and pick the one you wish to listen to. When doing this consider the time of day, how’re you’re feeling and the weather outside, these are all important elements of the ritual.

Next, slide the record out of it’s cardboard case and pop it on the the turntable. Be sure to hold the album by the edges to avoid unsightly smudges.

After that set the correct speed for the turntable and set the needle on a sure circular course, lean back in a comfortable chair and let the music pour over you. A beverage of the listener’s choice is optional though recommended.

With the renewed interest in vinyl reaching its peak over the last two years, the fact that most of the bigger music franchises have been slow on the uptake on vinyl has been surprising.

As capitalism abhors a vacuum, many of the smaller independent record shops have rushed to fill the breach.

I spoke to Phil Barton, the owner and manager of Sister Ray, to talk about his shop and to try and get a better understanding of the vinyl market.

Since 1987 Sister Ray Records has proven itself to be a Berwick Street institution and a must for any visiting vinyl fan. I ask Barton what the ethos of the shop is: “Our aim is if someone comes in once or twice a month, they can always find something new. With most genres, we hope they can find something new even if it’s not what they wanted.”

A huge part of the current vinyl market is the resale of second-hand records and Sister Ray is no exception.

I ask where the shop sources its wares: “It’s kinda how you would expect us to find them [the records] really, I have people who source old records for me and sometimes we use the internet”

Barton tells me that there is a strict policy for buying records from sources at reasonable prices: “If you rip people off you’re not going to be in business long.”

Despite the boom in vinyl sales, Sister Ray still sells CDs. The shop, arranged over two floors, is set up so that the top floor deals with CDs and a very small selections of DVDs – “We’re trying to get rid of them,” says Barton – while the basement floor is exclusively dedicated to top vinyl.

Particularly rare and collectable records from every imaginable genre sit mounted on the basement walls overlooking the rows of the shop’s extensive stock. A Mecca for the vinyl faithful nestled in the heart of Soho.

Throughout our conversation, Barton and I have been talking as if vinyl had never left, which, seems to provide proof of its newly-re-cemented popularity.

The conversation moves onto the ‘whys’ of vinyl and Barton offers this, “With kids coming in and buying vinyl, it’s kind of a recognition amongst their peers that they’re buying vinyl and they’ve taken the time and effort into playing then they’re really serious about their music. People like being serious about their passions, it’s looks great and it’s just a great format.”

So why has vinyl survived where other formats have died? “It’s like the original Coke bottle, like the Volkswagen camper van, it’s the perfect design. Everything about it just seems right, the artwork, the sound. It’s perfect,” Barton affirms.

It was at this point that we ended our conversation, but something that Barton had said earlier in the interview sticks with me.

I mentioned the fact that 2015 was a peak year for vinyls and Barton said “I think it will surpass it next year. I know for sure it’ll still be there, even if we can’t make money off it.”