The return of Slovakia’s radical right 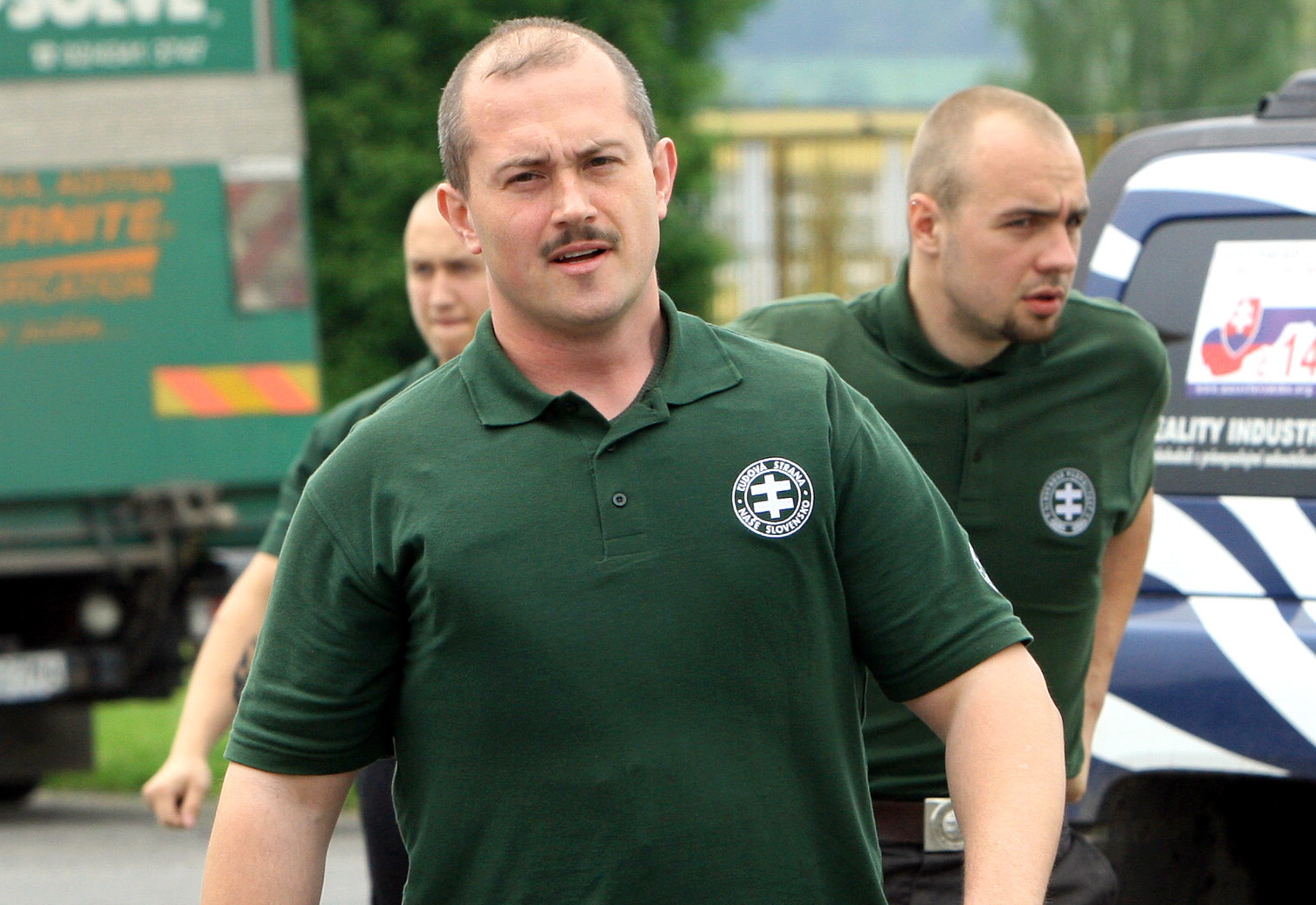 As the migrant crisis intensifies and European countries struggle to come to an agreement on how to handle the issue, anti-migrant feeling is once again on the rise across Europe.

Right-wing populists have been enjoying considerable success in recent years, with parties such as Front National and the Sweden Democrats increasing their support in their respective countries as Europe struggles to deal with a crisis that has affected each and every corner of the continent.

This has particularly been the case in East Central Europe, where those on the frontline have veered sharply to the right, turning their backs on the liberal democracy that has been a mainstay of the EU since its inception.

Viktor Orbán – seen by many as Europe’s only far-right leader – has led Hungary for the second time since 2010, most recently storming to a majority in the country’s last parliamentary election, whilst Poland once again find themselves ruled by Law and Justice, a right-wing, populist, and Eurosceptic party that have often been unashamedly outspoken with their anti-migrant views.

As a result, a pattern has been emerging across East Central Europe, one that has not only led to the rise of right-wing populist parties but has also resulted in anti-migrant and Eurosceptic language more firmly penetrating the views of those within the political mainstream.

This has certainly been the case in Slovakia, a country that is continuing to strengthen its anti-migrant beliefs as the crisis wears on.

As such, calls to put every Muslim under surveillance and take the EU to court over its demands to house 2,300 refugees in the country are no longer coming from those on the fringes but are now being uttered by Robert Fico, Prime Minister and leader of Direction – Social Democracy (Smer), a party that has swung sharply to the right in response to the refugee crisis and the impact that it is having on popular discourse.

Heading into this month’s Slovak parliamentary election, Fico, whose hard-line stance against the EU resulted in him leading polls by quite some distance, was expected to achieve another positive result, with some even predicting that his party would be able to make gains on the 83 seats that it held after a strong showing four years ago.

However, it was not to be, as Smer suffered miserably, losing 34 seats and 16.1 per cent of the vote, their lowest share since their third-place finish in 2002.

While it would make sense to assume that Fico’s adoption of anti-migrant rhetoric was the reason for the party’s electoral woes, the parliamentary election results paint a very different picture.

Slovakia’s struggles with the migrant crisis and the increasing legitimisation of right-wing populist language has resulted in an increase in votes for parties firmly on the right of the political spectrum, and this in turn has led to voters abandoning the more “mainstream” Fico for more overt nationalists that flirt on the fringes of extremism. 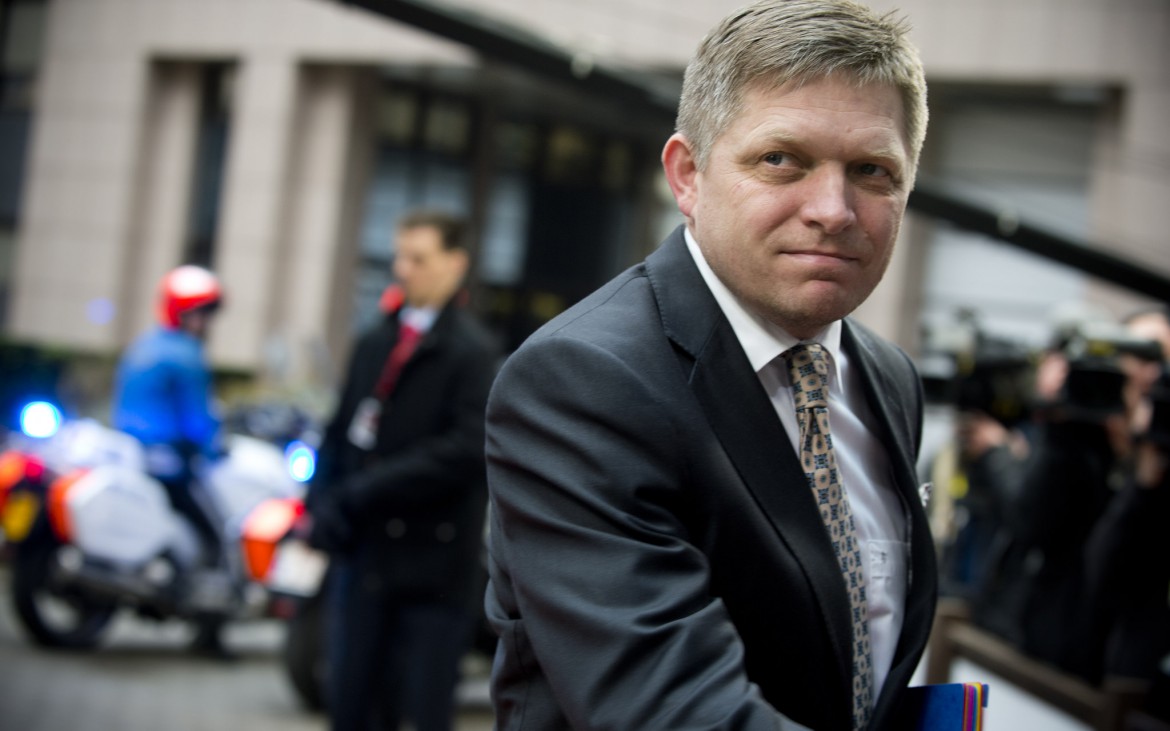 As such, the main story to come out of this month’s Slovak parliamentary election was not Fico’s loss of votes but the increase in support for the far-right People’s Party – Our Slovakia, a group that in the past have unashamedly signalled their support for fascism and now occupy 14 seats in the Slovak National Council thanks to their ability to win 8.04 per cent of the vote, almost double what they achieved just four years ago.

Their leader is Marian Kotleba, a right-wing extremist who is no stranger to raining on Smer’s parade.

In November 2013, Kotleba beat a representative of the ruling party to become the regional governor of Banská Bystrica and hold office for the first time in his decade-long political career.

The 38-year-old is a former leader of Slovak Togetherness – a nationalist organisation that was temporarily banned by the interior ministry for “activities that incite hatred and national, racial, religious, and political intolerance” – and until recently was known for his penchant for dressing in a uniform modelled on those worn by the Hlinka Guard, the militia of the Nazi-backed Slovak People’s Party during the Second World War.

The similarity in the names of the two parties is no coincidence; Kotleba has previously described living under the rule of the Slovak People’s Party as “like living in heaven”.

His manifesto is full of right-wing populist beliefs that appeal to the country’s disillusioned and socially conservative working-class voters, which was evident in the party’s strong showing in deprived areas that have exhibited hostility towards Slovakia’s Romani minority, a frequent recipient of his ire.

Just last month, Kotleba referred to members of this community as “Gypsy extremists” who “rape and kill”, whilst also claiming that “police, led by the interior minister, protect thieves and parasites”, an echo of an earlier claim of “unfair favouring of Gypsy parasites” by the Slovak government, one that resulted in him being indicted for hate speech in 2013, only for the decision to be overturned.

In the run-up to this month’s parliamentary election, Kotleba’s face could be seen plastered on billboards with a simple slogan: ‘Stop Immigrants!’

Unsurprisingly, alongside anti-Romani outbursts, Kotleba’s campaign revolved largely around the migrant crisis, resulting in him becoming a visible presence at countless anti-immigration demonstrations across the country.

It is a tactic that has worked, and particularly with first-time voters – 22.7 per cent of 18 to 21-year-olds chose to back Kotleba’s far-right extremists, the highest of any party support from that age group.

Slovakia’s sharp turn to the right was further highlighted by the increase in popularity of the right-wing populist Slovak National Party, an organisation that has seen its share of the vote rise as a result of the country’s response to the refugee crisis.

After suffering a disappointing seventh-place finish in 2012, this month’s parliamentary election returned the nationalists to the National Council with 15 seats, their highest number in a decade.

No strangers to controversy due to their anti-immigrant views and flirtation with fascism, the National Party expelled its former far-right leader, Ján Slota, in 2013 and has since adopted a more moderate tone and image in an attempt to return to parliament.

Whilst they did manage to double their share of the vote, the total was nonetheless lower than the 10 per cent that they had been polling in the run-up to the parliamentary election, suggesting that voters to the right of the party may have left for the People’s Party, who have now taken up the National Party’s extremist mantle and, with it, the first-time voters who are backing their beliefs.

The rise of the radical right in Slovakia has caused problems for Fico, who, despite his adoption of anti-migrant rhetoric in an attempt to win votes, now has a huge task on his hands if he is to remain in power.

Without a parliamentary majority, the current Prime Minister is required to form a coalition, but with six of the eight parties refusing to work with him, his chances of doing so are slim.

For now, all eyes are on Fico and whether or not he will be able to construct a coalition, but they will also be closely watching the People’s Party, a group that, fuelled by anger and distrust, are set to see their popularity continue to rise as the migrant crisis intensifies further.