I grew up in Park Royal in West London, and went to West Twyford Primary School. At 11, and living within walking distance of West Twyford High School, the natural choice was there.

I wasn’t accepted, because neither me nor my family were religious. West Twyford is a faith school of the C of E (Church of England) denomination, described by the Fair Admissions Campaign as having the most extreme admissions policy they have ever seen.

Points were awarded to parents who were involved in church life, through activities such as “flower arranging” and “bell ringing”.

This led to an intake where 10 per cent of students were eligible for free school meals, compared with 24 per cent of the local public, making it the ninth most unrepresentative school in the country.

This example isn’t limited to secondary schools, with primary schools such as St John’s Church of England in Croydon also having 7 per cent of pupils eligible for free school meals whilst the proportion of the local public stands at 29 per cent.

In 2013, the Schools Adjudicator stepped in and decreed that Twyford High School was breaking the Schools Admission Code in a multitude of places, most importantly that the list of church based activities constituted required financial and practical support for a place of worship, which was not allowed.

Despite this, the taxpayer funded school’s official admissions policy still revolves around a system where points are awarded for the length of time and regularity that parents of the child have gone to church, with extra points awarded for C of E worshipers. 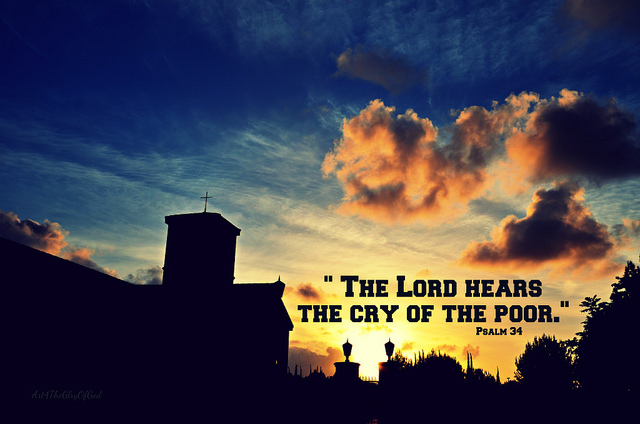 My dad explained that there seemed to be an unspoken rule where parents in and around Ealing who wanted their children to get into Twyford High started going to church a few years before applying there.

This appears to be the case in many areas. The idea of a churchwarden sitting at the back of the church to make sure parents don’t sign the register before immediately leaving again seems hilarious were it not under such perverse circumstances.

My parents refused to compromise their principles, eventually leading to us moving out of the area and to another non-religious state school.

Seeing the recent closure of Charedi Talmud Torah Tashbar school, an Orthodox Jewish school in Stamford Hill, for “severely restrict[ing] the spiritual, moral, social and cultural development of the pupils”, according to the Department for Education, made me wonder whether it was for the best that I didn’t go to Twyford.

Successive scandals regarding Jewish and Muslim faith schools after incidents such as the Birmingham Trojan Horse scandal have garnered media headlines, yet there are still also tensions with Christian schools.

Despite the government stating two years ago that schools teaching theories such as creationism would be ineligible for taxpayer money, many are still being funded, with only 14 of 91 schools found to be still be teaching this having funding withdrawn.

When you consider that of our 6,844 state faith schools (as of 2014), a whopping 6,587 are either Church of England or Roman Catholic, with 26 Methodist and 152 of other Christian faiths, in comparison to 48 Jewish, 18 Muslim and 8 Sikh schools, this brings cause for concern.

Clearly the overwhelming majority of taxpayer’s money is going towards Christian schools, yet religious dogma is still seemingly being passed off as scientific fact on the tax-payers dime.

The Catholic Herald, speaking on faith schools, stated that “It is inevitable that those who seek to engineer society to accord with their own agenda will recognise that the control of education is an important weapon. Karl Marx knew that when he proposed that the young should be taught from the earliest age how to be conforming units in a collective society. So we must accept that the secularists will lose no opportunity to imitate his approach”.

Clearly, the irony is lost on them.

Discrimination law has historically been a complex beast, with various legislation allegedly amalgamated and simplified into the Equality Act of 2010.

Gov.uk, the UK’s public sector information website, simply states that “Some forms of discrimination are only allowed if they’re needed for the way the organisation works”, for example:

This seems like a contradiction in terms. The fact that the government is making excuses for discrimination of any sort, in particular that funded with taxpayer money, makes a mockery of not just our shared values of tolerance and the ideal of a meritocratic society, but also the rule of law itself.

The taxpayer funded institutions that are seemingly exempt from discrimination law simply give this state of affairs an extra layer of distaste.

Faith schools are essentially exempt from certain aspects of the Equality Act, allowing them to teach Religious Education how they wish. Further to this, their inspection is not even run by Ofsted but “a person chosen by the governing body”.

In house, in other words, and all paid for by the state. Even more perversely, the Equality Act has continued to allow for schools, as employers, to discriminate against employees based on faith in a myriad of ways.

I spoke to an ex-pupil, Jonathon Morrison, to take a look behind the scenes, and ascertain the extent to which religion plays a factor at schools like Twyford. Was the concept of faith at Christian schools still an integral part of culture there, or is it all simply a farce?

Despite the overwhelming feeling that our state religion has gone through its great reformation, been humbled and slunk into the relative background of societal influence, this is far from the case.

Helped by a media focus on non-establishment religions with a tendency to be more outwardly militant such as Islam, the Church maintains a sinister stranglehold on many influential parts of society.

Up to 26 Church of England bishops, known as the Lords Spiritual, sit in the House of Lords, the unelected chamber of Parliament.

Chief amongst their recent progressive contributions to the chamber was a concerted attempt to de-rail equal marriage a few years ago.

The state also gives tax exempt status to the Church, as it is classified as a Charity under the Charities Act 2006, whilst spending £25 million last year on NHS chaplains, enough to pay for 1,000 junior doctors.

Ironically, any of these states of affairs would be completely illegal in the United States, being as it is a country with a Constitution explicitly prohibiting the establishment of a state religion under the Establishment Clause.

The inherent social and cultural differences between us and America makes this state of affairs seem all the more bizarre, archaic and depressing.

However, whilst there is a passive tolerance within society this cycle of discrimination will continue, with generations of children being deprived of the education they rightfully deserve.

By Danielle Summer
9 Mins read
The representation of nuns through TV media today, is outdated, so we went to find out the reality.
Culture

By Will Drysdale
6 Mins read
Artefact meets a former resident of Auroville, and we examine the history and workings of the experimental town in Southern India.
Politics

Northern Ireland: 'Our happiness is debatable'

By Tom Tyers
6 Mins read
A debate over the understanding of LGBT+ issues in Northern Ireland has been sparked by comments made by two leading DUP members who spoke sympathetically towards the practice of conversion therapy.