The death of courtship

Inside the world of reality dating

Love. It has similar neurological effects to that of cocaine. Humanity’s greatest desire is to belong. It’s the greatest feeling on earth, apparently.

If you’re in a relationship or not, everybody longs to have the feeling of being loved, or giving love. Love is an urge you can’t fight. You can try, but you wont succeed. Its a primitive, biological fact.

In 2016, the most acceptable way to meet singletons is through the swipe of a finger. It’s a long drawn out process of playing ambiguous games and digital flirting, trying to find one’s “soul mate”.

People approaching their late twenties face the pressures of settling down quickly creeping upon them, especially an aunt or uncle bewildered at the possibility of you ending up alone with numerous pets.

Some of us have tried online dating, blind dates and trashy pick up lines, to no effect. The basic human need for attention is irrefutable. Dating isn’t easy, that’s for sure.

Yet the quest for love is directly at our fingertips. We have apps like Tinder, Happn, and eHarmony that are dominating the game.

It’s estimated that by 2040, 70 per cent of couples will meet online. Even now, one-in-five adults aged 25-34 years old have used online dating. The result of such adventures? Social turmoil.

Nobody seems to bat an eyelid at how detrimental dating apps can be. Everything is temporary with our modern society, nothing seems to be authentic.

A relationship is not like social media where you can sign in and out whenever you want. You have to be committed and willing, something we seem to have repressed. 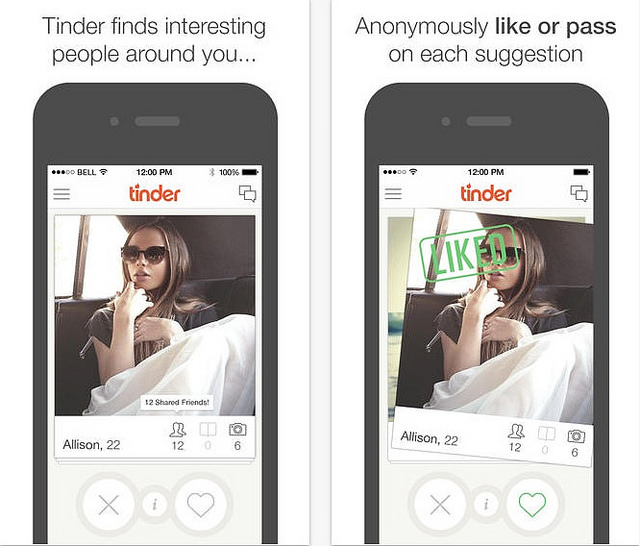 We reject sincere emotions for the substitution of a cheap social status, passive aggressively in our transitional society. These tribulations are the result of a disillusioned dating society.

Apps, online dating, TV reality and social status all supply our fabricated needs, but at what cost?

Conventional methods have been abandoned and replaced with “Netfix & Chill”, inflicting death to courtship. In reality, the guy on the platform singing a song with his guitar is just cliché.

So where do we turn?

As soon as somebody mentions reality TV dating we cringe. Some find it fascinating and recognise it as TV entertainment. It’s something some of us would never contemplate, for others its another opportunity. An opportunity that allows failed adventures another chance.

Yet we never acknowledge the reasoning as to why people choose to engage in these shows. Admittedly contestants are often used as puppets, exposed to amuse viewer interest.

They might more often than not play up to the cameras, put on a spectacle for us to watch. But deep down the majority, regardless of the programme, made the decision to try TV dating.

Have we contemplated that these ‘puppets’ may actually be determined to find genuine love, because the rest of the world has posed no luck?

Granted, your always going to get the egotistical characters trying to establish a career from reality TV.  Yet, scratch beneath the surface however and you have pure, emotional humans looking for the desirable feeling we all crave. Love.

First there was Blind Date: The original dating programme where contestants would adventurously push boundaries with sexual metaphors and sleazy wordplay, guided by Cilla Black’s whimsical one liners.

Blind Date gave singletons hope. It was raw, dramatic, and optimistic in its quest. Push 25 years forward and not much has changed.

Take Me Out is the Blind Date of today. In addition we have First Dates, Dinner Dates and The Undateables. These are all dating programmes that try to play cupid by setting up “meaningful” relationships, relationships that never last. Its a sad, but honest fact. Nevertheless, hopeful romantics don’t give up.

For those who have decorum and haven’t seen Take Me Out, its straightforward. You have thirty women standing behind buzzers, a man comes down a lift onto the stage, and the women keep their lights on until the mans “embarrassing” and “braggadocio” behaviour is enough. If the man has lights on at the end of the final round, he gets to elect his chosen one.

Take Me Out, and most TV dating shows, satisfy us with their flashing lights, easy comedy and sexual misery. And whilst the impact TV dating has had in changing our perception of romance, we cant compare our versions of real life to that of somebodies controlled online content. We all face our own troubles.

I had the pleasure of meeting two gentlemen who have tried their hands at reality TV dating.

Spirited Gaz Meredith is from Mansfield, Nottingham. He appeared on an edition of Take Me Out which was aired earlier this year. 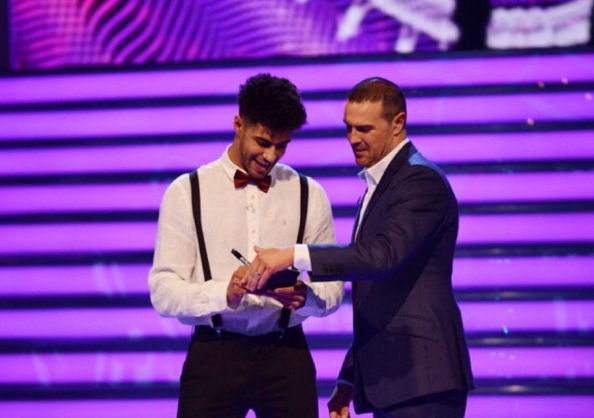 Gaz on Take Me Out

The Undateables is a programme about adults with disabilities or learning difficulties and the adventures they take whilst looking for love. Its compassionate, kind hearted and real.

Arguably one of the most uplifting TV shows to grace the nation, you are taken on a delicate journey.

And whilst the values in the two TV shows are antithetical, the premise is still the same. That uncontrollable passion we as humans have for love is installed in us all.

Twenty eight year old Alec was on The Undateables and is from Nottinghamshire. He told me he loves local clubs and spending time with friends.

Alec suffers from Chotzen Syndrome, a rare genetic condition characterized by the fusion of cranial features. “My experience was amazing. I have gained the confidence to approach women. I have made loads of friends too, and I don’t feel like I’m being judged all the time.” 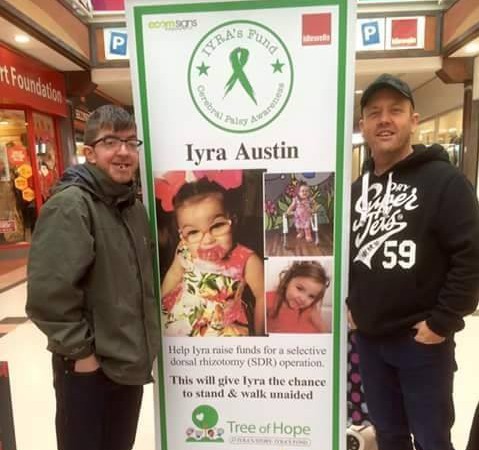 Alec and his local charity work.

TV dating is broadcast to entertain its target audience, yes. But the people are real. Its effortless to pass judgement from the comfort of our sofas on contestants when ones companion is by your side, but perhaps we should step back and reserve judgement.

Whilst the dating minefield may be corrupted by our false sense of expectation when it comes to finding love, we need to show more understanding.

It’s another avenue that singletons decide to embark on. Our frivolous opinions are irrelevant, and can prevent others from being happy.

It’s a hard task, albeit we are living in a complicated dating civilisation that is so problematic.

And as Valentine’s Day adds boundless pressure, alongside the daunting realism of ending up alone, we don’t have much choice other than to carry on our pursuit. Whether it be through dating apps, online, TV or even in a bar, its all life experience.

Never judge a book by its cover, especially when it comes to love.

You can find Iyra’s Fundpage by clicking on the link