Voluntourism: A waste of time and money

Can volunteering abroad cause more harm than good?

I’m pretty sure every 20-something has been offered the chance to encounter the ‘Trip of a lifetime’.

A chance to take part in authentic work placements in a developing country, still living in Western comfort. Experience exploration at its finest. Why say no to a fantastic opportunity – what’s the harm?

On the surface volunteering abroad, or “voluntourism” to some, seems like a fantastic way to fully experience a new culture whilst making a difference; being able to work with the local people to create a positive environment and using skills to achieve a number of tasks.

Volunteers have been known to take part in a variety of activities which include building and rebuilding, teaching English and caring for children.

There are a variety of organisations many of which offer package deals to your desired destinations. Here you can search in a variation of choices they have to offer almost like a pick and mix or online shopping.

Each organization will include a selection of very enthusiastic travelers and their encounters along with disclaimers, which remind us of their ‘amazing and ethical standards and morality’.

However, once upon-a-time it didn’t ever cross my mind that all this so-called ‘voluntourism’ could actually have a negative impact on the very people volunteers are meant to be helping. Despite the notion that ‘all volunteering is good volunteering’ – does it all seem too good to be true?

At first glimpse, there isn’t really much to it. You can even sign up online in few minutes without actually having to meet anyone.

There are pages of accounts from a variety of travellers all writing about this being the best decision of their lives – all there to reassure you that it is unforgettable.

Running alongside this run pictures of western travellers surrounded by children with beaming smiles, which seems enough to make you sign up then and there.

The trend, which has been a popular gap-year filler for over a decade often promising fun at an expense, has become a fast growing part of the tourist and travel industry particularly to destinations considered to be less developed.

Whether it is for rebuilding or teaching purposes, thousands of participants take part each year. Over 41,000 tourists from the UK visited Nepal in 2012 alone according to Channel 4’s series Unreported World.

Volunteerism has come under fire from a leading UK-based charity Tourism Concern.

It has been reported that these young travelers could possibly be causing more harm than good despite their intentions. In some cases, it has even suggested that volunteers might indirectly be helping support a new strand of child trafficking.

Executive director Mark Watson emphasises that although he recognises the commendable act of those young fortunate tourists wanting to use their resources to do good, it can result in harming the lives of the locals long term, whether it be orphan children or whole communities.

“Volunteers often have unfulfilling and disappointing experiences; volunteer placements can prevent local workers from getting much-needed jobs; hard-pressed institutions waste time looking after them and money upgrading facilities; and abused or abandoned children form emotional attachments to the visitors, who increase their trauma by disappearing back home after a few weeks.”

Despite the increase in popularity, the “voluntourism” trend is proving to be more detrimental in the long term.

Although these tourists generally have all the right intensions and offer their supports as well as physical labor, sadly it can have a very opposite impact.

The unfortunate fact is that this business is encouraging a number of problems in the developing world. Problems which are exacerbated by the volunteering trend.

Researchers have found that this desire is encouraging child abandonment and in some cases kidnapping. A lot of money can be made from a young impoverished child.

The demand for children in poor circumstances is high and it has become hard to regulate. If a child is being called an orphan, there is less chance to find where does the family live, if any.

What is deplorable is that these unknowing tourists are exacerbating the issue. Many critics have argued that there must be a new way to regulate volunteerism and avoid illegal activity.

For a number of these placements style volunteering, they are more commonly short term and just this can cause a variety of complications.

Regularly these placement opportunities which, are more commonly short term, can end up causing a range of issues for a whole lot of reasons.

Firstly, if the work being carried out is being done by the volunteer, it takes away the work from those who may be more skilled and more importantly, who live there. This means that these locals are being stripped of labour opportunities.

Why give a job to a skilled person when you can get it done for free? This makes the requirement for paid work much lower. In a place which is already dealing with poverty and financial obstacles, they often resort to using volunteers.

However, this is just the tip of the iceberg. In some cases, the volunteers will be asked to carry out tasks such as bricklaying, plumbing and other jobs, which require a substantial amount of experience.

Despite having no practical knowledge this happens in many cases but can cause hazards. These building have no longevity and have to be rebuilt; something that costs extra money and time but can easily be avoided.

Sarah volunteered for an orphan children’s shelter in South America for two weeks in 2014. 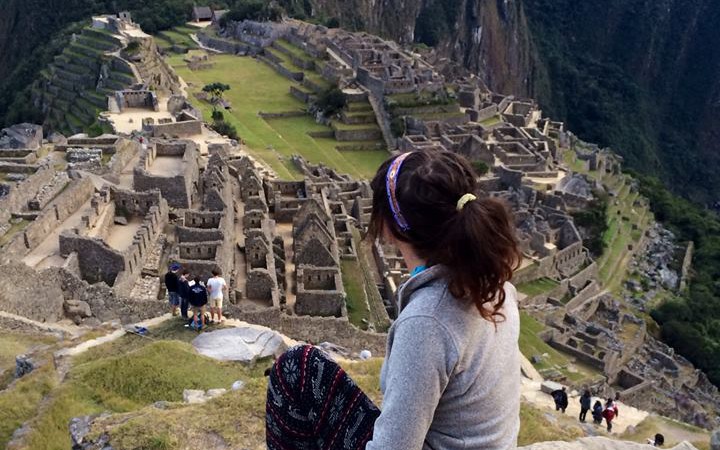 “Supervisors gave us a talk about what we would be doing and the things we would encounter. We were told that we would be repairing a wall in the school dinner room. It seemed a little weird seeing as that none of us knew what we were going.

“If this was in the UK there would have been many more regulations, particularly if children were around. A week later on the last day we could see they were pulling the repaired parts down, when we asked why we were told that the cement hadn’t been mixed properly and it was unsafe. It seemed a bit of a waste.”

For many of orphans that have been through a number of distressing experiences despite having only lived a short while, stability is key. These life complications can lead them facing attachment issues with some of the volunteers.

Toby knows all too well about the negative impacts this can have:

“We were encouraged to take part in as many activities with the kids as possible. They had said that these children needed attention  due to the circumstances they had been exposed to.

“Many had lost their parents or entire families. With no one to look after them or give them the required amount of attention this  could lead to premature depressive signs of neglect.”

Showing a lot of attention to a child who is often one of more can be handled by the short staffed low paid care results to an immediate bond.

However if you’re only there to stay for a short period of time and they find that the children become attached to volunteers who then leave shortly after. We are bombarded with this photographs showing children filled with joy and excitement, but what happens once you leave? 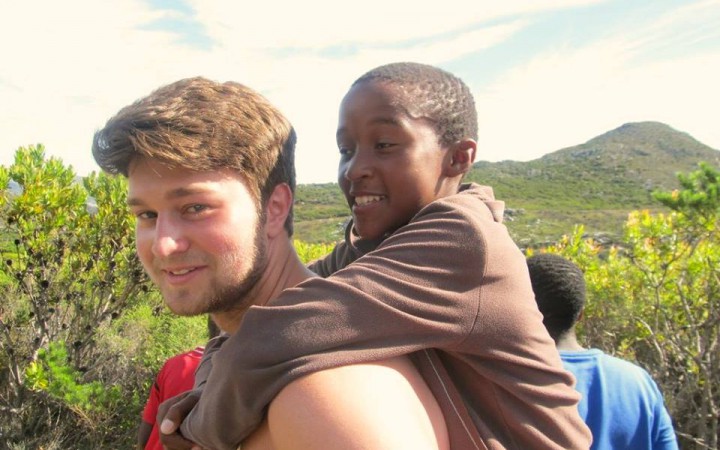 Toby in Kenya courtesy of Toby

“You can see the sadness in the children’s faces. Although some of them are as young as babies they still know what’s going on and it’s heart breaking.  I felt selfish knowing the conditions I would soon be back to and the conditions they would remain in,” Toby said.

There is a new occurrence of tourists who, normally used to a life of privilege, are being flown off to slums and other places where poverty still remains an issue.

A city slicker dabbling into the life of the extremely poor as some kind of taster or life lesson not being able to fathom how one could possibly live like this every day; the thought of this so-called attraction seems somewhat patronising.

The only thing that would come to a sane person’s mind is disapproval. That people are seeing opportunity to sell the lives of impoverished communities to privileged tourists who are reminded to keep their hands and feet inside the vehicle as it is were some kind of a South African safari. Rather than sharing meaningless pity, a call for education is needed.

Tourism Concern, like many other charities have come up with strategy to give all the necessary information to travellers waiting to volunteer abroad in a more ethical way.

Volunteering abroad can be done but it needs to be done following the right procedures as well as taking the right considerations into account.

This means more education for the volunteers and more regulations being put in place to protect those who are the most vulnerable.