Latest IS video shows use of PGP encryption 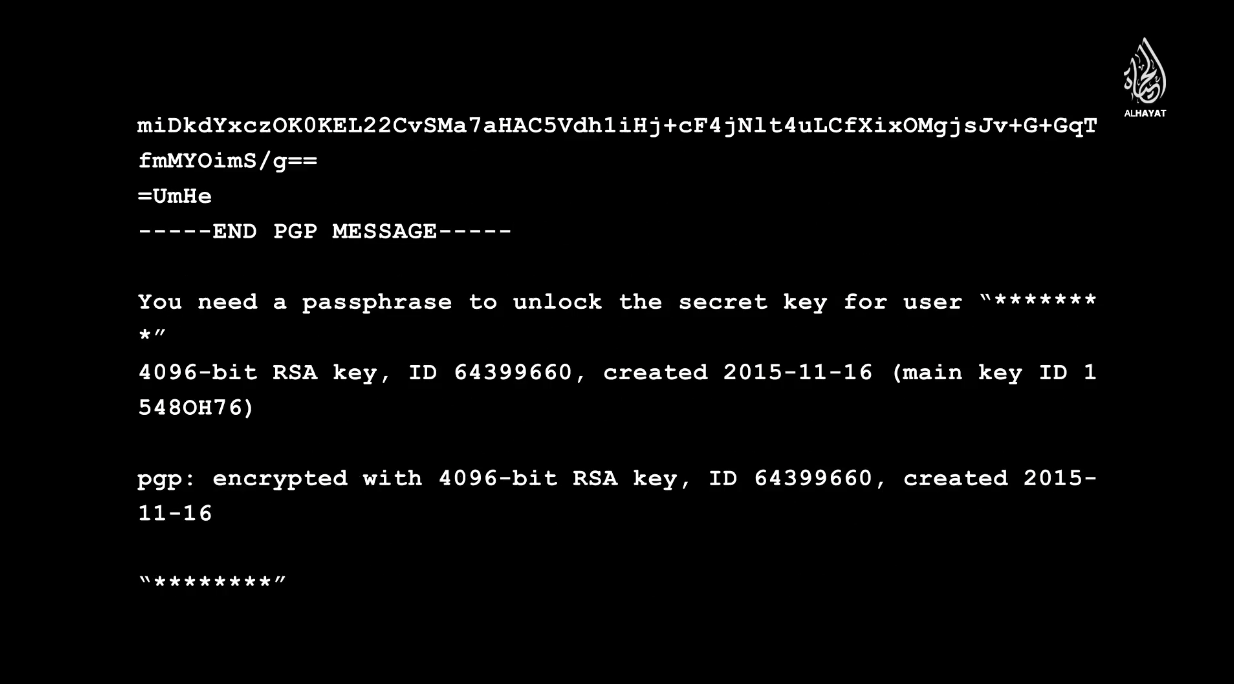 Daesh, or the so-called Islamic State (IS) have released a new video via the Al-Hayat Media Centre, appearing to show the terrorists of the Paris attacks.

The 17-minute video portrays the militants as glorified heroes perpetrating attacks in France and calling all jihadists to attack the United Kingdom.

The video shows footage of well-known landmarks in London, as well as the British Prime Minister David Cameron and the speaker of the House of Commons John Bercow.

The hollywood-style video starts with a sequence of encrypted PGP messages being decoded, with a list of the targets which were attacked in Paris two months ago.

PGP is the abbreviation for “Pretty Good Privacy”, a powerful data encryption and decryption software created in the 1990s; it allows users to share messages, texts, e-mails and other files confidentially.

With its use of cryptography and a complex formula of algorithms, this software is considered to be digitally ‘unbreakable’.

In theory, to decrypt an encrypted message with this system you will need hundreds of really high-powered computers and a lot of time on your hands.

PGP works using electronic pairs of keys: one is private while the other is public. The public key of a sender is used to digitise the message for the recipient – the private key allows the recipient to decrypt the message received.

Yet in the online world and hacking community you can find tools which use PGP; these programs are more accessible for the public, like the free open source email and chat cross-platform Mozilla Thunderbird.

Why is Daesh showing their use of PGP in the video?

The video sets the scene by bringing inconsistencies to the findings of the attacks in Paris. The French intelligence agencies (DGSE) have found that the attackers were in three groups during the attacks, and not in five groups as mentioned in the video.

By using PGP it demonstrates the military capacity Daesh has in the eyes of the world. It also uses professionalism to increase the propaganda value of this video, which threatens European countries, with a focus on the United Kingdom.

According to experts, the techniques and hacking skills used by IS are not very advanced, and their use of cyber operations have not been prominent recently, with non-encrypted messages texts used in mobile phones before the attacks in November.