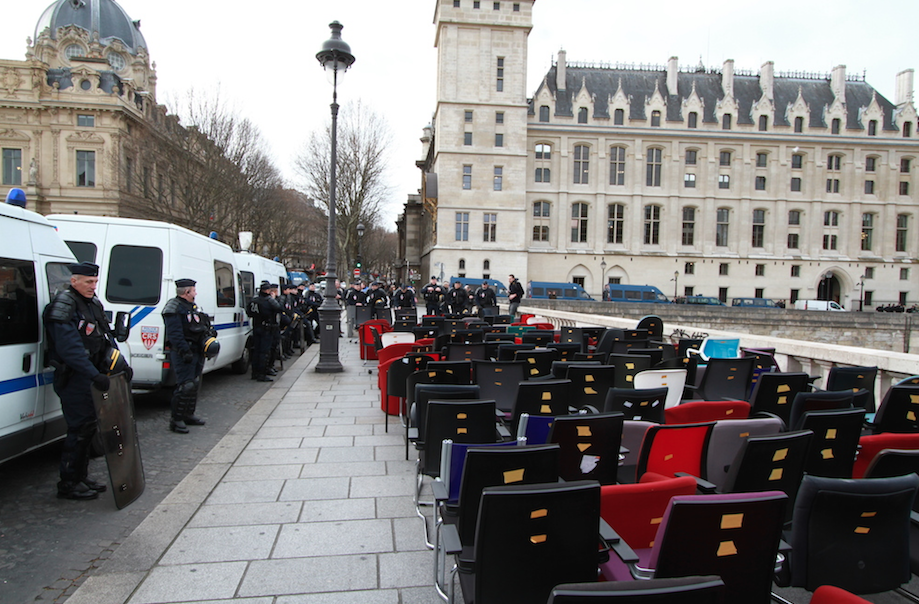 200 activists have returned to the Palais de Justice in Paris to hand over chairs they have been collecting since last year in protest against tax havens.

The move was timed to coincide with the start of the trial of Jacques Cahuzac, France’s former budget minister who resigned in 2013 after it emerged he once held an undeclared Swiss bank account and had lied about it to parliament.

The activists met in front of the Place de Chatelet near the Ministry of Justice for a march towards the Palais de Justice, carrying the chairs with them.

The French police blocked access so the protesters couldn’t get inside the hearing, while the group said: “To judge a man isn’t enough; it is the trial against fiscal evasion that we must start.”

“To judge a man isn’t enough; it is the trial against fiscal evasion that we must start.”

Around 196 chairs were appropriated from 39 bank branches from HSBC and French bank BNP Paribas before the start of the Climate Change summit in Paris last December, to back the activists’ claims that the finance needed for the global warming crisis could be found in tax havens.

The action was set up after disclosures of hundreds of documents leaked from banks involved in tax evasion were published in international newspapers. 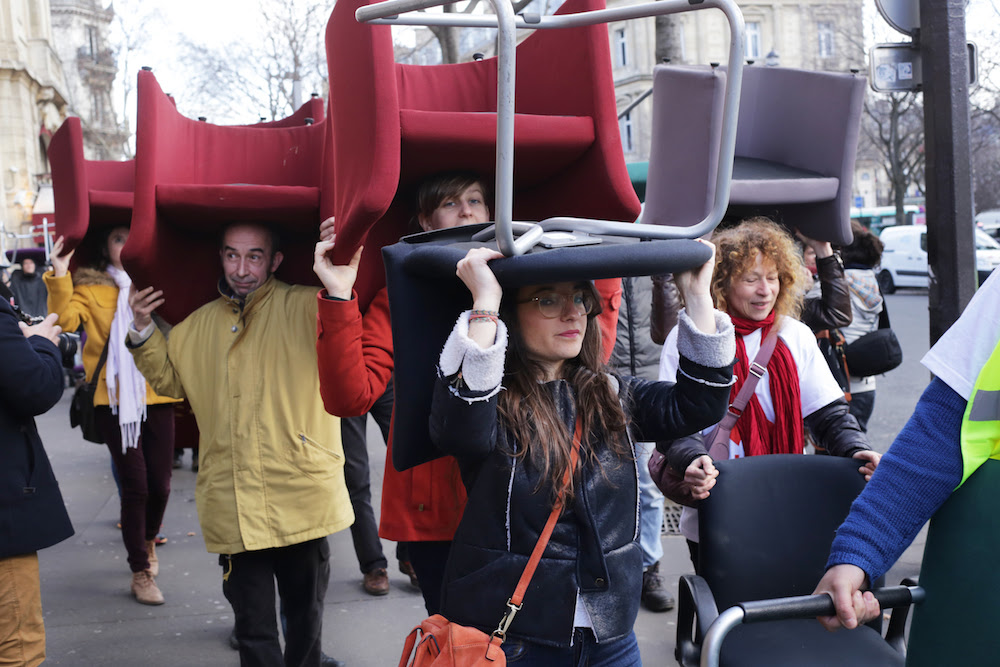 The militants who organised the action, Non Violent Action COP21 (ANV-COP21), took the chairs for a people’s summit in the Alternatiba Village, an anti-COP21 festival showcasing alternative living.

After a public call from well-known academics, artists, politicians and unionists last September, the group began to collect chairs from various banks who had been exposed as tax evaders.

“All actions that we have led have been non-violent and we have clearly showed our faces, to draw attention to the situation of impunity which the tax evaders have profited from,” said Jon Palais, spokesperson for ANV-COP21.

The activists said the authorities’ focus should be more on tax havens and banks such as the French BNP Paribas or la Société Générale.

“We are now in a context of austerity and mass unemployment with a climate crisis,” says Malika Peyraut, who works at Friends of the Earth, adding, “ever more than before we need to mobilise funds that will allow the ecological and social transition.”

“While the government pretends to reinforce the fight against fiscal evasion, more than 3,100 jobs have been lost since 2010 in the French non-ministerial tax collector (DGiP),” says economist Thomas Coutrot, who also works for the alternative globalisation movement Attac.