The Arab Spring: five years on 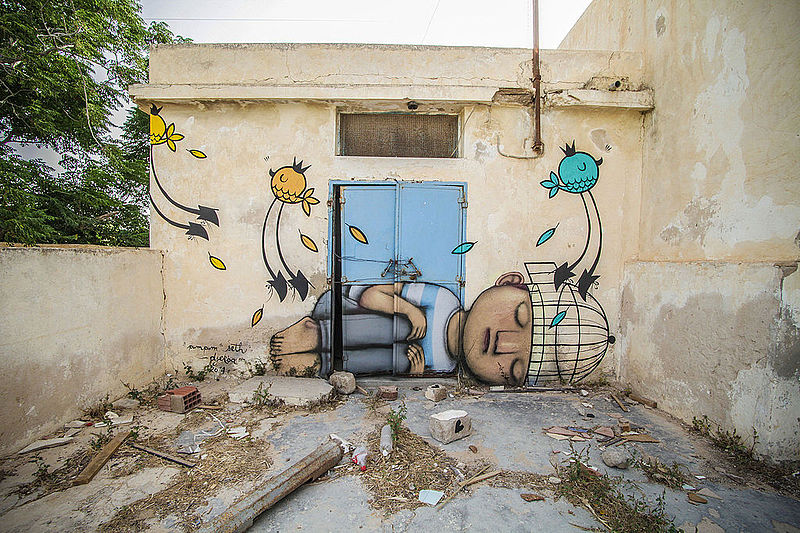 Five years after the Arab Spring, Tunisia is still facing unrest after protests and clashes erupted between the police; young people demand to ‘work or die’.

The conflict exploded on January 16, 2016 after a young man died during a protest, resulting in a nationwide curfew.

The 28-year-old man, along with other young men and women from his town, demanded the right to work after being left unemployed for many years.

Many of these protesters came from one of the poorest town in Tunisia, Kasserine.

This town was said to have been neglected by the government since the 2011 revolution. The economic and social problems Kasserine and neighbouring cities face aren’t new to the Tunisian people.

The current climate brings anger and delusion to the young generation, which after all didn’t get much from the repressive and uncertain political regime.

Tunisia was the starting point of a new revolutionary era for Arabic countries. A place of hope and reform for the youth, who had dreamed of a new political class starting to engage with the democratic process.

Five years on we have seen that the political transition in Tunisia was executed relatively well, but the economic transition is yet to happen.

“The place is chaotic: unemployment, poverty, drugs, thefts, robberies, violence against women and gangs’ turf wars are what we witness everyday,” says Sami Moez, a Tunisian blogger from the Ennour district, which was at the heart of January’s clashes in Kasserine.

In Kasserine, there is 26 per cent unemployment rate compared to the 18 per cent national rate; life expectancy doesn’t go beyond 70 years old compared to 77 in coastal towns, and half of the households don’t have access to drinking water, compared to 90 per cent in the country.

“Kids hang out in the streets; as there isn’t much to do after school,” says Sami. He tells Artefact that near these schools there are meeting points for drug dealers and jihad recruiters. “We’ve been abandoned,” he says.

After the Arab Spring, Kasserine became known as a very dangerous and threatening place, since the most violent and bloody clashes erupted inside the town.

A few miles from Kasserine there is the Chaambi mountain, where Islamists have settled near the border with Algeria.

Proclaiming the reign of an Islamic caliphate, they visit and offer food and water to the jilted families in the mountains in return for religious and political support.

“Last month a customs officer was killed near his post control,” Sami tells Artefact, adding, “he was seen as an informant, an enemy of the Islamists.”

A month after being assigned as the governor of Kasserine, Chedly Bouallague claimed: “There isn’t any security threats, the maquis [Islamists] have been dismantled.”

“Kids hang out in the streets, as they isn’t much to do after school”

According to officials, the area is now under military control, yet Sami tells Artefact armed Islamist maquisards are still operating with the group known as Jund Al-Khalifah, a militant Islamist group that claim to be a branch of the Islamic State.

Journalists have a hard time getting into Kasserine and the smaller villages that surround the Chaambi mountain.

In order to access these remote areas, journalists must get prior permission from the government and stay with the military during the trip.

The political control over the media left Kasserine and its neighboring towns in a state of neglect, where little information about the lives of the civilians is known, both within the country and abroad.

For the people of Kasserine, this exclusion is not a recent phenomenon.

The three ruling tribes, the Frachiches, the Madjers and the Ouled Tlil, were rejected because of their constant resistance to the capital’s political power.

Dr. Bahri Rezig, a professor at the Tunis Engineering School, argues the fracture comes from the economic hard line the government took.

“Even during Bourguiba’s time [in power] neoliberal policies were in place, he says, refering to the political decisions president Habib Bourguiba made in the 1980s with the International Monetary Fund (IMF), often criticised by Joseph Stiglitz for damaging economies in developing countries with inadequate policies.

“Even during Bourguiba’s time [in power] neoliberal policies were in place.”

Bourguiba agreed to let the IMF apply its policies to focus on mass tourism and exports, meaning the government invested in coastal infrastructures, neglecting the regions which weren’t close to the sea.

As in many other countries who followed the IMF recommendations in the 1980s, Tunisia’s policies led to the 1984 bread riots.

One of the consequences of the IMF regulatory structure was the increase in cereals’ price, which led to 73 deaths in Kasserine, according to state officials at that time.

The political alignment in favour of richer and touristic areas stayed in place during Ben Ali’s presidency, which lasted for two decades.

Kasserine hasn’t benefited from any regeneration or a development governmental plan.

“Since the closing of borders and the ban on counterfeit goods with Algeria, the situation has worsen,” says Sami Moez, who follows the latest government’s tweets and official statement on public policies.

Kasserine is a city that has always been on the fringe with the political diktat.

The first protests which sparked fire on the revolutionary movement in December and January 2011 in Sidi Bouzid, spread to the neighbouring town Kasserine, which lost many of its inhabitants.

The civilians who died during the revolution were later proclaimed as ‘martyrs’, after many of them were shot by the military under Ben Ali’s command.

Many were young men, leaving families and friends in this destitute place.

“Give me work or I will die”

Sami is 28 years old. He lives with his aunt in Ennour, one of the poorest area in Kasserine, let alone in Tunisia.

Sami went to university in Tunis and completed his mathematics degree in 2010.

Since he graduated, he hasn’t found any jobs that fit with his diploma, so from time to time he works as a waste picker to earn 150 dinars, the equivalent of 52 pounds.

“It’s still money in the end that will help me and my family,” Sami tells Artefact. He contributes financially at home to support his aunt and younger nephews.

Sami is one of the “unemployed graduates”, whose numbers are sky-rocketing in numbers since the Arab Spring.

According to official figures, two-thirds of the unemployed graduates are under 40 and live with their parents or relatives.

The riots in Kasserine two months ago started with the death of Ridha Yahyaoui, a 28-year-old man who was electrocuted after he climbed a pylon to protest against his removal from a recruiting list in the public service.

In the poorest areas such as Kasserine, working in public services is the only way to get a stable job for young people where unemployment rate is more than 30 per cent.

During the riots, which started in Kasserine and spread in Tunis, to support the Kasserine youth, many graduates sewed their mouths shut in protest against the lack of jobs in the town.

In January, Tunisian Prime Minister Habib Essid decided to sack Kasserine’s administrative official after he was under scrutiny for allegedly changing the recruiting list.

The Prime Minister came back from the World Economic Forum in Davos he was participating in, to ease the social turmoil in his state. He said that the situation was “under control”.

Yet unemployed graduates and their families are still angry and desperate at a time when not much is being done.

Unemployed graduates constitute one-third of the unemployed in Tunisia, a group that struggle most in getting a job.

“The lack of adequate infrastructure is what has been driving unemployment in those regions,” says Dr. Rezig Bahri.

In Kasserine there are few working routes, and near the Chaambi mountain groups of Islamist militants guard the border area, 30km away from Algeria.

The government’s latest plan to add 23,000 jobs in the public sector is seen as insufficient to curb the high unemployment rate among the young population.

For graduate Sami Moez, more should be done inside and around Kasserine, such as the construction of roads, access to water supply and newer economic strategies to attract businesses and investors.

Infograph by the author via Piktochart. Feature image by Galerie Itinerrance via Wikimedia Commons

What happens to the workplace now?