Watches: from necessity to social peacocking

In the age of state-of-the-art technology, smartwatches, smartphones and a new concept of luxury, the watch is still the most expensive accesory with investors willing to spend more and more on an impressive timepiece.

Nowadays in social contexts people look at your watch to determine things like your social position, level of education, taste, and of course wealth.

A little gadget invented simply to tell the time, the watch has become a staple item that seems to track back a history in creating a specific social status of the possessor.

According to Ariel Adams, timepiece expert and editor of aBlogtoWatch, “If you pulled a pocket watch out of your coat in 1750 you were one hell of a big deal.”

The history of the highly coveted accessory can be seen in an impressive collection of old timepieces at The Clockmakers’ Museum in London, an independent museum situated on the second floor of the Science Museum in South Kensington.

The earliest watches available on display are all poor timekeepers, because the technology to produce very accurate timepieces did not exist back then.

In old days, the nation lived by solar time and while a watch would guide its owner through cloudy days and dark nights, it could not be expected to do much more than that. On the whole, old watches were very finely and decoratively made and could perhaps be compared with today’s ‘executive toys’.

Sir George White, The Consultant Keeper of the Clockmakers’ Museum told Artefact more about the evolution of watches: “It is important to understand the way in which the nation’s timekeeping evolved, from solar and sidereal methods of establishing the time to the electronic means of today.

“In the early days, accuracy was unnecessary and anyway unachievable, but as the centuries moved on technology moved with them.

“Most importantly, the desperate need to be able to produce a watch or clock, sufficiently accurate to enable navigators to find their longitude when at sea, forced clock and watchmaking to the forefront of european science.

“The invention of chronometers and deck watches for this purpose, at the end of the 18th century, in England, revolutionised the timekeeping of domestic watches too and so the design and technology of watch cases underwent rapid change in consequence. The extraordinary story of ‘finding the longitude’ is told in a cheap but wonderful little book “Longitude” by Dava Sobel. It became a world best-seller.” 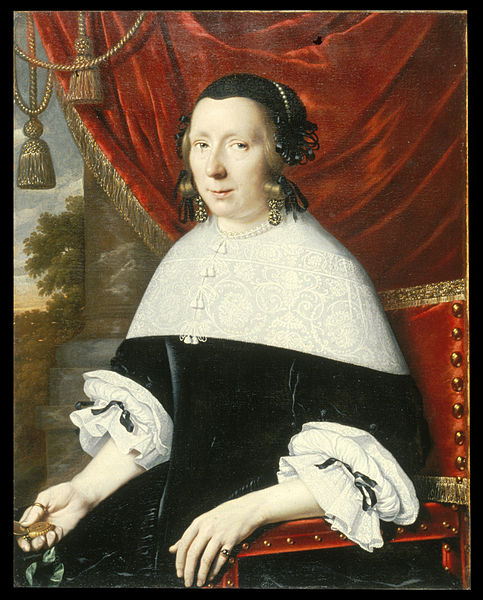 There is a common misconception that the wearing of fine watches has always been a male preserve.

A considerable number of the glorious pocket watches in the museum were undoubtedly made for women. Many of them contain parts such as fusee chains made by women. Authors such as Genevieve Cummins and Nerylla Taunton have explored historic portraits of women wearing watches as well as the way in which they were worn, in their  “Chatelaines” book published in 1994.

We spoke to Manchester based watchmaker Colin Andrews, Member of the British Horological Institute and specialist in luxury goods & jewelry. In 2011 he founded the Great British Watch Company with the ultimate goal of helping to regain some of the ground Britain has lost as a centre of horology.

Andrews believes the current styles of watches are very much a regional thing. He told us that “the larger watches are popular in the West now, with a lot of women buying men’s or junior sized watches too.

“In East Asia though, which is one of the largest markets for luxury watches, they prefer slim models” he added.

“I have seen an upwards shift in watch prices, particularly amongst the mid-end brands such as Omega and Breitling, since I’ve worked as a watchmaker.

“They are aiming to keep their exclusivity by moving into a higher price bracket. Conversely Tag Heuer, who were following suit until recently, have decided to go back and target the low-end portion of the mid-range brands, where they historically have always performed well. That’s around £1000-£1500 for a watch.”

In his view, the use of a watch has become less about function and more about style, “as a mechanical watch is at best accurate to +/- 5 seconds a day, whereas a mobile phone carried in everyone’s pocket is checked hundred of times per day via its internet connection.”

In countries with volatile governments it isn’t always a good idea to carry around a wad of cash and according to Ariel Adams, the solution is to invest in a good watch: “Many people end up buying luxury goods as a form of portable currency.”

Investing in a really expensive luxury timepiece is not always a wise idea. “Some collectable watches can be good investments, particularly those of limited production. But most watches will devalue over time. Usually the more expensive watches devalue at a slower rate than less expensive ones, mostly due to a captive market with a lot of disposable income” says Colin Andrews.

A vintage watch can still mostly be serviced in Andrew’s view, however, if a part has become worn or broken then it can be difficult to find a replacement. “Most brands of watch will either not repair older models or will have to send them to their Swiss head office” he added.

Sir George White also believes that the repairing of a fine mechanical watch is a very skilled job, requiring years of training and experience: “It always seems extraordinary to me that people are perfectly happy to pay huge sums to have their cars regularly serviced, yet when they take a watch in for repair, which has run continuously day after day, hour after hour for many years without attention, they seem shocked when they are asked to pay a reasonable rate for skilled work.”

Luxury timepieces are symbols of quality and status. The high prices reflect not only the materials, but also the talent of the designers and makers.

Artefact spoke to Jeremy Hobbins, Head Of Horology at Birmingham City University who believes the skills underpinning high end watchmaking are extremely complex and take a considerable amount of time to learn: “This skill invested in the piece is reflected in the value, which is arrived at via a complicated formula of actual value of material and manufacturing time, combined with the perceived value of the brand and complication of the item.” 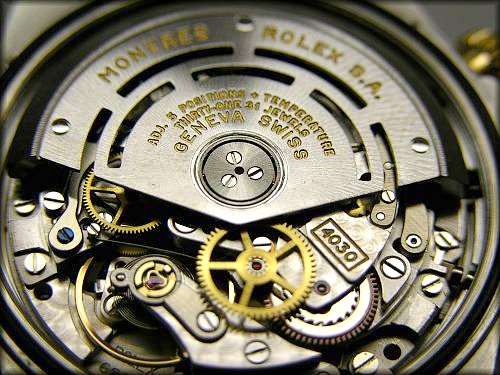 Machines are used to make majority of the components in modern watches, but the skills required for a luxury watch is what makes the price so high: “The traditional hand skills are required to finish each tiny element in a luxury watch so that the decorative finish and working function of the pieces combine together to make a very complex item with all elements working in harmony to achieve the common goal of accurate timekeeping.

Some bespoke watches can have the majority, if not all of their parts individually made by hand. The goal of phenomenal accuracy and reliability is determined by the quality of both materials and the skills in the making to create something that will last several lifetimes, if well looked after. Compare this with any other item and the prices become more comprehensible.”

Sir George White also believes there were good and bad watchmakers at all periods and that remains the same today: “It is very important indeed to understand precisely who made the watch, where it was made and what it consists of before buying it. The name on the front does not necessarily mean anything.

“As for the cost of making the watch, again it depends what it is. The movement of a modern mass-produced electronic watch can cost only pennies. Even mass produced mechanical movements can be very cheap.

“But a movement of a watch by say the late George Daniels or his successor Roger Smith can take years to make. While they may well be cased in gold or platinum, it is not in the precious metal that the cost lies. It is in the incredible skill and ingenuity of the maker.

“George Daniels began with nothing in the East End of London and ended his life as a multi-millionaire, with the reputation of being the world’s greatest watchmaker.

“And all was achieved through his own initiative and determined hard work. In addition to all the other troubles he had to conquer in life, he had his voice box removed because of cancer and yet taught himself to speak again.

“If ever there was an inspiration for arts students, it should be him.”

George Daniels’ story is highlighted in a few captivating interviews on WebOfStories.

Like everything else worn by humans, watches are, and always will be subject to fashion. In recent years men’s watches fashion has focused on oversized watches.

For expert Jeremy Hobbins, “big is beautiful!” While he believes the fashion comes from the perceived importance of having a technical instrument to hand: “The large style was driven by mimicking the oversized military watches worn by pilots to make them easier to see and use, and then with the fashion for “statement” becoming the driver behind the consumer’s desire for the big and tough.

Brand value comes into play heavily with owners wanting to ‘show off’ their wealth by wearing visibly ostentatious items.

Many in the world of watches believe the time for big is over and we are beginning to see a return to the classically “understated” quality timepiece on a gentleman’s wrist.

“There is probably a correlation with the textile fashion industry where extravagance of material became popular at a time of economic plenty before the practical constraints of size and austerity drove clothes to return to the tailored look rather than stay with the shoulder pads and wide lapels of the 1980s,” he added.

Jeremy Hobbins also believes a man’s social status is sadly very much defined by the watch he is wearing: “Just like the cut of a man’s suit defines his status, so does the perceived quality and value of the item on his wrist.

A watch is just another item worn externally to show the wealth of the individual, why else would the brands be so protective of their products to perpetuate the image that you only wear [one] if you can afford it!”

Drawing for the voiceless in Yemen

Living with an invisible illness

Are we spoilt by the luxury of too much choice?