In conversation with | Lisa Ronson 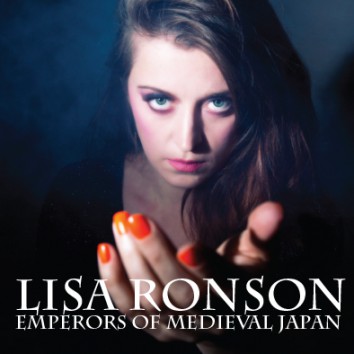 Her mother, Suzi Fussey was the stylist who transformed Bowie into the orange haired Ziggy in 1972.

Lisa is now following in her father’s footsteps in the musical path, working with many of Bowie’s collaborators along the way to make her debut new album.

Mick Ronson and Bowie changed the face of rock music forever when forming the band ‘Ziggy Stardust and the Spiders from Mars’.

As Ziggy Stardust states in the band’s infamous song ‘The kids that killed the man I had to break up the band,’ Ronson broke away from Bowie and moved on to create other music.

Meanwhile his musical talent has been passed down to daughter Lisa. The title of her debut album Emperors from Medieval Japan suggests there are some inner Bowie influences, considering the Ziggy costumes were designed by Tokyo designer Kensai Yamamoto.

The album, co-written by Lisa, is described by fans as ‘post-synthetic’. Working with numerous 70s and 80s icons there is a touch of synthesis in the album.

Featured appearances are from guitarists Earl Slick and Reeves Gabrels who between them has worked with David Bowie, John Lennon and The Cure.

The album includes Morgan Fisher who has collaborated with Mott the Hoople and Queen, along with Paul Cuddeford [Bob Geldof] and Terry Edwards [PJ Harvey and Yoko Ono].

Bites of Depeche Mode are heard in track threes One Lunar Month; the vocals throughout have similarities to punk band Siouxsie and the Banshees with the dark toned undertones.

Mixing with the sleazy saxophone and random piano notes brings you into the unknown world of what the artist calls ‘Medieval Japan’.

The guitar feedbacks resemble guitarist Daniel Ash from 80s goth band Bauhaus, creates an eerie atmosphere. Bowie’s DNA is felt throughout the album with the help of Earl Slick and Reeves Gabrels performing on the tracks.

With this being Ronson’s first solo record the artist now has the chance to expand her own ideas: “I get influenced by everything really. It could be something I have seen or heard, books movies: Everywhere!”

Much of the inspiration from Ronson’s album came from teenage years and growing up. After her father died from liver cancer in April 1995, she faced a difficult time without him around, being aged 15.

She imagines what life would be like if her dad was still here, speaking of how losing a parent in teenage years is a very difficult time. “You’re not old enough to have a adult conversation with them, but your old enough to remember them.”

Her deep New York accent gives away where she is originally from: “I grew up in Woodstock, New York. My parents were already in the music scene and Woodstock was just a liberal musical place to grow up”.

“I was studying accounting in university, spare of the moment I thought to answer to some ads of joining a band. One evening a few of us were puffing on a joint as you do and thought ‘hey I think i’ll join a band’. I then was performing in New York for 6 years.” She then moved to London continuing with her music. 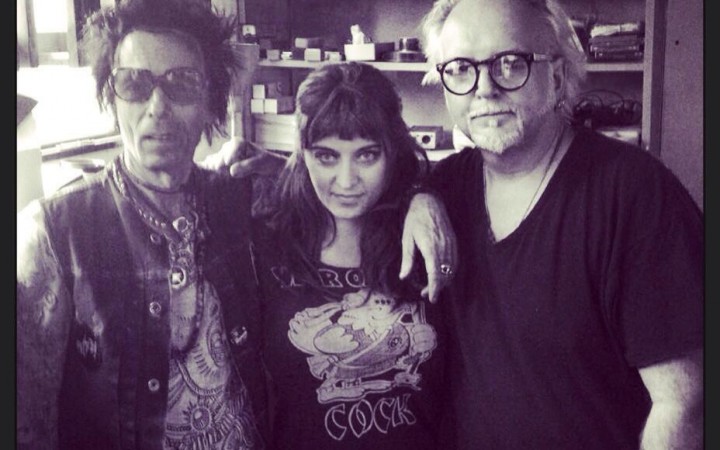 Toni Visconti has been a lifelong collaborator of Bowie, he has produced the 2013 comeback album The Next Day as well as Bowie’s parting gift to us all, the album Blackstar released earlier this year.

Working with Visconti and the Spiders From Mars drummer Woody Woodsmany, Lisa has performed with them on tour as part of the band Holy Holy.

Formed in 2013, the band consists of 70’ and 80’s artists, such as Soft Cells Marc Almond, and Spandau Ballet’s Steve Norman.

Ronson said how it was great to work with people who were so close to her dad.

“I have been just so lucky to have worked with people like Reeves Gabrels, Earl Slick and Terry Edwards. It’s been really wonderful working with those people.”

“I know that when Bowie was working on The Man Who Sold the World album with Visconti, that my dad auditioned and they really liked him. From then on Bowie sacked the rest of the band [Spiders from Mars] and got my dad involved where he brought his friend, Woody Woodmansey along as drummer.”

Speaking to The Independent earlier this year Ronson told journalist Emily Jupp how she enjoyed being connected with Woodmansey again.

“He’s really down to earth, really cool, very lovely, very engaging and a brilliant drummer. We talked about my dad, so that was nice to hear about their stories.”

Slick has collaborated with Bowie on several albums such as the 1974 Diamond Dogs, two years later moving onto Station To Station. Many of Bowie’s later albums include Slick, such as Heathen and the more recent comeback album The Next Day.

He also toured with the artist on the ‘Serious Moonlight Tour’ back in 1983 supporting the Let’s Dance album and Reality tour 2010. More recently he has been seen at the Brit awards earlier this year performing a tribute to Bowie.

Ronson tells me how grateful she is to be working with so many of her fathers collaborators. She mentions how she only met Bowie the once at a young age with a shy ‘hi’ at the Freddie Mercury ceremony.

It is clear she is guided by the talents of her father. In past interviews she has spoken on how he has left her with a memorable quote “It’s nice to be important but it is important to be nice.”

She explains further: “My dad taught me to be kind and considerate and just to be nice. He was just a really great guy, really caring and considerate of other people. So when it comes to how he has influenced me musically, I think its mainly that kinda stuff.”

Emperors of Medieval Japan is out now. Lisa Ronson is playing with and supporting Earl Slick and Bernard Fowler, to perform Bowie’s ‘Station to Station’ album in full on a three-date UK tour in April.