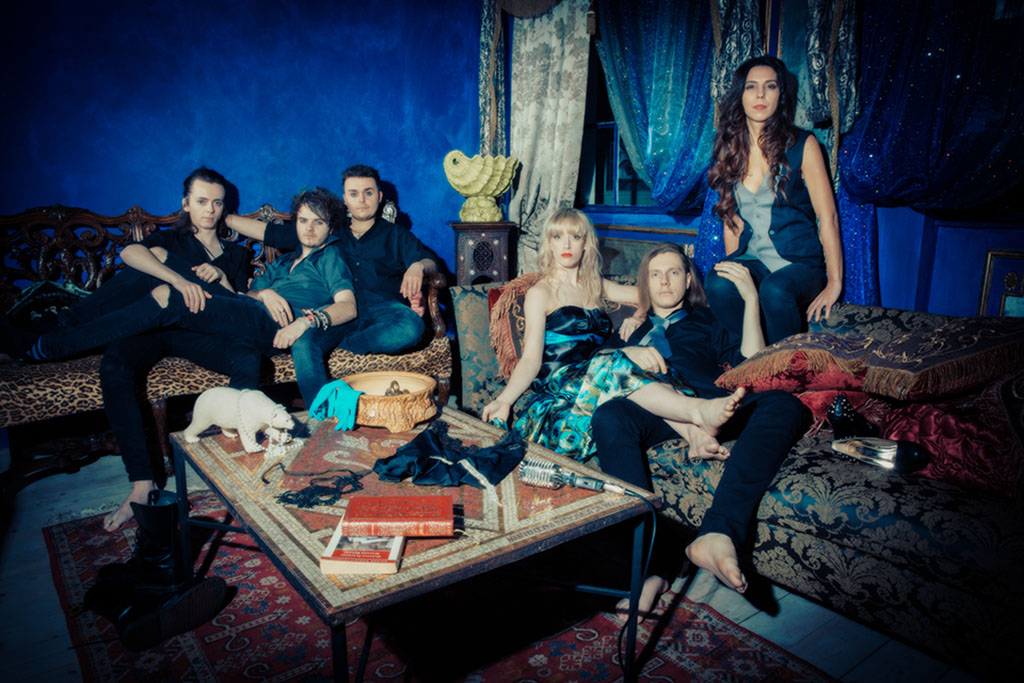 Lover has landed in 2016. “It’s a big mix of pop, rock and everything, it covers all areas” says Matt, the band’s guitarist.

While their musical influences stem from Patti Smith to McFly, the band are described as ‘where dissatisfaction is bohemian and vaguely Marxist in origin.’

We popped down to their first gig at The Garage, Islington to enter their rock-meets-punk-pop-synth world.

The newly-emerged six-piece group has expanded from their previous Vita and the Vicious band, which ended last year.

Each member plays a character, giving off a sense of mystery to their music. Perched on the cold steps of Highbury Corner Magistrates Court, away from the hustle and bustle of the venue, the band describe how being so different to each other creates their unique style.

Lead singer Sarah says: “Every member is different to each other. We are influenced by different people, so our music reflects different things. Which is why it works, we all have our own styles.”

With a drop of what could be seen as Lady Gaga in her performance, Sarah brings the band together with her deep voice and bold persona.

She tells me how Madonna’s strive for change in music is her biggest influence as a performer, suggesting we have other faces of Lover to look forward to.

Sarah says: “I have always followed Madonna. She has changed herself in her whole career. Every single year she is doing something completely different and influenced by something else. Thats just how we live right? We all change. I like that she’s a strong woman and she creates what she wants to create” 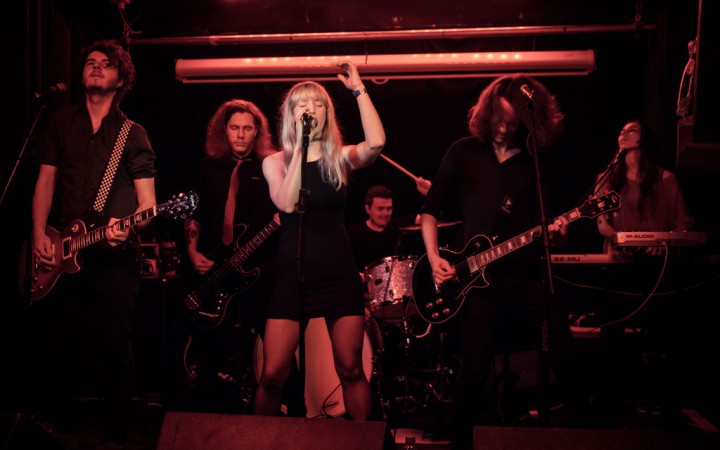 Lifelong friends and guitarists Andy and Matt wanted to keep their bond together after the break of Vita and the Vicious.

Their previous band was the support act to the Holy Holy tour- back in 2014, a group filled with David Bowie’s previous musicians.

Andy, who has grown up listening to a mixture of pop and rock with artists such as McFly and David Bowie balances the two different genres of music into the band.

He says how working with the Ziggy Stardust drummer Woody Woodmansey has influenced him music wise.

“It was a surreal experience to be on a tour bus with Woody, who I grew up listening too. We first met them when we was all in the corridor after coming off stage. The whole band came marching down and in a line shook all our hands, it was amazing.

“Woody said ‘just keep doing what your doing, you’re a good band. Keep gigging and play lots of shows and do what you can do’. I know a lot of people say that but for somebody like Woody to say that to us, it does mean a lot because obviously that has come from a big person in the music scene and it’s first hand.”

However, he states the seeds of his musical inspiration are developed from another band. “Everyone in the band gets bored of me saying it but I have always followed Danny Jones [guitarist from McFly] so everything I play or do, sound-wise and technique is all based on him.”

Matt tells Artefact how bands spanning different decades have influenced him and his guitar strings when preparing for the album.

“In terms of this album, specific guitarists like Johnny Marr, Mick Ronson and bands like The Strokes are who I have been listening to. That balance of the guitar in The Strokes, the way they do stereo guitar themes is so clever thats definitely inspired me for the guitar sounds we use on this album.” 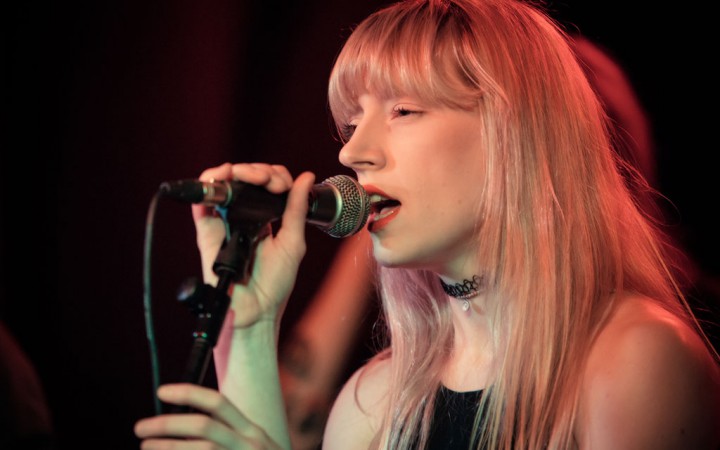 Adding a synth touch is keyboard player Florence. She mentions how they are all aware of what sound they want from the wide variety of music genres they are inspired by.

Sparks of early noughties band, The Gossip are heard in their new single alone in We Are Stars with the strong vocals of Sarah emphasising the bands attitude against The Ramones-like guitar sounds.

Florence says: “Different from everyone else here I look up to PJ harvey and Patti Smith in my music, because they do music how they want to do it, sending out a message as well. It’s artistic. They don’t just do it for the commercial, they do it because they want to.”

With already a festival bagged this summer and next month supporting the Earl Slick ‘Station to Station’ tour, after one single release I am excited to see what else will come from this new band this year.

The bands new single ‘We Are Stars’ is available now on iTunes.

Lover will be supporting the Station to Station tour this April and will be performing at this years Lytham festival in Lancashire this August.