In conversation with | Niina & Otto

Estonian duo Niina Keks and Otto Pierrotto are the masterminds behind the impressive London based UnSquare art studio, specialising in furniture and wall panelling.

Their work is a true showcase of experimentation and challenging boundaries.

The duo have utilized each other’s craft and created an array of products, that enhances the material, acknowledges the origin, while creating a distinct object that represents each of their interests.

Artefact caught up with Niina and Otto to find out more:

How did you find yourself in London?

Niina: We are both originally from Estonia. We arrived to London at slightly different times – I have been here almost nine years, and Otto three years. I actually moved to London completely on a whim that resulted from passing the entrance exam to a BA course in Central Saint Martins, so I thought ‘why not?’. I am sure, many people of the similar faith would say. I suddenly realised that all these years have passed and I am still here. London is definitely an alluring and exciting place to be.

Otto: I have lived here for three years and during this time there hasn’t been a single meeting where Londoners are not talking about London. Thanks Niina.

How did your journey evolve and lead to the studio being set up?

Otto: My journey has been quite eclectic. I studied theatre at a university in Estonia, where, through the set- and costume design, I discovered that I am more into the space of a room and the general ambience of that space. It turned out to be pretty useful in what we do now, in terms of the planning, composing, and design. Most importantly – creating the overall picture.

Niina: Painting and philosophy are the main areas I specialise in, and are reflective in my work. Having studied both in Estonia and in the UK, I graduated from Central St Martins in 2014, with a MRes in Art Theory and Philosophy. My painting is inspired by surrealism and I always strive to incorporate both a visual and meaningful interpretation in my work.

The story how we got to UnSquare Studio is a pretty long story full of happy coincidences, however in retrospect, it actually seems very simple and logical. It was driven by our mutual wish to create something different and aesthetically beautiful. And I do believe that if you really want something, you will achieve, eventually.

How did the collaboration transpire?

Otto: Our collaboration developed quite naturally. In fact, this is how it happened. I had just come to London to do my Erasmus and borrowed a camera from Niina, which unfortunately, or as it turns out, fortunately got stolen. I felt awful and being a student, I did not have the means to replace it, and I knew Niina needed to use it on an daily basis. Suddenly, a photography project came up, which would have covered the new camera cost. So, as we were already in the same boat, we took on this project together, and during it discovered that our collaboration was working out really well, and there was great synergy between us.

Niina: Yes, this is where the seed was planted. We decided we could do something together on a long-term basis.

Are there times where your ideas clash?

Otto: Of course sometimes our ideas clash, but mostly it comes down to the small details. Generally on the ideas and concepts, we hardly ever argue.

Niina: We also have same level of sympathy for certain materials such as dark wood or bronze.

Otto: But then again, we can argue over some tiny details for days, for example, the colour of the small flowers in the pattern, and none of us is willing to give in. If I think about it, then we mostly argue about the cold tones, which is interesting, the warm tones we seem to perceive similarly. 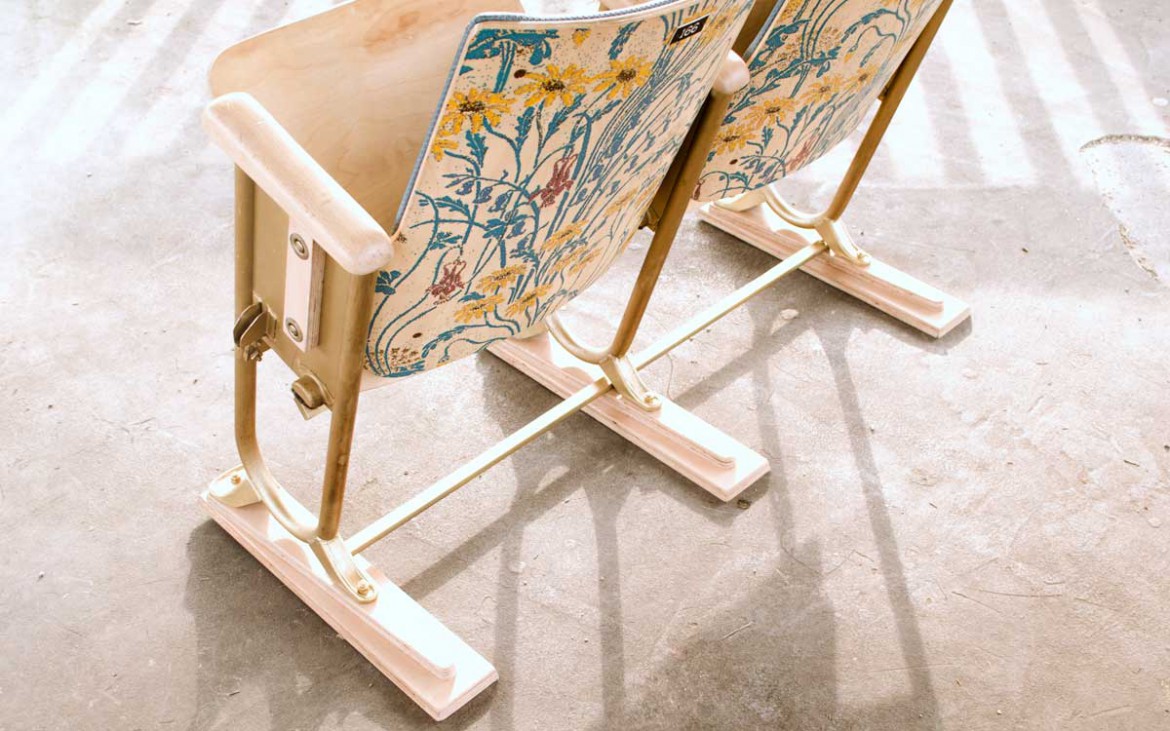 Historical patterns and trompe l’oeil are prominent throughout your work. How did these elements become so focal?

Niina: Throughout our work, we always strive to push the boundaries of traditional to become modern. Thus using the historical patters in a contemporary twist is really one way of doing this. Creating illusions is an idea we developed from the beginning through experimentation. It turns out its a formula that has been a success with our clients.

The wall panelling is interesting, as it provides a personal service for your clients. What is the design process? How do you source your material? Is there an art or design concept that inspires your work?

Niina:  In our case, working with a client is a two-way process, where it depends from the interior, colour scheme, the wishes of the client, etc. From there on, we create a proposal for the design, which can then be tweaked or modified according to the client’s wishes. So for example, if an interior designer wishes us to design a wall panelling to fit one of their projects and has a particular style and colours in mind, then we would work around it. Also, we are pretty flexible regarding the manual work – we can either just design and deliver the product, or we can provide the installation. We have formed steady relationships with companies that supply us with the raw materials that we use. 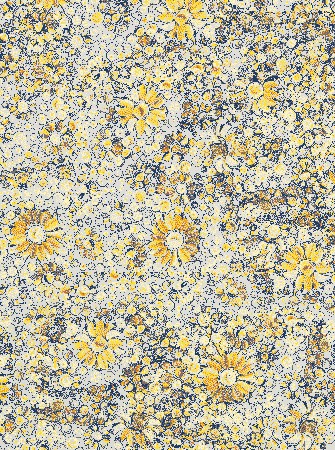 Actually, there is a concept that inspires us – it is totality. Our aim is to ‘patternise’ different elements in interior that would then create a ‘whole’. We have chosen these elements to be hard surfaces, as these are usually either plain or covered over with another material. So our aim is to make the hard-surfaces such as wood, metal, glass as backgrounds to the patterns, thus to ‘work’ with each other. This is also the reason why our patterns are not completely covered.

Modern tapestry concept is something that came along when we first spray painted our pattern onto a wooden board that was hung on the wall. The pixels of the pattern looked soft on the wood, and especially when looking from afar, created a fabric-like material. In fact, when we have participated in shows, people have always been drawn to touch the products, and this is because of this illusion…they almost want to make sure that it is really wood that they are seeing. 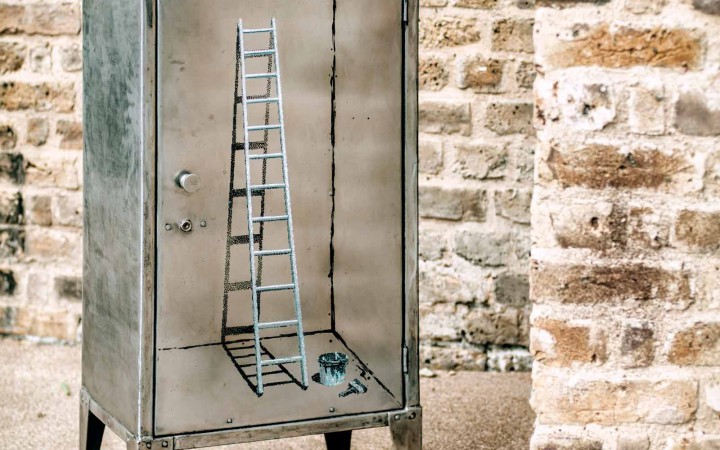 How important is the preservation of hand-craft?

Niina: There is a certain ‘humanly’ feeling about hand-craft, which I think people crave. So I believe that no matter how automated the world will become, this is something that will never disappear – in fact, I believe it will be cherished and sought after. We are really inspired by the Arts and Crafts movement, which has a great take on the relationship of craft and automatisation – it placed hand-craft above the machinery, but did not deny its usefulness as long as the machinery is skilfully mastered and produces good quality. At UnSquare quality is at the forefront, however, at same time, we really love to explore the technical innovations, and have been included in our work in some way or another. For example, in our Art Furniture project we use digital processes and laser-cutting technology to help us to create the imagery. However there is no machinery that could re-create the effect of spray painting by hand onto the furniture that has a human touch and a unique result.

It seems that people are seeking more and more to use independent brands, that have formed organically. You seem to represent that. Do you want to remain a close independent design brand, or are there plans to venture out?

Otto: The road to UnSquare Studio was indeed really organic. But when we first named it as such, we actually planted a seed for our bigger dream –  to create a platform, which would unite different artists/designers and be a place of experimentation, discovery and creation. At the moment it is only two of us, but I am sure there are more people out there who think alike and we are completely open to all sorts of collaboration. In fact, we would not be where we are now without collaborating with Tamara Broido from Reclectic and an amazing sculptor Jonty Hurwitz – as this was where UnSquare grew from, initially.

What’s next for UnSquare?

Niina: In terms of near future, we are working on three exciting projects at the moment: one of which involves flooring, and the other two art-installation and painting. But as they are all in a very initial stage, then it is a bit too early to disclose more details.

The duo’s Art furniture project won the Best Stand award at the 2014 East London Design show. Further work can be found on their website.

All images courtesy of UnSquare