Should we stay or should we go?

UK prime minister David Cameron has announced a referendum on whether Britain should remain in the European Union, to be held on Thursday, June 23. Potential exit of the UK from the EU is popularly called Brexit, which is an abbreviation of ‘British exit’.

The decision on whether to leave Europe or stay in affects not only British people but also the many Europeans who live in the UK. That especially applies to young people in the country who have the whole working life ahead of them.

How will Brexit affect Europeans who want to work in the UK? It would depend on whether the UK government decided to introduce a work permit system of the kind that currently applies to non-EU citizens, limiting entry to skilled workers in professions where there are shortages.

Those questions are uncertain at the moment but there’s a high possibility that if Britain leaves the EU, EU citizens in the country will have the same legal treatment that non-EU citizens have at the moment, which could make it very difficult for Europeans wanting to live and work here.

That creates a big challenge and discomfort for young Europeans who’ve settled in the UK. 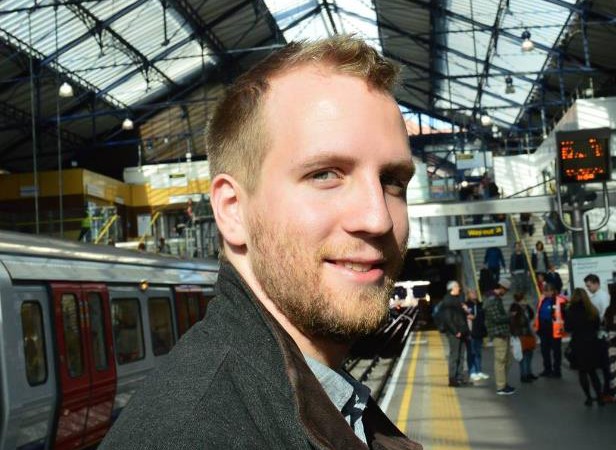 Deni Vitkovic is a 25 year-old MA Law student at Queen Mary University in London. He’s originally from Croatia and came to London last year because he wanted to experience life in Europe’s capital of business and to boost his chances of getting a job in a global law firm.

He’s very motivated to stay in London for good as he sees London as the city of opportunity and he highly enjoys the diversity and culture the city provides. But he admits that he maybe wouldn’t be here in the first place if the UK was outside of the EU.

That could potentially mean higher tuition fees and obstacles in terms of eligibility to live and work in the UK.

Deni is even considering leaving the country if the Brexit scenario happens: “In case the UK vote out I will have to seriously consider my prospects here. My intention to come here was never to use social benefits, but to contribute to the UK and the EU economy. If I am unwelcome to do so or unable to stay then I can do the same back home or in some other EU state”.

Although he has certain distress concerning the outcome, he still feels mostly positive about it and thinks that the UK citizens will decide to stay in with an approximate 60 per cent vote to stay in.

“In a moment of refugee crisis and the raise of EU extreme-righties, Brexit would not only economically damage the market but also the European values, protection of peace and moderate politics. It is crucial that the UK public take that into consideration,” Deni concludes. 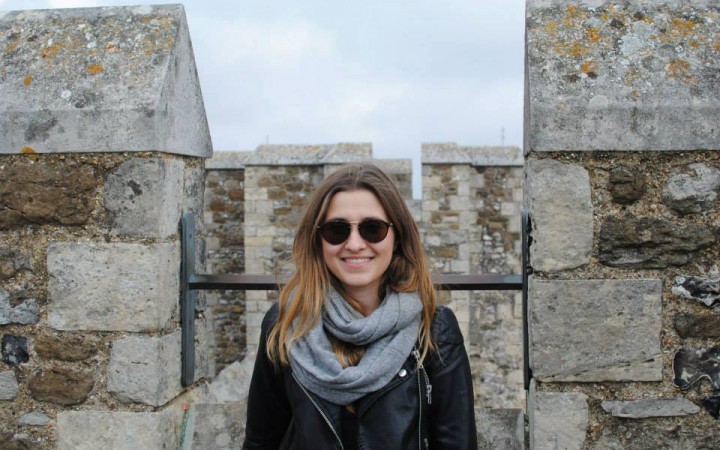 Miriam Schmidt is another young European in London concerned about Brexit. She is a 22-year-old German student who’s finishing her BA in economics and working as an intern for the Insight Investments which is one of the largest asset managers in the UK.

Like Deni she sees her future in London: “I really enjoy living in the UK. The writing my dissertation at the same company where I did my internship last year. As a world financial centre, London is a key market in the consulting and insurance industry and I am obtaining a job in that field. Also, there is no other city in the EU where you have such a cultural variety”.

She says that if the UK had been outside of the EU when she first came here last year that would have an obstacle that would have forced her to stay in Germany. She hopes that the UK will remain within the EU because she sees only disadvantages for the UK if the Brexit happens.

Since Miriam is studying economics, she is principally looking at the issue from a financial angle: “I think the GDP will decrease, as well as the investments from foreign countries and also, the trade with European countries will be more difficult and all of that will cause the suffering for the economy”.

She says that if it will affect the UK to the extent of having another financial crisis like the one in 2007, she will even consider leaving the country. 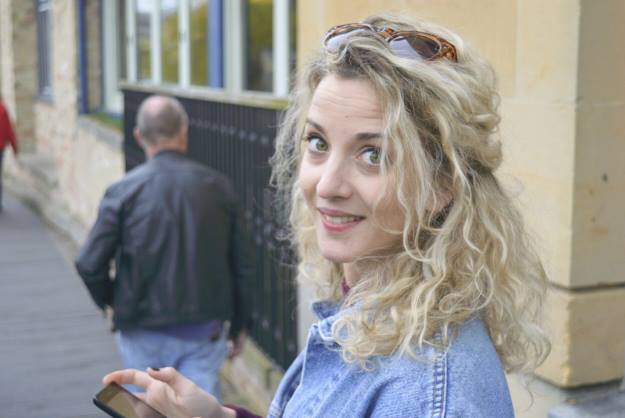 Barbara Skender is another European with a London address. She is a 25 year-old biologist from Croatia, who’s currently working as a waitress but her intentions are to find a job in her field, experimental biology, and to settle in the UK.

She came to London five months ago and she likes her life here. She came because she couldn’t find a job in her field of study back home and also because she was in England many times before and she fell in love with the country.

She says that if the UK wasn’t part of the EU, she would have definitely considered coming here more carefully. Also, if Britain leaves she would try to do everything possible to stay legally but she’s very concerned about the outcome.

Barbara thinks the UK will stay in the EU but if the reverse scenario happens, she believes it will have negative consequences for the UK: “I think it will cause political instability for the rest of EU, possible referendums for leaving the EU in other EU member countries and higher unemployment rates”.

Aleksandra Koson is a 24 year-old fine art student from Poland. She came to London last year because she believes London is the home to the best art schools in Europe.

[pullquote align=”right”]I think there will be a huge problem with immigrants who are already in UK. I doubt they will just ask everyone to leave.[/pullquote]She enjoys her London life and she would like to stay after her graduation next year as she wants to gain some experience working in an art field in the creative centre of Europe.

Aleksandra wouldn’t have come to London if the UK wasn’t part of the EU as the tuition fees would have been too expensive for her. She hopes that the British citizens will decide to stay in the EU but even if they leave she isn’t too worried about it.

“I think even if the UK leaves the EU, it will take some time for them to deal with immigrants and probably there will be special treatment for people who are already working and studying here so I am not worried about it right now. I think I will stay here anyway,” she says

However she thinks that wider social issues that the UK will have to face in the Brexit scenario are quite problematic: “I think there will be a huge problem with immigrants who are already in UK. I doubt they will just ask everyone to leave. For sure a lot of people would stay here, even illegally and work illegally. Maybe there will be a problem with fake visas and people will try to have those to be able to stay.”

[pullquote align=”right”]I think young people are generally more impacted by some of the changes because they are much more likely to be moving within the EU and want to have the right to work in another country.[/pullquote]There is no doubt that the Brexit scenario will make things more complicated for people like Deni, Miriam, Barbara and Aleksandra, who are highly motivated young professionals. They want to contribute to the British economy with their skills and knowledge and they came to the UK with the best intentions.

But European youth is not the only reason why Brexit could be harmful. Referendum outcome is vital for the future of young people in general and potential leaving will not only make things more challenging for European youth but also for their British counterparts.

According to pollsters in the UK, age is the most crucial variable in determining the outcome and it’s clear that the vast majority of British youth wants to stay in the EU. For instance, 70 per cent of full-time students in higher education said they would vote for Britain to remain in the EU in a referendum and just 13 per cent said they want to leave according to a national survey of 1,000 students by the Higher Education Institute and Youth Sight Monitor.

While young people are in favour of staying in, that isn’t the case when it comes to older generations. According to the YouGov polls 63 per cent of those aged over 60 want to leave. What is problematic is that YouGov states that around 7.8 million pensioners intend to vote compared to only 1.4 million 18 to 24 year olds. 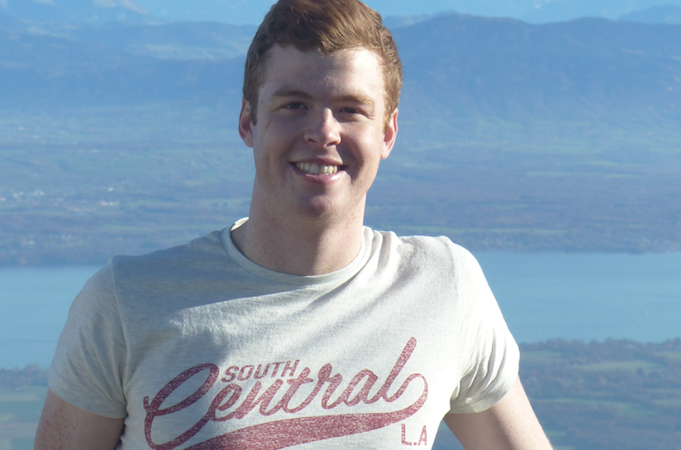 Alex Houlding is 23 year old economist from Essex who feels strongly that Britain should remain in the EU. Since he is an economist, he also raises the economic issues that may follow Brexit.

“I think there is a massive amount of risk and uncertainty associated with leaving the EU in terms of what will happen with the British economy such as trade deals with other European nations,” he tells us.

He’s very interested in Brexit campaigns, not only on a personal level but also because the outcome of the referendum is significant for his job: “The company that I work for, which is a management company in London, they’ve been making plans if Britain does leave the EU, they’ve had to move a lot of their business from London to Dublin so that would be a very direct impact on my work”.

Alex also explains why young British people want to stay in the EU as opposed to older generations who are in favour to leave.

“I think young people are generally more impacted by some of the changes because they are much more likely to be moving within the EU and want to have the right to work in another country. I also think that the EU is all we have ever known if you are of my generation, and it’s much harder to see the world outside of that when the older generations have seen the world outside of the EU and people have a tendency to look back on things in a kind of favourable, nostalgic way”.

His opinion is that a lot of people are content with being in the EU but not that politically interested or motivated to turn to the polls: “I think the votes will be closer than people’s actual beliefs so I think we’ll remain but I’m scared that there is very genuine risk we can end up leaving”.

There is no doubt that the time prior to the referendum will be full of interesting debates as the outcome is unpredictable and the social and economic consequences could be drastic.

As we can see, European but also the British youth are interested in the topic as the aftermath is crucial for their future.