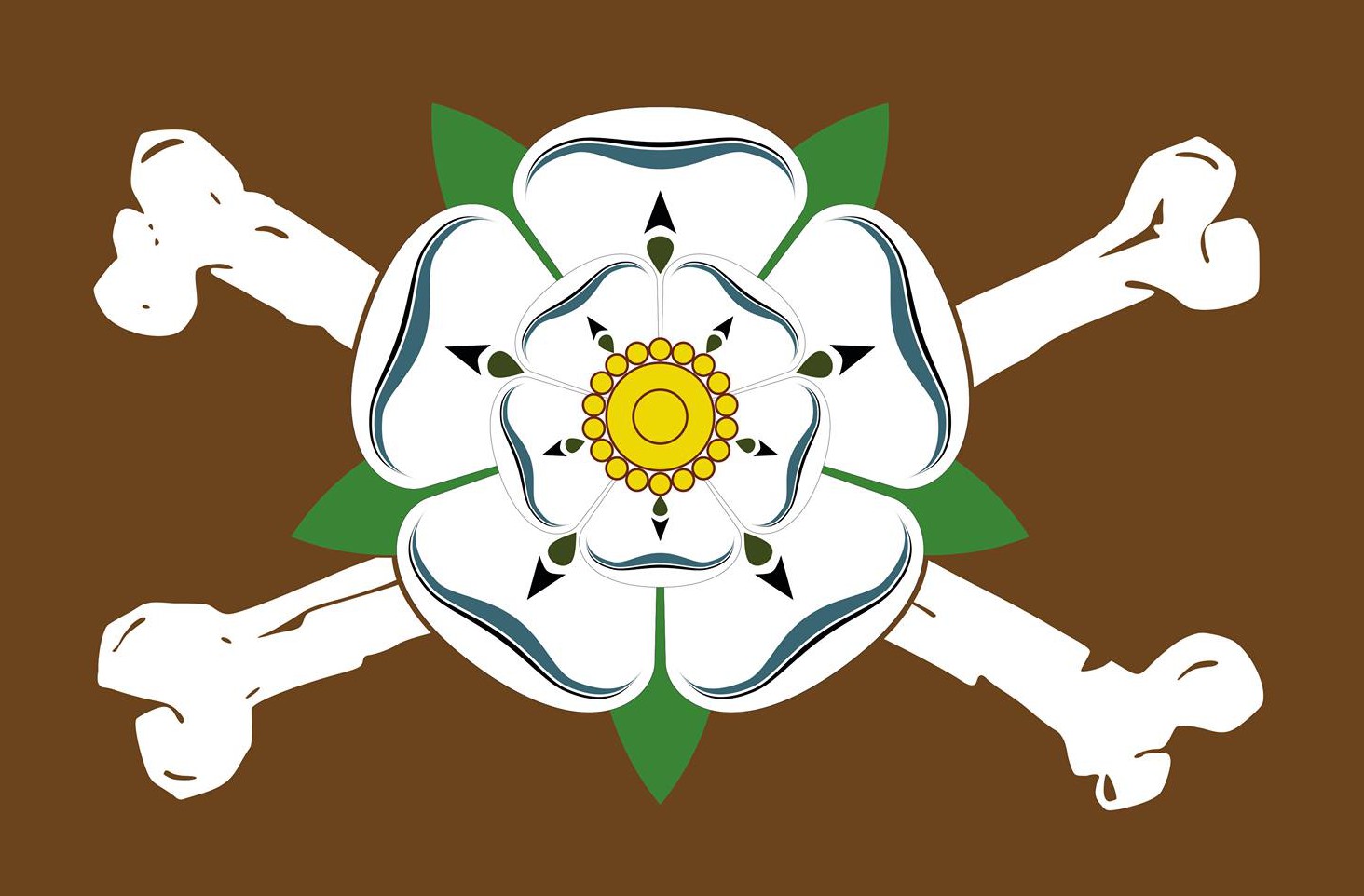 Formed in 1905, nothing out of the ordinary characterised the first 80 years of their life; struggling to match the success of local rivals Hamburger SV whilst battling with financial difficulties, there was little to distinguish St. Pauli from the plethora of other West German sides that had slipped far behind the country’s big guns.

Located in the area of Hamburg from which they take their name, St. Pauli found themselves firmly in the heart of a politically radical transformation by the time the mid-1980s rolled around, with the local cafés, pubs, and squats becoming the centre of the city’s increasingly visible leftist movements.

Fans were often involved in organised demonstrations over issues such as squatters’ rights and low-income housing, whilst clashes against neo-Nazi hooligans from other German football clubs — a problem with which the country was struggling during the 1980s — were not uncommon. 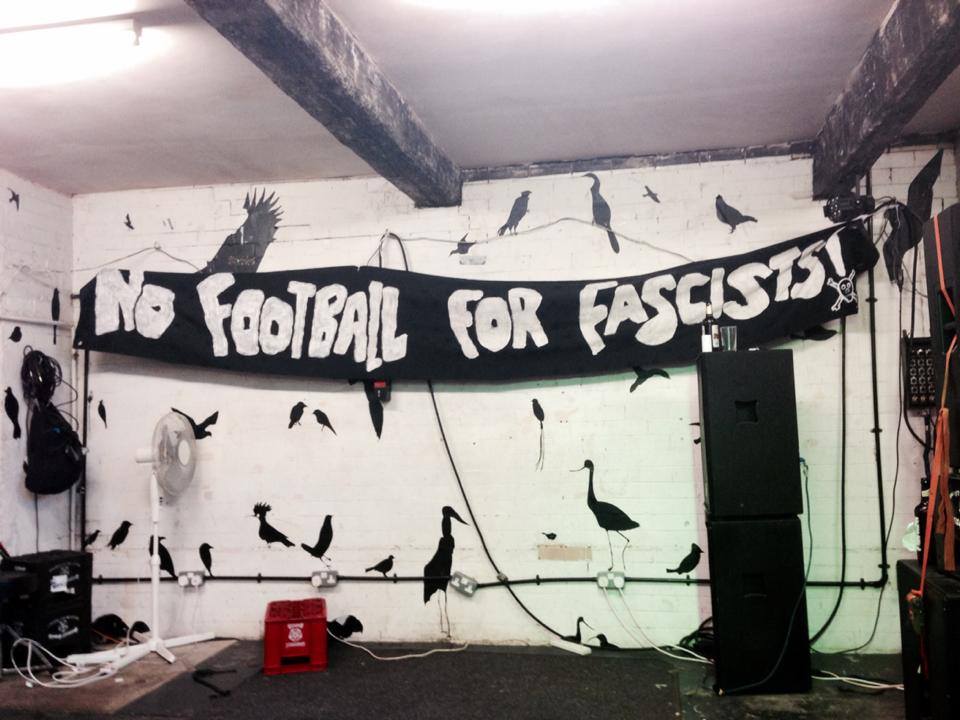 A homemade banner in support of Yorkshire St. Pauli

Fast forward 30 years and that deep connection with left-wing politics remains. It’s one that’s brought St. Pauli to the attention of fans away from the centre
of Hamburg, creating an international community of like-minded people who are attracted to the club’s political beliefs as much as their footballing prowess.

As a supporter of an English football team, I found that I could be stood next to someone at a game who had completely contrasting political beliefs to me.

Chris Webster is one of the Yorkshire St. Pauli members, and he, like many of his friends, believe that the politics associated with St. Pauli are what attract overseas fans of a club situated hundreds of miles away. “As a supporter of an English football team, I found that I could be stood next to someone at a game who had completely contrasting political beliefs to me.

This explicit link to political beliefs (particularly those positioned firmly on the left of the spectrum) coupled with a feeling of malaise or, in some cases, discomfort towards 21st-century English football— that a handful of predominately foreign football clubs offer has gained an increasing amount of attention in recent years.

With St. Pauli, I know that I’m going to be stood to next to someone who has anti-discriminatory politics.

Clubs like Livorno, Rayo Vallecano, and Hapoel Tel Aviv have all gained fans across the world for their uncompromising displays of their leftist beliefs.

They stand in stark contrast to many — if not all — of England’s main teams, who find themselves firmly part of a sporting institution that continues to actively discourage connections between football and politics, often to the detriment of atmosphere and excitement inside stadiums.

Chris believes that this is one of the main reasons why people, especially those on the left, are first attracted to clubs like St. Pauli, as they are actively searching for a team that they can both support and feel part of due to a shared political belief.

“I think it goes much further than simply saying ‘racism is not acceptable’. At many English clubs you’ll find this message printed on advertisement boards as if the club is merely box-ticking and covering its bases regarding its commitments to equality,” Chris told us. 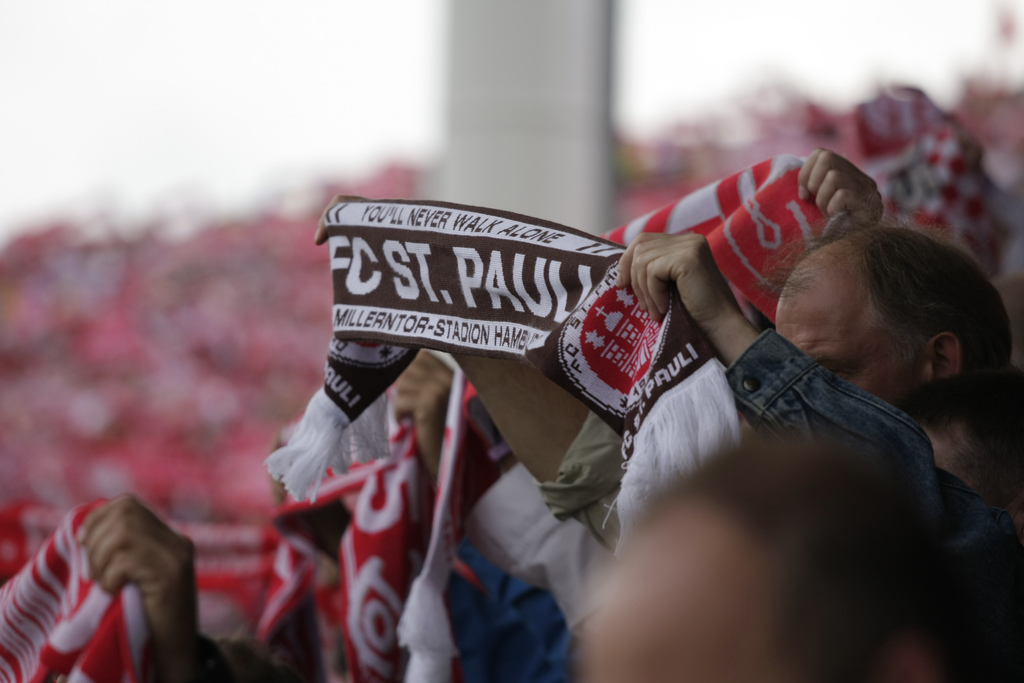 A Yorkshire St. Pauli supporter at a match.

Even at the beginning of its life, Yorkshire St. Pauli showed a commitment to help in any way it could – at the end of every game, each member would donate money towards the costs of hiring the room in the cooperative club, and anything left over would then be donated to Positive Action for Refugees and Asylum Seekers (PAFRAS), a Leeds-based charity that offers support to migrants within the city.

As time went on and interest increased, more money was being raised, leading to Yorkshire St. Pauli deciding to invite refugees and asylum seekers from PAFRAS down to their hangout to watch the games with them, using the extra money raised to cover drinks for their guests.

We now get nearly 30 people coming on a weekly basis, of which around 50 to 60 per cent are refugees and asylum seekers. 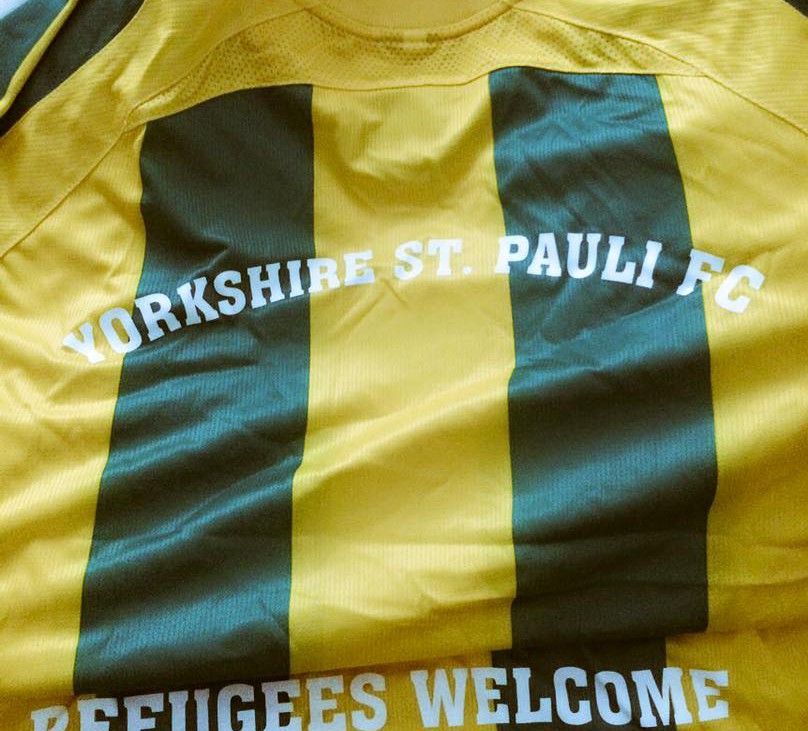 One of St. Pauli’s football shirts

“Our football project does as much for some of us who have lived in Leeds our entire lives as it does for refugees and asylum seekers,” said Chris. “For many people who attend, this is the first time they’ve felt they can access regular, structured football. We play in a non-competitive, friendly manner that undercuts the macho bullshit that seems to dominate the male game.”

The increasing number of people attending Yorkshire St. Pauli’s regular kick-arounds show that there is most definitely a widespread hunger for events such as these.

It has led Chris to believe that there is still plenty that the group can do to help bring together people from various different sections of the local community through the power of football.

Our football project does as much for some of us who have lived in Leeds our entire lives as it does for refugees and asylum seekers.

“Whilst we always say at Football for All (the official name under which their kick-around sessions operate) that anyone is welcome, we still understand that women may feel intimidated to play football with a bunch of guys,” Chris explained.

“We want to grow and increase this network of activist football teams that seems to be getting bigger and tighter every year,” said Chris. “There are so many teams doing so many amazing things now, and just to meet up at tournaments is great for morale and solidarity.

All images by Ben Cullimore