Having a choice over your own body is a human right and, although most of women in Europe at the moment enjoy that freedom, women in Poland are still struggling.

The former communist country has restrictive laws: abortion on demand is illegal, but in October 2016 the situation became worse with the proposal of the total ban of abortion.

“We organised one of the Black Protests in Krakow. It was a very quick action but we managed to do it very well,” Lana Dadu, a 35-year-old Lithuanian living in Poland told to Artefact. She was the organiser of one of the protests against the total ban on abortion.

This extreme proposition was made by the citizens’ project Ordo Iuris, who started a petition which collected around 450 000 signatures.

Thousands of women who oppose the ban gathered in Krakow, Warsaw, Gdansk, Wroclaw and elsewhere in Poland but demonstrations also took place as a form of solidarity in some European cities including Berlin, London and Paris.

It’s called Black Protest because women were wearing black during the demonstrations – it was the colour of choice as the abortion should be the matter of women’s choice. 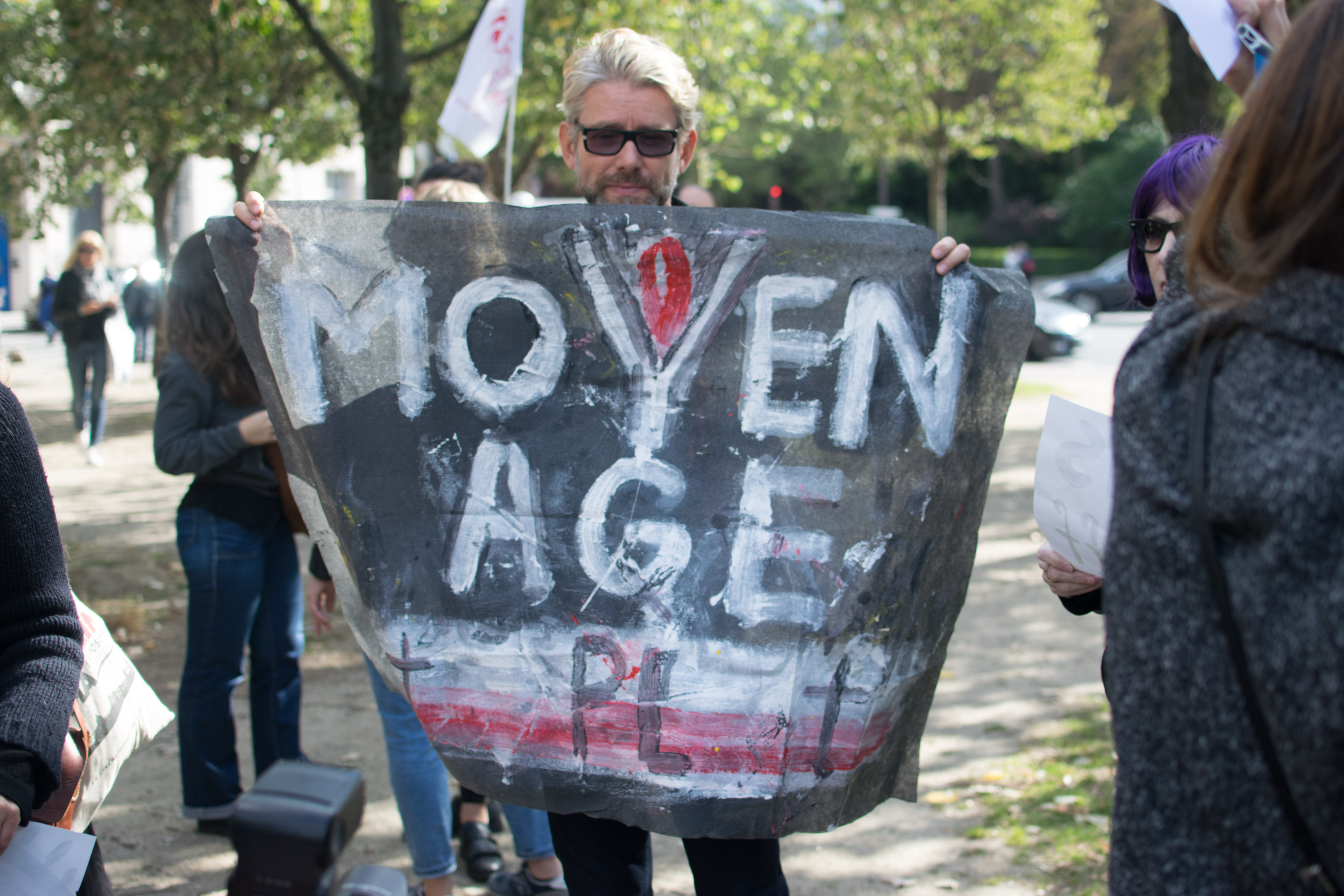 Protest in Paris in solidarity with people in Poland. October 2016 [Edu Granados]

Abortion is already illegal in Poland except in three cases: when the woman’s life is in danger, where there is a risk of irreversible damage to the foetus and where the pregnancy is the result of rape or incest. The current law was first introduced in 1993 and it is still in force today.

The introduction of a total ban, even in those exceptional cases, was supported by the Catholic Church but the protest was directed at the government as some members, for instance the Minister of Higher Education and Minister of Foreign affairs, supported the ban.

Although this radical proposal was rejected after the protest, the current law in Poland is still highly controversial.

“I think calling the current regulations a compromise, as many people do, is a huge misunderstanding. Even though the law allows abortion in a few specific cases the doctors might simply refuse to perform it, signing a clause of conscience,“ says Agnieszka Maniecka, a 25-year-old from Krakow.

She thinks that doctors in Poland often prolong the whole procedure of potential abortion so that it ends up being too late. She also says they frequently state they are not going to “help with the murder”.

One famous example of this is the case of the doctor and anti-abortion activist Bogdan Chazan, who publicly admitted that he performed more than 500 abortions during the Communist period when it was legal, but refused to abort a badly damaged foetus in 2014, giving the patient the address of a hospice where, according to him, the child could get palliative care once born.

The case was widely covered in Polish media. The woman ultimately gave birth to the severely malformed baby who died a few days afterwards.

The doctor who helped her through the pregnancy and labour, Romuald Debski, described in detail what this “miraculously saved life” looked like – the child did not have half of its head, had a hanging eyeball, its face was split, and had no brain inside.

A similar controversial case happened when a 14-year-old rape victim in 2008 was refused an abortion by several hospitals and at the same time she was harassed and stalked by groups of anti-abortion activists.

“I support the liberal proposal submitted by the committee Ratujmy Kobiety which was unfortunately voted off by our parliament on the same day as the proposed abortion ban. It also stated the need to improve access to contraception and sex education in our country,” she told us.

“I believe that those two factors have a chance to actually lower the number of performed abortions, not only in the official statistics,” Agnieszka says. 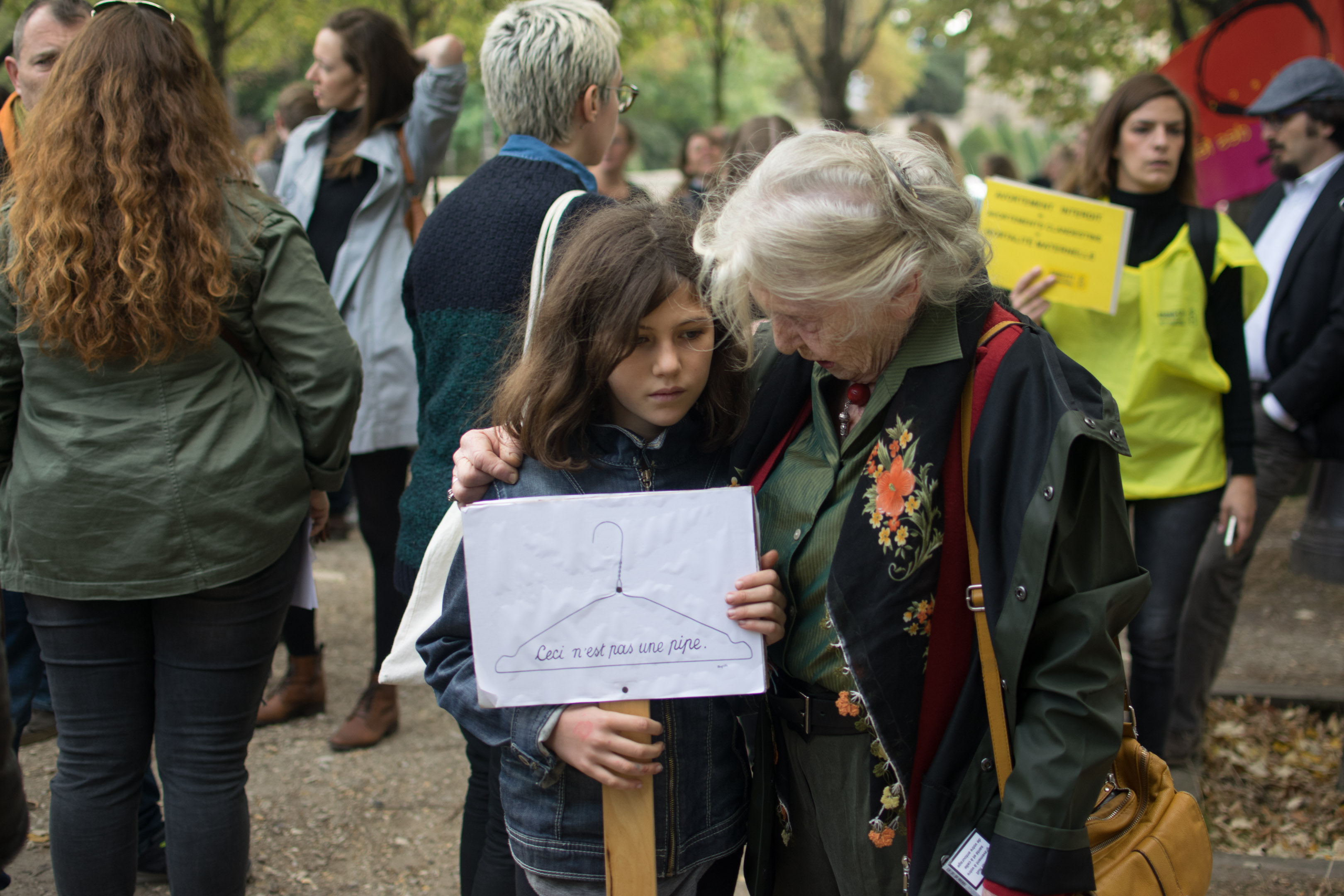 Kaja Puto is a 26-year-old journalist from Krakow who shares Agnieszka’s opinion and thinks that abortion should be legal on request and she doesn’t agree with the current law.

“Making the current consensus – which for me is not a consensus at all – even harsher is dangerous and controversial on many levels. For example, how is a doctor supposed to choose if he should save the life of a baby or a mother?”

She also thinks the obvious consequence is the limitation of access to abortion for the poorest and most discriminated-against women, while middle-class women from big cities are able to turn to the black market or clinics in other countries.

“The Church plays a major role in shaping the new government’s narrative about what Polish society should look like,” Kaja says.

She said that a Polish archbishop was quoted on the state TV news as saying that women who have been raped rarely get pregnant because of the stress they experience during the rape.

“On the other hand the Polish Episcopate claims that they are officially against punishing a woman for having abortion by the criminal code,” Kaja concludes.

It seems that the problem is not just the law; it’s the social attitudes to abortion, which are heavily influenced by the Church.

According to a census conducted by Central Statistics Office, around 90% of Poles identify as Catholic.

There is no doubt that religion in Poland is a powerful influence and occupies a more important part in life than in most other European countries, even those that are predominantly Catholic.

“In some smaller towns or villages, priests are sometimes more powerful than officially elected leaders like mayors or presidents,” Agnieszka said.

Lana agrees: “The Catholic Church became very strong after the Solidarity movement since it supported the people during the Communist era, and we can’t forget that John Paul II had a very big role in that process as well”.

John Paul II was born as Karol Wojtyla in Krakow and was a significant figure in Polish society before becoming the Pope in 1978, serving until his death in 2005.

Agnieszka shares Lana’s opinion: “The Church played an important role during Communism times, helping people to fight for their freedom”. 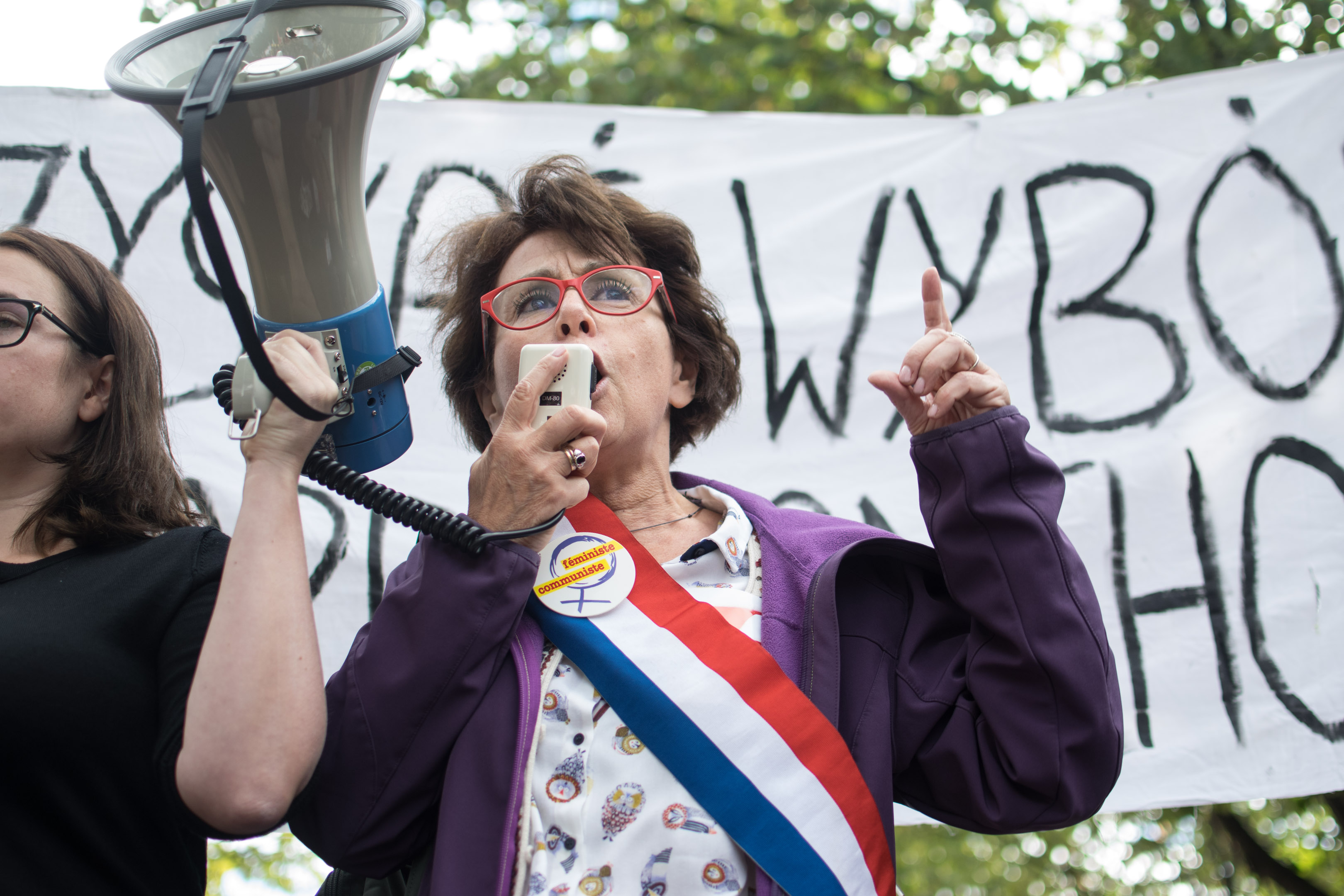 Ola Koson, who is a 24-year-old Polish artist, sees historical issues as a part of the reason as well: “I think the big impact on religion in Poland had a historical context as we were occupied by other countries which were trying to ban religion and Polish people felt that religion was something that would help them stay together and unite and fight together against Germany and Russia with God’s help.”

Poland’s Communist past is certainly one of the primary reasons why the Catholic Church plays such an important part in Polish society, but there are other European countries that also share Communist history and Catholic heritage like Czech Republic, Slovakia, Croatia and Slovenia, and these countries have much more secular politics and liberal abortion law – abortion is legal on request.

In my home country of Croatia, although the Catholic Church also plays some role in society there, questions like illegal abortion are not under threat, even from the most right-wing political parties.

So why is Poland more religious? As Agnieszka told us: “The Catholic Church in Poland tries to be more Catholic than the Pope”.

Ola also sees broader cultural reasons aside from Communist past that might be the reasons for such powerful religious atmosphere in the country: “Adam Mickiewicz is one of the most famous Polish writers and his legacy can be part of the reason for a strong religious influence.”

He is a principal figure in Polish Romanticism and is regarded as one of the greatest Polish poets. His most famous work is a drama called Forefather’s Eve.

Ola explained how Mickiewicz dedicated his work for people fighting for Polish freedom during the 1830s insurrection and especially for those who were exiled to Siberia by the Russian emperor.

The book describes the cruelty of Alexander, the emperor, and the persecution of Poles. It has many mysterious episodes and certain visions of the poet.

According to these, Poland was meant to be the ‘Christ of Europe’ and the national suffering was meant to result in releasing all persecuted people and nationalities,in the same way that Christ’s death brought salvation.

The drama was banned during the Communist era due to this religious aspect. The influence of Mickiewicz’s piece could explain the historical and cultural context that could be part of the explanation why religion plays such an important role in modern Poland today.

Agnieszka thinks that the Black Protests helped people realise they should fully separate religion and politics and stop violating human rights with imposing proposals similar to this one with the total ban of abortion.

The outcome of the protests was positive; the extreme position of a complete ban didn’t come to pass, but that doesn’t mean that Polish women can stop fighting because as we could see, the status quo needs a change as the current law doesn’t give women a freedom of choice.

There is no doubt religion plays a huge role in Polish society but most of Polish people agree that there should be a separation of the two.

As Agnieszka said: “There is no place for Catholic Church and their beliefs in the legislation of the secular country”.

All images by Edu Granados