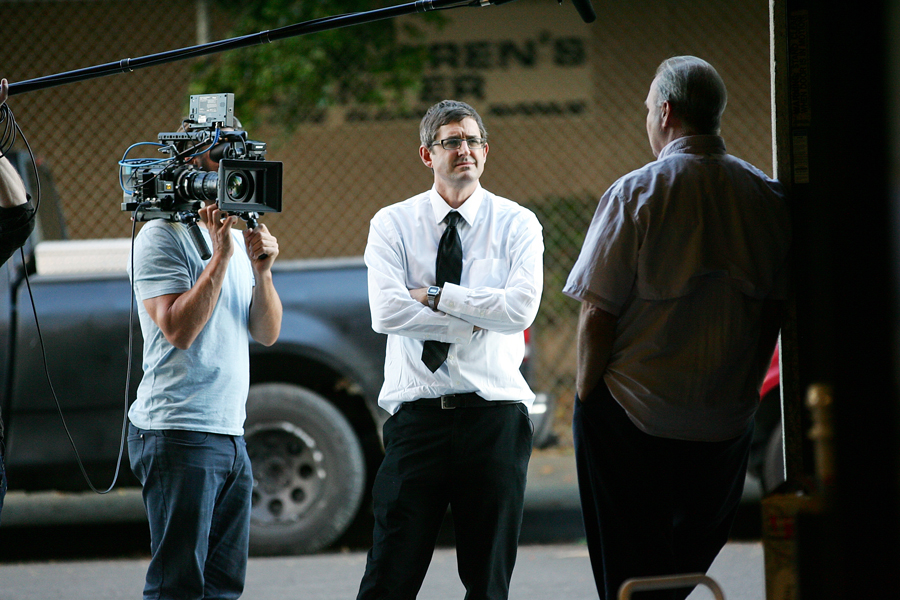 The premise is good: an interesting topic, a renowned documentarian, and a handful of promising reviews.

This movie isn’t so much about Scientology, but a movie about documentary-making in a situation where the subjects won’t give much access to their material.

The majority of the film consists of transitions from one location, to another, which is neither informative nor exciting.

It’s hard to tell what the intentions behind this film were: was it planned out like this?

The piece is written by Louis Theroux and its director John Dower (The Day After Stonewall Died, When Boris Met Dave).

It leaves the viewer wondering whether the inaccessibility of the Church of Scientology was unexpected and left the production team to fill in the gaps with their long takes of their own casting calls and other production material.

Looking at Theroux’s previous work, such as his recent addition to his Savile material, My Scientology Movie compares poorly: it lacks substance and what’s marketed as a twist in the end doesn’t live up to expectations.

The Church of Scientology seem to be making a documentary on Theroux as well. So what?

The storytelling lets this fall flat and there’s no sense of drama or interest in it. It’s hard for the audience to see why they should care or be fascinated.

Scientology provides a lot of interesting points to tackle, but Theroux’s My Scientology Movie doesn’t bite into it much at all. Instead of glossing over the abuse accusations and mysterious characterisations it mentions in passing it could easily have taken a more conventional route.

The film would have been more complete with a slightly more traditional approach, because instead of being groundbreaking and refreshing in its storytelling, it ends up dull and, sadly, a waste of time.

As a half-hour TV feature with most of the production shots cut out, My Scientology Movie could have worked fine. Now it’s way too long, and tells us more about documentary-making than Scientology, which feels like a great miss of the target.

And above all, My Scientology Movie plunges into one of the worst pitfalls: it is boring.