Album | Solange – A Seat at the Table 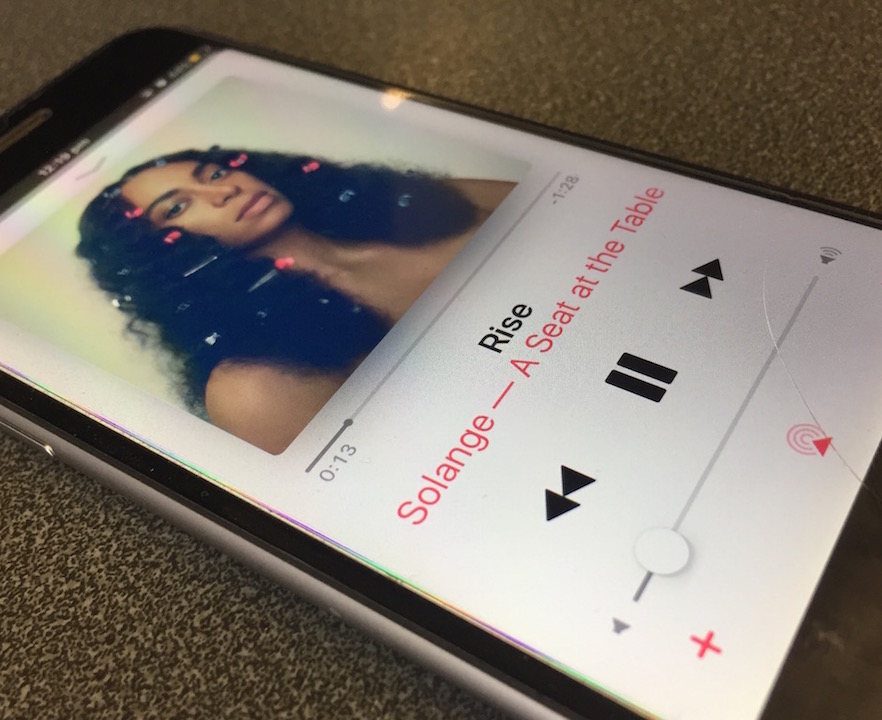 “A Seat At the Table is meant to provoke healing & [a] journey of self-empowerment.” Solange tweeted to a fan the day before her new album was released.

Her sound has changed a lot since first coming onto the scene in 2003, with her first solo album Solo Star. Her music has grown with her and A Seat at the Table is the climax of her musical career.

In an Instagram post on the day of the album’s release she explained the process behind the album: “I was tired, filled with grief, and feeling broken. I felt so many got to create my narrative and all I wanted [was] to tell my story, our story, in my own words, and in my own voice.”

On first listening it is clear how personal this album is to Solange.

So much so that it has already taken the number one spot on the Billboard 200.

A Seat at the Table has been criticised as vocally weak, however, even though it features such a wide array of artists with such different styles, Solange is still able to keep uniformity throughout which contributes to the power it holds.

Since its release A Seat at the Table has been compared to her sister Beyonce’s last release Lemonade, which also featured songs with strong messages concerning black identity.

Although it is unfair to compare the two, with black identity being such a broad topic, they were bound to take different approaches; although they are sisters, they are still completely different artists.

Beyonce has been doing this for years, with a large team behind her but Solange’s album seems raw and authentic, they are incomparable.

The album opens with Rise, a very short yet soulful introduction to the album, sets the tone for the rest of the album, “Fall in your ways, so you can wake up and rise”, an intimate track with the message of staying true to yourself.

A Seat at the Table very clearly tackles often unpalatable issues surrounding black identity in modern society, listeners are almost left unaware of the fact, as it is softly sung, whilst still managing to be hard hitting.

Solange never falters with the message she is putting across. The album has soul, funk and electronic elements yet still maintains an airy sense of serenity.

The visuals, co-directed by Solange and her husband Alan Ferguson, which accompany Don’t Touch My Hair and Cranes in the Sky are a beautiful ode to black identity and the black community.

Don’t Touch My Hair takes on a widely documented issue, in which black people’s hair is seen as a commodity, but Solange refers to her hair as something much deeper: “Don’t touch what’s there / When it’s the feelings I wear.” It is just one of many personal yet relatable songs on the album.

Cranes in the Sky focuses on feeling alone, and her own journey of self-improvement – featuring strings, drums and bass, creating an ultra moody tone, Solange explores how she tried to escape her feelings of sadness: “I ran my credit card bill up/ Thought a new dress would make it better.”

The video focuses mainly on natural, open spaces and natural bodies, which mimics the easy, breezy tone of the song.

It also reflects her singing about finally feeling at one with herself.

Although Cranes was eight years in the making, Solange performs it effortlessly, as if it just came to her.

The interludes which break up the tracks are chopped interviews, which solidify the album’s outlook; they feature Master P several times, and Dad was Mad is an interview from her father, Matthew Knowles.

He is heard discussing his own issues growing up and attending one of the first integrated schools in the South.

Tina Knowles, her mother is also featured, challenging the ideas of reverse racism.

She covers a wide range of issues, Mad, features Lil Wayne and is her own rebuttal on the ‘angry black woman’ trope: “Man this shit is draining / But I’m not really allowed to be mad” and in Junie she tackles the issue of appropriation of black culture, amongst Andre 3000’s catchy falsetto chorus.

Closing: The Chosen Ones brings the album full circle, beginning how it ended, with an uplifting interview snippet. Her soft yet powerful approach throughout A Seat at the Table leaves a deep impression, and it could be listened to time after time without becoming tiresome.