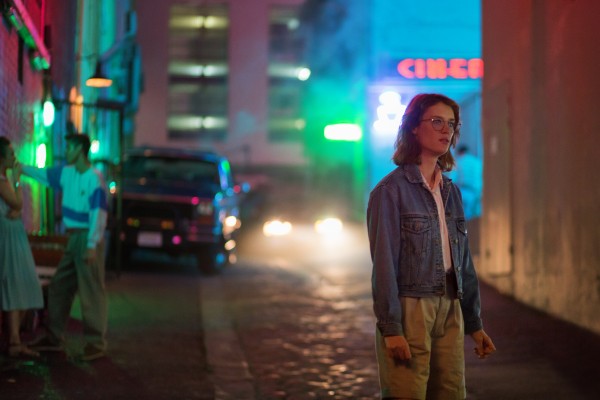 Back for a third season, as I’m sure you’ve heard by now, is Charlie Brooker’s cult hit Black Mirror.

Now residing on Netflix, the ‘original series’ has seen a skyrocket in production values, collaboration and cast diversity as it explores the dark side of a tech-obsessed world.

Released worldwide on October 21st, the six-part venture successfully weaves an intricate web around topics such as secrecy, blackmail, war and death, whilst also maintaining a sense of variety.

Speaking to the Metro, Charlie Brooker summarises the six-part venture as being “…about philosophical dilemmas and the “what if” questions.”


Shut Up and Dance, co-written alongside Parks and Recreation co-creator Mike Schur and actress Rashida Jones, zooms in on the feeling of shame and the lengths people will go to avoid it, however futile it may be.

Holding a mirror up to society, the rose-tinted world of Nosedive warns how quickly we could descend into anarchy based exclusively on our social media ratings, whilst Hated in the Nation tackles collective responsibility when several murders are linked to a hashtag.

With direction from 10 Cloverfield Lane’s Dan Trachtenberg and writing on board for Playtest, the sense of unease is heightened in a ‘virtual reality on steroids’ horror romp.

The curveball and standout episode is arguably San Junipero, a heavily 80s pop culture influenced time travelling bonanza and, shockingly for Brooker, a romance. Featuring a same-sex couple, it traverses the subject of life after death in a world where technology makes the impossible possible.

Black Mirror’s third incarnation and budget boost sees two episodes set in the US, two in the UK and one in Scandinavia. It also features American leads and a cast hailing from the world over.

For those who have already binge-watched the whole thing, there is a light in the darkness. Netflix may have another six episodes up their sleeves.