Who is the black man? 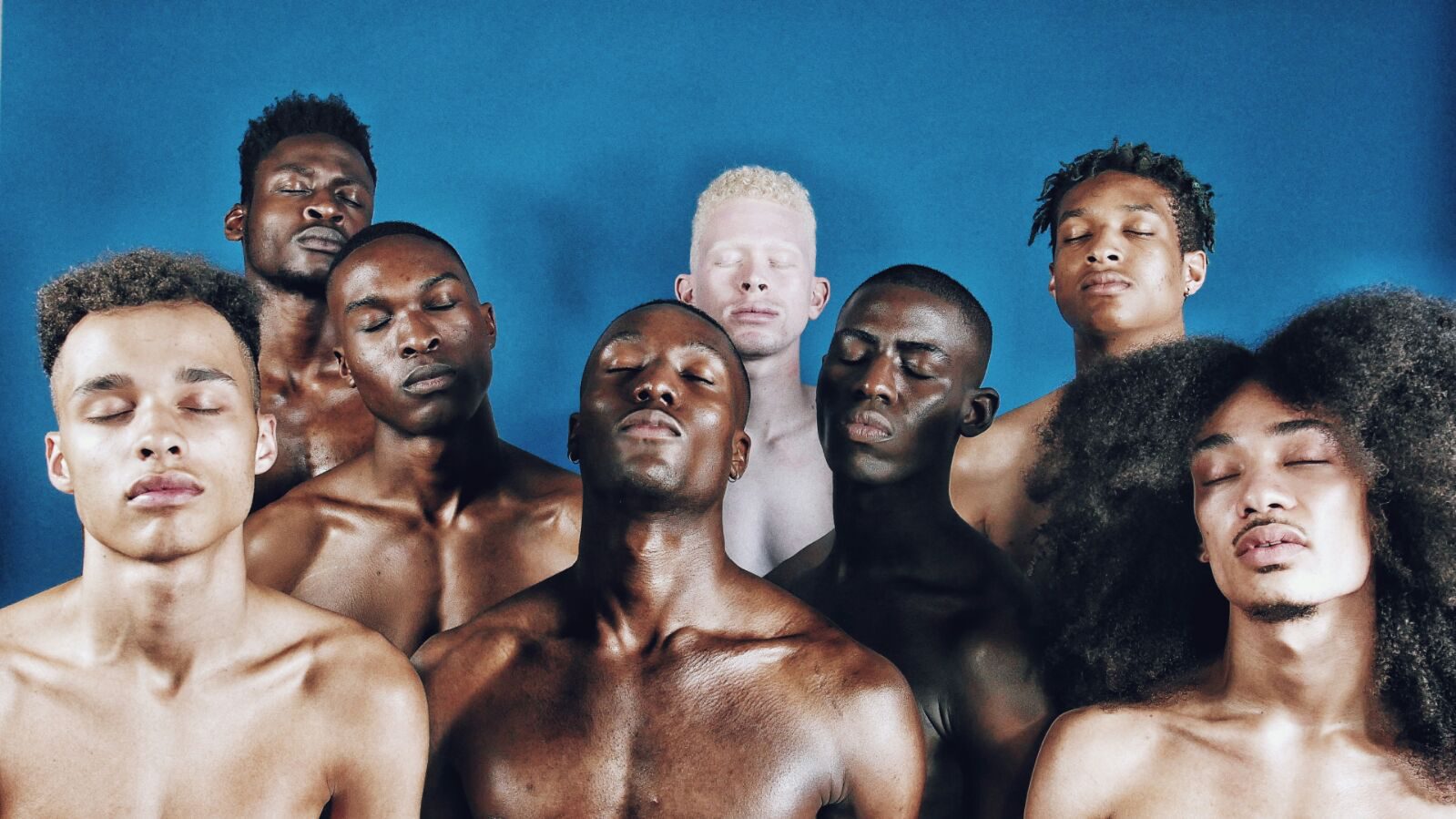 Everybody seems to want the chocolate man – the oh-so-desirable black man with the amazing athletic build. Indeed, the black man may be a dream, however, he falls victim of overdosing on masculinity, being hyper-sexualised, demonised yet used for economical gain.

Hyper-masculinity is a psychological term for the overstatement of the stereotypes surrounding male behaviour, particularly emphasising physical strength, aggression and sexuality.

The phenomenon could be biology or it may be a façade that mass media want us to believe a black man is.

The myth of the ‘hyper’ black man is one that presenter Claire Clottey highlighted in a recent debate in London: “This whole hyper-masculine and hyper-sexual bravado rooted in patriarchal white supremacists. Now how does a black man begin to liberate and question these structures that have come to define him?”

Though this may be true, the only way of challenging these positions is by breaking down masculinity and creating new norms.

In 2016 we have witnessed how masculinity has a stronghold on men today – such an uproar was caused when Jaden Smith was featured in a Louis Vuitton womenswear fashion campaign wearing a skirt, fighting against gender stereotypes. Receiving a mixed response, many applauded Smith for his boldness.

Frank Ocean also debuted his album Boys Don’t Cry which again caught a lot of attention; Ocean and Smith are causing awareness of construct by not performing to what is perceived as the norm, and are perplexing the concept of what it is to be a man, more so a black man.

“I think artists like Jaden Smith and Childish Gambino are redefining what black boys perceive as trend and so it is really encouraging the younger generation to wear whatever they want,” says 22-year-old poet Iggy London.

Psychology lecturer Soljana Çili, of London College of Fashion, highlights that psychological research shows that people tend to imitate those who they look up to. For example, people who seem experts in whatever behaviour they are trying to promote or people they simply happen to like.

Hegemonic masculinity is the understanding of manhood through cultural idealisation. The notion of manhood is exclusively concerned with the concept of being the ‘breadwinner’, which agitates hierarchical structures, provoking one to be ‘tough’ and stimulates phrases such as “act like a man”, which is, by far, more complex than just an ‘act’.

But how are men to blame? They were forced to obtain these attributes, taught to follow structure, as though it was written in the manual book of life. How can you possibly question it? The ‘macho’ man is deemed every woman’s fantasy.

However, this could be deemed as a common problem amongst all men the otherness of the black man compared to the white man turns his masculinity into something completely left.

In the black community, masculinity is everything and more; your pride and joy. Creator of the Black Boys Don’t Cry project Iggy London told us: “Within the black community it is a largely considered stereotype that black boys must be taught to be masculine.”

This notion can be extremely problematic for those who do not possess the conventional male characteristics that society have set, but does that make him less of a man?

The Black Boys Don’t Cry project is a compilation of poetry, videography and photography – that expresses what it is to be black in the eyes of society, as well as through his own.

“Within the black community it is a largely considered stereotype that black boys must be taught to be masculine,” Iggy explains.

“Masculinity is rarely deconstructed in the same way as femininity has been. Combined with photography of black men of all variations, the purpose of this is to deliberately break down upbringing, societal influences and colonial past.

“[Masculinity] means to have fewer emotions than women, to show no weakness and to position themselves as strong. As this is considered to be the ‘norm’. Masculinity is rarely deconstructed in the same way as femininity has been,” Iggy continued.

The artist also shares his own personal struggle with masculinity when he mentions: “I found it difficult to fit in within the masculine stereotype – of not quite being enough or not quite acting [manly] enough. Men who don’t fit into the traditional role of masculinity are ignored and are seen as weak and so I found myself constantly comparing myself to other men.”

Aisha Richards, an art and design tutor at Central St Martins agrees: “Masculinity depends on age. The key thing is there needs to be a space for men, for vulnerability. [Women] are taught in the construct that we are emotional, that’s how society views women.”

Though the social construct of masculinity is deeply embedded in our society, the mass media and white spectators have covertly stimulated the animalisation of the ideal black man, cocooning it as hyper-masculinity.

In the early 16th century, explorer Sir Thomas Herbert ventured to Africa and when he encounters the black man he described him as a “beast”, one who resembles a baboon.  Not only did he begin to demonise the black man, but he created an image that is now perpetuated and haunts society.

The aftermath of slavery’s process of masculinisation, or even emasculation, is society’s paradigm of black men. Slave owners saw black people as good economics, good labourers.

Slave auctioneers did not want the male slaves they were selling to appear to be soft, the black man must appear as strong as his physical shape.

The slave who looked less ‘manly’ would be more difficult to sell, so they would have to be sold at a lower price. They were considered the less able, so the black man’s value has always been determined on what they can bring.

Deep rooted mind-sets demonstrates how blacks are only considered when they can be used as an advantage. Whether it is the sex god, the three-pointer basketball king, or rapper, it is clear that being black is a money making business and that idea has been ingrained in us for centuries.

Author Bell Hooks says: “Negative stereotypes about the nature of black masculinity continues to over determine the identities black males are allowed to fashion for themselves.” Black men were never permitted to be subject – to be human, but the beast and a product.

White supremacists no longer have to physically partake in the demonstration of who the black man is, but merely use the black man as a tool to illustrate whatever they like.

It notices white blackness: what it is to be black in the eyes of a white man. Simultaneously, it creates a doubling effect as it’s a black man ‘act’ like a black man construct.

Cleveland Cavaliers player Lebron James featured on the cover of Vogue in 2008, a move which stirred controversy as it was considered “racially offensive” as it has strong links to fictional character King Kong.

“Black men really suffer from the hyper-sexualisation they get from society. They really think and act like sex is one of the best things they can offer.”

The media continues to conjure black men as predators, and that others are in danger of him. The Vogue cover could be said to be a sort of colonial performance, in which James performs a particular construct of the black beast trope which makes him an object.

The impression of animalisation of James discredits him; he is no longer a talented basketball player as subjectivity is removed, he is just a black man, an accessible tool.

Student Tamika Allen, 20, told us: “A man is a construct of what you have seen before. If you have seen black men who are portrayed by negative images then you will define men by those images.”

It is, therefore, impossible to suggest that society doesn’t view black men negatively because of these images being painted.

Presenter Claire Clottley believes that the concept of ‘black masculinity’, or ‘hyper masculinity’ is a false notion that is rooted in a deep fear of the black man’s power and is a threat to the white social order.

Lecturer Aisha Richards agrees: “The privileges of white men has been embedded in society. It lingers and dominates”.

This also suggests that black men are only good assets, entertainment, and fetishes if the black man made himself subject would all these things matter?

If the black man is hyper masculine, then what is the black woman? Black women are measured to be unfeminine. Could this notion of hyper-masculinity be because the black woman is also masculine?

Like women the objectification and hyper-sexualisation are not something that is uncommon for black men. Though the black man holds many negative images because of society, he is also often praised for his physic, complexion and penis.

The majority of the time he is viewed as nothing but his genitals, which is not so flattering but damaging. Claire Clottey suggests this is because “slavery was a sexual economic.”

This over-sexualisation promotes conditional thinking as the Tumblr blogger Black woman confessions suggests: “Black men really suffer from the hyper-sexualisation they get from society. They really think and act like sex is one of the best things they can offer.”

She also declares “most of the black guys I have encountered usually couldn’t wait to jump into bed and social media portrays black men hugging booty all the time. It buries many black asexual men and exposes other men to unsafe sexual practices.

I feel sorry for them but sometimes they seem to like the ‘big dick sex god’ stereotype and it’s not worth it”, their likeness to the subject could be because it gives them a sort of power that they never experienced or were given.

Music is a great factor in determining this. From the likes of Marvin Gaye, R. Kelly, Trey Songz and Usher, baby making music – music tells us sleeping with a black man will be the best thing that will ever happen to you. That’s their power.

Former World and Olympic sprint champion Linford Christie, was nick named ‘The Lunchbox’ because of his genitals; he was turned into a sex object, a passing comment without his consent or input. Cheapening him whilst simultaneously lusting over his nature.

This propaganda is something that all black men face. It has enhanced this idea that black men find ways to assert themselves through the use of their penis.

“The media portrays the black male as a sexual predator, aggressive, however that’s not the case.”

At the Myth of hype black men debate, genetics lecturer Joe Dash stated: “We are a group of people who have been stripped of our manhood for a very long time.”

Black men being hyper-sexualised may subsidise to their masculinity. However, it also creates a negative collective image that reinforces they are only considered because of their genitals.

It also teaches young black boys that they just that and that is where manhood lies. Joe Dash adds: “The media portrays the black male as a sexual predator, aggressive, however that’s not the case. We are just a people trying to find a centrepiece to manhood.”

Despite the media and colonialism contribution of the invention on the black man narrative, cultural doctrines and household dynamics have also contributed to the robust ideology of hyper-masculinity.

However, what is this teaching young black men if these ideas are reinforced in their own community? Where does everyone fit underneath this tight-knit, binding impression?

But masculinity can be positive. Masculinity also means to be a leader, a protector, a great lover and that is something all men can qualify as.

As Aisha Richards says: “My expectation of my man is that he looks after me, he protects me. But that’s not hyper-masculinity but just masculinity.”