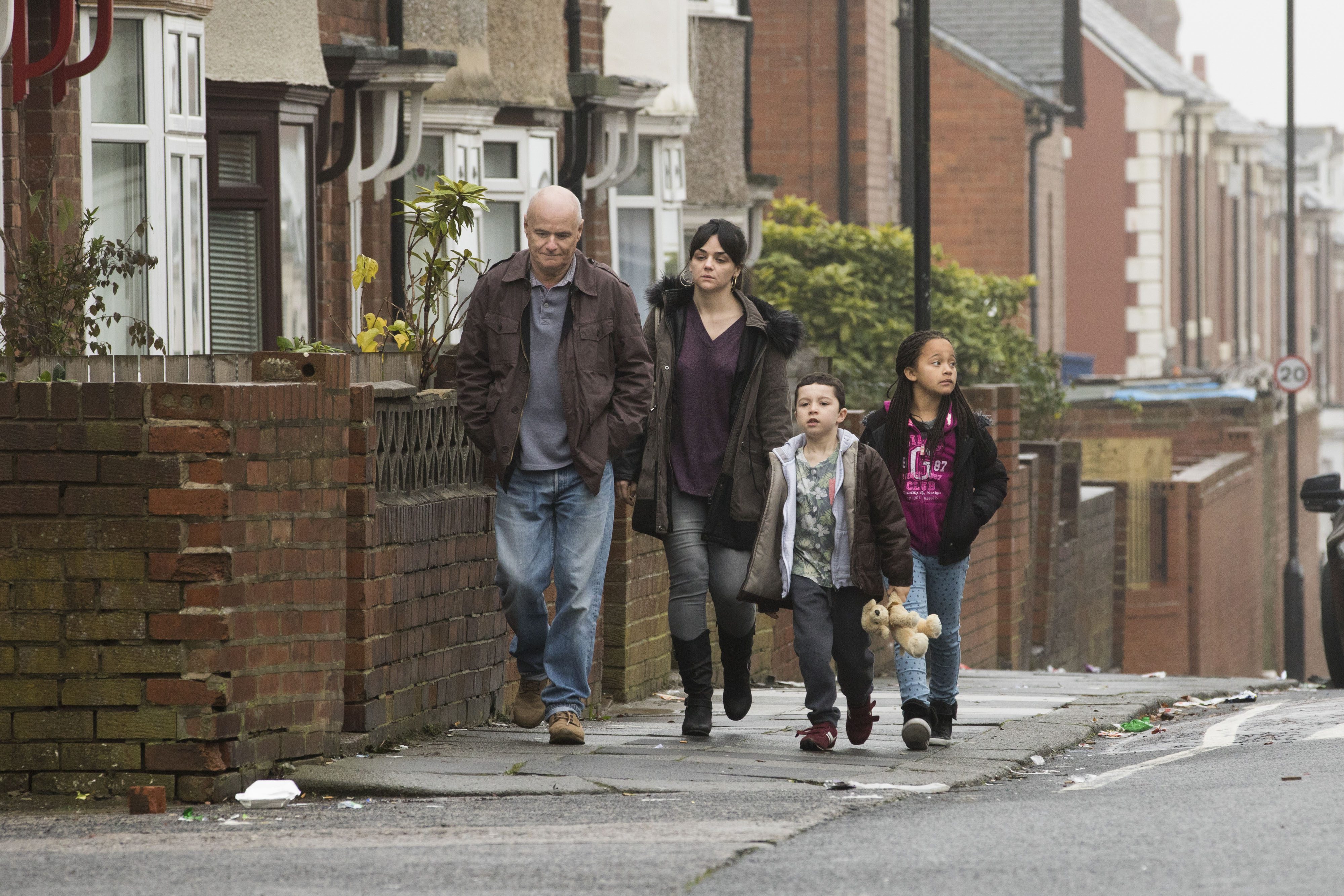 I had never seen anything made by Ken Loach before now, which I now understand is a crime.

I, Daniel Blake follows the eponymous character down a rabbit hole of despair, isolation and humiliation from the time he is denied employment and support allowance by scoring twelve dubiously calculated ‘points’, missing the required fifteen.

Instead, he is considered fit for work by an ambiguously named ‘Healthcare Professional’, even though he has just survived a heart attack.

The vague and absurd questions that Daniel must answer to be scored twelve ‘points’ amount to; if you can “raise your arm as if to put something in your top pocket” and don’t shit yourself, you should be looking for a job.

When Daniel waits on hold for over an hour to appeal this decision, his frustration is tangible and you can see that this is a system that is trying to break him.

We have all been defeated by companies’ and organisations’ digitalised support network, and when you want to talk to a human being, sometimes there isn’t a number or the one that exists always seems to be staffed with one person.

Sometimes they can’t answer your questions and you are fed back round to the digital portal that you were beaten by in the first place.

You may call again but will more than likely be put on hold to Vivaldi’s Spring – the muzak of the DWP/Job Centre Plus and the anthem of dignity-crushing lethargy.

Director Ken Loach calls it “the intentional inefficiency of bureaucracy as a political weapon”. In this Sisyphean structure, saturated with Birt-speak, in the end you submit or give up.

We know why the methods of surveys, FAQ pages and understaffed helplines are employed – for profit and efficiency – so Loach and screenwriter Paul Laverty asks us: at what cost?

From job centres to food banks, zero-hour contracts to allocated social housing and rising house prices, the film explores how, once you are briefly caught by the welfare net, you realise the holes are man-size.

In one scene, young mother Katie, starving and feeling so close to collapse, impulsively grabs, opens and starts to eat baked beans from the can in a food bank and subsequently breaks down, trying to hide her face from her children.

“What would my mum think if she saw me now?” she says.

This is a most moving illustration of the dehumanising mortification to which people can be driven. In spite of this, she is comforted by Daniel, exemplifying the brighter side of the film, showing that those whom no-one will help, help each other. 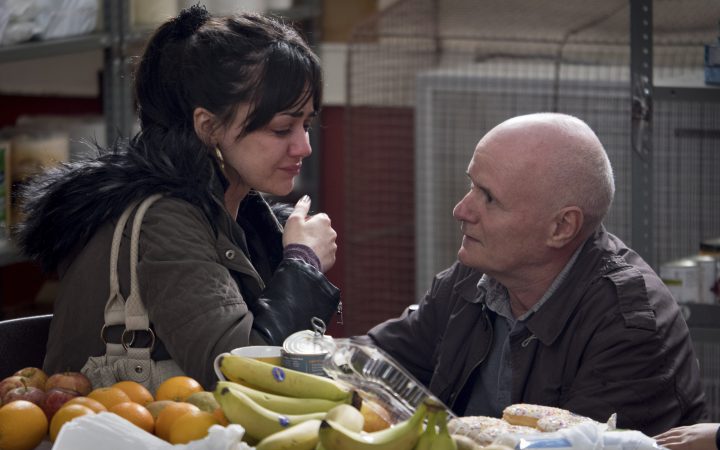 Daniel helps Katie after they meet at a food bank

This occurs throughout the film and while as an outsider to this world I wondered whether it is shown through a slightly rose-tinted lens – I do know that desperate people can do extraordinary things.

They can be bound by the common belief that what has happened to them should never happen to anyone else.

I felt ashamed of myself because of my mismatched priorities. I can name all the main characters of Friends but I can’t tell you how many food banks there are in the country.

Such is the life of the individual in the 21st Century.

After a brief check, the largest charity involved runs 425 food banks across the country and reports that in seven years, the number of three-day emergency food supplies given by Trussell Trust annually has risen by more than a million.

Is this a reality that some have to live while others like myself ignore it? It was so upsetting to watch that I emailed my local food bank to volunteer for a few hours a week.

In this Sisyphean structure, saturated with Birt-speak, in the end you submit or give up.

Cinematically, the film is a bit clunky in places. For example, the character of China, Daniel’s street-wise neighbour, isn’t particularly well written or acted, but these are discrepancies that are forgotten in a film that sometimes feels like a documentary in style.

It is socially real to its core and the odd disappointment is forgivable in such a plausible plot.

It characterises how good people can be driven to do things they wouldn’t otherwise do. In another scene of being pushed to the edge, Katie is caught shoplifting because she cannot afford tampons and is then presented, sobbing, in front of the store manager.

I saw a similar scene in my local supermarket where a lady was caught with a pack of bacon. She looked distraught and at the time I thought she was just a bit mad; now I look back on it so differently.

The humiliation of people is the strongest theme.

Daniel is forced to go to a seminar on writing CVs which is degrading enough. There, his group are told Costa Coffee advertised eight jobs and got 1300 applications.

A room filled with mostly older men, the prospect of fighting tooth and nail for a gruelling job making sugary cappuccinos and heating up expensive paninis doesn’t seem worth the effort.

Towards the end of the film, in a moving speech, Daniel says: ‘I am a man, not a dog’. That just about sums it up really.

Ken Loach obviously has an agenda in his films of a particularly left-wing flavour, so to say that everything that occurs in I, Daniel Blake is true is overly devotional, but to say that they are false is blind.

Everyone applauded. Some even cried.

I, Daniel Blake opened in selected cinemas on October 21.