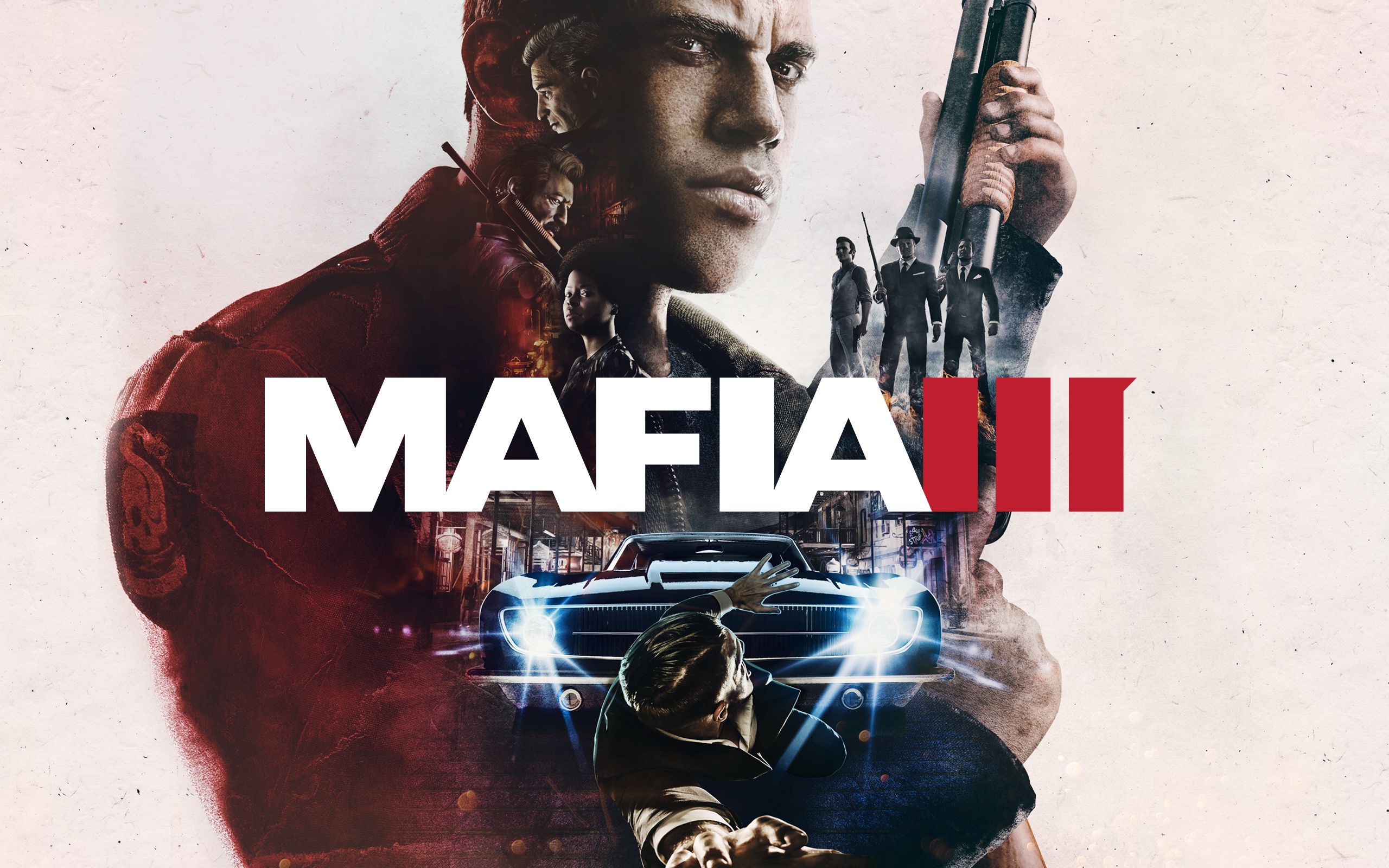 Whether it was the ‘golliwog’ fiasco in Pokémon or the race-crime simulator Ethnic Cleansing video, some games have featured racist elements for a while now.

Sadly there is an incredibly long list of games that have been accused of being racist, yet almost no games are trying to address racism or discuss it.

Mafia 3, however, attempts to do just that. Set in 1960s ‘New Bordeaux’, a fictionalised version of New Orleans, the game allows you to fill the shoes of Lincoln Clay, a black Vietnam veteran on a vengeful warpath.

Almost immediately the game warns you of the severe racial undertones included throughout. Admirably, Hangar 13 provide the perfect reasoning. 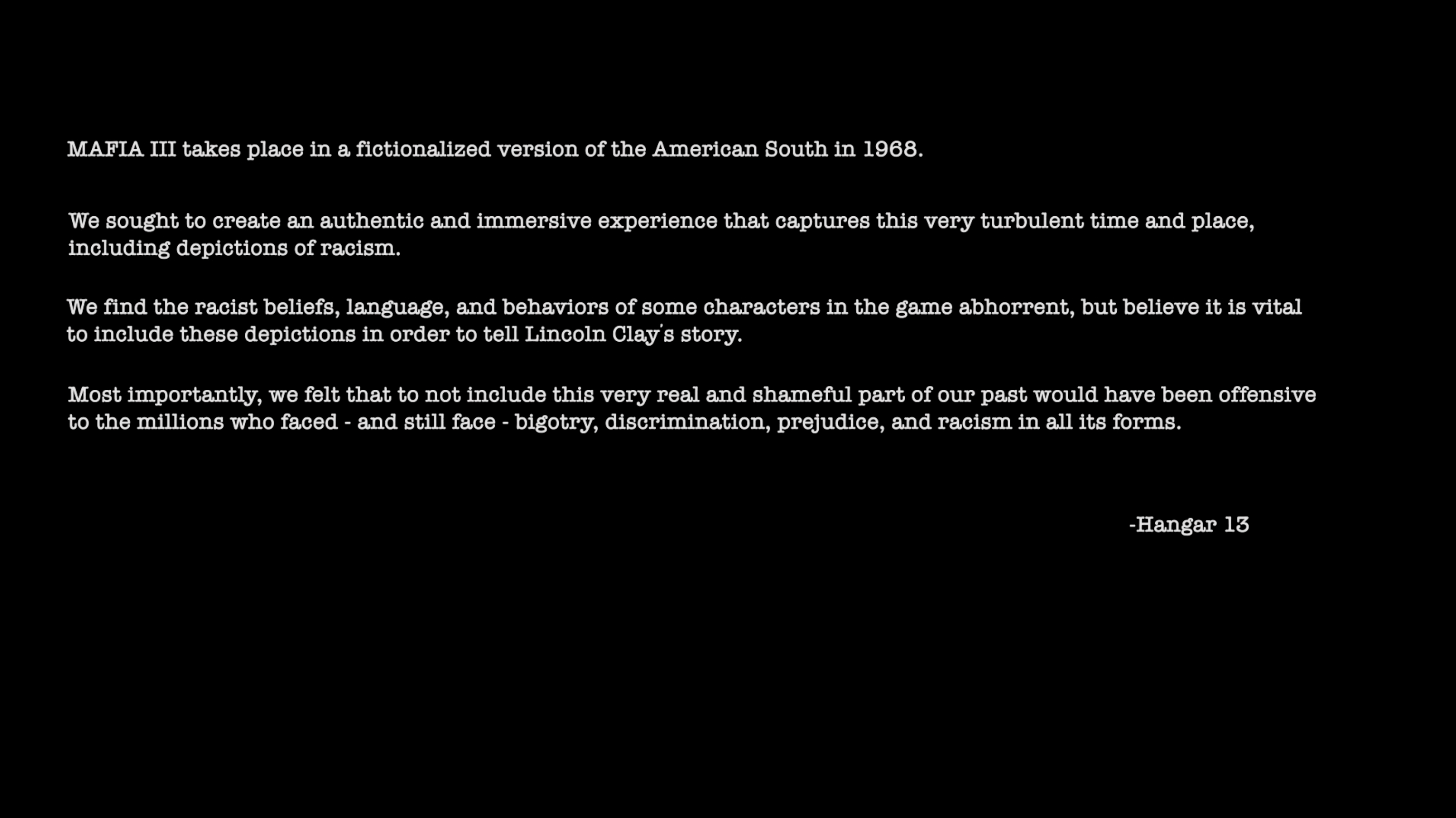 Right from the offset the game lets you know what you’re in for.

Clay is a man best described as a weapon. After a bloody tour in Vietnam, his plan of stopping home briefly to say goodbye before moving to the west coast is shattered.

Murdered and betrayed in cold blood, he watches the slaughter of his immediate family and closest friends whilst lying helplessly injured on the floor.

It’s not just the betrayal or the brutal executions that makes this scene so poignant, it’s the vocabulary of just one sentence.

“Stupid fucking niggers,” utters the ‘guido’ crime boss as he shoots Lincoln’s father in the head.

This theme of racial hatred is a constant recurring factor in the script and I find that it is what makes this game a cut above the rest.

In terms of actual gameplay, Mafia 3 plays in a very similar fashion to the now time-tested open-world free-reign simulator.

The precedent set by Grand Theft Auto 3 15 years ago is rather unchanged; you can essentially do anything you please, whether it is legal or not. However, it is ridiculously glitchy and there is a complete lack of fast travel within the game.

The combat system feels rather tired as well, it feels familiar but mediocre and a bit aged. The gameplay is perfectly acceptable but leaves you wishing for more. Mafia 3 is not a genre-defining title by any means, but it does have one secret weapon. 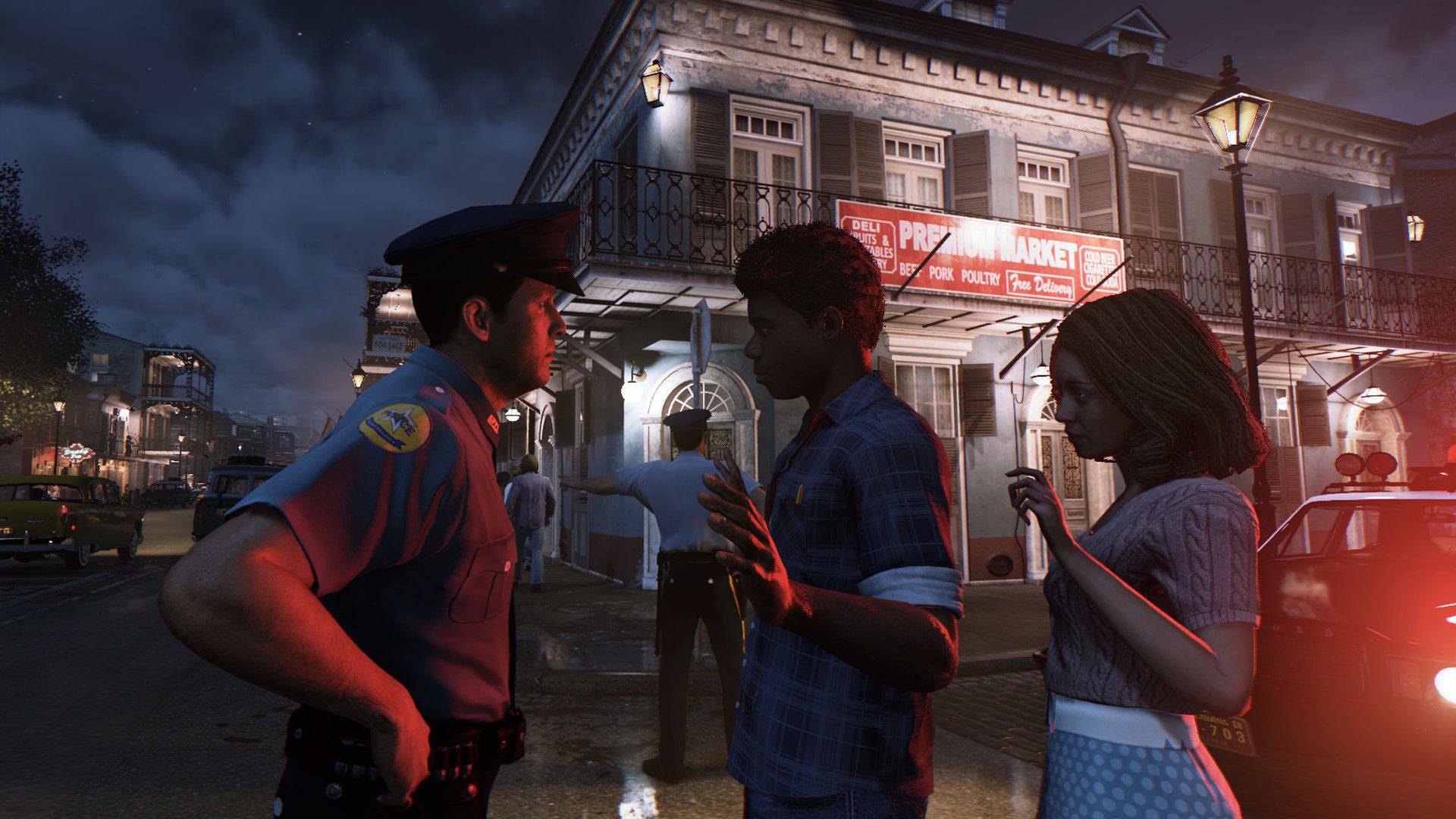 The key difference that sets Mafia 3 aside from every other third person free-roaming game is that you have never been forced to feel the gut wrenching anguish of pure unfiltered racism.

Games like GTA: San Andreas have touched on the dire situation in America that people of colour must face, yet it never delved into the depth that Mafia 3 reaches.

Amazingly this stark racism actually adds to the user experience in a manner you wouldn’t expect. It fills you with a sense of righteous rage that allows you to desecrate any opponents in your way.

For example, you are tasked with dispatching a southern branch of the Ku Klux Klan – to say that this was not incredibly enjoyable would be a lie.

That is the reaction that I was hoping for when I played Mafia 3. As a child of mixed ethnicity surrounded by white faces who simply did not understand racism, Mafia 3 is the hardcore racism-simulator the world needs.

I feel like almost every child should play the game to understand the sheer injustice that people of colour have to go through.

Despite the fact that you play as an enraged mass murderer on the warpath, the experience can be perceived as quite educational at the end of the day.

Therefore, emotively, the game is incredibly successful in creating a sense of racial injustice in the average player, whether they are black or not.

Just listen to the beautiful reaction from one gamer live streaming when he comes across the game’s implemented racism;

The eventuality of the player is that you must face this depraved and unfair racism head on, just like how you would in reality if you were black.

This feeling, which is harnessed through thought-out story telling, is one that I hope to see repeated in future games. Installing the heartbreak of racism in players is an amazing way of educating the world on the plight of discrimination.

This game has made leaps and bounds in shining a light on a serious underlying problem throughout society, one which is especially prominent in the United States at present.

Now with the rise of figures such as Donald Trump and the return of the right wing, the world must be mindful to prevent racism becoming more prominent in society again. With Mafia 3, you leave the player with an experience that they are unlikely to forget anytime soon.

Mafia 3 also calls the future of gaming into question.

At the moment gaming is at a crossroads; the triple A titles, like Call of Duty and FIFA constantly disenfranchise their fan base, while many games that try something new fall flat on their face, like No Man’s Sky or Evolve.

Most big budget games recycle old formulas to bring about the same result. Gone is the ingenuity expressed in Half Life 2, Call of Duty 2 and Halo 2; gone is the age in which developers cared about releasing a perfect product.

It is now the era of pre-order bonuses and early access passes. You really get the sense that developers care less and less about anything other than money.

Mafia 3 is a contradiction of the gaming world.

It is almost a broken game – it’s unambitious in gameplay and the glitching is merciless, but the fantastic story shines throughout. It is a triumph of sorts.

The brave new world it embarks into with the unexplored realm of racist story telling is potentially a game changer but the rest of the game is a disappointing let-down.

All in all Mafia 3 achieves what it set out to do but is unfortunately just not that great a game. It is hopefully a promising step in the right direction, though, as the game brings a whole new breathe of fresh air to the genre.