Britain Furst: a political parody of the UK 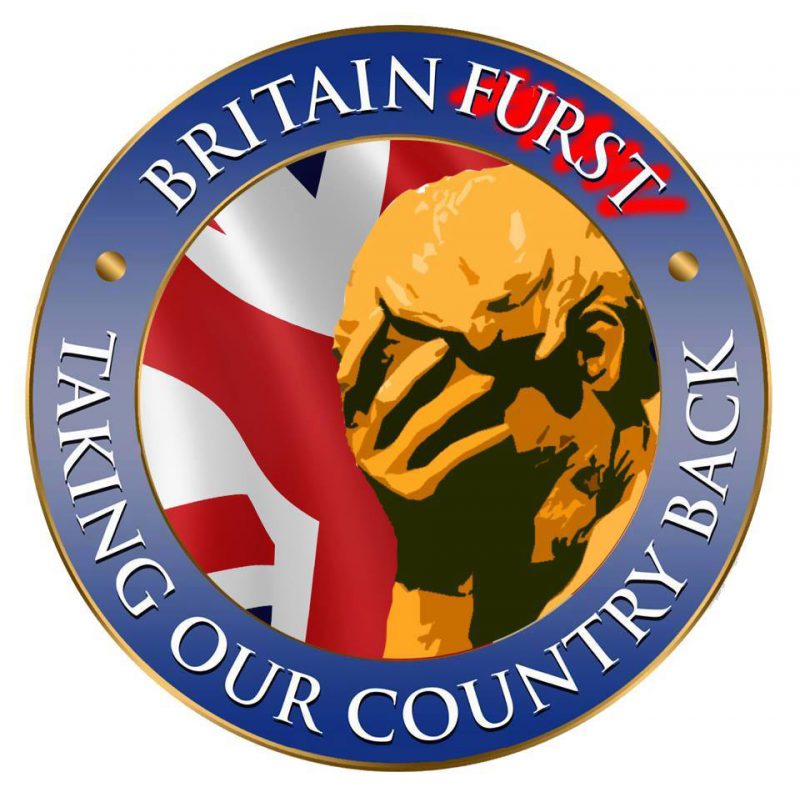 With the current cultural unrest occurring in Britain, due to post-Brexit sentiments against foreigners, many natives are feeling more comfortable in sharing their distasteful views on social media.

Britain Furst takes those views and essentially puts them on steroids, by consistently posting false information regarding immigration and integration to fool anyone who is gullible enough to believe it.

But the idea that it is either just a funny parody page or a catalyst for more unrest does raise questions.

The Facebook page started in 2014 with the intentions of comedically mocking the British way of exchanging news and it seemed that overnight everyone was talking about it.

After a couple of weeks, it gained 20 thousand likes, showing that it struck a chord with many people across the UK.

But it wasn’t until The Guardian produced a piece on them, “Britain Furst: the halal Ray Ban wearing far right Facebook mockers”, at which point they were catapulted to 80 thousand likes.

Artefact spoke with Gareth Arnoult, a founder of Britain Furst, to find out the intentions of the page and why it has become so popular.

“It was to make fun of people who don’t read into what they’re sharing from, [unreliable] sources like The Sun and The Daily Mail’ Arnoult told us.

Statistically, that’s a large number of people to mock, with more than half of newsreaders never making it past a headline.

But why are so many people not looking into what they’re sharing?

It could be for a number of reasons, such as trusting the news sites they visit and newspapers they buy.

It could be the constant information that is shoved in our faces every time we go online that we couldn’t possibly fact check everything. 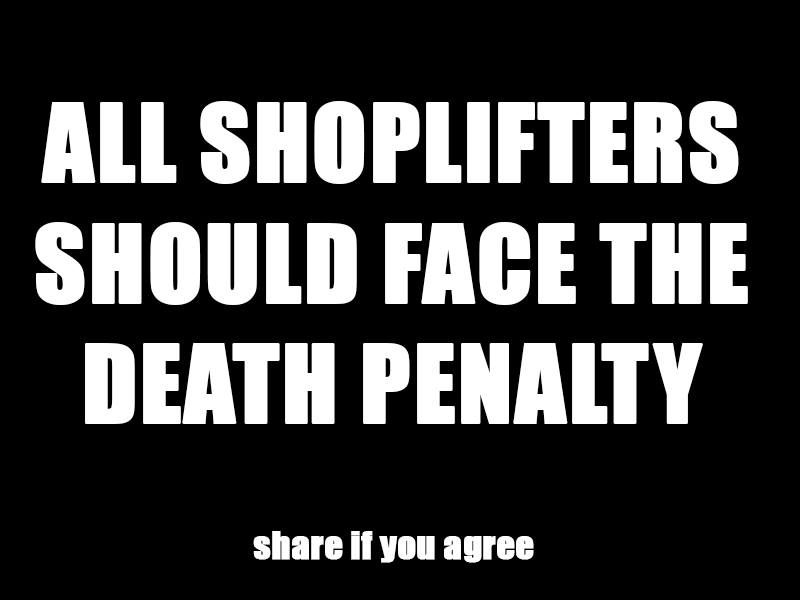 But the biggest cause, for many social media users especially, is when a headline simultaneously shocks and supports your opinions even if they’re racist or xenophobic.

An example of this point is when a Peppa Pig article that was created through Arnoult’s other page, linked to satirical website BFNN, went viral and spread everywhere across the UK.

The article falsely reported that the show would not be broadcast in Muslim majority areas because it was not considered “halal”, or permissable.

Arnoult described how this sparked a major outcry by many English people who used it as proof that Sharia law was being implemented in the country, or that Muslims were oppressing their views on them.

This couldn’t be further from the truth.

Funnily enough, Britain Furst has also duped quite a few politicians from parties such as UKIP.

Arnoult defends them saying that “they’re still human” and that they can get it wrong sometimes.

But while the site BFNN has also received a similar reception, the difference is that bfnn is designed to be more realistic, like a genuine news site.

The page imitated the systems that other news platforms utilised social media in order to make each article’s hilarious fictitious claims seem more believable thus duping more individuals with higher IQ points than those who normally fall for the trap that Britain Furst had laid, so much so, that companies like JP Wetherspoons and Asda have sent Arnoult Cease and Desist notices for allegedly defaming their brand.

Arnoult clarified that BFNN stood for nothing: “I chose letters to make it seem like a real news network (e.g. CNN, ABC, BBC etc.) but chose four letters instead of three to make it stand out.”

However, Vice magazine’s Gavin Haynes was spot on when describing it as a “British Fake News Network”. 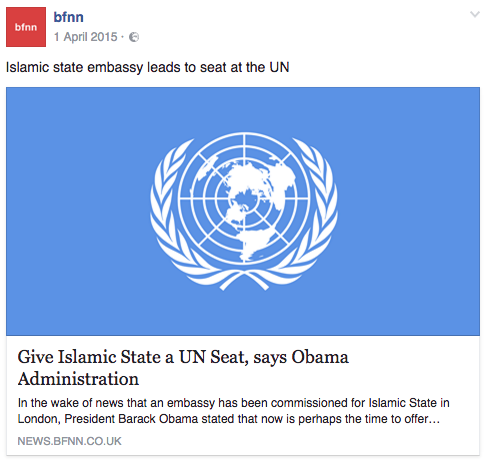 Britain Furst’s biggest demographic is 18 to 40-year-old males but this doesn’t mean that they believe the content.

Most acknowledge the comedic angle that Arnoult is aiming for.

The audience that believes the posts, Arnoult says, are more likely to be people from the north, working class, older and hold right-wing views.

He explains that this is because these groups contain people who are less educated and considered less prosperous.

This suggests that there is actually a divide between the north and the south; Arnoult agrees: “London is so far removed from the rest of the country culturally, socially and politically. You practically need a passport to get there”.

An interesting comment that an anonymous commenter made about Britain Furst, was that it was so good at parodying xenophobic views, and essentially producing ammunition for the right-wing side of the political spectrum, that it could be considered as dangerous as genuine propaganda.

When Artefact raised this with Arnoult he replied referencing Godwin’s law, which is an internet belief that the longer you are active in a discussion on the internet, the chances of someone being described as Hitler or anything affiliated with Nazism increases.

So, what does the original group, Britain First, think about all this?

Arnoult has actually met them. He said that he was in a town where there was a protest going on which was organised by the group and he bumped into them in a nearby pub.

At first, he was obviously nervous but proceeded to have a chat with them. He brought up the Facebook page and was astonished by their response.

“They were laughing but there was an interesting thing that one of them, Jayda, she said: ‘we like what you’re doing because it fans the flames to our cause’.”

Jayda Fransen is the Deputy Leader of Britain First. In early November she was found guilty of religiously-aggravated harassment after hurling abuse at a Muslim woman wearing a hijab.

Britain Furst has been running for years now and so has BFNN, although the latter is facing competition from other satirical sites like NewsThump.

With years of activity online, and being hugely popular, it is normal to receive negative feedback.

Arnoult explained that he has received death threats so many times that he has now become accustomed to it: “If someone says that they’re going to kill you; they would’ve done it already.”

From a first glance, you’d assume that Gareth Arnoult is a left-wing kind of guy but surprisingly he’s a Conservative supporter and has even worked for an MP in the Houses of Parliament.

“The far left are nastier and authoritarian online”

However, he detests both far-right and far-left individuals and groups stating: “The far left are nastier and authoritarian online” and that is the very reason why his page targets the far-right.

He says that if he was voting in the presidential elections, he would vote for Donald Trump as it is “the lesser of two evils” and Hillary Clinton is not trustworthy, especially after the email scandal that occurred in March 2015.

He has also voted in favour of Brexit.

He believes that it will be advantageous in the long run because he predicts the Conservative government winning the 2020 elections, even though he considers Jeremy Corbyn a strong competitor in the opposing team.

Despite all this, Arnoult still considers himself to be socially liberal and this highlights how it is important to differentiate a political stance from personal views.

But, it doesn’t matter what your political or societal opinions are when it comes to Britain Furst.

Its thousand of likes suggest it is considered as a well executed social media page that parodies British politics and although it is highly exaggerated, there is still an element of truth when it comes to many people’s views on race and religion in the UK.