The First Lady of the United states of America Michelle Obama is being urged to run for the presidency in 2020 after the victory of Donald Trump and the shock defeat of Hillary Clinton on November 8, 2016.

The election of Trump as the 45th President of the United States crushed the dreams of many to have a woman as head of the federal government and commander-in-chief.

November 8, 2016 is already being described as a step backward rather than forward to the values of democracy that America loudly shouted in the last decade.

The historic date and coincided with the anniversary of the fall of the Berlin Wall, which happened in 1989.

It is ‘unclear’ what Michelle Obama is planning to do in the four years of Trump’s mandate, after she and her husband leave the White House.

During Barack Obama’s presidency, she has firmly campaigned for veterans and for access to education for girls, founding the ‘Let Girls Learn’ initiative, and she has suggested she may continue to do so.

Many saw her potential as a presidential candidate during her speech at the Democratic National Convention, when she stated: “I wake up every morning in a house that was built by slaves,” and by making her mark as First Lady at the beginning of Barack Obama’s term by addressing racial and social issues, highlighted by police brutality at the time.

While the analysis of the 2016 elections gets underway, there are claims that Bernie Sanders may have been the only Democratic candidate capable of beating Donald Trump, from experts such as Robert Hockett or Christine Desan. 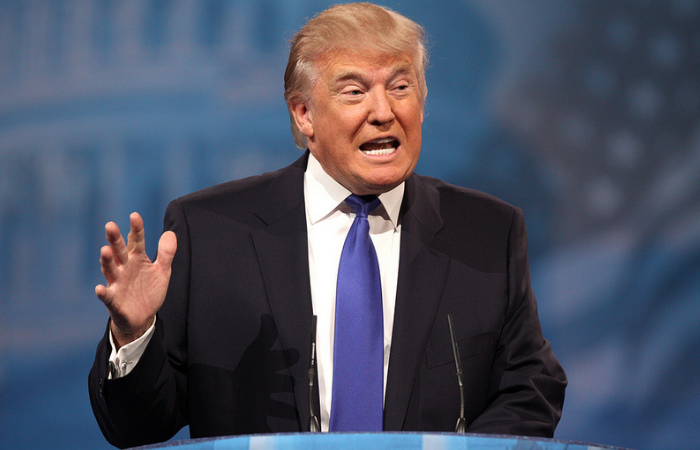 Michelle Obama didn’t remain quiet during Trump’s campaign; on the contrary she tackled his comments about women without hesitation, sharing with the public that she was “shaken to the core”.

Obama supporters say she and her husband did great things for the nation throughout the eight years of Obama’s presidency, and they built this on the basis of equal rights and social fairness proving that change is not scary but a new path that America has to take.

Whether Michelle Obama decides to stand for the nomination of the Democratic Party for the 2020 presidential election is still unclear but the path won’t be easy for her.

As a women but above all, a black women, she is going to face many difficulties if she wants to run for presidency, indeed recent news found a local mayor in West Virginia guilty of racism and outrage towards Michelle Obama, referring to the First Lady as an “ape”.

Pamela Ramsey Taylor, who runs a local non-profit group in Clay County posted on Facebook: “It will be refreshing to have a classy, beautiful, dignified first lady in the White House. I’m tired of seeing a Ape in heels,” she said in a post which was later deleted.

The scandal has spread across the United States after the local mayor, Beverly Whaling, responded with the comment: “Just made my day Pam.”

According to the 2010 census, the city of Clay County has no African American residents. More than 85,000 signatures have already been added to a petition to sack the local mayor, while the New York Daily News reported that Taylor had been fired.

Taylor told local news outlets that she acknowledged her Facebook post could be interpreted as racist but that wasn’t her intension, and that she only wanted to make a statement on the First Lady’s physical characteristics and attractiveness, not on the colour of her skin.

This latest incident has shown that America has achieved so much for equality and human dignity, making everybody think that racism and intolerance are almost a memory of the past, there still are people holding on to the white supremacy “glory”.

If Michelle Obama decides to run for the White House in 2020, she will face many people who will try to knock her down, first of all because she is a woman and secondly but most importantly, because she is black.

It is ‘unsure’ what Mrs Obama will decide to do but her supporters say the country should be grateful for what she has done and for how many people she has helped and inspired throughout the last eight years.

Only time will tell what is going to happen; as Hillary Clinton said: “Never stop believing that fighting for what’s right is worth it.”

By Oriol Escude
4 Mins read
One of the first patients in the world to receive Moderna’s vaccine tells us about her experience as a volunteer in the trials of the Covid-19 vaccine.
Politics

By Jussi Grut
6 Mins read
We look back at the legacy of Joe Biden during the Obama years and what we need to do to hold him to account during the next four.
LifeVideo

By Clea Sokhi
3 Mins read
How Shifting Culture, a London based creative agency adapted to the ‘new normal’ and made it through national lockdowns