Speaking up about mental health 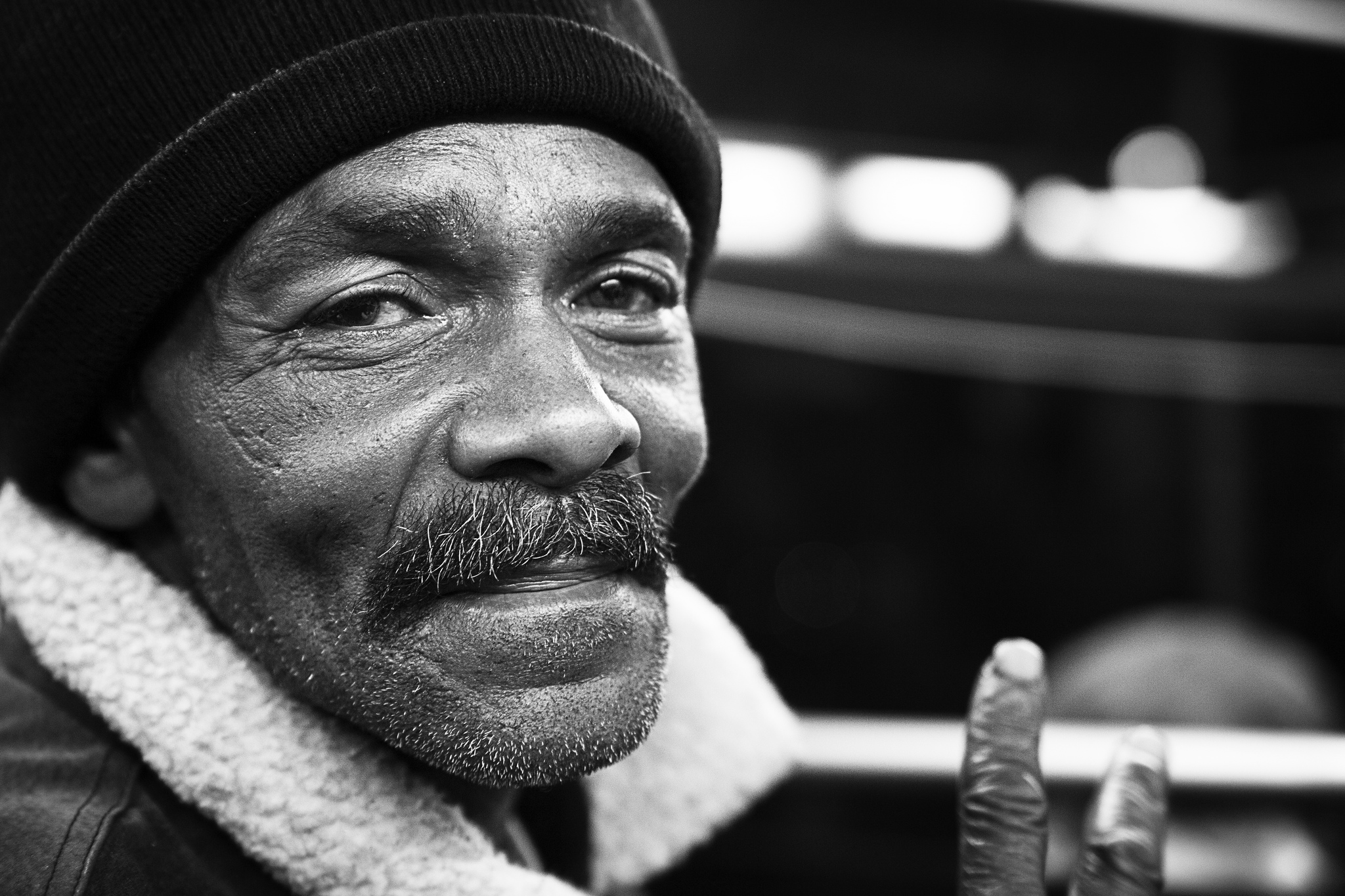 In October 2016, Kid Cudi revealed to the world that he was seeking treatment for anxiety, depression and suicidal thoughts, which sparked a major conversation online about mental health, particularly amongst black men.

In the viral Facebook post, which currently has nearly 500,000 likes, the hip hop artist wrote: “My anxiety and depression have ruled my life for as long as I can remember and I never leave the house because of it.

The message Cudi wrote to his fans was definitely worth reading as it is a topic that has been swept under the rug for many generations.

Many black people feel as though depression has been an increasingly taboo discussion, as even expressing signs of depression are seen as a supposed weakness and is considered to be socially unacceptable.

As a result, black men begin to feel as if their depression is a defining feature of themselves and that it is something to be ashamed of.

It goes without saying that Kid Cudi is just one of the few black men that are OK with being open and talking about depression, because if left, he would have been left in a worsened state, causing him to fall into a deep, dark hole.

The hashtag #YouGoodMan was created by Twitter user, Dayna Lynn Nuckolls and a friend – they thought it was about time black men were able to speak up about the problems in their life, and encourage them to ask if everything’s OK.

Cudi’s willingness to admit his vulnerabilities to himself and to the rest of the world could go a long way to helping others feel more comfortable, seeking help.

Given that rappers are often treated like superheroes, hearing that even they sometimes struggle with depression might help others feel less ashamed.

This also came at a time where many high profile shootings involving black victims suffering from mental health issues, that highlight our culture’s instinct not to engage with or treat those with mental illness.

The hashtag #YouGoodMan has been a question men have asked each other for generations and it is now the perfect time to have this conversation.

At the beginning of the 21st century, black men often found themselves achieving new heights and new milestones in their life, as education and hard work enabled them to reach their dreams and respect in mainstream society.

However, an underlying rule of success is to never get jealous of another man’s success and this is how a lot of them were treated.

If you go back to the 1800s where white people made black people slaves, there were many historical advantages for white people that lasted way beyond slavery, even until now where even if you have a great education or an amazing job, the thought of being wealthy will always be targeted.

Despite this, black men still find themselves lagging behind other ethnic groups in mental health indices.

The depression rate amongst black men is estimated to be 50 per cent higher than that of white men meaning the rate of mental health problems are higher than average for black men because of psychological factors that result directly from their experiences and history.

These experiences include racism, cultural alienation, violence and sexual exploitation.

From my own experience when growing up, boys often heard “boys don’t cry” as a stereotypical test of manhood, however, this stigmatises normal human emotions, negatively affecting boys and men.

It has historically been difficult to treat mental health problems as a black man as they often tend to minimise the serious nature of their problems. Many believe that their symptoms are “just the blues,” and are not proactive in changing their condition.

This also exists a stigma placed on mental health problems within the black community, as these are seen to be a sign of personal weakness, and not a sickness.

Having a strong reliance on community, the support of family, and the religious community during periods of emotional distress was very important as this was was the only support system you really needed.

The Mental Health Foundation looks specifically at how different ethnic groups have different cultural and socio-economic contexts when it comes to culturally appropriate treatments.

An example of this is how Asian minorities are cared for when it comes to mental health.

Statistics show that the number of Asian people in the UK with mental health problems have a better chance of recovery than a black person.

Eleanor Thompson, a social worker from Barking in East London, told us that working in the mental health sector is “very challenging as you’re coming from a holistic perspective,” looking at the whole person, rather than just the illness, and that makes it quite a unique role.

She says she has to have a very personalised approach in her job, as she can’t use the same method for each client.

Rehab might be used for a certain individual, while another individual may receive a Twelve Step programme, however, this is all decided through joint discussions.

“In all the years I have worked with black men dealing with mental health, I have tried to create a safe environment where young men can talk about their vulnerabilities.

“As a social worker, I am here to help and highlight the need for everyone to try and get involved to prevent mental health by addressing these contributory factors and intervening early,” she told us.

This is due to having family support, although mental health treatment may be culturally inappropriate for some, they still tend to view the individual in a holistic way, as an emotional and spiritual being.

Compared to other ethnic groups, black people more likely to enter the mental health service through the courts or police, rather than primary care, which is the main route of treatment for most people.

Research shows that black men are also more likely to be treated under a section of the Mental Health Act rather than be offered talking treatments such as psychotherapy.

Michael White, a black homeless man from North West London who is dealing with mental health issues, explained how he was suffering from pneumonia, and although it was cold and damp, he still wanted to spread the word that its about time black men spoke up about mental health.

He told Artefact: “I’ve been homeless for about three years now, and you know, it’s rough. People don’t understand what I go through on a daily basis”.

It is commonly accepted that mental health problems are much more common amongst homeless and vulnerably housed people than in the general population.

In many cases, mental health problems play a significant part in the circumstances which caused those persons to lose their accommodation.

White went on to say: “When I became homeless, I was depressed because the thought of not having a place to live, or food to eat, made me think is life really worth living? I experienced suicidal thoughts, I wanted to kill myself.

“If God is all knowing, all loving, all powerful, why would he put me through this?”

The mental health problems already being faced and the stress of being homeless would make it even harder to achieve stability in their housing.

This is worse amongst street homeless people as they are 100 times more likely to have a psychotic disorder than the general population.

Using alcohol to cope, homeless people have higher mortality rates – they are five times more likely to die than the general population.

The majority of research into homelessness and mental health considers large urban population and studies concentrate more on the street and shelter populations, rather than looking at the mental health of those who live in temporary accommodation or who are part of “the hidden homeless” living in London.

Mental health social workers are assigned to empower individuals with mental illness and their families, as well as their communities to lead a fulfilling, independent life.

Through therapy, support, and advocacy, they enable people to manage the social factors in their lives – whether it be relationships, housing or even employment.

By building resilience in individuals, their networks and their communities, they transform people’s well-being as well as improving society and economy.

We can no longer turn a blind eye to the subject of mental illness within the black community.

Studies show that 63 per cent of black men believe that depression is a personal weakness, and that the main barriers to treatment for black men are denial, embarrassment, and shame.

And for that reason, I want you to know that you have nothing to be ashamed of. You are worthy, you are loved, and your life is worth fighting for.

As a black woman who has come face-to-face with my own mental health struggles, I understand that it is not easy, but taking the necessary steps to get to a place of whole-hearted living and healing will be the most rewarding thing you can do for your soul.

You are kings, you are magic, but above all else you are human.

Take care of yourself.