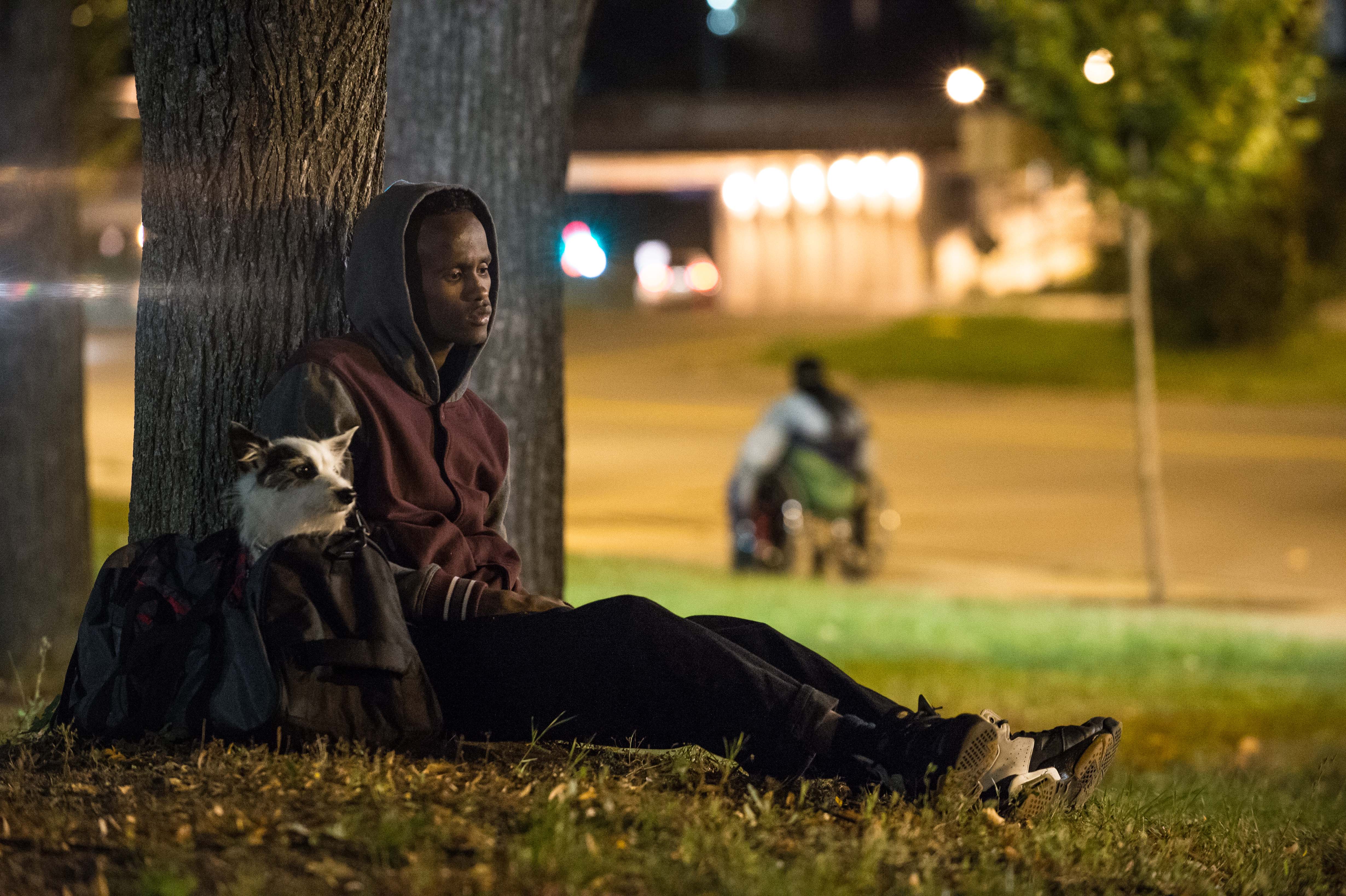 The sixth year of the Royal African Society’s annual film festival premiered its second film A Stray on October 29th.

I anticipated the celebration of African culture accompanied by wild dancing and vibrant clothing, but in reality I left abashed, realising that my perception of African communities was quite a hackneyed one.

I was touched by the depth of untold stories that challenge the stereotypes of migration and unfold the concepts of humanism: that the continuous movement of people serves as an adaptive response to a change or lack of resources, climate and safety.

While highlighting that what binds us as people is the notion of finding home being intensely affiliated with finding peace within your self.

“I have been in this world a short time, but lived in many places,” the idea of unsettlement experienced by many expatriates are summed up by the main character.

The premise of the movie begins in Minneapolis, Minnesota within a large Somali community where we are introduced to a refugee Adan (Barkhard Abdirahman) whose family had to flee to the US after the outbreak of the civil war in Somalia.

Dr Idil Osman, senior teacher at SOAS University of London joined a Q&A discussion at the screening, and spoke to the Artefact on the hardships of emigration on young people: “When the civil war happened, youngsters’ formative school period was disrupted.

“The scepticism fuels isolation in young people and as a result they end up turning into or turning to people which could direct them to the wrong path.”

“Instead of going to a school they were in refugee camps for many years and upon arrival to US to resettle they have missed three or four years of education and then they were not placed in a catch up period, they were literally planted in a school group of their age,” Dr Osman told us.

“While being not at the same educational level with their classmates, they additionally had to learn a new language and settle into an unfamiliar environment. That puts a huge strength for them to keep up.”

After the outset of the civil war in Somalia during the early 1990s, many refugees moved to Minnesota through voluntary agencies who helped them settle in.

The number of Somalis has tripled since the evacuees fled their home countries, an estimated 424,000 people have become residents in the area, according to Minnesota Compass.

Moving into a foreign environment, the vast majority remain in their cultural hub, banding together with people of the same values, cultural traditions and faith.

Despite living amongst fellow Somalis, Adan finds it challenging to get along with his own ‘people’ and often gets into altercations with his supposed friends.

Adan is presented as a hot-tempered and headstrong individual who struggles with battling his own demons that constantly whisper in his ear to choose wilful instead of right.

Possibly, due to the trauma of having no father figure in the family and being parented only by his mother, he struggles to make conscientious decisions and later on in the movie has to pay for his reckless behaviour.

Even with an unbreakable cultural bond, life isn’t as easy as it seems for Minnesotan Somalis as they receive negative media attention due to fact they reside in a religious and racial minority region. 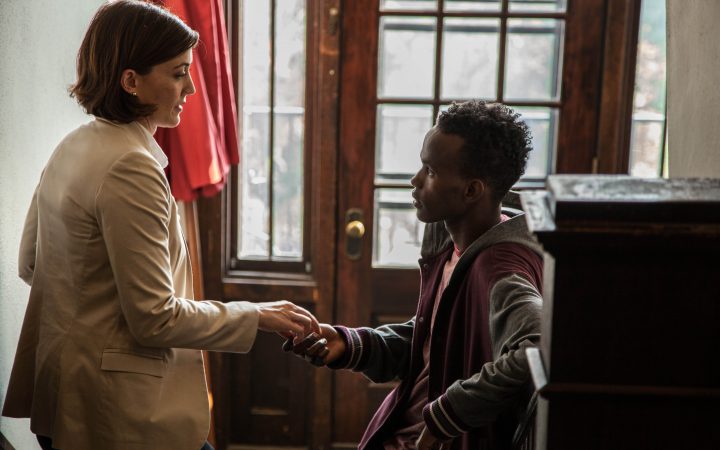 Adan finds himself on ‘a leash’ with an FBI agent

According to the FBI, at least 20 Somali men and women have travelled from Minnesota to join ISIS since 2014.

While nine have been charged for attempting to join ISIS, and the ensuing trial for three of the men led to the boom of prejudiced portrayal in the media.

The growing youth movement in the Somali community draws a direct connection between the portrayal of Minnesota’s Somalis and on-going discrimination.

Hamdi Khalif is a prominent poet who is originally from Somalia, and she raised concerns about surveillance and monitoring communities, especially the recruitment of Somali adolescents as informants for the FBI in exchange of popular goods.

“I find it ironic how the police who are supposed to be protecting and taking care of [Somalian] youth, instead they become a tool that they use,” Hamdi told Artefact.

“There are so many eyes and attention on certain communities and it’s unnecessary, because the majority of us are not terrorists, we just want a normal life, just like everyone else.

“The scepticism fuels isolation in young people and as a result they end up turning into or turning to people which could direct them to the wrong path,” she said.

“The force that’s meant to protect you pushes you into a direction where you bring harm not just to yourself, but other people too.”

Hamdi said: “At one point in the movie when [Adan] chucked his phone giving to him by an FBI agent in a water, he immediately chose the freedom and even though he might be struggling with this ‘freedom’ I suppose it is so much better than being on a ‘leash’.” 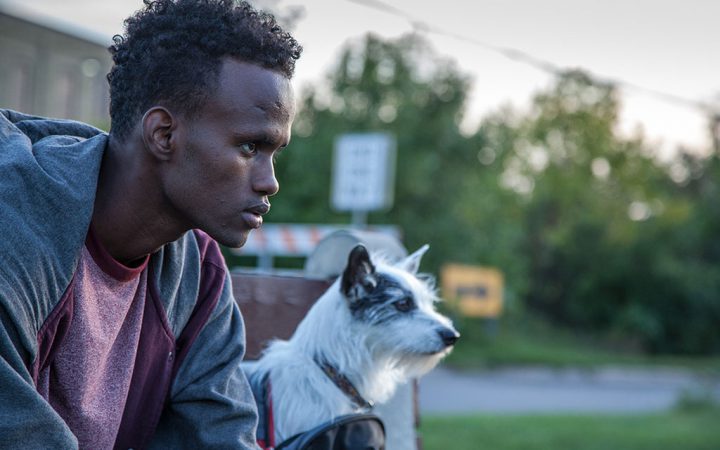 The unbreakable bond becomes the central theme of the movie

Musa Sayeed, the director of A Stray thought it was necessary to combat the limitations on the big screen, where Somalia’s portrayal is clichéd and limited to terrorist and pirates such as in Tom Hank’s movie Captain Phillips.

He initially wrote the script in English and allowed the actors to translate their lines into Somali, which led to some improvising as well as jokes and cultural references that only a person from a Somali background would understand.

Thanks to Adan’s mother a twist of fate comes about when she confronts him about her expensive jewellery being stolen – Adan denies the act and she has no choice but to kick him out of her apartment.

Despondent and rebuffed, he roams the streets, before ending up in a mosque where he reconnects with his faith asking Allah to find him a companion, which could help him become a ‘good Muslim’ and straighten his path.

Soon after, the prayer is answer but not in the way he expected. 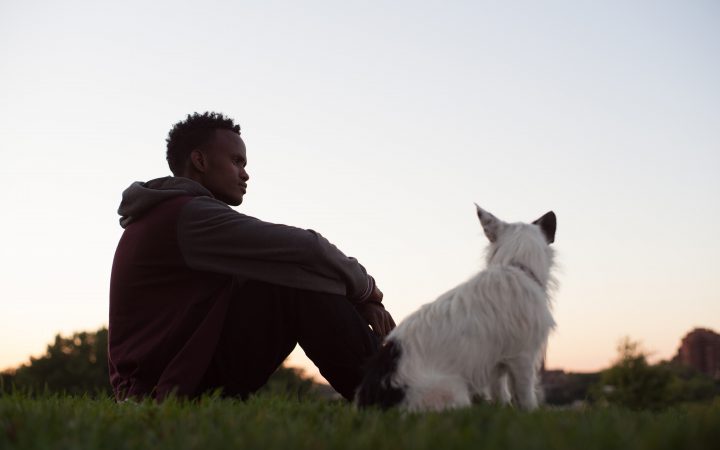 The symbolic element in the film, Adan has found a friend and a home.

When a heavenly-sent-friend arrives, offering Adan a job and shelter, unlucky Adan looses it all in a course of important delivery when he hits a stray dog.

The dog, named Laila (Ayla), is characterised as Adan’s shadow, he often tries to reject or abandon the animal due to the Islamic belief that touching a dog is haram (forbidden), but early enough he realises that they are in the same boat, both astray and unwanted.

“In a Somalian context a dog and a pig are two of the forbidden animals – they are seen as ritually impure. “We don’t have a close connection with them and this brings unfamiliarity; a fear of  [the] unknown,” Dr Osman explained.

“What is symbolic about their tie is when Somalian people fled from civil war and came into an unfamiliar environment. They are navigating this environment with new language and culture whilst trying to hold on to their faith as much as possible and survive,” Dr Osman added.

Their relationship is a modern illustration of being ever-reluctant to accept the dog, as confirmation that Muslims can’t assimilate to Western culture.

One might even think that Laila is a pure creation of Adan’s imagination, fantasy or not their bond illustrates a form of escapism from obsolete division of nations and a way of acceptance and cooperation between people with contrasting norms.

The series of events in the movie display a universal plight of being astray when setting foot in a new country, while finding your own path carved out of struggle, patience and pain.