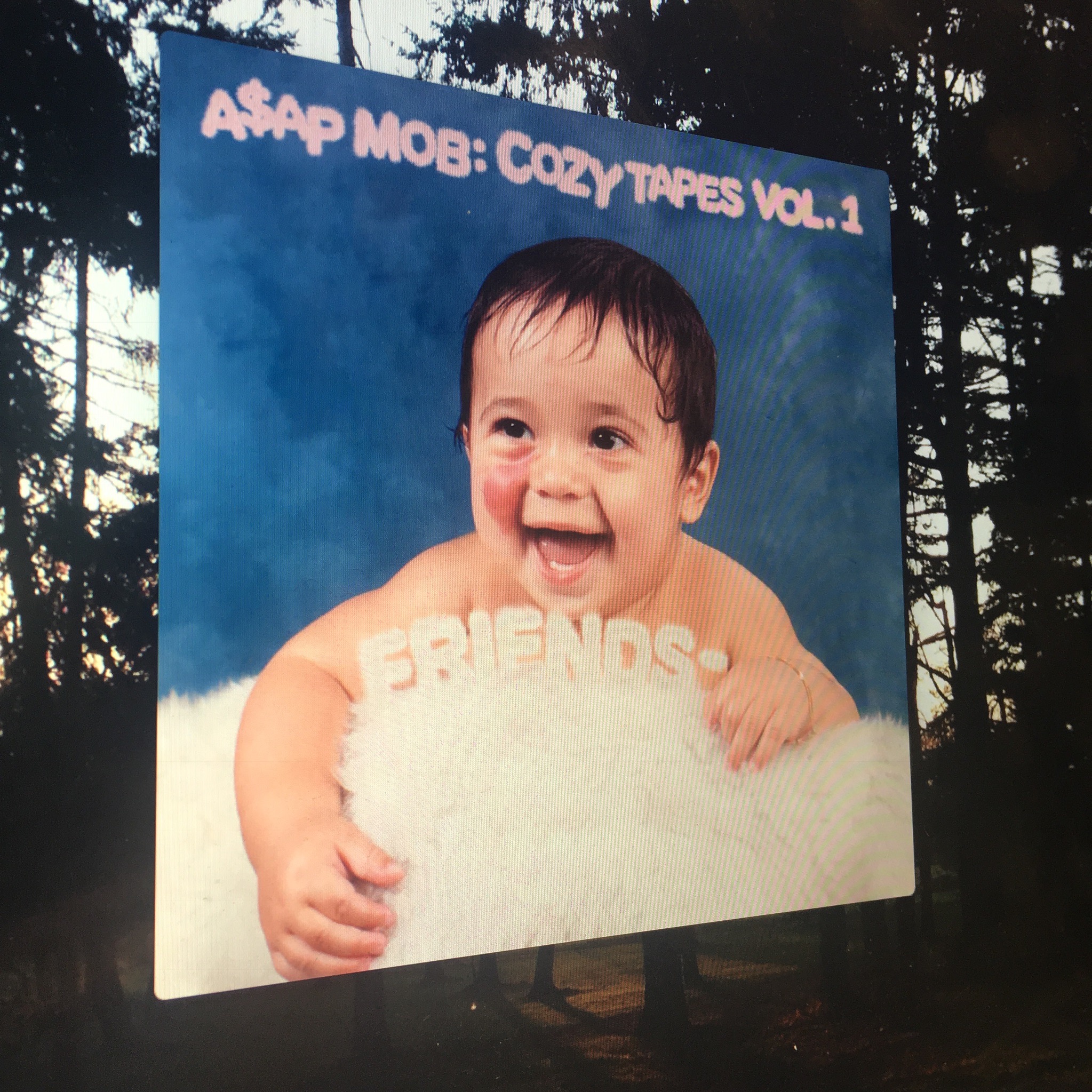 For most people, October 31 was the day to commemorate the tradition of All Hallows’ Eve, or, as it’s more commonly known: Hallowe’en.

But for the A$AP Mob, and their fans, it was a day to celebrate the life of the late A$AP Yams with a project dedicated to his memory.

The 12-track album entitled Cozy Tapes, is a take on Yams’ self-founded name for the non-rapping creatives of the mob known as Cozy Boyz.

The introductory skit before the onset of heavy trap hit Yamborghini High is a hysterical and nostalgic eavesdrop on the mob discussing their outfit choices and trying to surpass each others’ level of coziness, with Rocky claiming to have an outfit inspired by global warming.

Yamborghini High is the first and only song on the tape to include an appearance from every single member of the mob.

With the trippy visuals released in May, this track is a sure-fire opener to the project, setting the tone and pace of the album with haunting synths and an indication of the iridescent, trap-infused volume of tracks to come.

Crazy Brazy is a nod to the popular vernacular within American hip-hop youth culture to talk “blood” – as if part of the west coast Bloods gang, where the word crazy, becomes brazy.

Playing the role of executive producer on the project, A$AP Rocky created an ensemble of all the hottest and current artists in the rap game, which makes for a massively youth orientated, trendy and catchy sound.

The tape is largely influenced by private memoirs of Yams which A$AP Nast said he kept in ‘The Black Book’ which encapsulated with his visionary ideas.

Yams’ friends used this, with his mother’s permission, and decided the ultimate tribute would be to gather an array of the finest rap talent in the current hip-hop circuit and artists in particular that Yams would have been proud to see working alongside the A$AP team.

The list of guest rappers is extensive, with the producers a little less known, but still hugely talented.

We see appearances ranging from the much sought-after bubblegum rapper Lil Yachty to Wiz Khalifa, Playboi Carti, BJ the Chicago, Tyler the Creator and even UK to US grime scene pioneer Skepta features.

Ironically (or possibly intentionally) Skepta doesn’t feature on the aptly named London Town, which takes a leading role in being the foreign town they want to “pull up in the foreign, in a foreign country”.

Disappointingly, the rawness and grit that’d be expected from a London track is missing, but Rocky’s tongue-twister-esque lyrical content doesn’t fail and Carti’s infamous “Yuh” ad-libs keep it light and bouncy.

Tyler the Creator steals the spotlight on the final track Telephone Calls rounding off a cleverly themed ‘friends’ tape and highlighting the newfound friendship between Rocky and Tyler; a legitimate relationship christened by shopping mall antics and freestyling in the studio to Kanye West songs.

These unlikely partnerships, such as two rival crew’s frontmen coming together, only exemplifies the love and respect the musicians have for Yams’ life.

There couldn’t be a better way to celebrate the aspirations Yams helped set in place which made the A$AP dream come to life.

In fine taste, the project remains upbeat and loyal to the mobs traditional style. The only throwback hip-hop classic track is the James Brown sample of It’s a Man’s Man’s Man’s World on Nasty’s World.

Money Man, is a vision in itself, with the video recreating iconic scenes of the 1995 French classic film La Haine and even features the original leading actor playing a lead role alongside A$AP Rocky.

Rocky upstages all members of the mob, as he so often does with his effortless style and charisma, but more-so because the lack of group effort shows when second lead vocalist A$AP Ferg has a mere two features.

Nast outperforms Ferg on Money Man, but other than that, it is questionable as to whether this is more of a Rocky record than a mob tape.

The feature that is faultless throughout is the way that the flows, the themes, the features, the beats and the concepts all come together as a natural, unconscious display of artistry.

Yams would be proud to see his friends doing what they do best.

This tape is the definition of cozy.