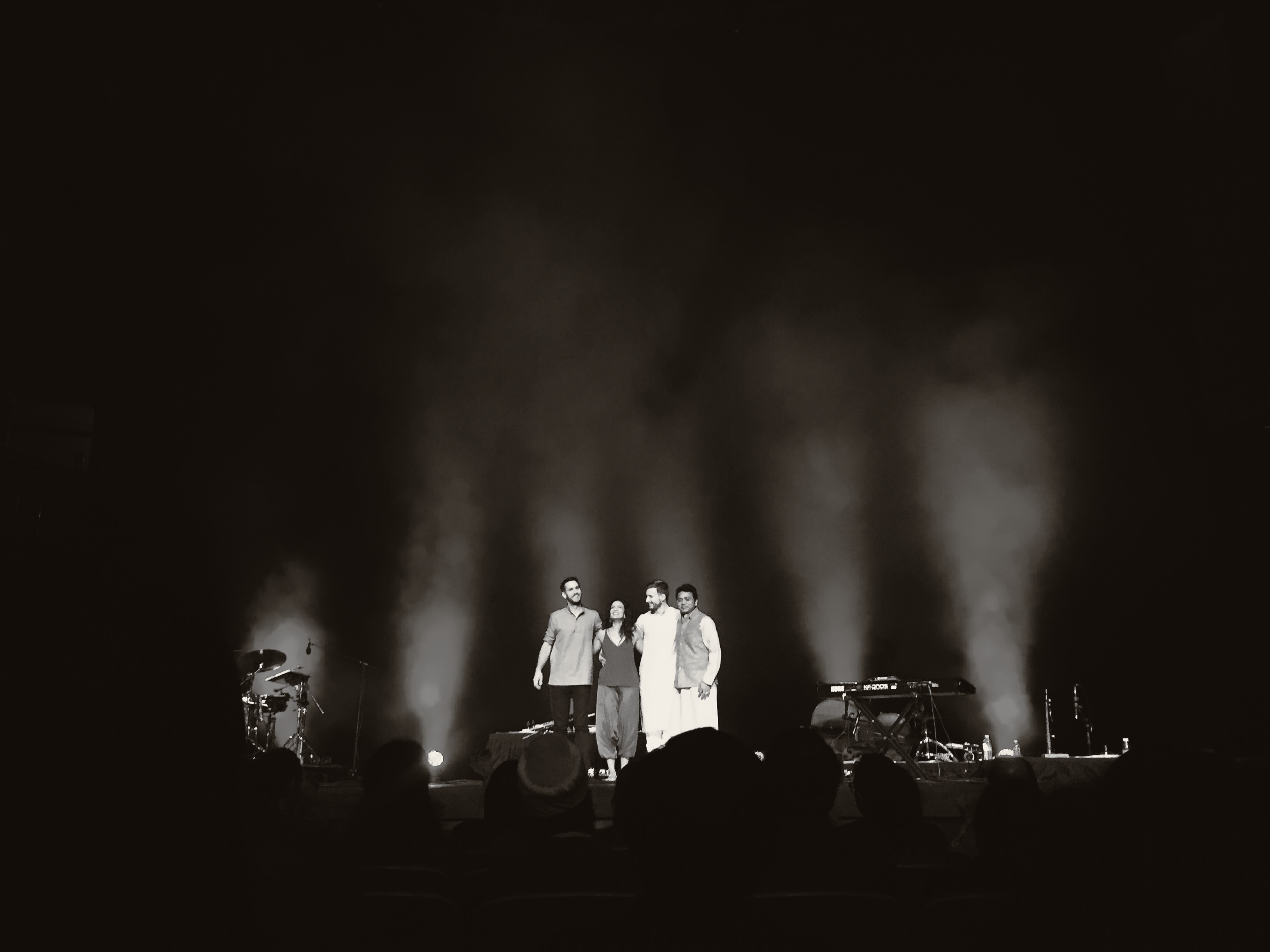 Daughter of the late Pandit Ravi Shankar, Anoushka Shankar is possibly one of the best classical sitarists out there.

From performing her first solo debut with tabla maestro Zakir Hussain in 1995, to mastering all of her father’s compositions, Shankar has captivated and embraced a global audience.

On November 10, Anoushka Shankar performed her new album, Land of Gold at the Symphony Hall in Birmingham.

The album perfectly toys with electronics and cross-genre collaborations, and the audience spent the entire 90 minutes spellbound by the effortless blend of contemporary rhythms with ethnic melodies.

Anoushka Shankar and her team walked on stage and began to prepare their instruments, as everyone gazed at her exclusive attention towards her sitar, she gave us an opportunity to absorb the wide variety of instruments and musicians accompanying her on stage.

Her percussionist, Manu Delago, who is also the co-writer of the album with his drum and steel drum set.

Sanjeev Shankar, another student of father Ravi Shankar, performed with the shehnai.

Completing the team was Matt Robertson, who added a new flavour to the album with the electronics and the double bass.

Shankar began the concert with Boat to Nowhere and Secret Heart, entirely hypnotising the audience with the intricacies of her sitar and the close to perfect illustration of the music through the lighting.

Sanjeev Shankar stunned with the shehnai, traditionally an instrument played at Indian weddings, it was rare to hear it being integrated so beautifully within an array of contemporary music.

The lights came back on and Shankar picked up the mic and took the time to introduce herself, her team and her music.

She described the album as a “cry against injustice” inspired by the refugee crisis over the past year, charmingly adding how the current political circumstances made the evening’s performance almost “cathartic”.

Without deviating too far from the point of the evening, she dropped the mic and continued with the music. 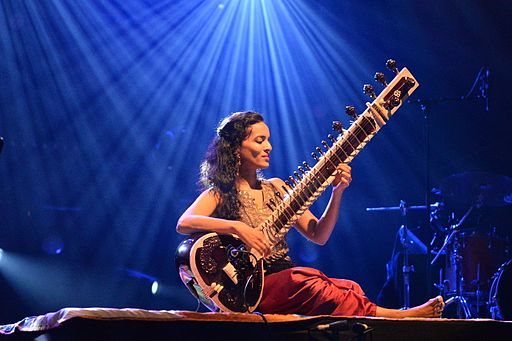 The second half started with Crossing the Rubicon an eleven minute composition where she fully embraced the stage and allowed her sitar to soar.

Soon after, she whirled herself and the audience into Last Chance, the upbeat pace of the piece perfectly introduced Jump In (Cross the Line) in which M.I.A’s voice was looped over the music by Robertson, allowing the audience to remain outside the bounds of comfort.

Using the best three songs of the album to end, she began with Land of Gold, the title track.

She performed this as an instrumental piece although the original recording has German-Turkish singer Alev Lenz adding her voice in a ballad.

Contrast to the intensity of the previously played music of the night Land of Gold complemented the performance as a peaceful, soulful yet fierce break.

The hall was lit in gold and the five minute piece matched the autumnal atmosphere of the evening.

“The album perfectly toys with electronics and cross-genre collaborations, and the audience spent the entire 90 minutes spellbound by the effortless blend of contemporary rhythms with ethnic melodies.”

She moved on to play Dissolving Boundaries, which she visualised to the audience as the breaking down of a wall, whether she meant physically or metaphorically, she left to each of our individual minds with a wink, as a BBC news report developed through the minimalistic piano-led melody of the composition.

Perhaps the most enjoyable part of the evening lay hidden within the exhilarating music, through Shankar’s expressions.

She was transfixed on her instrument and her team, she disconnected from the parody of a performance the minute she stepped on stage and performed most of the evening with her eyes shut, and head tilted back.

Shankar’s final song of the evening was Reunion, arguably the happiest song of the album, and here  Delago matched Shankar’s initial melody with a tabla-like beat.

The piece grows upon its motifs rising to a crescendo where Sanjeev Shankar joins and performed a slightly awkward entwined duo with Delago, which unfortunately did not do justice to the climax of the evening.

Shankar impressed the audience with an intricate, repetitive and passionate ending and the team stood to take their bows.

As the audience applause faded, the team re-appeared and huddled together in a small group at the edge of the stage.

Intimately they performed a lullaby for an encore, which Shankar described as the brain child of the album, the audience swooned to her graceful tune and with a humble smile, Shankar ended another inspirational evening.