‘When Britain sneezes the NHS catches the cold’

The United Kingdom’s decision to leave the European Union on June 23, 2016 has led to stormy debates, raising many questions about what this prospect could mean for the NHS.

However the real impact of Brexit on the health service and life sciences sector will not be known until Theresa May invokes Article 50 and formally begins the process of exiting the EU by the end of March 2017.

Those campaigning for Brexit argued that in the long term the UK would gain more opportunities for trade growth outside the EU, particularly with faster-growing emerging markets.

In the short term, official Leave campaigners including the former UKIP leader Nigel Farage claimed that the UK’s economy will be boosted from withdrawing its contributions to the EU budget. 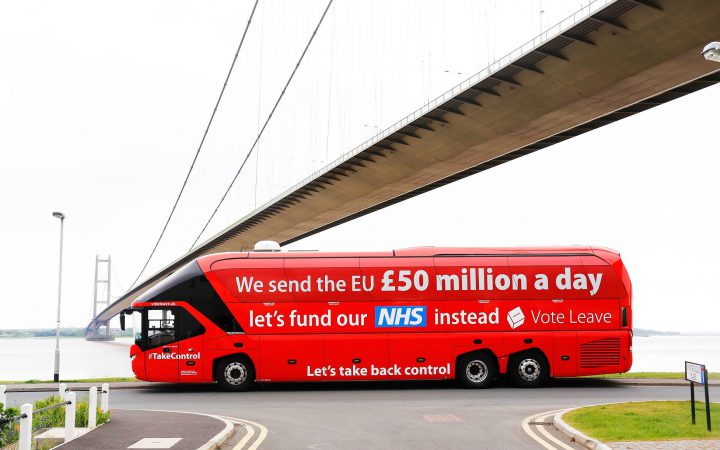 The NHS promise the size of a bus [Vote Leave]

Pro-Brexit adverts with a slogan being written in massive letters on the side of the Vote Leave battle bus “Let’s give our NHS the £350 million the EU takes every week” and “We send the EU £350 million a week, let’s fund our NHS instead” all suggested huge amounts of money could be diverted from EU to the NHS.

These miraculous promises were refuted just after the vote by Chris Grayling, the Tory Cabinet member and prominent Brexit campaigner, who said the idea of spending millions a week on the NHS instead of the EU was only “an aspiration.”

The same fate followed Nigel Farage, who tried to put a positive spin on the situation by passionately reassuring Britons that the money saved from these EU funds will go on “hospitals and GPs“.

“We should spend the money here, on own country, on our own people,” he said.

Though predictably enough, an hour after the leave vote has confirmed Farage admitted that the £350 million pledge was a “mistake” as the money could not be guaranteed and claimed he would never have made the promise in the first place, as he was not a part of the ‘official’ Vote Leave campaign.

Nevertheless, those who believe that Britain is stronger in the EU see substantial economic risks to Brexit.

Earlier this year, the NHS England CEO Simon Stevens warned of possible recession in the event of exiting the EU.

“It’s been true for the 68 years of the NHS’s history that when the British economy sneezes the NHS catches a cold,” he said. “It would be very dangerous if at precisely the moment the NHS is going to need extra funding, the economy goes into a tailspin.”

Too much red ink in the NHS was picked up by a research group Economist Intelligence Unit (EIU), who, in their recent report forecast a gloomy future for the healthcare company.

They suggest that the UK’s economy has already slowed, partly due to the uncertainty of triggering the Article 50, which may have lead some companies to defer their spending plans.

Foreign investers such as healthcare suppliers see the UK as one of the best places to establish their European headquarters.

They benefit from an English-speaking base, with access to a large international pool of skilled staff, established trade links and well-connected airports.

“It would be very dangerous if at precisely the moment the NHS is going to need extra funding, the economy goes into a tailspin.”

However, there is a strong sense of apprehension from international investors as they are now more risk-averse, and less willing to invest or settle their businesses in the country.

Even if the UK negotiates a new agreement with Europe, being outside the EU would damage trade, direct foreign investment and productivity according to EIU.

These are the main assets in economic growth-investment which will inject deep uncertainty into the UK’s economy.

As a result the economy would fall into recession and the consequences will be a reduction in tax revenues and therefore cuts in the funds available for public services such as health.

Thus, the post-Brexit NHS will have to tighten its belt to fit in with new spending allowance per head which estimates to be around £135 by 2020.

Leaving the EU, would leave the UK a leader in the global pharmaceutical trade as EIU put it: “Just one isolated market that cannot be entered using the EU centralised drug authorisation pathway.”

When it comes to existing decentralised businesses supplied by the EU, many begin to fear that the country will lose more than it will gain outside of EU.

Just few weeks after the public voted to leave the EU, the London-based European Medicines Agency (EMA), an attractive feature for foreign life-science investors, reported to be ‘moving’ from its base that was established back in 1995.

The EMA is EU’s one-stop shop for centralised authorisation, which allows medical products to enter all EU states. 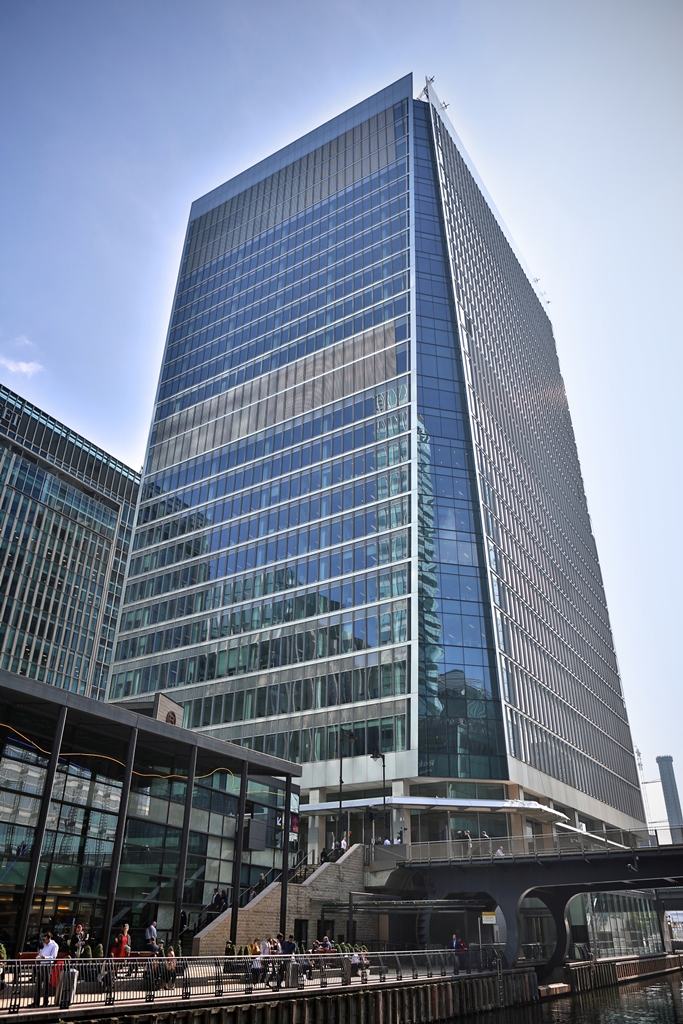 It is also open to goods that bring a significant therapeutic, scientific as well as technical innovation, where the majority of genuinely novel medicines are authorised through the EMA.

Not only does the EMA serve as the NHS’s right-hand man, but more importantly, it allows for partnerships with non-EU businesses.

Pharmaceutical organisations like Shionogi, a Japanese company, and Vertex, a US association, chose the UK partly because the EMA took an advisory role, and helped them to figure out how European regulations work.

Countries that have already shown interest if the EMA decides to finalise its relocate are: Germany, Sweden, France, Denmark and Italy.

As a result, the impact of this would be to create more uncertainty for the UK in terms of keeping up with the development and innovation in the health-care system.

The outcome of whether the EMA will leave its Canary Wharf headquarters or remain will be decided by common agreement among the representatives of the Member States.

In the post-Brexit world, the UK would no longer provide an ideal point of entry for European and non-EU markets.

The knock on effect of Brexit on diminished NHS expenditure will not only impact the spending on health services and their suppliers, but also the pharmaceutical industry.

A recent debate over the question: This house believes Brexit will not affect health innovation was held at HeathTech Woman UK conference in November 2016.

During the debate, Jon Hoeksma, CEO of Digital Intelligence claimed that triggering Article 50 (the official start of the EU withdrawl process) will deny the NHS any access to the “rich market” supplied by the EU.

“We are talking about a rich market. Anything that we do it is going to impede access to that market, increase and make regulator compliance more difficult, which can’t be beneficial for innovation in health sector,” Hoeskma said.

“There is a lot protectionism in many European markets and I think the idea of post-Brexit independence will somehow magical unleash a wave of growth in medicine. It is simply case unproven,” he added.

However pro-Brexit campaigners counter that the UK currently runs a large trade deficit on pharmaceuticals with the EU.

Meanwhile, non-EU exports are growing faster than those in the EU, so freeing the UK to make bilateral trade negotiations would help to support that.

Beyond the pharmaceutiacal trade there is a vision of tens of thousands of employees packing their bags and heading home to other EU countries. A British withdrawal is one that is seriously worrying social care workers.

“We’ve already seen a large chunk of the NHS workforce being told that they are no longer wanted and as soon as they can replaced they will be. Isn’t that a terrible message to send to everyone working a in healthcare?” Joe Hoeskma told Artefact in response to a question asked at the event.

Data from the British Medical Journal also forecasts that there were close to 40,000 registrations for new nurses in 2015, and that 10,000 of those come from the Economic European Area (EEA) and a mere 2,000 from outside the EEA.

The future of the EEA workers is now uncertain, and their fate has yet to be determined once Britain will become officially independent.

Moreover, the demand for staff and services is rising as the UK population ages and their care needs become more complex.

If the NHS employees from the EEA leave, they would become harder to replace.

Even at present, the number of doctors and nurses compared to the overall UK population is well below what is needed, with 2.8 doctors and 8.2 nurses per 10,000 people in the population in 2012, compared with OECD averages of 3.2 and 8.9. 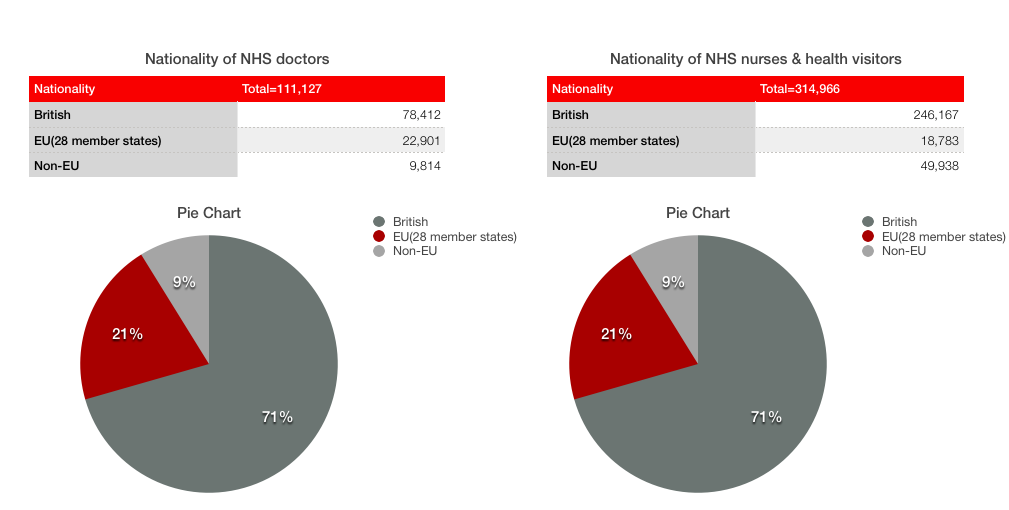 There are more British NHS employees than those from the EU and Non-EU countries.

However, the UK’s ratio has been improving and in the past few years Health Education England (HEE), which manages NHS recruitment, has put substantial resources into training and recruiting medical workers.

Its says the workforce commissioning plans should bring in 80,000 new recruits, but the HEE acknowledges that the combination of retirement, staff turnover and increased demands would mean it would struggle to complete the NHS demands.

Brexit would add to those pressures.

Dr Paven Chandrala a cardiologist at University College Hospital (UCLH) told Artefact that in his view, Brexit could be “potentially detrimental” to the existing crisis of staff shortage at the NHS.

“A large proportion of workers are from Europe, and limiting this avenue of employment without appropriate planning could mean an already understaffed system will get worse.”

The process of putting an exit vote into effect will take around six months, and many within the NHS believe the government could use that period to plan out an amnesty procedure for key workers, including those in a health sector.

Others may decide to apply for British citizenship and some have began doing so to secure their right to work and live indefinitely in the country.

Home Office official figures show that that the number of applications for British citizenship increased by 13% in the year ending March 2016 to 152,239 but that is still lower than the peak of 232,262 in 2013.

George Lewith, professor of health research and medicine at University of Southhampton, argued that Brexit will cause irreparable damage to the NHS.

“[Brexit] will be at least radical to the residency, because the NHS will cease to function. Were are very dependent on the European Union and on the foreign workers that are here,” he told Artefact. “It will be devastating if we lose them.”

With a little room for a positive outcome and anxiety surrounding Brexit’s impact on the healthcare services and its supply industry, concerns for the future are growing.

Questions are being asked about whether any of these consequences can be mitigated in the long term. In terms of organisational risk, the NHS’s workforce also needs to be reviewed.

An immigration check may have to be carried out to identify those key employees who could lose their right to remain in the UK, as well as the UK nationals who may need to move back.

Once the immediate problems are identified, the NHS will have a clear idea of the demand it faces in the future once the 43-year-old bond with the EU no longer exists.