Burned alive in the name of family honour

Burned Alive is the autobiography of a 17-year-old girl pseudonymously called Souad from a remote village in West Bank in Palestine, who has been sentenced to death by her own family for the “crime against family honour”.

She was set on fire by her brother-in-law after she became pregnant by a local boy outside of marriage.

Hundreds of women die in honour killings each year. These customs are considered as a norm in the Middle East.

The murderers, who are usually members of the family, are heroes in the eyes of the society and are unlikely to face any prosecution.

Women have no voice, their only functions are mainly serving the men in the family and giving birth.

The rules of the society don’t allow women to raise their gaze to men, otherwise they’ll be accused of being a prostitute or “charmuta”.

Unmarried women cannot wear jewellery or make up either.

At the age of 18, Souad has barely seen the outside world except her own house. She has never been to school as only men were allowed to study. 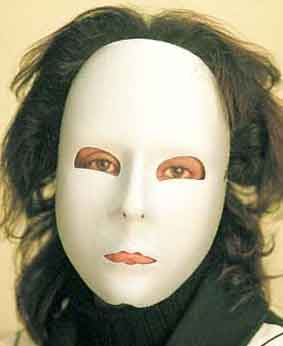 Cruelty and beating are also a common practice in her village.

Souad says: “My father would shout, ‘Why have the sheep come back by themselves?’ then pull me by the hair and drag me into the kitchen to hit me. Once he tied up my sister Kainat and me, our hands behind our backs, our legs bound, and a scarf over our mouths to stop us screaming. We stayed like that all night, tied to a gate in the stable.”

Souad was expected to get married before the age of 14, like her mother, to avoid disdain from the villagers.

But her older sister Kainat, who resigned herself to remain unmarried, restrained her from that. The customs of the village state that eldest sisters should get married first.

Her mother didn’t even want to discuss the marriage when Souad discovered that their neighbour Faiez had asked for her. But despite the risk of being stoned to death, Souad decided to talk to him.

They had had a couple of secret meetings when he seduced her – the only reason why she let him do so was a fear of losing him and an opportunity of finally gaining freedom.

Months later she knew that she was pregnant. Souad wrote: “There was a family meeting, which of course I wasn’t allowed to attend; my parents, Noura and my brother-in-law Hussein. I listened behind the wall, terrified.” It was supposed to be done when everyone left the house.

The next day, Souad’s brother-in-law came to her smiling while she was doing chores. “Twenty-five years later I see these images again as if time has stopped. I was sitting on a rock, barefoot in a grey dress. I had lowered my head, unable to look at him; my forehead was on my knees,” she writes. In moments she felt the cold liquid pouring down her head.

Souad was seven months pregnant when she was set on fire. Badly burned, she was lucky to get into the hospital. Her mother came to visit her once, but only to poison her – the sudden appearance of a nurse prevented that.

The book was written as a result of repressed memory therapy, and it tells how Souad had forgotten about the incident and remembered the story many years after during treatment with a psychiatrist.

Therese Taylor, an Australian historian, pointed to numerous medical and cultural mismatches. For instance, Souad wrote that she had survived burns of 70 per cent of the surface of her skin without medical assistance, which is practically impossible.

In one of the chapters she also wrote that she had seen her sister being strangled with a telephone wire – however in the year 1979, when these events were thought to have taken place, villages in the West Bank didn’t have telephones.

So far, there is no solid evidence to prove that those events actually happened. Some historians even claimed that Souad probably does not really know who she is.

Nevertheless, the Foundation Surgir, a charity that claim to have saved Souad, does exist and rescues women from violence.

It’s also a proven fact that some laws infringe the rights of women in many Middle Eastern countries.

While there might be a widespread belief that this particular book is not entirely accurate, honour killing itself is no work of fiction.

The recent story of Qandeel Baloch’s death is one case which proves the existence of such a cruel practice in the modern world.

[pullquote align=”right”]“According to HBV Awareness: 5,000 honour killings happen internationally per year.”[/pullquote]The Pakistani social media star was asphyxiated by her brother, who confessed to killing his sister because of her “daring posts” on social media.

Thousands of similar cases are reported around the world each year and, disturbingly, don’t even reach the media.

Burned Alive might be a fictional memoir, but it gives an eye-opening insight into the cruel customs of the Middle East.

For the sake of ‘family honour’ women are killed in the most shameful and barbaric ways; beheaded, burned, stoned to death, buried alive or strangled.

Activists in women’s organisations in the Middle East and South-West Asia believe that there are at least 20 thousand such killings a year.

Journalists of The Independent have been investigating such cases in Jordan, Pakistan, Egypt, Gaza and West Bank for ten months and revealed the horrific details.

They believe that observance of “honour” or “ird” of families, communities and nations in the Middle East goes beyond religion and human mercy.

The Independent writes: “Men are also killed for “honour” and, despite its identification by journalists as a largely Muslim practice, some Christian and Hindu communities have been practicing the same crimes.

But voluntary women’s groups, human rights organisations, Amnesty International and news archives suggest that the slaughter of the innocent for “dishonouring” their families is increasing by the year.

Honour Based Violence Awareness Network (HBV) have published figures which are considered to be severely underestimated.

HBV Awareness believe that very little is known about the true extent of honour-based attacks worldwide, mainly due to the lack of reporting.

Yet according to them, around 5,000 honour killings happen internationally each year, 1,000 of them in India, and even 12 in the UK.

Honour killings are also spreading to Great Britain, Belgium, Russia, Canada and many other countries.

Law enforcement authorities and the courts of many countries in the Middle East tend to pay less or no attention to such cases.

The government usually reduces or abolishes prison sentences for killing female relatives, often classifying them as suicide to avoid prosecution.

It’s hard to believe that this type of crime can be happening in the 21st century.

There have even been some cases of men raping their own daughters, and killing them for the sake of family honour when they got pregnant.

The father and grandfather of 16-year-old Turkish woman Medine Mehmi in Adiyaman province, buried her alive for friendship with men. Her body was found 40 days later, in a sitting position with her hands tied.

The story of 13-year-old Aisha Ibrahim Duhulow in 2008 from Somalia is hard to believe.

Accused of adultery, Aisha was buried in the ground up to her neck and stoned by 50 men in front of a crowd of a thousand people.

After ten minutes, when they noticed that she was still alive, she was stoned to death again.

Aisha was actually punished for being raped by three men.

Arbab Khatoon’s story is similar; she was raped by three men in Pakistan’s Jacobabad district.

Seven hours after she complained to the police, she was killed by her relatives for bringing “disgrace to the family”.

Honour killing is very commonly associated with the religion of Islam.

Numerous inquiries have been sent to the the Muslim Council of Britain regarding Islam’s continuing relationship to this practice.

Representatives have claimed that honour killings have never been approved by Islam in any way; indeed Islam condemns lynching, always calling for mercy, justice and respect for the law.

The organisation says that a Muslim who correctly understands the religion would never take the life of another human being.

[pullquote align=”right”]“Honour killings have never been approved by Islam in any way.”[/pullquote]The reason behind most honour killings is the concept of honour or “izzat”, which is a very strong motivator for many people regardless of their religious beliefs.

It originates from tribal and village customs, whereas Islam teaches that each person is responsible for their own actions.

The Holy Qur’an also says that killing one innocent person is like killing all of humanity.

The Daily Mail Online has recently been blamed for referring to honour killing as Islamic in their headline of the article about the killing of Saima Khan in Luton in May.

IPSO, the Independent Press Standards Organisation, has sent a complaint to the Mail Online claiming that the phrase “Islamic honour killing” suggested that the killing had been motivated by Islam, which is inaccurate as honour killing has no basis in the religion of Islam.

Islamophobia has been growing rapidly in the modern world, and some say it has been inflamed by coverage of honour killings.

Miqdaad Versi, the assistant general secretary of the Muslim Council of Britain told The Guardian: “It is vital that news outlets do not encourage Islamophobia through the usage of clearly inaccurate and inflammatory headlines, especially in today’s climate. Honour killings are barbaric acts based in culture and not in faith.”

“The murder of women in the name of ‘honour’ is a gender-specific form of discrimination and violence. In societies where so-called honour killings are allowed to occur, governments are failing in their responsibility to protect and ensure women their human rights,” says Amnesty International

They add that: “‘Honour” killings should be regarded as part of a larger spectrum of violence against women, as well as a serious human rights violation.“

Burned Alive might be a fictional memoir, but the essence of the story is the reality and common practice for many women in the modern world, hiding behind religion.

Yet, as Amnesty International said, it’s just a “gender specific form of discrimination and violence”, which has to be eradicated.

By Zeina Saleh
10 Mins read
We go for a day out in Dubai to meet a group of Filipino workers who tell us about their lives.
Life

By Neelam Ahmed
6 Mins read
How the gender imbalance in Pakistan is making the country increasingly unsafe for women.
Politics

By Jussi Grut
6 Mins read
We look back at the legacy of Joe Biden during the Obama years and what we need to do to hold him to account during the next four.