One life, lived well, is enough 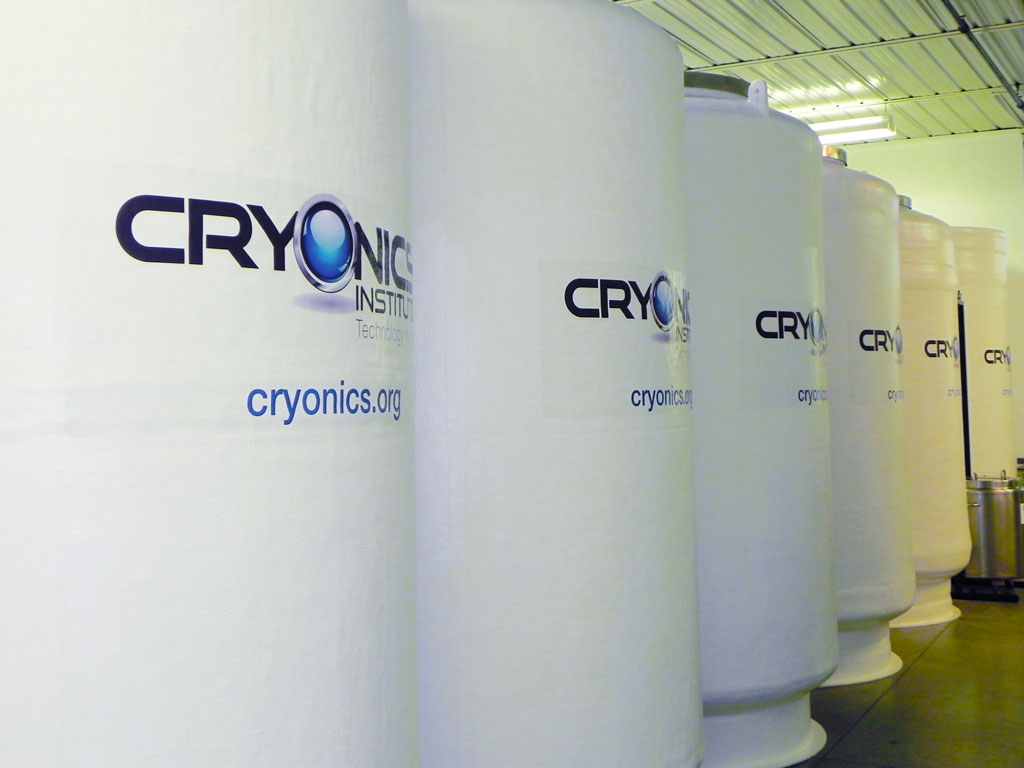 Since reading a feature in Vice magazine some years ago, I have been fascinated by the world of cryogenics.

And why shouldn’t I? As a self confessed thantophobic I am prone to asking myself existential questions such as “what happens when we die?” on a daily basis.

Thantophbia is the fear of dying, but after much deliberation (and a little bit of therapy) I’ve decided that the chances of cryogenics working out are futile – and, on the off chance that it might, I’m still not interested.

The subject of cryotherapy has been raised again by a recent British High Court ruling that saw a deceased 14-year-old granted her dying wish of undergoing the process.

Cryotherapy is defined by the Oxford English Dictionary as: “The practice or technique of deep-freezing the bodies of people who have just died, in the hope that scientific advances may allow them to be revived in the future.”

After death, the bodies of cryogenic patients undergo ‘perfusion’, a process which sees their blood replaced with a type of medical antifreeze.

“Death is an inevitable part of life, without it – what would be the value in living at all?”

At the Cryonics Institute in Clinton Township, Michigan bodies are hung upside down in temperatures of -196 C, suspended in liquid nitrogen on specially-designed boards in a Cryostat.

Patients are wrapped in sleeping bags and stored this way in the cold chambers to protect their brains as they wait for science to catch up.

The institute is one of only three facilities in the world which include the Alcor Life Extension Foundation in Phoenix, Arizona and another, KrioRus, on the outskirts of Moscow, Russia.

In a statement on the British girl’s case, Dr João Pedro de Magalhães, coordinator at the UK Cryonics and Cryopreservation Research Network, the only British organisation working in the currently unregulated field said:

“No matter the probability you assign to the procedure, we think it’s important to give people the choice, just as we give dying patients the opportunity to try other experimental medical therapies to save their lives.”

Fatal diseases and illnesses are often philistinic and devastating in their wake. Throughout the course of our lives we lose loved ones, friends and family members, mostly to heart disease, stroke and respiratory conditions, according to the World Health Organization.

Nobody can blame the anonymous British girl for wanting a second chance at life when hers was cut so short at the age of 14; I’m sure all of us have someone we wish we could bring back.

But death is an inevitable part of life, without it, what would be the value in living at all?

Would we cherish those moments of euphoria, learning and progression in the same way we do now? If significant numbers of people were elected to be cryogenically frozen, would we end up with a hyper-increased population problem generations down the line?

The debate is full of these ‘what if’ questions at a time when even the CEO of one cryonics company is, according to the Daily Telegraph, unsure about the feasibility of the process.

When Artefact spoke to Dennis Kowalski, president and CEO of the Cryonics Institute he said that the paper had misquoted him in saying that he didn’t believe patients would retain their memories after long periods of being frozen.

He confirmed that he believes that patients have a 50/50 chance that they can be revived following the cryopreservation process, saying that everyone in cryogenics believes in a different probability percentage for the procedure’s success.

Kowalski, his wife and three children are all signed up to become patients when they die; supporting his 50/50 opinion he said: “Any chance is better than the zero per cent chance we have when we are buried.”

“People in cryonics have a belief that ranges from a 1% to 100% probability that cryonics will work.”

In a video for Big Think he explains that freezing human bodies may make it look as if the subject has been preserved but internally “the ice crystals that form create massive cell damage, causing many cell walls to rupture”.

Whilst some fish and frogs can naturally undergo suspended animation in the winter months by producing glucose that acts as a natural antifreeze and pumping it into their cells, such levels would kill human beings.

Kaku believes that we’d have to undergo significant genetic engineering in order to be able to replicate this process and that cryopreservation companies of today are ‘misleading the public’ because when bodies are defrosted, you are left with dead tissue.

As part of the human condition, we are prone to fearing the unknown. The will to survive is an intrinsic part of our DNA.

In her 2009 book Pyschotherapy and the Quest for Happiness, existential psychotherapist Professor Emmy van Deurzen explains that “fear of death is a major motivation in emotional problems”.

She goes on to say that: “Facing up to the reality of death leads to an acceptance of our inevitable incompleteness. We are always not yet what we can be. It is only in death that our life is completed and comes to its culmination.”

Speaking to Artefact, van Deurzen said: “If you apply these thoughts and ideas to the idea of cryonics, you will see that this is about the probably false hope that we may be able to deny such limitations.”

Despite, what some would call, my irrational fear of death against my admiration for the advancement of science, I can’t help but feel that we should be grateful for the one chance we do get to live.

And perhaps just as scary in my mind is the notion of waking up one day in a lonely, distant, and alien future.

Not content with trying to ward off ageing whilst we are living it seems we are turning our attentions to living forever when we are lucky enough, in the west, to enjoy relatively long life expectancies anyway.

“The undesirability of subjective immortality is seen throughout Doctor Who”, write Andrew Crome and James McGrath in their book Time and Relative Dimensions in Faith: Religion and Doctor Who.

As an analogy, this rings true – the fictional Time Lord by the nature of his age and regenerations has famously been accompanied by and observed many human lives, leading to an intimate awareness of his own chronic loneliness, being the only survivor of his kind.

In the story The Brain Of Morbius, the Doctor eloquently says: “Death is the price we pay for progress” and comments that “the consequences [of immortality] would be appalling”.

The time traveller’s characterisation, along with those of others on the show, such as Captain Jack Harkness, place a clear onus on the value of a time-restricted life.

Rather than seeing life as one drawn-out death march, perhaps we should pay more mind to the clichés that tell us to seize and enjoy it for what it is – a journey.

Now, in the words of Mary Oliver: “Tell me, what is it you plan to do with your one wild and precious life?”

Till death us do part