One of the most important moments in the City of London’s history came in 1986 with the so-called “Big Bang”.

This agreement between the government and the London Stock Exchange led to the deregulation of the financial markets.

The abolition of fixed commission charges and the change from physical communication to an electronic screen-based trading were the keys to the success of a revitalised London in the financial world.

The Big Bang made stock market transactions easier but it was also a factor in the 2008 crash, when UK investment banks merged with high street banks putting people’s savings at risk, a trend followed by the US banks.

The Big Bang paved the way for London to become the European financial hub, and today a quarter of the EU financial services and 40 per cent of EU financial export services are in the city, according to Global Counsel.

These facts emphasise how Britain has benefitted from the access to the single market – financial services represent 12 per cent of the country’s GDP.

However Brexit means that the access to the single market is by no means guaranteed. 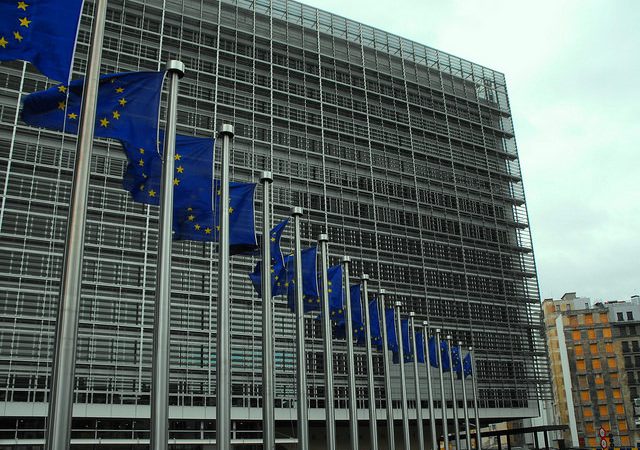 One of the most significant issues is the potential loss of London’s financial passport rights.

Belonging to the EU gave access to the European single market, consisting in the free movement of goods and services between the member states.

According to the Financial Conduct Authority (FCA), the current system of financial passports allows 5,500 financial firms to provide financial services in the UK.

It also allows them to operate in the EU without paying duties and customs tariffs.

Passport rights are tied to the single market and they would immediately cease with a hard Brexit. The impact would be significant on the UK’s GDP which is estimated to drop by up to 9 per cent a year.

The exit from the EU single market suggests that the UK will be subject to regulatory tariffs.

Already some foreign-owned banks are considering their futures, and maybe relocation, including VTB, one of the largest Russian Banks – the risk of losing passport rights was too big and they decided move their headquarters elsewhere in Europe as soon as possible.

[pullquote align=”right”]The lost of financial passport will inevitably lead to a decentralisation of the City of London on an international scenario.[/pullquote].JP Morgan, the largest bank in the United States, which employs 10,000 people in London, is not hiring any more staff and says they are ready to move to one of their other European offices.

Many other firms and organisations are also considering plans to move their European headquarters outside of London.

With 71,000 employees in London’s financial centre, there are concerns that a hard Brexit could cost thousands of jobs and billions in revenues.

“Hard Brexit could be a huge blow for UK economic stability and future. Thinking of making quick deals with overseas nations is naive and dangerous at the same time. Britain’s continuing success depends on the terms we reach out with Europe,” said Cosimo Anderson, a former associate of the Barclays Investment Bank in Canary Wharf.

“Pro Brexit politicians who were inclined not to hear the business concerns by the financial markets have been encouraged by the apparent resilience of Britain’s economy in the results of the near term,” Anderson told Artefact.

“However, it’s important necessary that concerns about the long-term impacts of a hard Brexit will be addressed as soon as possible in order to take counter measures. Overlooking these concerns and leaving without convincing inward investors or the financial services industries that nothing will change business-wise could lead to a catastrophe,” he said.

The pound has lost 17 per cent of its value since January, so another likely effect is growing inflation with prices expected to surge up to 4 per cent in 2017 in comparison to the current year.

Brexit was undeniably a huge shift for the UK, but a core member of the EU deciding to leave after 45 years of complicated relationship has also threatened the viability of the EU as an institution.

The migration crisis and spate of terrorism activities and the instability on the borders from Russia to Turkey are exposing the credibility of European institutions to protect and defend against an unstable macroeconomic and geopolitical environment.

The Brexit vote shows how nation-state institutions are felt to be better guarantors of popular interest, and there have been called for a strong collective political action is strictly necessary in order avoid the disintegration of the European Union in the short term.

Another threat comes from the constitutional referendum held on December 4 in Italy – Italians voted against amending the county’s constitution, which forced the resignation of prime minister Matteo Renzi.

The Italian PM was a euro enthusiast, who always cooperated with European Union leaders in order not to make the Union fall apart.

The anti-establishment Five Star movement is now expected to be the leading party at the next elections – its leaders have pledged to hold a referendum on leaving the European Union, just like the UK.

The Eurozone is now at stake; populist political parties are developing their relationships in order to make Europe as vulnerable as possible.

If the EU will not be able to adress the concerns of those left behind economically, it is going to open up extreme left political parties.

If it does not address the concerns of those left behind culturally, it will open up the parties of the extreme right.

However, Brexit has to be considered as just a sign of the times, not necessarily as a singular trigger but a demonstration of the fragility of singular arrangements and events.

Without Brexit, it is likely the erosion of the EU would have been triggered by something else, but how the EU responds is now under greater scrutiny than ever.

By Will Drysdale
8 Mins read
We spoke to MP Sir Roger Gale about the humanitarian crisis unfolding in Europe, and a new scheme to host Ukrainian refugees.
Technology

By Zain Yasin
8 Mins read
How blockchain is becoming a powerful tool for businesses, especially in addressing the problems highlighted by the 2008 financial crisis.
Life