Writers moving beyond their native language 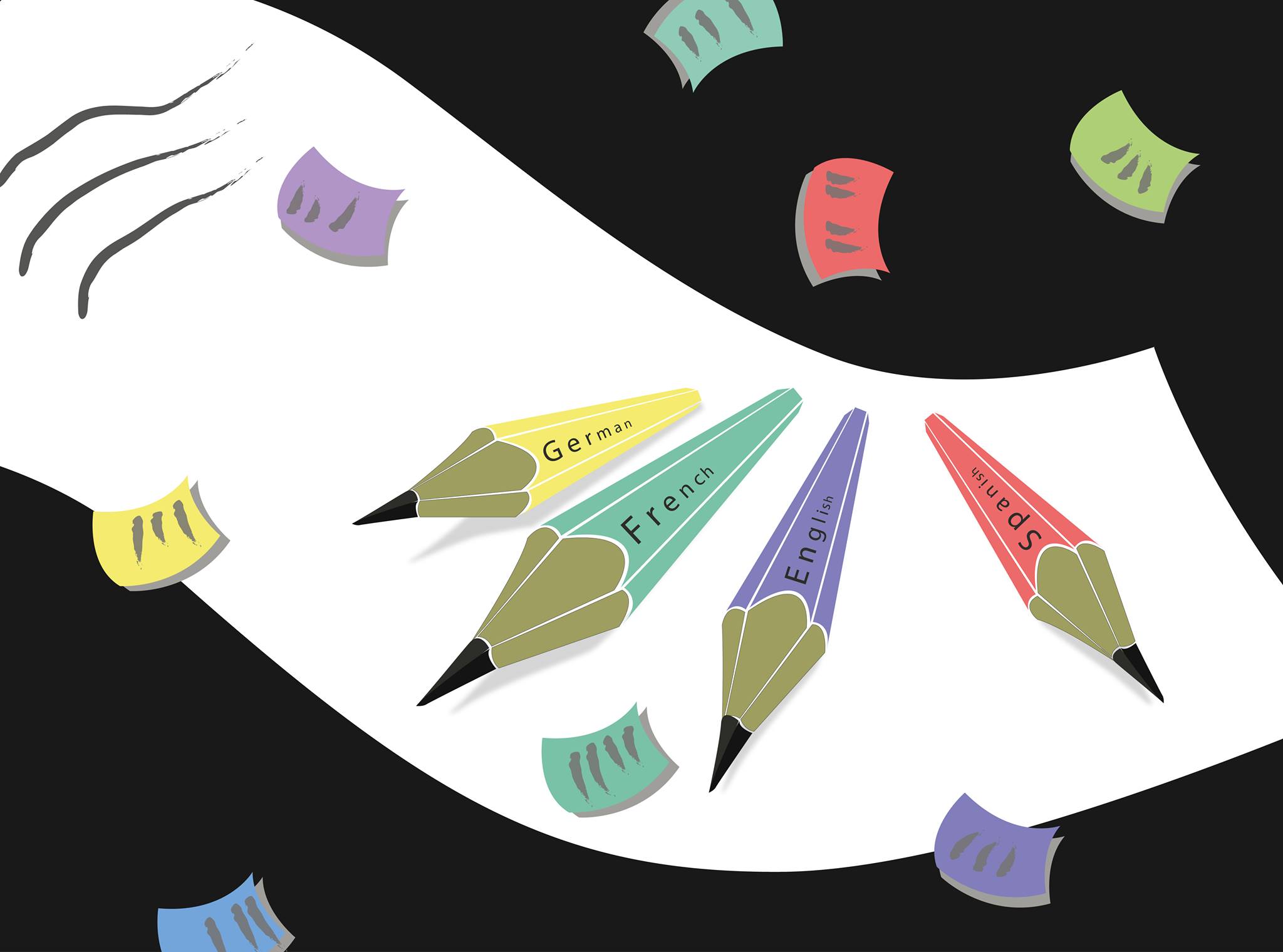 When you are a writer, language is your main tool and general view is that you will never be as good in any language as you are in your mother tongue.

So why do so many writers choose to use their second language?

Why do they use the weaker instrument?

“The first language is like the family you’re born into, the second language is something you choose,” says Astrid Madberg, a 29-year-old journalist.

Astrid is a freelance writer for Vice Munchies. Coming from Sweden, her first language is Swedish, but she mainly writes in English.

She is not the only writer who abandoned her mother tongue and decided to pursue a career in a second language.

One of the most famous writers of all time, Vladimir Nabokov (1899 – 1977) ditched his native Russian and made a career in writing in English.

He wrote his most acclaimed book Lolita in English in 1955 and translated it to Russian 12 years later.

Joseph Conrad (1857 – 1924) is another example of a writer who was writing in English rather than in his mother tongue, which was Polish.

Speaking of languages he once commented: “English is so plastic – if you haven’t got a word you need you can make it, but to write French you have to be an artist”.

It seems that’s exactly what Irish writer Samuel Beckett (1906 – 1989) thought as his language of choice was French and not his native English.

He translated most of his published works from French to English himself including his most famous work Waiting for Godot. 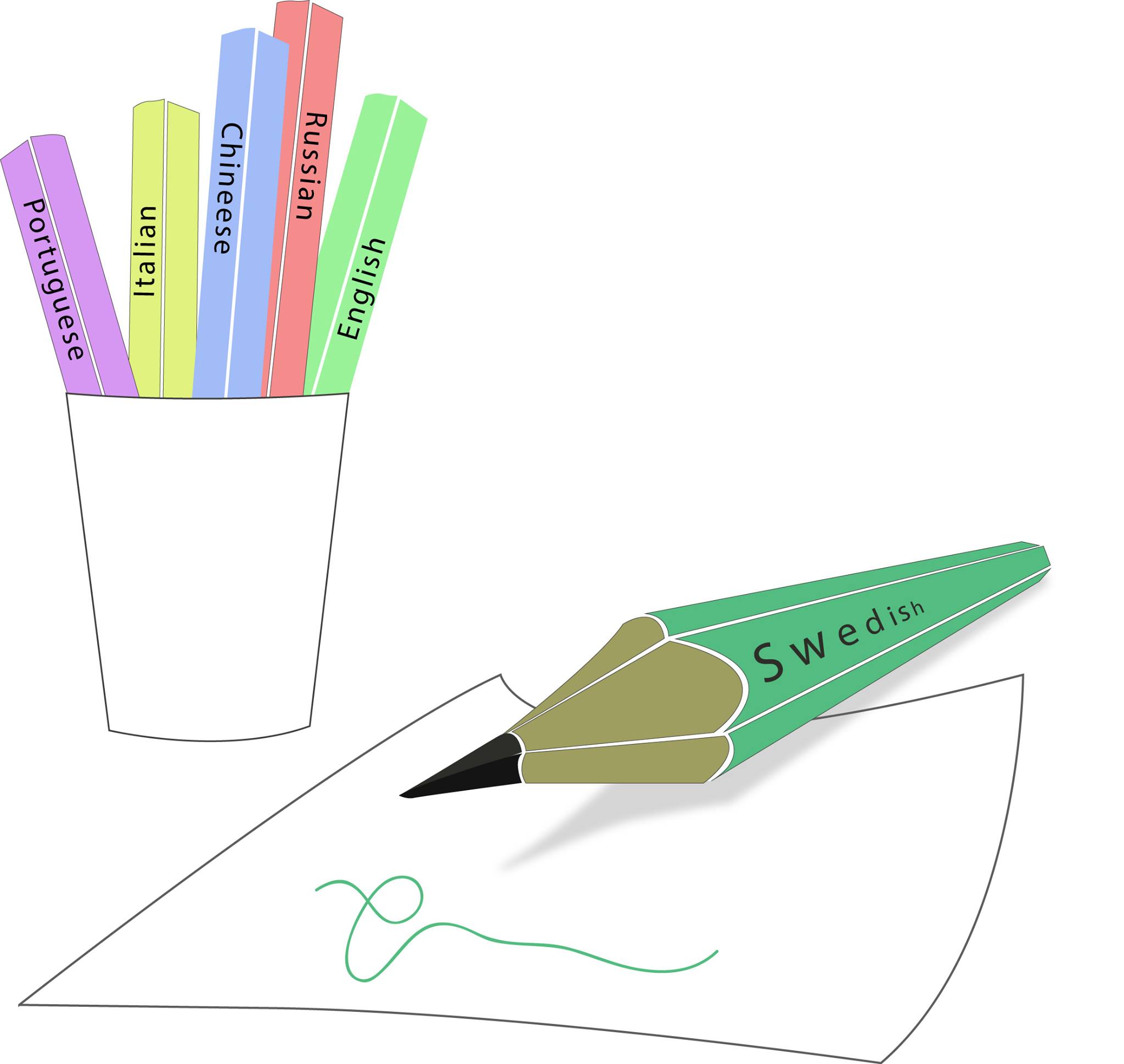 Why did all these writers abandon their mother tongue?

“I think writing in a second language can act as sort of a shield, it doesn’t have the burden and personal history of a native language,” Astrid says.

She thinks it helps you to hide behind a second language as native can seem too personal. “The second language can give you breathing space and keeps you out of the story “ she continues.

She doesn’t write only articles in English, she also writes songs and that is the area of writing in which she feels particularly glad that she is able to do it in a second language.

She explained if she would do it in her mother tongue it would sound too personal and revealing: ”I wrote a love song in Swedish once and it was the most embarrassing thing ever, I still cringe when I think about it.”

“I think benefit of writing in English as a second language is the fact you write in a simpler way,” says 29-year-old Paula Wik, a journalist and an editorial assistant at creative agency Winkreative.

Paula is also a Swede writing in English. She believes that most of the time it is good not to use too many difficult words you’d maybe use in your native language because that can make the reader feel alienated.

Some might argue that it is better to use more scholarly words and richer vocabulary but there are many famous writers who has shown us that it’s not necessarily the case.

American novelist Ernest Hemingway (1899 – 1961) is someone who wrote his work in a very simple way but his message would still reach the reader in a powerful way.

Astrid agrees about the advantage of straightforwardness and thinks the same applies to George Orwell’s writing. “He really knew the power of keeping it simple – that you can write intelligently without making it difficult. I try to listen to George,” she told us.

Cristiana Bedei is another writer we talked to who shares Annick’s opinion. “Writing in a second language can help you make your work more accessible, which I think can be a plus,” he says.

Cristiana is a 29-year-old Italian freelance writer who has swapped her native Italian for English.

Artefact has also spoken about this topic with Luxemburgish native, Annick Webber, another 29-year-old editor at Winkreative.

“I think writing in a second language can act as sort of a shield, it doesn’t have the burden and personal history of a native language.”

One of the advantages of writing in a second language that she emphasised is that it allows you to do your research more thoroughly and that especially applies to journalistic writing.

When you’re bilingual you can look at different news sources in different languages and see how each one interprets a certain news story.

“You tend to go deeper into the topic when you write in a language that’s not your mother language,” she told us.

What is also interesting about writing in a second language is the way in which different languages have different vibes.

“Each language has its own humor and feeling, and it’s inspiring when you can tap into that and play with it,” Astrid says.

Different languages shape our thoughts differently; they have different sentiments and different flows.

“The way you are constructing sentences is like a melody almost,” says Paula.

Using different languages for writing influences the way we will write about a certain topic as it can impact our views.

Benjamin Lee Whorf (1897-1941) was an American linguist known for documenting the importance of language in shaping our thoughts.

One of the things he said about language is that it shapes the way that we see the world. Whether it’s true or not it is for sure an interesting claim.

Whorf is known in linguistics for his research about this topic and his conclusions were that the conceptualisation of ideas is heavily dependent on vocabulary.

This theory, called linguistic relativity, is also called the Whorf Hypothesis in his honour.

The thoughts we shape influence the way we express ourselves.

Astrid told us: “Even though English is a rich language, there are things in other languages that just can’t be expressed in English.”

Although there are certain things she might express more easily in her native Swedish she likes the fact she is a writer in her second language.

She likes the new and fresh perspective it is bringing her, all of its richness, the fact she can play with new words and the stream it has.

Astrid thinks that as a writer she can do so much with it: “English is like a big box of colourful candy, and you can shake it, pour it on the floor, and pick out the brightest, tastiest looking things you can find.”

Cristiana also commented on the way languages differ: “Italian language and English language are very different and it took me some time to get back into the swing of things, writing in my native language.”

That’s why for some writers once they started to write in their second language it starts to be hard to switch back to their mother tongue. 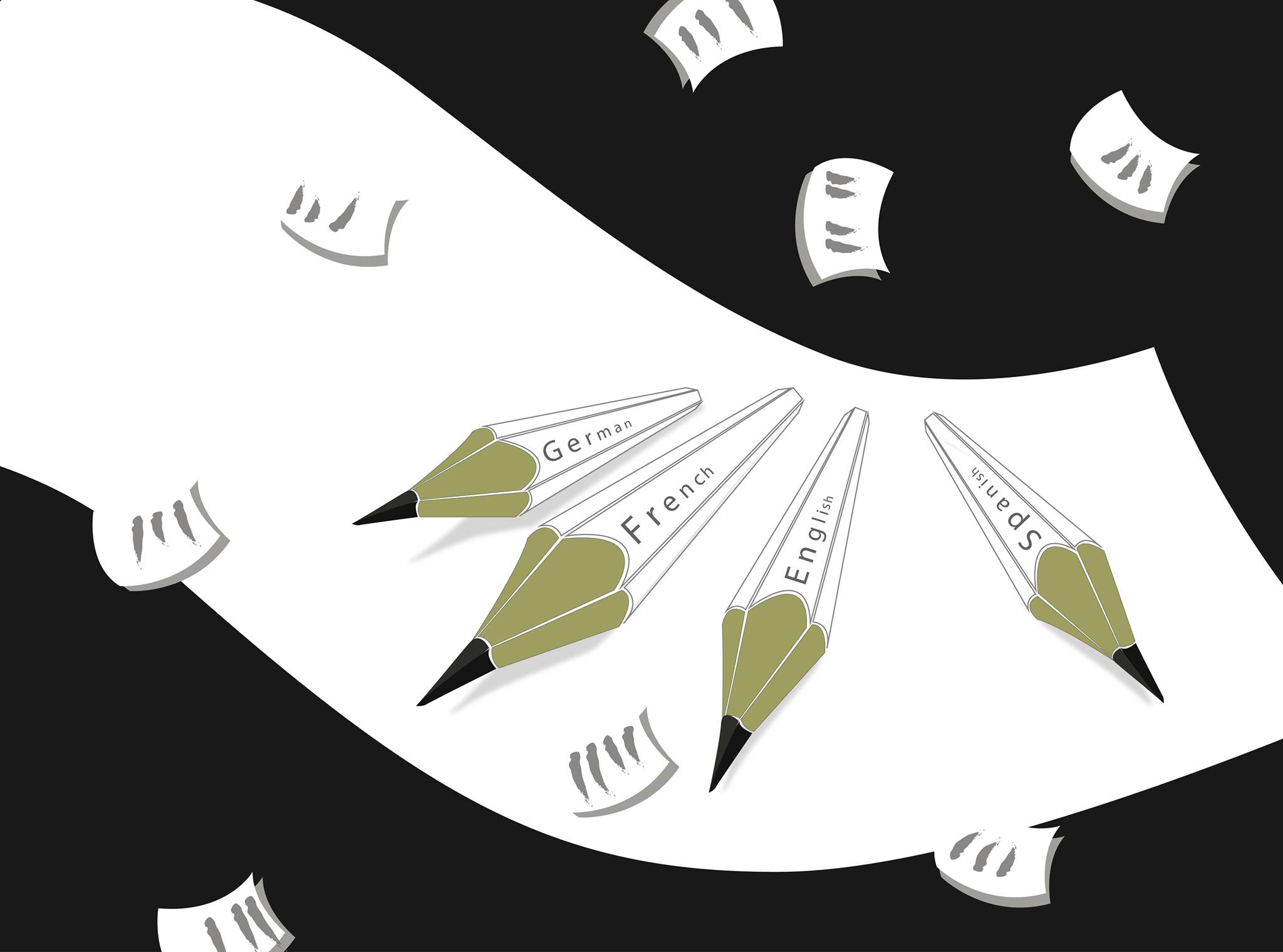 For Paula there’s no turning back to Swedish: “I find it hard to write in Swedish now, even the most basic things such as emails,” she laughs.

She believes that if she had stayed in Sweden she would have probably been a better writer than she would have ever be in English but now she has ruined her chances for that.

It’s mainly because writing is not the same as speaking the language.

Annick explained that she is fluent in German when speaking but when she has to write an article she struggles.

That is why writers who immerse themselves in their second language, although they’ll never forget to speak their mother tongue they might forget to write in it.

Astrid believes that when you start to build you professional career writing in a language that’s not your mother tongue you lose a bit of your native language: “There’s a sadness to it,” she said.

She continues: “You really have to keep the language alive… There’s the feeling of rootlessness that can come with bilingualism if you don’t practice your native language enough.”

Paula explained us how for her language became a blend of two languages: “I did an interview with a Swedish company a few weeks ago and I didn’t know what to say, it became like a mix between English and Swedish.”

Astrid encounters the same experience: “The language wires in my brain are completely crossed now.”

Writing in a second language can be confusing, it has obstacles but there are also many perks and that’s why it’s not uncommon for writers to abandon their native tongue.

“I think when you write in a second language you can question yourself a lot in the beginning, and wonder if native English speakers will ‘approve’ it,” Astrid says.

She thinks how in spite of those doubts you should keep going, be aware of those blind spots and work on them: “Having your own, unique voice when writing in English is something that shouldn’t be stamped out, in striving for some unobtainable grammatical perfection.”

All illustrations by Tijana Petrovic

Reviving the Welsh language through music