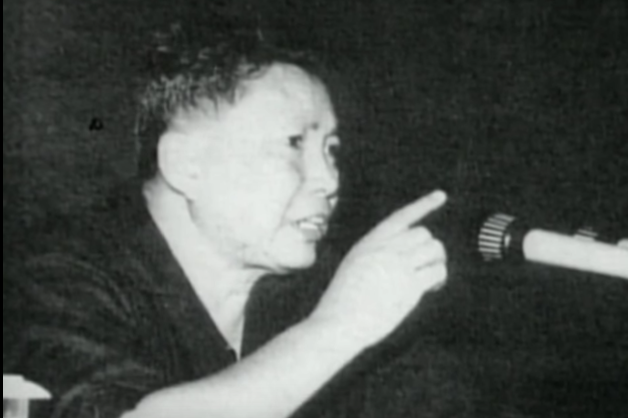 The Khmer Rouge, a communist rebel group under the command of Pol Pot, seized power after a bloody civil war in 1975. Their ultimate ideological goal was to return Cambodia to the dark ages under a plan called ‘Year Zero’. This required the creation of a peasant workforce devoted entirely to agriculture.

In this new society, to stay alive you had to be a productive worker. Anyone who was disabled, too old, too weak or too sick to work was deemed surplus to requirements and would be killed in prison camps.

When the Khmer Rouge took the country’s capital, Phnom Penh, the entire population of 600,000 were shipped out to labour camps (popularly referred to as ‘The Killing Fields’) in the countryside. It took just three days to empty the whole city.

Prior to the war, Phnom Penh had been known as the pearl of South-East Asia.

It was a place where French and other Western influences met local Khmer traditions creating a unique blend and style.

Nowhere is this mix personified better than in Cambodia’s little known rock and roll scene.

Rock and roll thrived in the 1960s and early 70s, thanks in no small part to the efforts of the ruling king Sihanouk, who placed great importance on the role of music and arts in Cambodian culture.

During this time, artists such as Sin Sisamouth and Ros Sereysothea became some of Cambodia’s first superstars.

It was an exciting time for the country. Cambodia only gained independence from France in 1953 and now a new generation of young Cambodians were growing up with the freedom to live and express themselves how they wanted.

The music does not sound out of place when compared with the big international artists of the time, and the Khmer language itself works as a different instrument in itself.

The talent of the musicians forming the backing groups is evident as shredding guitar solos fit into perfectly composed swinging rhythms, adding a psychedelic element to the music.

Cambodia’s historical love for dancing lead to a massive rise in the number of dance halls and nightclubs around Phnom Penh and bands from all over the country came to the capital to play to crowds who were enjoying their own version of the swinging sixties.

However, while Cambodia was welcoming a new way of life, across the border in Vietnam, the war was reaching new heights.

The North Vietnamese and Viet Cong were using neighbouring Cambodia and Laos to safely transport supplies down to their front lines; they reasoned that the American Air Force would not bomb them if they were in a neutral country.

For a while it worked, but this all changed when Richard Nixon came to power. Nixon decided to escalate the war even further and in 1970 he authorised a massive bombing campaign over Cambodia and Laos.

This resulted in massive destruction and the deaths of hundreds of civilians in both countries. To this day, Laos remains the most heavily bombed country in history, with even more explosives dropped on these two small countries than were dropped on Nazi Germany in the Second World War.

In Cambodia, animosity quickly grew towards the Western aggressors and this had a knock-on effect for the musicians who promoted their music.

When the Khmer Rouge marched into Phnom Penh on April 17, 1975, one of their first goals was to round up all the artists, intellectuals and religious figures. Almost overnight, the stars of Cambodia’s music scene were taken out of the city, never to be seen again.

The Khmer Rouge also made a point of trying to eradicate any trace of their existence, with records, books and images being destroyed en masse. It has been estimated that 90 per cent of Cambodia’s musicians and artists lost their lives in the three year-long genocide.

The exact fate of the individuals will forever remain a mystery.

When the Vietnamese army liberated Phnom Penh in 1979, they found a city that had been left as a ghost town for four years, but slowly people began to return and the city came back to life.

For decades, the beleaguered artist community struggled to rebuild. There was still a climate of fear amongst the survivors, many preferred to remain forgotten than risk further persecution.

Some 20 years later, American musician Ethan Holtzman was travelling through Cambodia, when he stumbled upon cassette tapes of the former Cambodian greats. At the same time, his brother Zac discovered the same music through a friend in a San Francisco record shop.

“We started talking about what a great and unique sound the music had, then we realised that most of the musicians had been killed by the Khmer Rouge,” Zac said.

Sharing a new found interest in the music, they decided to form a band based on the classic Cambodian rock sound.

They found a Cambodian singer, Chhom Nimol, singing at a Cambodian nightclub in Long Beach, California, and formed the band Dengue Fever from there along with Paul Smith (drums), David Ralicke (Saxophone) and Senon Williams (Bass).

The band shot to prominence in 2002 with their first album, the self-titled Dengue Fever. The album mainly consisted of covers of the Cambodian classics by the likes of Ros Sereysothea and Pen Ran, exposing western audiences to these names for the first time.

Since then, the band have released five studio albums; the latest, Deepest Lake, coming in 2015. The band have played to crowds all over the world and have established a solid international fan base.

“One of my favourite things about the people that come to our shows is the diversity. Ethnically, stylistically, and age,” said guitarist Zac.

In 2013, Dengue Fever formed their own record label, Tuk Tuk records, which they used to release their latest project: a Record Store Day release entitled Ganadaramba in collaboration with Korean artist ‘Goonam’.

Dengue Fever combined the sounds of US garage rock with the melodic Khmer language to create a band with a sound that for many in the west had never been heard before. For Western songwriters, combining the two can cause problems.

“When we write a song in English a line might have eight-to-ten syllables. When we translate it into Khmer suddenly it’s twice as long. This forces us to trim the fat off our lyrics. They end up being like Cambodian Haikus,” said Zac.

The band have an understanding of the significance of their music, but prior to forming the band only had limited knowledge of what happened under the Khmer Rouge.

“I had seen [the film] The Killing Fields and I knew the song Holiday in Cambodia (by the Dead Kennedys), but being in Dengue Fever has helped me learn about how bad things got there,” said Zac.

The band have travelled to Cambodia six times and have been welcomed by their local hosts, but the dark history is not often spoken about: “We don’t bring up the painful past, but we do support organisations that make sure it’s taught in their history books.”

Preserving the history of the music is not what Dengue Fever prides itself on, but Zac is still conscious of the need to do so: “Sometimes people hear our music and then dig deeper to discover the original artists from the 60s and 70s. It helps their work live on. But, we don’t strive to be “pure” anything. We approach our music honestly and with the idea of creating something new.”

And they have been creating plenty of new material. They have a month long tour coming up with a band from Mali called Tinariwen, adding another musical flavour to their already-extensive repertoire.

Over recent times, Cambodia’s artistic community has begun to get back on its feet. Cambodia’s first rappers are again mixing western influences with the local language to make something new and exciting and the Cambodian rap audience is growing.

Cambodia’s passion for music and dance has transcended the most brutal form of suppression. Pol Pot understood the power of artists to galvanise people and feared them because of it.

Pol Pot was unsuccessful. Just enough material made it out to keep the legacy of Cambodia’s Go-Go generation alive. Remembering them and understanding what they represent not only exposes us to great music, but also reminds us how important art is to who we are.