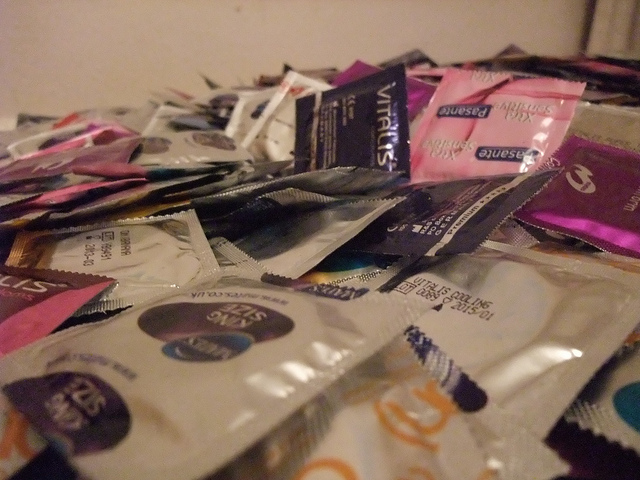 By Chloe Smith and Iliana Olymbios.

A lot of people don’t enjoy wearing condoms for many different reasons, but the reality is that they are the only things with the ability to stop us from catching sexually transmitted infections, commonly known as STIs.

Unwanted pregnancies are also something that can be avoided by using condoms, wouldn’t you rather have a bit of rubber between you than end up with a potentially life-limiting infection or a baby you weren’t expecting?

Public Health England released a statement on July 5, 2016, which stated that in 2015, there were approximately 435,000 diagnoses of STIs made in England. This is 435,000 people who could possibly not have children in the future.

Along with this statement they shared the advice that regular testing for STIs is essential for good sexual health:

“Anyone under 25 who is sexually active should be screened for chlamydia annually, and on change of sexual partner. Prevention should focus on groups at highest risk, including young adults, men who have sex with men (MSM) and black ethnic minorities. Consistent and correct use of condoms can significantly reduce risk of infection. Rapid access to treatment and partner notification can reduce infection spread.”

A doctor also gives his insight into the problems that seem to be occurring with children participating in sexual activity a lot younger than they used to: