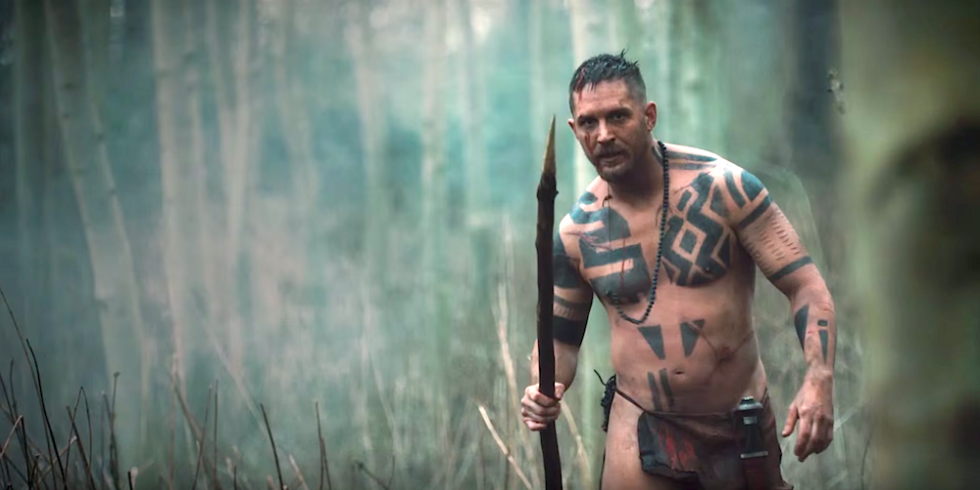 Set in 1814, the eight-part series centres on the life and times of one James Keziah Delaney (Tom Hardy), a rugged and adventurous rogue who returns to London having long been thought dead after ten years in Africa.

Shrouded in mystery with rumours of wild savagery spreading all over London we follow shipping merchant Delaney as he cleverly uses a recently bequeathed piece of land across the Atlantic to start his own personal war of revenge between an already conflicted Britain and America.

The period drama is fuelled by conspiracy, murder and betrayal that play on power dynamics between the Crown, the East India Trading Company and the leading characters within the story.

Not only does Tom Hardy star in the production but the 39-year-old also co-wrote and produced it, alongside his father, Edward ‘Chips’ Hardy and a number of other big industry names including Peaky Blinders writer Steven Knight, Hollywood’s own Ridley Scott, Kate Crowe and Dean Baker.

The Killing‘s Kristoffer Nyholm directs the first four episodes whilst Anders Engström takes the latter half of the series.

The combination of acting talent and production companies, namely FX Productions, has given this small screen endeavour the feel of a silver screen one. It also reinforces the BBC’s recent success in churning out crowd-pleasing miniseries – remember Poldark?

Recent coverage of Taboo includes reports that Tom Hardy has made a loss of around £2 million. So far the show has amassed nearly £8.5 million though its creators had hoped for £10.4.

Given that it drawing in millions of viewers each week though, there is no doubt Hardy will recoup the loss in the form of DVD sales, downloads and streaming rights.

The cinematography alongside the plot pays homage to movie adaptations of Oliver Twist and Jack the Ripper – gritty, based on real life scenarios you never know what villains or twists await you around the corners of London’s 19th century alleys.

You can catch up with the show on BBC iPlayer and catch it live every Saturday at 9pm on BBC One from January 10.