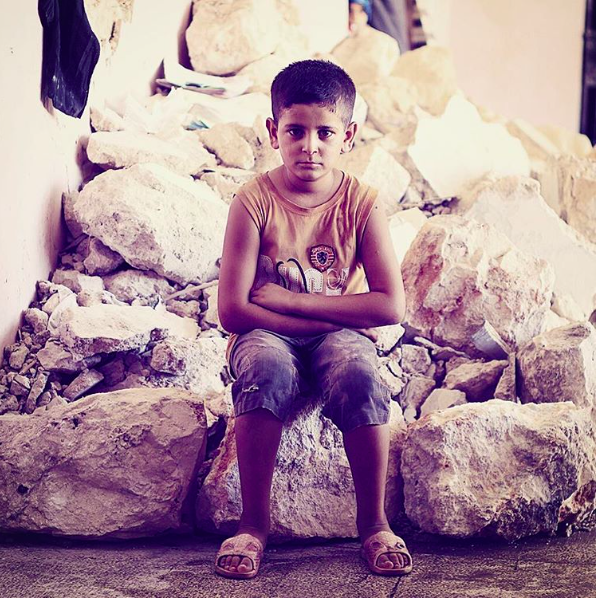 Bao* was smuggled into the UK when he was only 15. He was discovered in the back of a lorry in Sussex in 2010 and taken into local authority care.

Two weeks later, Bao escaped from foster care feeling isolated and misunderstood because of the language barrier and a loss of trust in officialdom.

He later confessed to the non-government organisation (NGO) ECPAT UK that following his disappearance, he was taken by traffickers to a cannabis factory and had to pay the price of coming to the UK with his own labour.

He was occasionally beaten and received death threats.

Four years later, Bao was prosecuted by police for cannabis cultivation and recommended for deportation to Vietnam, despite telling the officers that he had been threatened and was in debt bondage.

He was released from prison into immigration detention where he was referred by an NGO to the National Referral Mechanism (NRM), the UK’s framework that provides an appropriate safeguarding response for victims of modern slavery and trafficking.

Three month after his referral, instead of the recommended five days, Bao received a negative first-stage NRM (reasonable grounds decision), which claimed that when Bao was arrested he was not under the control of traffickers but their partner in crime.

Lawyers managed to secure Bao’s release from detention, however he again went missing from an adult safe house in 2015, and has not been found.

It is thought he has once again fallen into the clutches of ruthless traffickers.

“Refugee children often feel like they are nobody in this country,” Andrea Simons, Campaigns Officer for ECPAT UK, told Artefact.

Simons held two discussion workshops with young refugees in which she had spoken to Bao and passed on his story to Artefact. She has said that only during those sessions children were comfortable enough to confess their deepest thoughts on the antagonistic effect of shelter homes.

“During their stay [at foster centres] children experience a lot of stress by going through nerve-wracking procedures, such as age assessments and official interviews that require great deal of psychological stamina, which a young person merely doesn’t have,” Simons said.

“They often escape the foster homes for several reasons. First of all they are fed up of telling their story all over again and secondly they are not trusted in their experience being credible,” she says.

As a result they conclude that going on the streets is more welcoming and a safer place to stay.

While unaccompanied asylum-seeking children continue to be treated as somebody else’s problem, the migrant crisis continues to serve as a vicious circle creating anxiety, fear and rejection – a fuel for trafficking gangs to take hold of vulnerable minors, and new opportunities for criminal exploitation.

The European Union (EU) has been one of the key players in the development of international systems for refugees, but even they have failed to give an immediate response to protect unaccompanied refugee children. 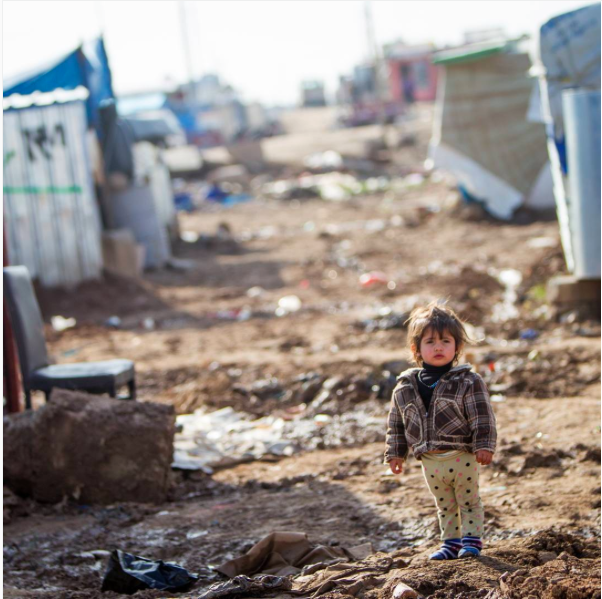 The arrival of more than a million refugees and migrants in 2015 gave an impression that the EU dealt inadequately and inhumanely with the challenging, but certainly not unmanageable, circumstances – leaving people who had survived traumatic journeys in terrible conditions.

The head of UNHCR, the UN’s refugee agency, Filippo Grandi has brought EU to account by presenting a letter in which he criticised the union for “leaving refugees in the hands of those who want to turn them into scapegoats” on December 5 2016.

Mr Grandi, who took over as UN High Commissioner for Refugees in 2016 emphasised the urgent call for action to help unaccompanied refugee minors: “Children need to be treated as children first. We must end the detention of children. It is never acceptable.”

“Most have been exposed to appalling risks – separated from their families, detained, exposed to sexual violence, exploitation, trafficking and severe physical and psychological harm,” he said.

“We must move away from the immediate channeling of children into asylum systems. Instead, we must ensure a common age assessment methodology across Europe and that children have immediate access to a guardian to help them find a solution that is in their best interest.”

The logic of ‘once deemed deceptive, always deceptive’ is due to the predominant misconception that some children are trying to double-deal the system by lying about their age and claiming to be younger so they would have more chances to enter the UK, where they can get free support and accommodation.

Thus, the trend of tarring children with same brush became a barometer of criminality over vulnerability at foster centres.

As a result, the deficit of connection and indisposition to trust coming from adults assigned with safeguarding minors who have been victims of trafficking underlines isolation, which is the decisive key for children who go missing.

This ‘culture of disbelief’ and scarcity of responsibility was reflected in a recent study Heading Back to Harm launched by ECPAT UK in partnership with Missing People on November 15 2016.

Based on information gained from Freedom of Information Act requests, the report scrutinised data from 217 local authorities to examine links between identification, treatment and the monitoring of trafficked and unaccompanied children suddenly deserting care homes in the UK.

The report revealed that in the year to September 2015, 28 per cent of trafficked children and 13 per cent of unaccompanied children in care went missing at least once. Of these 760 young people, 207 had not been found. 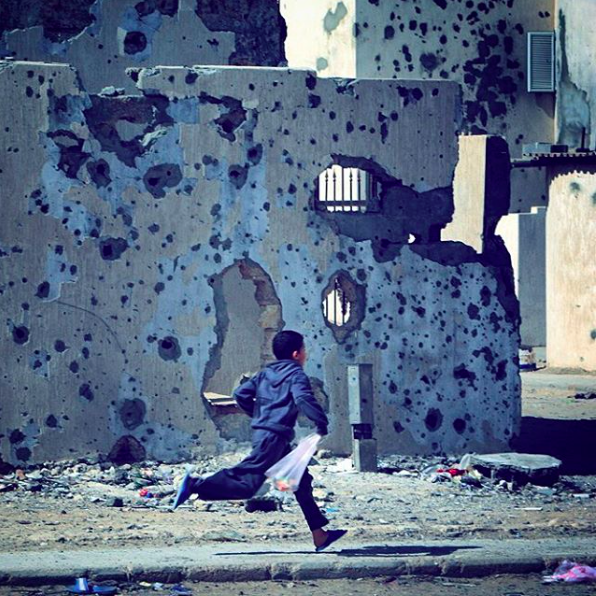 “People are often unaware that the majority of trafficked children go missing within the first 72 hours of being placed in care and that’s the biggest issue we face right now,” said Rachel Leather, development manager for the Unseen, an anti-trafficking charity.

“There is currently no provision specifically for children who have been trafficked.”

The study paid close attention to the lack of training, low awareness and inconsistent recording practices by frontline workers.

As a result young people may not be recognised as being in danger or disbelieved if they disclosed trafficking indicators.

The importance of allocation of a life-long guardian for a refugee youngster could be a significant help for their future integration into a community.

Children who have been through a long journey of migration fleeing from conflict and who are plunged into a completely alien world have very fragile psychological states.

Even when a child gets appointed with a guardian or independent advocate there is no guarantee that they have the relevant skills, as the ECPAT UK study revealed.

The smallest indicator of mistreatment from carers can have significant consequences shaping a child’s future, either resulting in them integrating successfully into a community or winding up with traffickers or even worse, becoming traffickers themselves.

The special concerns raised by unaccompanied asylum-seeking children led to the government’s creation of Special Guardianship guidance legislation in February 2016.

The new reform aims to provide a firm foundation on which to build a permanent relationship between the child and their carer, so children will no longer be looked after by a local authority.

It will include an appointed guardian who takes into consideration their religious and cultural differences and at the same time a youngster will enjoy the benefits of “support services, including where appropriate, financial support.”

Children from refugee backgrounds will have a chance to regain a family whom they’ve lost or been separated with, which will help to heal some of the deepest wounds brought by ‘living in limbo’ during their childhood.

“There needs to be an input of good quality of child focus, where a child can develop a relationship with a carer,” says Andrea Simons.

“Having a life-time guardian as a support system, who would genuinely care about them. I saw some positive results of good guardianship where [trafficked] children grow confident, successfully graduate and get job qualifications,” she told us.

The migrant crisis has directly led to the emergence of criminal activity through the absence of necessary governmental action, harming refugee children on a global scale.

Though the driving factor of an influx of migrants was determined largely by the scarcity of prospects of a political resolution of the war and dramatic overstretch of humanitarian resources, and in some cases weakening of hospitality in terms of human rights and support.

Nonetheless, events in Europe taught us a universal lesson that we should have learned from and developed collective measures to tackle a humanitarian crisis on a scale not been seen since World War Two.

Yet again, we shouldn’t forget the same experience and values that shaped the European support for refugees after the Second World War by adopting the 1951 Refugee Convention – the right to seek asylum – as part of the Chapter of Fundamental Rights.

As history has a tendency to repeat itself, Europe and its member states, as the largest humanitarian donor has to reconcile interests of refugees and those communities hosting them.

On a local level, to ease the suffering of a distressed migrant youth generation, the government must re-consider ‘the support system’ offered by the local authorities, in order to build trust, promote wellbeing and prevent more children going missing or ending up enslaved by traffickers.

* this is an assumed name.