Enslaved by my own family 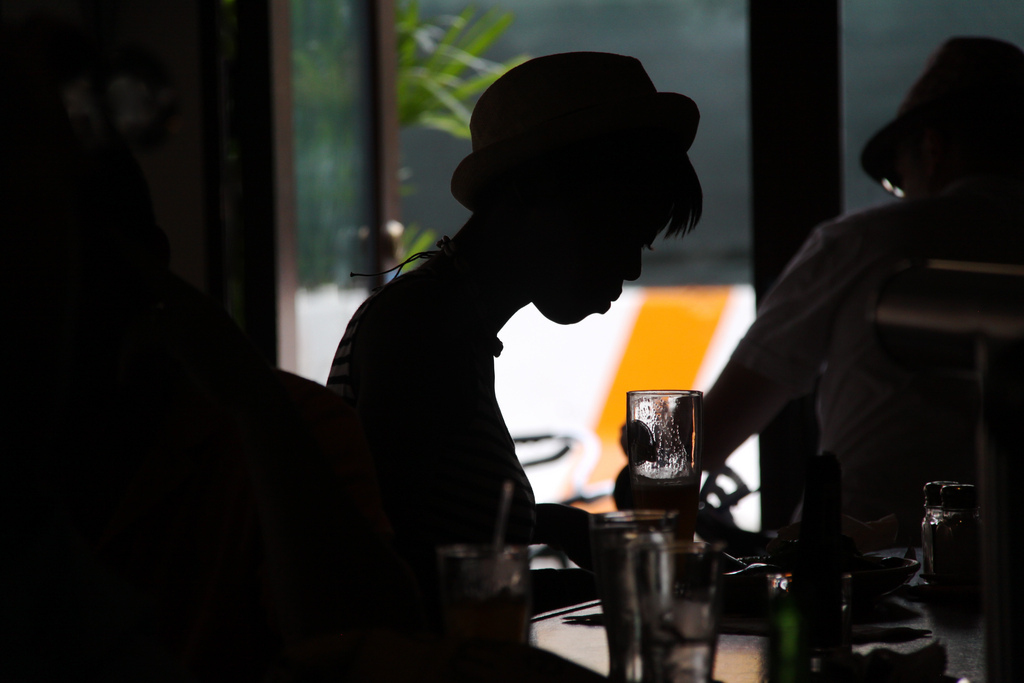 Modern-day slavery is a major issue we have in the UK that rarely gets the awareness it needs.

The UK is home to more than 13,000 slaves. They live right under our noses and the majority of us don’t know that.

One of the main reasons as to why this occurs is due to the human trafficking that occurs internationally.

As of 2015, all those identified as slaves originate from 103 countries with the highest proportions from Vietnam, Nigeria and Albania.

The UK is fifth on the list of most common countries of origin.

Artefact met with one Nigerian woman, who chooses to go by the name of Blessing, about her journey from being a school girl in Nigeria forced into slavery to work for her relatives.

Blessing, 27, comes from a small village near Abuja, just under 750km away from Lagos. She states that her family was poor and could barely afford education, therefore she had to work in her parents’ shop during a large portion of her childhood.

“My mother was quick to try to add me to their plan. She knew that there was a better chance for me to study in England and make something of myself”

Blessing expressed her hardships in her younger years. She remembers living in a house that was partially run down and had electricity that almost always shut down.

“We might’ve been poor but my auntie, my mother’s sister, was lucky because she married a rich man.”

Her relationship with her aunt was normal as a child; she recalls her aunt visiting her mother regularly to update each other on what was going on with their lives.

One day, in May 2002, her family heard news that the aunt was emigrating to the UK in search of a better quality of life.

“My mother was quick to try to add me to their plan. She knew that there was a better chance for me to study in England and make something of myself.”

Although it did take a lot of convincing for her aunt to take her, because her husband, Blessing’s uncle, was resistant to the idea of looking after another man’s child.

A couple of months later they came to an agreement that Blessing would take care of household chores in return for joining them. The whole process took two-to-three years due to paperwork including visas and housing.

As Blessing settled in her new home located in Sheffield in the spring of 2005, she was ecstatic to be in a new world that could offer her millions of opportunities.

“The first year wasn’t that bad. They would hit me if I didn’t do things correctly but I was so amazed by England that I didn’t care. I’d look out the window in the kitchen when I was cleaning and just watch the beauty of nature.”

The awe of being in a foreign country soon wore off for Blessing. The mistreatment became so cruel that she was no longer able to fool herself into thinking it wasn’t as bad as it was.

She realised that her arrangement was not rational when both her aunt and uncle would treat her horrendously in front of their guests.

The mistreatment that she was receiving was rapidly worsening to the point that she was no longer considered a human but more an animal. She would be violently abused almost every day.

“One night my uncle woke me up. He told me that I was no longer allowed to sleep in my cousin’s bedroom because I didn’t deserve to be there. He told me to sleep downstairs next to the kitchen. I thought ‘How can a man be so cruel. He can’t see I’m a human being?'”

Blessing described her sleeping conditions as terrible. She had to sleep on a thin foam mattress placed on a tile floor. She added that she’d get even more uncomfortable during the winter season as the temperature dropped.

“I cried every night. I missed my mother and siblings. But I had no way of seeing them because my uncle had hold of my passport.”

Despite the fact that Blessing prayed to escape the house every day, it took four years before she finally got away.

“There was a woman who I got to know because she owned a shop I used to go to. She was the one who saved me.”

Blessing would visit this woman regularly, she said that it was one of the few things she looked forward to during her time imprisoned.

“One day my auntie joined me to buy some stuff and the woman saw the abuse I received. My auntie was throwing stuff into my arms and whenever I dropped something she would slap me hard on the face. I had to hold the tears back because we were in public.”

“You do not deserve this. You need to get out. I’m your sister now, I’ll look after you.”

The week after that incident, Blessing returned to the shop as normal. However, the shop owner took her to the back of the building to express her concerns on what she had seen the week before. Blessing instantly started weeping and told her everything.

“She said to me: ‘You do not deserve this. You need to get out. I’m your sister now, I’ll look after you. Get all your stuff from the house and come to me. You are staying with me’.”

“I ran back home faster than I ever ran. My auntie had visitors and my uncle was at work. I told her that I was going to take the trash out but in one of the bags, I put all my clothes and stuff in. I sneaked into my auntie’s room and looked around for my passport. I took a vacuum with me so if she asked why I was in her room I could say I was cleaning.”

When she found her passport, she dropped everything and ran for the door and towards the street. “I never felt freer than that moment.”

It has been reported that there was a 40 per cent increase in the population of slaves in the UK and the numbers seem to show no signs of declining.

Forced labour is one of the main purposes of enslavement but it is not uncommon to have cases where females are sexually assaulted.

Blessing didn’t wish to discuss anything of that nature occurred but has said: “The things that my uncle has done to me are the cause to some of the darkest moments of my life.”

According to the Anti-Slavery Organisation, only one per cent of perpetrators are convicted for their crimes.

It is thought that as soon as a slave has escaped their conditions, they would much rather hide in safety than face the people who have abused them.

This is understandable as the psychological trauma they go through is not something they want to revisit. The traumas that some survivors have can be so bad that they experience PTSD.

“I’m also thankful that I have learnt important life lessons from my pain.”

It is now years later and Blessing described how she’s getting on.

She’s hundreds of miles away from her family and is now in college taking English classes to improve her writing skills. She aspires to help many other young people who have been tricked into slavery.

“I’m happy now. I hope to get married and have kids soon. I thank the Lord that he removed me from such evils but I’m also thankful that I have learnt important life lessons from my pain.”

Blessing also told us how she is afraid of her family right now, due to them still living in England, but she hopes one day to gain courage and campaign to end slavery among the international community.