The magic’s in the make-up! 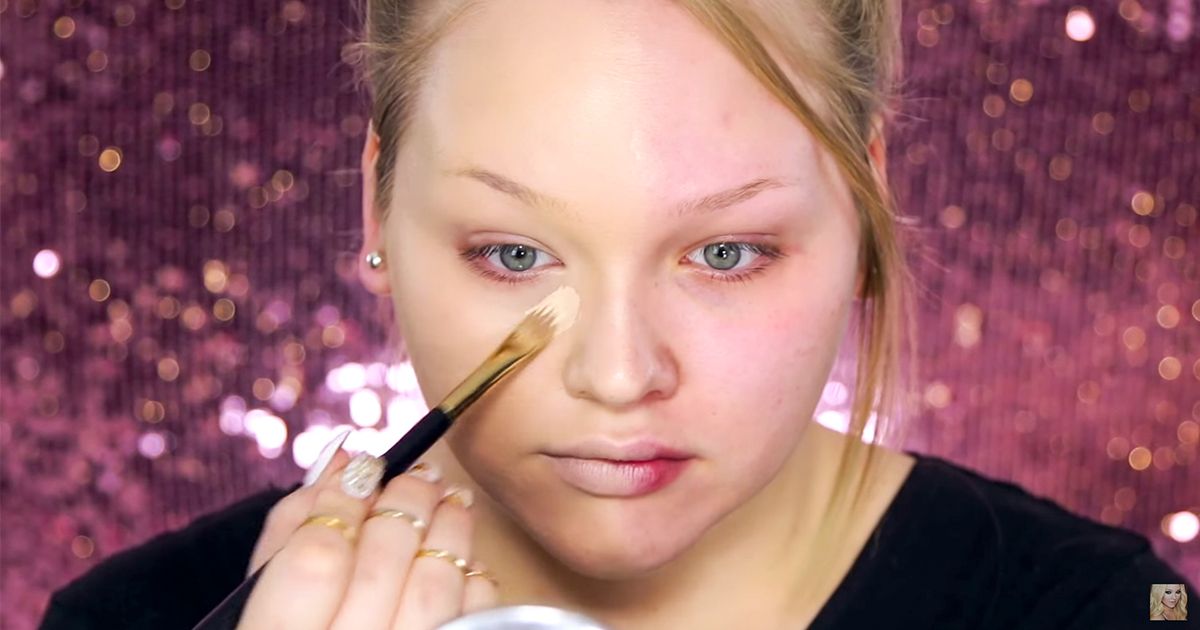 We are all guilty of it.

Sighing over, obsessing over and admiring the latest pictures of our favourite celebrities flawless, beautiful make-up they are wearing at the many glamorous events they attend.

I do it all the time – but one thing I keep in the back of my mind is that behind every beautiful make-up job, is a fantastic, talented make-up artist.

Make-up has been around for centuries. The earliest records of makeup used to date back to around 3000 BC when Ancient Egyptians used soot and other natural products to create their signature looks.

Evidence suggests that the origins of makeup may go back much further. Our closest relatives, the Neanderthals, may have used coloured pigments on their skin some 50,000 years ago, and paint pigments date back 75,000 years, suggesting people may have used body paint before they wore clothes.

Most people will say that make-up makes women look younger and more attractive, but the question is, why? What is it about a little eye shadow, some pink cheeks and red lips that makes a woman look prettier?

Like a lot in life, it’s probably about sex. Make-up also works because it’s a good lie.

In much of the animal kingdom, females advertise their youth, health and sexual availability through physical signals.

Whether it be red rumps, special scents or elaborate behaviours, girls of the animal world know that sex sells, and they make it well known to the men in the area that they are ready for and capable of producing some stellar offspring.

Like a peacock strutting his feathers, women do this to convince the opposite sex that they’re a good choice for a mate.

But in humans, these signals are far less pronounced. Women’s bodies don’t advertise fertility loudly like our closest relatives.

Instead, it’s almost impossible to tell if a woman is ovulating – almost. There are subtle signs if you know what to look for, and even though they might not realise that they realise it, men (and women!) do take notice.

Studies have shown that women’s faces are more attractive to both sexes during the fertile phase of their menstrual cycle. Make-up works because it exaggerates or even completely fabricates these signs of fertility and sexual availability, making a woman seem more appealing.

Those ancient Egyptians were on to something with the eye makeup, for example. Women, in contrast with men, tend to be naturally darker around their eyes. Eyeliner, eye shadow and mascara all enhance this effect, thus making a face look more feminine. 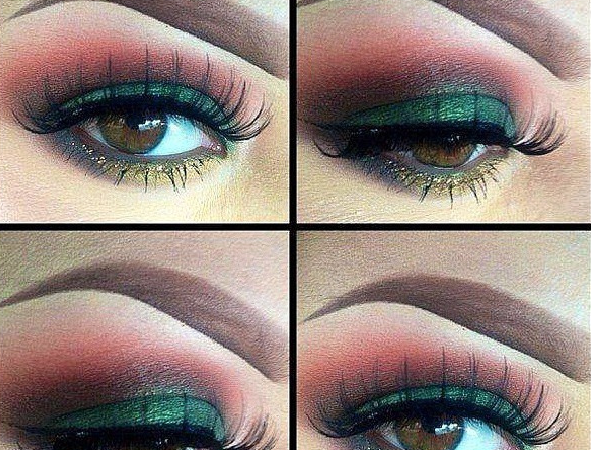 In a recent interview with 25 year old freelance makeup artist, Kali Addow, explained that make-up is “the physical, mental and moral character of a person”.

Make-up is another form of art, and us women apply makeup to demonstrate ourselves in a way that makes us feel comfortable and confident in. It is often men who raise the question, “Why do women wear makeup?” and the most common answer you would ever receive from a female would be, “because I want to” or “I feel like it”. Although this is true, the whole concept of wearing makeup is much deeper than you think.

It’s not just bold colours that make a difference. Other products such as foundation and cover-up also play a large role in making a woman look more attractive.

That’s because we are naturally drawn to even skin tones. As our skin ages, it tends to get discolorations, whether they be from the sun, scars, or other kinds of damage.

So it’s not surprising that an even skin tone, no matter what the topology of the face is, strikes us as younger and thus more attractive.

One study found that eye makeup and foundation were most important in explaining why makeup makes women appear more attractive and younger.

Again, it’s about producing offspring – youth in and of itself isn’t all that useful except in the context of sex, fecundity, and fertility.

But, I hear my female friends saying, “my (boyfriend/husband/whoever) says that I look prettier without makeup!”

Well, it’s true that when you poll men about their make-up preferences, as many as one in five says their significant other wears way too much makeup, while one in ten wishes that women didn’t wear make-up at all.

While that’s certainly a nice sentiment, their actions speak louder than their words. Study after study has found that when shown pictures of women with and without their makeup, men consistently rate images with makeup as more attractive, confident, and healthier.

Men also think women wearing make-up come off as more intelligent and having higher earning potentials and more prestigious jobs. I’m not saying wearing make-up is more likely to get you hit on at a bar, but men say so.

If you don’t know how powerful makeup really is, you definitely will after watching this video. From the YouTube channel NikkieTutorials comes a drastic look at the effects of makeup and its ability to transform the face.

Inspired by comments and people being shocked that bare-faced Nikkie could also be YouTube Nikkie, she decided to do a video applying full makeup to only half her face. The result is fascinating, to say the least.

If you don’t know how powerful make-up really is, you definitely will after watching this video.

There are plenty of make-up tutorials that are only just a click away on the internet, but not all of them carry a message behind them like this one.

Nikkie introduces her video by explaining a phenomenon she’s noticed when it comes to girls wearing make-up. She describes how women are being made to feel guilty for wearing and loving make-up.

There’s no doubt that make-up enhances the features and can be used for the most subtle and drastic of transformations.

Shaming women for wearing a lot of make-up is something that is becoming increasingly pervasive in society, but if wearing make-up helps one feel more confident and have better self-esteem, then who are we to stop them?

I absolutely love make-up. I don’t always wear it everyday, but when I do, it’s fun to see the change. Watching Nikkie transform half of her face was fascinating. The “before” and “after” is, indeed, very drastic, which just goes to show how powerful make-up really is.

When you look at the science, it’s no wonder that more than £40 billion a year is spent on cosmetics.

Make-up works, and it does so because our bodies are programmed to perceive sexual signals from the coloration of our faces. Make-up tricks our brains just enough for it to be worth the time and effort if you want to look hotter.

Of course, modern media and the way women are portrayed certainly helps boost sales. But make-up has been used for centuries in disparate and diverse cultures in strikingly similar ways for a reason.

In the end, we are drawn to makeup is that it taps into our primal urge to find a young, healthy mate who will produce lots of kids so that we can pass on our genes.

As I might have predicted, even make-up only makes sense in the light of evolution.