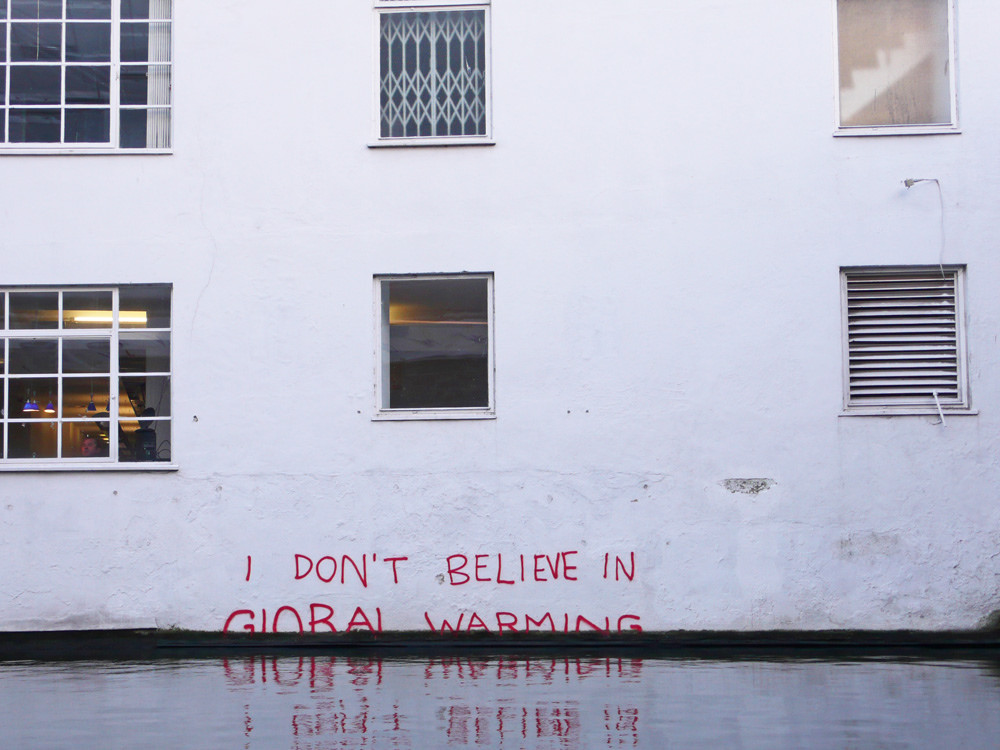 Now that the Republican party controls the presidency, the senate and the house, we need a harder line on climate change than ever before.

There are three branches of the U.S government, two of which are elected via democratic vote.

The second being the legislative branch, or Congress, which holds the senate and the house.

In line with the Republican party’s archaic views on global warming, the new President previously branded global warming a ‘hoax’.

During the 2015 United Nations Climate Change Conference in Paris, Trump criticised the US’s participation in the talks, telling Fox News: “I think it’s ridiculous. We have bigger problems right now. To have President [Obama] be there for an extended period of time talking about global warming being the biggest problem facing this country is insane.”

“What we see with Trump’s victory is something more, a convergence between the xenophobic agenda and the climate change denialist agenda”

When asked, “Do you believe in climate change?” Trump responded: “I think there’ll be a little change here, it’ll go up, it’ll get a little cooler, it’ll get a little warmer. Like it always has, for millions of years. It’s called weather. I think it’s a big scam for a lot of people to make a lot of money.”

Whilst the Presidency has been taking up all of our screen time, all 435 seats in the House and 34 of the 100 seats in the Senate were also up for re-election with 34 states involved in the 2015 elections.

The new vice president, Mike Pence, will take over as President of the Senate as is standard, and has a casting vote if there is a tie.

Pence has stated that he believes climate change both exists and is perpetrated by man, but when interviewed on CNN Pence said that whilst it is happening we “can’t” and “shouldn’t” do anything about it.

In fact, he said, we should “end the war on coal, and continue to develop clean coal technology.”

Trump has also been on a playground picking parade of his cabinet. His choices support his agenda with the majority having heavy interests in the fossil fuel industry.

Former governor of Texas, Rick Perry who previously stated his belief of abolishing the Energy department has been picked to the new Secretary for Energy, pending his confirmation by the Senate. 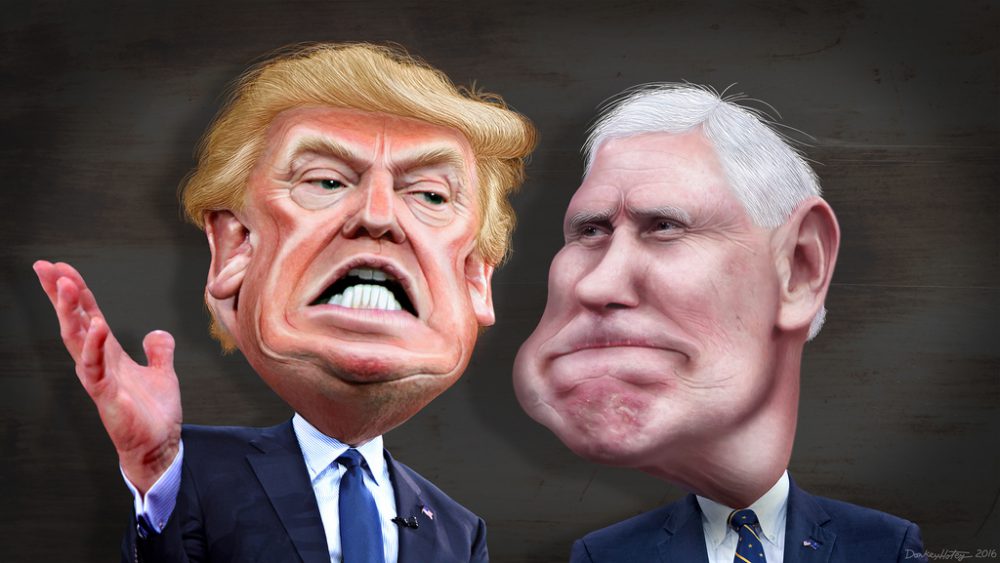 Trump and Pence are at odds over climate change.

Trump and his new team did not hesitate to get rolling on the depletion of America’s environmental quota.

One of his first actions as President was to sign an order allowing TransCanada Corp to re-submit their application for the Keystone XL and Dakota Access pipeline, despite heavy protests from citizens and environmentalists.

The Keystone XL pipe is proposed to run through a fragile ecosystem in Nebraska known as the Sandhills. Environment Canada has also found evidence of the current Keystone pipe leaking chemicals into local groundwater as well as the Athabasca River.

Obama stopped work on the controversial project in 2015 when he was advised by the Environmental Protection Agency (EPA) that the new pipe would not significantly affect petrol prices, create fixed long-term employment or reduce foreign energy dependency.

In fact, in the 2014 State Department report for the project, it was predicted that only 35 permanent jobs would be created after the construction of the pipeline, which would take two years.

As a result, the pipeline has come to represent America’s future relationship with non-renewable energy. 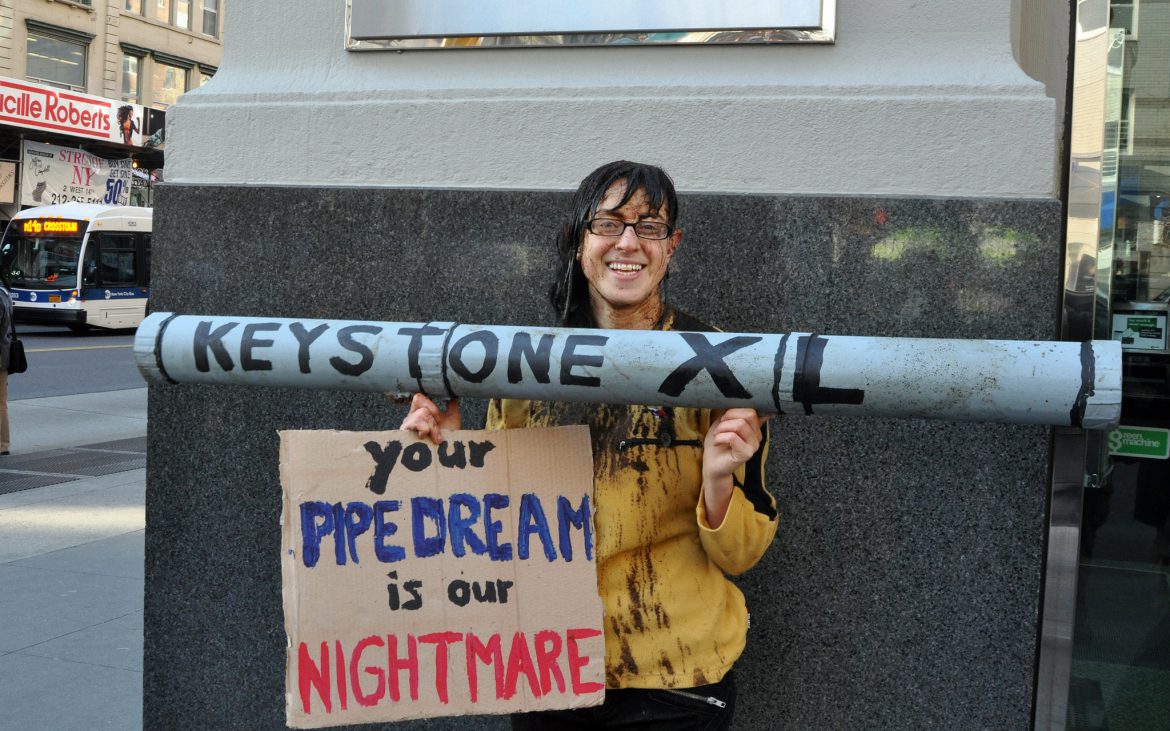 In a last-ditch attempt to conserve his environmental quota, Obama authorised the payment of $500 million to the United Nations Green Climate Fund before leaving office.

As if the man needed more praise before leaving the Oval Office, he still managed to slip in a sure-fired contribution before climate change was put into the greasy fingers of freshly inaugurated Donald Trump.

The evidence shows that Green Climate fund does vital work; their manifesto states that their intention is to expand collective human action in responding to climate change.

The fund also works by aiding in offsetting the damage caused by natural disasters in countries that are vulnerable to the effects of climate change.

Obama previously promised to contribute $3 billion to the fund as part of the negotiations at the 2015 Climate Summit in Paris. 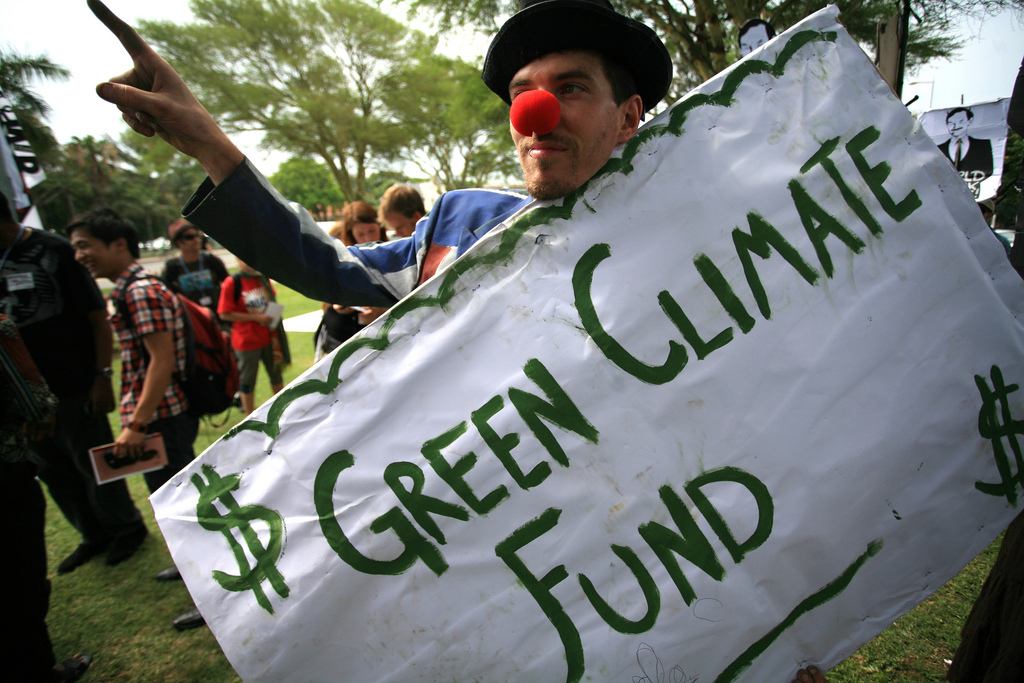 Activists have worked hard to support the Green Climate Fund

With his exit from office, he leaves behind his pledge and a total contribution from the US of $1 billion.

Trump plans to cancel the remaining sum to be paid to the Climate Change Fund and any future UN climate change programmes, as laid out in his plan for the first 100 days in office.

The manifesto also proposes that the funds be used instead on ‘fixing America’s water and environmental infrastructure’.

His sixth statement under ‘actions to protect the American worker’ declares his intention of reviving the pipeline projects and lifting other ‘Obama-Clinton roadblocks’ to allow energy infrastructure projects to move forward on Americans own finite fossil fuel reserves.

This, in turn, will re-open the floodgates to up to $50 trillion dollars (£39.58 trillion) worth of shale, oil, natural gas and coal.

“This [Obama’s] contribution shows that even as we face an incoming Administration that engages in dangerous climate denial, those of us in the United States who believe in taking action to save our planet, our economy, and our future will continue doing everything in our power to move forward,” he said.

“I am glad that other countries are continuing to take this challenge seriously and that we can continue to work together to fight climate change.”

In a recent climate conference held at University College London, activist and author Andreas Malm told Artefact: “What we see with Trump’s victory is something more, a convergence between the xenophobic agenda and the climate change denialist agenda.

“People complain that there are too many immigrants when in fact immigrants do not constitute any real threat to our way of living. The one real threat is global warming and other types of environmental crisis. They get a fraction of the attention,” he told us.

“The people who say that immigration is the real problem are now from the government of the United States, they are saying that climate change is explicitly not a problem, that it’s a hoax. With this, we are going to take out as much fossil fuels from the ground as physically possible.”

In May 2016, Trump published an America First Energy plan which reads more like aggressive scribbles from some political ‘burn book’.

“If President Obama wanted to weaken America he couldn’t have done a better job,” it said. Amongst unabashed digs at Hillary Clinton, the plan labels remaining US coal reserves as ‘treasure to be shared among the people’.

Really?! What is happening?! Leo needs to have a word #TrumpDigsCoal #ClimateChange #BeforeTheFlood #USElection2016 pic.twitter.com/tbqAbpIRn3

In reality, the only beneficiaries of further extraction of coal, oil, and natural gas is to add wealth to those already in incredible positions of corporate power.

It is as if Trump knows that once a complete switch to renewable energy is made, there will be no longer an opportunity to rinse fossil fuel capital.

At the end of Obama’s administration, the backing of clean energy saw a significant rise and fossil fuel investment was seen to be falling.

Carbon emissions in the U.S. also fell by nine percent between 2008 and 2015. We were seeing for the first time, a global shift towards a cleaner greener planet.

It is clear to see that the new President’s attitude towards global warming is disheartening.

Trump’s singular view may not be harmful, but if the senate, the house and the presidency collectively hold this view then the future well-being of our planet starts to look a little bleaker.

The Republican Party states their belief that coal is a clean, abundant and affordable energy source, demonising the Democratic Party for their ‘radical anti-coal agenda’ based on ‘shoddy science’ and scare tactics.

It would be foolish to deny climate change is happening.

Increased levels of greenhouse gases from the use of fossil fuels have caused the earth to warm. Sea levels are rising, droughts and flooding are becoming more common and heat waves are reaching record temperatures.

The Intergovernmental Panel on Climate Change says that emission rates are set to increase by 4°C by the end of this century.

All the while, the Green Climate Fund (GCF) is working to globally achieve an increased rate below 2°C, a feat that is looking more and more unlikely.

According to NASA, who are also suffering from Trump’s climate cuts, “it’s unequivocal” and “there is no question”.

Under Obama, NASA’s Earth Science Division funding for climate surveillance went up, they received $1.92 billion in funding, up 30 per cent from the previous year.

Although it is not yet known by how much, Trump is set to strip this division in his crackdown on ‘politicised science’.

It appears that Trump is set on waging war against the environment, at a time when if we don’t start investing in green energy then we may miss our chance to preserve our only planet.