Tucked away in the backstreets of Southwark stands a 3,300 square foot building project that started as a fundraiser in 2012.

Three years and £20,000 of donations later the renovated space has opened to the public.

The space is buzzing, as it is the fundraising night for the print collective, one of the many collectives that operate in the space – one of the founding members, Roy, says that the collective has been in the works for about a year and a half. 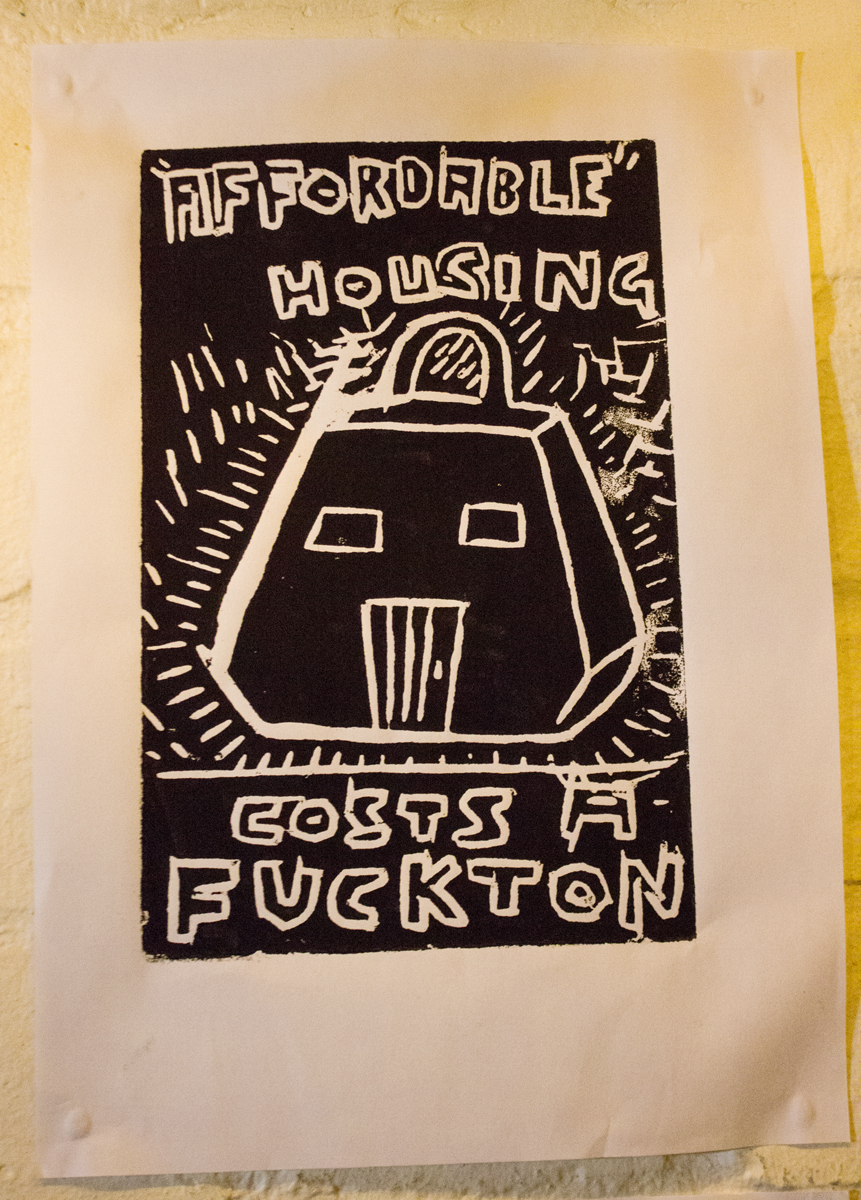 Roy tells Artefact that one of the initial ideas was to create a printing space that is accessible to everyone. “Lots of other courses are like fifty quid or so and we’re running them here at like ten, six pounds so it’s a lot cheaper,” he says.

Print collective members can also subscribe to a low cost access to using the printing space on their own time.

The print collective has clear goals: it’s set to be accessible and provide a place for its members to learn printing and teach each other.

“Providing a welcoming space for everyone, including those whose voices and contributions are not always heard or appreciated, is a top priority for us,” says DIY Space’s website.

The sense of community is strong, and the group relies on skill sharing and collaboration.

“I think it’s just nice to do stuff with other people where you’re all mates and you just have a laugh together while you’re being productive at the same time,” says George, who has been a member of the collective for about a year. “And I think you can tell that everyone cares about each other and that’s nice.”

One of the first principles is the low risk approach to printing. “You can go to a day workshop where you can just do a couple of prints,” says Roy. “If you come and you’re not good it’s not a problem.”

“I’d only done screen printing once when I came here,” tells Dorothy, who joined the collective to learn new art skills.

The collective is currently working on preparing a printing rota for its members and opening the studio space for the members to use outside of workshops, as well as working on setting up the equipment for using the photo motion technique.

George says they need to focus on creating their own work. “We haven’t done that much of just doing our own projects,” he admits and says he’d like to work on creating zines in the future.

DIY Space for London is a social centre that runs as a members’ club co-op, meaning that all of the members can get involved in the way the space is run and anyone can join.

It has its own collective for each of the space’s functions: the bar collective manages the bar and cafe, and the maintenance collective keeps the space in good repair.

As written on the wall of the Space Bar: “Nobody works here,” everyone is a volunteer.

Behind the counter: South London’s offies