Olympian Avery Brundage once said: “Sport must be amateur or it is not sport, sports played professionally are entertainment.”

As my teammates and I, clutching a soiled pair of boots in a Tesco carrier bag, commute to this week’s fixture in a crowded tube carriage, it is undeniable that we are, if nothing else, amateur.

My team of ten players (we hope to meet the rest of our squad at the venue) exchange silent glances across the carriage every few stops. Is this what Barcelona’s team bus feels like?

Some of us are wearing skinny, ripped jeans coupled with Chelsea boots, whilst others opt for academy tracksuits, nostalgic tokens from a time when football was a career goal, rather than a hungover hobby.

I have no doubt that this is not how the likes of Messi and his colleagues travel to matches, but then, according to Avery Brundage, they are not sportsmen, they are entertainers.

You may ask why the referencing of art school is necessary for this article; doesn’t every university have a football team?

It is necessary because the football team does not belong here; we are artists, not sportsmen; a surprising number of people would agree that the twain should never meet.

The Students Union doesn’t grant us funds for our pitches and the few students that are aware of the existence of our team are indifferent to the results that we attain.

On Wednesday afternoons between September and April, we are the Real Madrid Galacticos

I was once one of those students.

When I arrived at university, I almost immediately disestablished myself with many aspects of the life that once shaped me; I had escaped my small town upbringing and I was ready to immerse myself in a new world, a world of diversity and culture.

Five-a-side kickabouts in the park simply did not fit into my plans. I moved into my Brixton flat, alongside seven girls and I had what was, undoubtedly, the most enjoyable year of my life to date.

My flatmates and I would take trips to galleries, tap our feet to open mic nights in tiny bars and adhere to ironic themes at quirky parties, you know… arty shit.

As my first year came to an end however, I was left with a sense of dissatisfaction that I could not quite put my finger on. I had a feeling akin to homesickness.

I was not homesick in the traditional sentimental or geographical sense; I had always been independent and I had been ready to leave the countryside for as long as I could remember.

Could it be that, despite my new life and Bowie-esque reinvention, there was still an ulcer inside of me that yearned to revisit the simplicity of playing a football match with friends?

After one year of my degree, I finally caved in. I dusted off my football boots and attended a training session; approaching the squad with the trepidation of a boy asking his big brothers’ mates if he can join in. 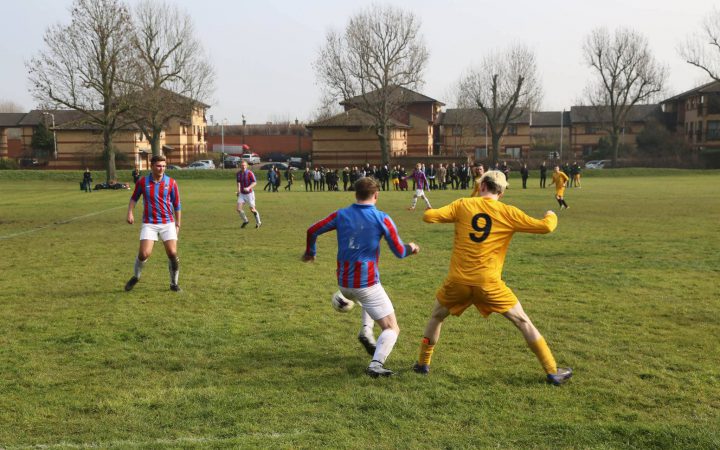 Even if I were to embarrass myself, thus extinguishing these childish football fantasies forever, who cares? I’m art school, I’ll tell everyone that I attended the trials ironically.

I remember arriving for my first session alongside a handful of other apprehensive freshers, in a squadron of sock tape, hair bands and immaculate Adidas Predators, fresh from the reduced section of Sports Direct.

I recall looking my fellow hopefuls up and down and wondering if we really were all there ironically.

We definitely weren’t on the path to World Cup glory and many of us had, in fact, forgotten how to engage with physical activity altogether without the aid of nightclub DJs or the promise of subsequent ejaculation.

As months passed, I had begun to form friendships with other players in the team, not traditional friendships of course, but teammate friendships. I knew almost nothing about my comrades except their playing position and, at a push, which football team they supported.

Everything that you know about conventional companionship may lead you to think that these relationships are shallow, or two-dimensional, but in an art school existence, where snobbery and pretentiousness exists around every corner, the blind simplicity of these teammate friendships were refreshing and, dare I say it, far more real than any other allegiances that I possessed in this city.

I knew nothing about these people’s political views, wealth or social background; but when we score a winning goal in the 89th minute of a match, we are brothers: exchanging more affection than I ever have with any of my oldest friends.

Every Wednesday throughout the academic year, the art school football team, along with all of the other closet sports enthusiasts, escape the clutches of their studios & MacBook Pros, to meet for weekly social meetings, a stonemasons for those that simply cannot accept that sport should be reserved for PE lessons or the physical elite.

These amateur athletes that were once celebrated among their peers in secondary school have relocated to an alternate existence, a social landscape that renders them the minority.

This newfound vulnerability forces each of our university’s teams to lean on each other, sharing fancy dress themes, discounted entry to bars with sticky floors and even 30-hour coach journeys on annual trips to Europe.

Occasionally, at times when we remember that we aren’t, in fact, the cast of Green Street or a brutish pub team, the aura of irony still descends upon us.

But it’s times like these – times when we engage in such self-satirising chants as “Beer! Football! Tits! Lads!” – that the ridiculous reality actually becomes clear: the reality that I bloody love my teammates, humiliating initiations and ‘banter’ that clumsily toes the line between comedy and insult.

Have l become, against my better judgement, a football lad? 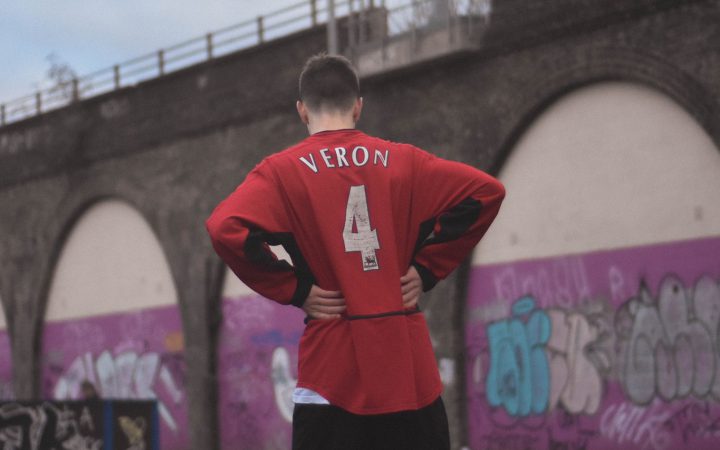 Who do we think we are? [Gabriel Daughtry]

So why is it that even the most eloquent of artists return each week, to suffer unbearable temperatures in distant venues?

It’s because this is a glimpse into the world that we left behind; the dried mud on our knees, the post-game pints in pubs with ale-soaked beer mats.

This is more than a hobby, we are the ‘football lads’ and, against all odds, we are thriving as a subculture.

We’re a clumsy compilation of writers, painters and graphic designers, but, on Wednesday afternoons between September and April, we are the Real Madrid Galacticos and a rented field in the West of London is our Bernabeu Stadium.

Today I will quote Nietzsche and visit a gallery, but tomorrow I’m going to don my ill-fitting replica jersey and make a run up the wing.