The fastest growing league in the world

It was over almost as quickly as it started, but for a minute Diego Costa had Chelsea fans panicking as the Chinese Super League knocked on the door.

It was a scenario that would’ve been unheard of in recent decades, a team coasting at the top of the Premier League suddenly faced with the prospect of losing their top goalscorer to a multi-million pound offer from China.

Each of the teams who have won the Premier League over the last decade have highlighted a key ingredient in their bid to dominate English football for 38 games: a striker who can be relied on to score goals whenever he plays.

Diego Costa, Sergio Aguero, Robin Van-Persie, and even Jamie Vardy for ‘miracle working’ Leicester City have all experienced outstanding seasons in recent years to see their team lift the title at the end of an increasingly competitive Premier League season.

Just four points separate second from sixth in this season’s competition (at time of writing), with Chelsea further out in front of second-placed Manchester City.

The current scenario highlights what regular goals from a fully-fit striker can do for a team, with Diego Costa leading the goalscoring charts comfortably as Chelsea went on a nine-match winning run and cemented their place at the top of the Premier League.

This is the normality of a Premier League season for ‘champions-elect’, but for the first time this year, it’s almost been interrupted significantly by the lure of the Chinese Super League (CSL).

The start of the Chinese Super League was announced in 2002 by the Chinese Football Association, and the league began in 2004.

This came off the back of significant need for reform in Chinese professional football, after the original league (Jia-A, formed in 1994) was plagued with corruption; incidents of match fixing and heavy gambling led to heavy criticism in spite of its original success.

In 2012, Nan Yong and Xie Yalong, two former heads of the CSL were each jailed for ten-and-a-half years for various accounts of corruption that marred Chinese football even after the calls for reform that led to the original formation of the Super League.

The inaugural season of the CSL saw corruption carry over from its predecessor the Jia-A, and immediately the interest in domestic football from football fans in China plummeted, resulting in low attendances and financial trouble.

But Chinese football made a statement in 2012 with the arrests of Nan Yong and Xie Yalong, with Nan charged with 17 counts of taking bribes.

A campaign for reform in Chinese football launched in 2009, since then the country has seen arrests of several players, referees, coaches and coaches.

Incidents where players would take shots at their own goal, teams refusing to play, referees fixing matches, any football league associated with such controversy has undeniably a lot of work to do to improve its reputation.

But events would appear to be moving in the right direction, as Chinese Super League clubs have announced star signings from European clubs in bulk over the last 24 months.

Wind the clock back ten or more years, and top players from Europe coming to the end of their careers would have a couple of obvious options.

David Beckham famously moved to the American Major League Soccer (MLS) and starred for LA Galaxy from 2007-12, scoring eighteen goals before moving back to Europe on loan to AC Milan, then finishing his career at Paris St Germain in 2013.

Some of the world’s best made similar moves to the original North American Soccer League in the 70s and 80s, including the likes of George Best, Franz Beckenbauer and Pele.

More recently respective club legends Steven Gerrard and Frank Lampard have endured mixed experiences in the MLS after success in the Premier League, with the latter finding himself booed by his own fans in a 7-0 defeat to New York Red Bulls, despite going on to score 15 goals in 29 appearances.

It’s rare nowadays that European legends don’t seek new challenges once they begin to fall out of favour at their top clubs, with the billions of pounds being spent on transfers of all sizes in European football, clubs often opt for multi-million pound replacements for club stalwarts rather than allowing them to see out their remaining years of football with their place in the team still secure.

Prime examples of victims to this new culture are Manchester United and Chelsea captains Wayne Rooney and John Terry, who find themselves without a regular place in their respective sides after years of service far exceeding a decade apiece.

Both players have regularly been linked with moves away, perhaps seeking new challenges after falling out of favour to the benefit of big-money signings.

None more so than Rooney, who was reportedly offered a £75 million, three year deal by Shanghai SIPG to star in the Chinese Super League. 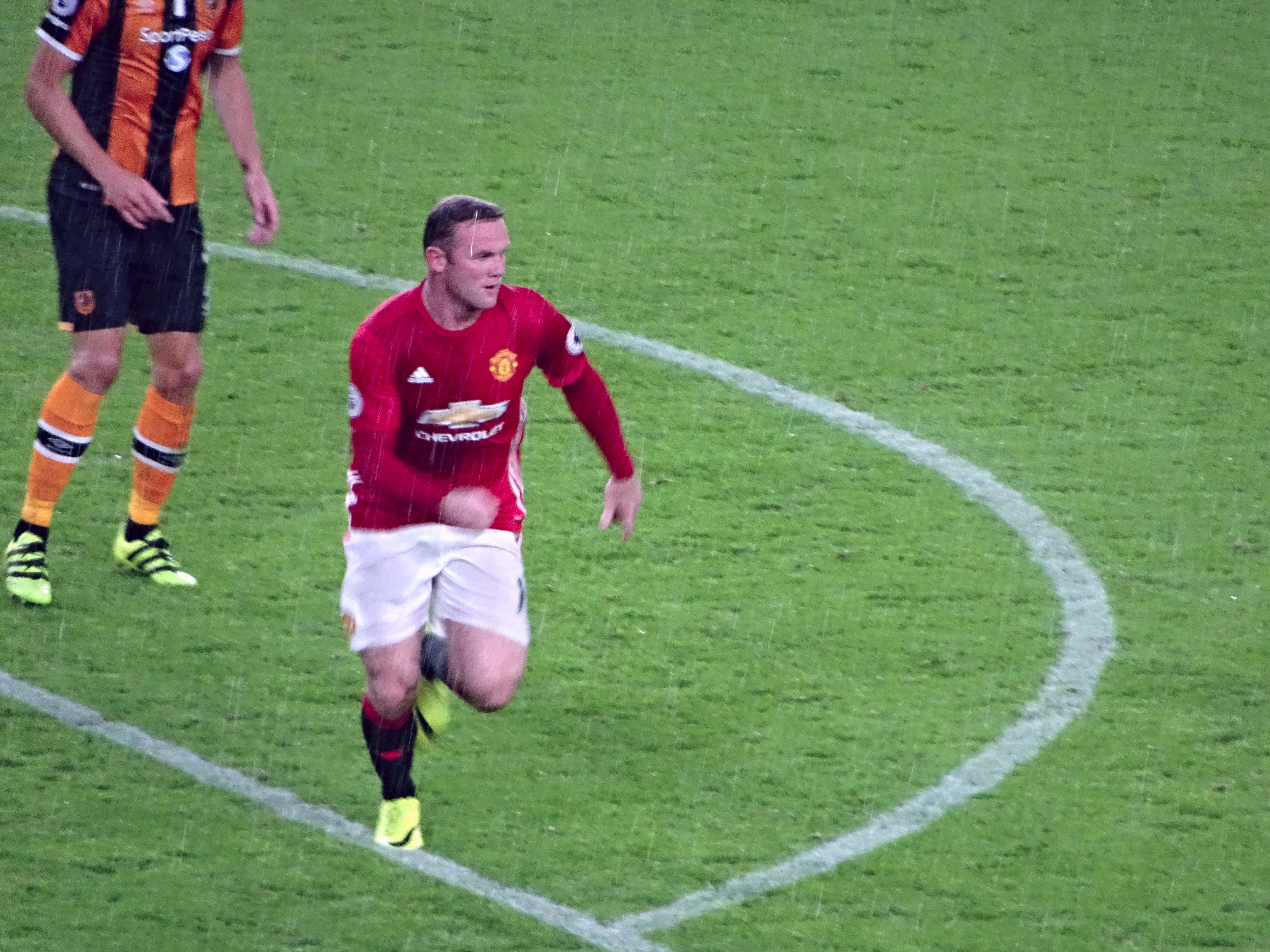 For now he remains Manchester United captain, but a move to the CSL is becoming an increasingly viable option for players who want to continue playing regular football and see their financial demands matched or in many cases exceeded.

Chinese President Xi Jinping has made this possible, after he set out a ten year plan to see China become a footballing superpower.

His intentions, however, reach beyond domestic football and the Chinese Super League.

The pinnacle of his ten year plan is to see China host and eventually win the World Cup, attempting to transform the game in a country who currently sit 83rd in the FIFA rankings.

This of course would require heavy investment in grassroots football, and player development – spending multi-million pound sums on top European players has certainly raised the profile of Chinese football, but this alone will not see them win the World Cup anytime soon.

Part of the plans include the creation of 20,000 football education centres, and 70,000 pitches in the next three years, with a view to producing more than 100,000 new home-grown players to improve the national side.

Corporate investments in Chinese Super League sides have made the succession of unprecedentedly large transfer bids and completed deals possible, with the lucrative financial benefits appearing to be a significant lure to many players currently or previously playing in Europe’s top five leagues.

In many cases, these offers exceed the perceived market value of many of these players, where out-of-favour players at top clubs are fetching fees way above what would be expected from other European clubs.

In the January/February transfer window of 2016, the Chinese transfer record was broken four times in succession, and after Brazilian midfielder Oscar was the subject of a £51 million pound move from Chelsea to Shanghai SIPG, this figure has now been broken five times in the space of a year.

This is a statistic that alone puts weight to the statement that the CSL is currently the fastest growing league in world football, with many in the Premier League concerned about the threat that it could pose to English football.

Chinese football has come a remarkably long way since Didier Drogba first surprised fans across Europe when he spent a season in at Shanghai Shenhua, where there were reports of unpaid wages and further corruption.

This is an impressive repertoire of players when it is considered that the first incoming transfer fee to the CSL over £10 million was as recent as the 2014/2015 season, with Guangzhou Evergrande signing former Cruzeiro attacking midfielder Ricardo Goulart.

The first European transfer fee over £10 million was in 1992 for French striker Jean-Pierre Papin.

This rapid and significant rise in the fortunes of the Chinese Super League has many fans of English football concerned about the long term effect on the Premier League, can Chinese football pose a threat to the financial dominance of the Premier League in world football?

This question boils down to whether or not the appeal of footballing tradition could ever prevail over the lure of the £500,000+ contracts that are currently being offered to European players by Chinese clubs.

English and European football is made special by a rich history, and a development over time that spans more than a century, but footballing decisions being made for financial reasons are becoming more common.

On the face of it this does not seem like a controversial decision, however concern lies with how the decision appeared to retract from comments he made on the state of football in 2010.

“I’m tired of football but also tired of people who work in football. I’m talking seriously. Football is only about money and I don’t like it,” Tevez said in  2010

Few can criticise footballers for investing themselves in providing the best life possible for themselves and their families, and the finances certainly have the power to do this.

But is the ‘modern’ nature of the rise of the CSL a sign of the beginning of the end for European as we have previously known it?

Following the spending spree of Chinese clubs, China announced new regulations that reduce the allowed number of foreign players per team from five to three, which coincides with the decision from the top footballing governing body in China to put plans in place for spending caps.

This could perhaps curb the rise and the rate of which the status of the CSL is growing, but this epitome of what many would consider everything wrong with modern football, still has many concerned.

By Zhangwei Ye
9 Mins read
At the recently concluded opening ceremony of the 2022 Winter Olympic Games in Beijing, China once again provided a visual…
21st-century trends

By Emmeline Banks
6 Mins read
Bolton has a history of clashing beliefs and a fierce love for football, but the presumption that this is equal to hooliganism can be traced back to the 70s, as well as hooligan groups like Casuals United of 2009 who sought to revive the subculture – the new generation of fans are determined not to fall into the trap.
Life

By Atiyyah Ntiamoah-Addo
7 Mins read
Meet Jaheim Harry, a young Tobagonian footballer who has been given a once-in-a-lifetime chance with a sports scholarship in Portugal