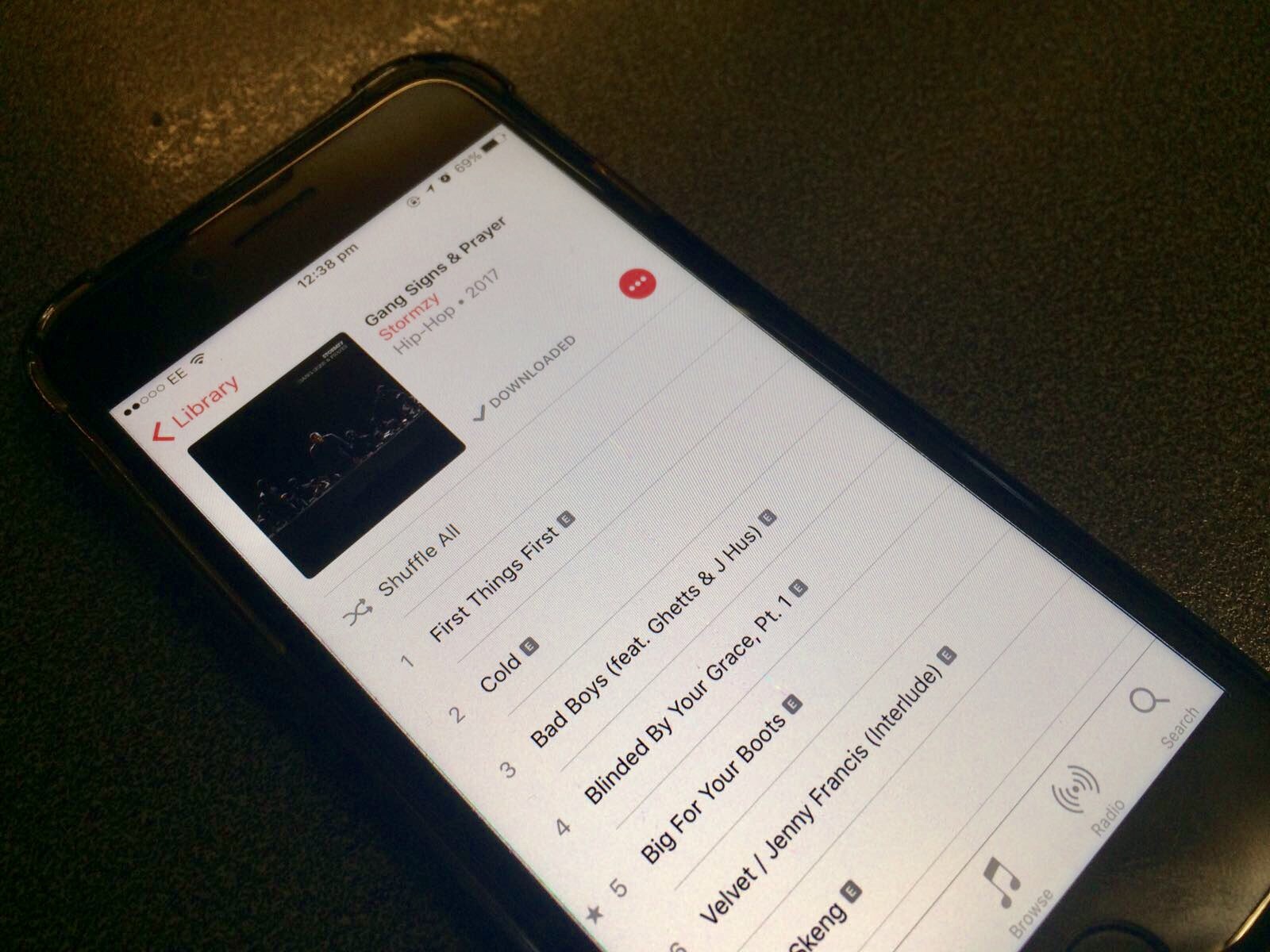 Stormzy has become a household name: on February 24 he took the UK by storm when he released his debut album Gang Signs and Prayer.

The Shut Up star was AWOL for the last nine months; he deactivated his social media accounts and was nowhere to be seen.

Fans assumed this was so he could focus on his music, and Stormzy addresses why he was AWOL in a song from his album.

In late January, Stormzy was active on photo-sharing platform, Snapchat, where he posted pictures of various billboards and projection screens around London with lyrics from his single Big for Your Boots, with ‘#MERKY’ in the bottom right corner.

On February 2, Stormzy dropped visuals for his first single from #GSAP, Big for Your Boots.

The song and the visuals (below) were both epic, it was a brilliant track to drop after being away for so long.

The release of the video got everyone excited for what Stormzy had in store for his fans.

On February 13, the south London MC took to social media to announce his UK tour, which sold out within three days after he added an extra London date.

The interviewers of this show had clearly listened to the album before the show was recorded and were saying very positive things about it.

On February 24 at midnight, Stormzy finally released the long-awaited Gang Signs and Prayer.

As a fan, it was only right that I had a listening party as soon as it was available to stream, alone might I add. After finishing the 16-track album, I was gobsmacked, to say the least.

If I’m honest, I was worried the whole body of work wasn’t going to be up to standard and all of the tracks were going to sound the same, but I was proven very wrong.

#GSAP covers many types of genres from rap and grime to r&b and gospel. The album is undoubtedly diverse.

While listening to the songs I felt all types of emotions.

First Things First, Cold, Return of the Rucksack, Mr Skeng and Bad Boys had me feeling like I was the biggest gangster in south London.

Listening to Blinded by Your Grace, Pt 1 and 2, I felt very emotional. I was baffled that Stormzy, creator of Shut Up and WickedSkengMan 1, 2, 3 and 4 had me thanking God at 1:00am for all the blessings I’d received during my 20 years of living.

I then moved on to the more romantic tracks such as Velvet, Cigarettes & Cush which had me thinking about all my former love interests; luckily, that feeling swiftly went away.

Two of my favourite songs from #GSAP were 100 Bags and Lay Me Bare. Both tracks felt very authentic and heartfelt I felt as if I was in the room with the MC while he was spitting these bars.

In Lay Me Bare Stormzy spits, “They think I went ghost to drop my tape/Not knowing that I fell and lost my faith/Like Satan please no, not today.”

He continues in the rest of the track to explain how he’d been feeling so low, which made me realise that everyone has their low days, no matter how happy they look on the outside, it was refreshing to hear about a side of Stormzy that social media and interviews don’t witness.

Overall, I rate this project a strong 10/10. I was very impressed, I’m very excited to see what Stormzy has in store for us next.

You can watch and listen Stormzy’s single from #GSAP, Big for Your Boots below and you can purchase Gang Signs and Prayer via iTunes here.