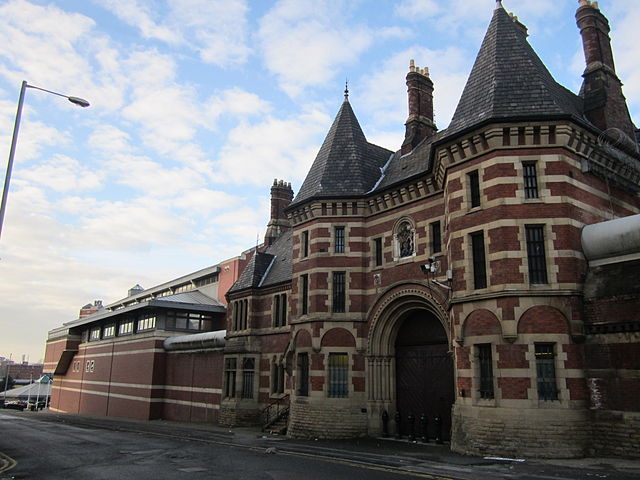 The United Kingdom has the most prisoners per capita out of all the countries in Western Europe and is behind only Russia and Turkey when looked at the continent as a whole.

A recent BBC Panorama programme went undercover in one of the country’s largest prisons, HMP Northumberland, to reveal what life is like inside for some of these prisoners and what it is like to work as a guard at these facilities.

What they found was a drastically overcrowded prison, operating on what is effectively a skeleton staff, where drugs and other contraband are rife.

“We haven’t even scratched the surface,” one guard is heard saying, after a search uncovers 2.5 kg of the highly dangerous synthetic cannabis known as ‘Spice’ – a haul this size has a prison value of around £250,000.

HMP Northumberland is just one in a long list of prisons to have been privatised; the process began in the early 1990s and now there are 16 private prisons in the UK.

“Privatisation has failed,” Cat Hobbs, director of the public services action group We Own It told Artefact. “Huge corporations like the ones running some of our prisons will always put profit first, they cost (the taxpayer) more and staff often lack experience leading to problems with security.”

This emphasis on profit means that cost saving measures are often implemented with the resulting consequences being overlooked.

For example, in order to save money and increase revenue, private prisons are more likely to house prisoners in overcrowded conditions.

A 2015 study found that private prisons hold 15 per cent of the country’s prisoners and roughly one third of these are held in overcrowded conditions.

It is also worth noting that the same study found that two of the three worst prisons in the country are privately owned, and that despite only housing 15per cent of our prisoners, private prisons still receive 23 per cent of the national prison budget.

Privately owned prisons are also more likely to cut staff to save on costs; this, coupled with government cuts to the prison budget, means that the number of prison officers has fallen from 19,900 in March 2010, to 14,700 in August 2016.

Overcrowded conditions coupled with a reduced staff can exacerbate a number of issues for prisoners; many have complained of not feeling safe inside and the statistics underline that anxiety.

Assaults in UK prisons in 2016 (against both prisoners and officers) were 31 per cent higher than they were in the previous year.

2016 also saw a record number of prison suicides and in November and December of 2016 there were large scale riots at both HMP Bedford and HMP Swaleside in Birmingham (which are owned by private security company G4S), with the latter being described as “the biggest prison riot since Strangeways” by prison affairs academic Alex Cavendish.

There is no question that British prisons are in a state of crisis. Shadow home secretary, Diane Abbot has described the UK prison system as a “time bomb that is waiting to go off” and Andy Darken, the deputy general secretary of the Prison Officers Association has claimed that he fears for the lives of prison officers unless urgent action is taken.

Some action is being taken. The Justice Secretary, Liz Truss, who in the past has claimed that barking dogs could be used to scare off drones that are used to smuggle contraband over prison walls and has also told the House of Commons that we should “look to the Shawshank Redemption” when reforming our prisons.

It has been announced that the government plans to hire 2,500 new prison officers (less than half the number lost since 2010) and that guards at 31 prisons across London and southern England could expect pay rises of up to £5,000 in order to keep “the best talent”.

These are positive steps, but are they enough?

Recently, on a small spit of land near the Isle of Sheppey in the river Medway in Kent, coastal erosion churned up the coffins and skeletal remains of dozens of bodies, many over 200 years old.

The bodies belonged to men who had been prisoners on the prison ship HMS Retribution.

Prison hulks were old navy ships that were converted into prisons to ease overcrowding in Victorian jails; conditions on the ships were intolerable and disease spread like wild fire; most of the bodies recently churned up by the tide were victims of cholera.

The world has come a long way since then, but the situation now has echoes of the past. Unless meaningful reform is made and made swiftly, we could be heading for disaster.