Destroying the myth of the “angry black woman”

If you are a black woman, then at some point in your life, you have heard of the so called black female attitude problem.

Expressions like black women think they are ‘all that’ or they ‘feel sweet’ are common place these days – perhaps the most popular expression that pigeonholes and marginalises the context of the black woman is the so called Angry Black Woman (ABW).

Are there sisters like that? Most certainly, just like there are other women of other races with attitude as Shakespeare observed hundreds of years ago. But are all black women like that?

It is interesting how the stereotypical portrayal of black women has evolved over the years.

At one point it was the smiling, asexual, undesirable, overweight Auntie Jemima-esque Mammy and then not too long ago the promiscuous, highly-sexed, always ready, never-say-no, crafty Jezebel who endures men with her sexual charms.

The angry black woman is seen as off-putting and a little intimidating by many males. That is understandable. You can trust that women like that are off-putting to other females as well. But is the generalisation of the term acceptable and warranted?

Last month when out with friends, amongst conversation, I was so surprised to hear a grown black men say that he prefers to date outside of the black race because he did not have to worry about attitudinal issues. He blamed black women for having attitudes and even went as far as to say that black women were ‘gold-diggers’ and ‘materialistic.’

Complaining that black women will only date men who had cars, money, and had a white collar job, he pointed out that black women were too demanding and had unreasonably high standards (which he obviously felt he fell short of) and that was why he preferred interracial dating.

Although I challenged him and asked if he was saying that ALL black women had attitude, he responded that 90 per cent did. I simply wondered how he could possibly know that many women to the point where he would come to that conclusion. That sweeping statement was a disturbing one.

In a recent interview Keisha Nicholson explained that “sometimes the ‘angry black woman’ stereotype to which so many people retreat when an African-American female isn’t smiling and laughing. Experience has taught me to lower my expectations for racial sensitivity and cultural competence, but I am still often surprised and disappointed.”

The only problem is that many times when they do it, especially in the work place, they are viewed as too strong. In fact the words powerful, authoritative, strong, aggressive, feisty, independent and in control sound admirable until they are applied to black women.

Men are expected to be strong and assertive, traits that are aligned with being a good leader, but when a black woman falls under those descriptions, it is called having an attitude problem. In fact when they are asserting themselves, the perception becomes that you dare not mess with them.

There is no denying that some black women do express themselves in a provocatively angry way, but that does not justify typecasting all of them. It is true that there are some black women who fit the above bill, but it’s not a race thing. It’s a personality and character thing.

Just as there are so many quiet, mild-mannered, bookish, sensitive black women out there, there are also many unpleasant to deal with woman out there. But that applies to men too. So once again one cannot generalise and conclude that all black women have attitude. In any case, what is wrong with a little anger?

Throughout history, women’s endeavours to stand up for themselves have been dismissed as the ramblings of angry women, whether they were black or not. A case in point example is the feminists, who are always brushed off as angry, rabble-rousing, opinionated and unreasonable women.

But in a world where racism, sexism, ageism, single motherhood, misogyny, and even warped body image prevail contrasted with the objectification and fetishisation of the black body, it comes as no surprise that some black women are angry.

However, not all anger is bad anger. Sometimes anger is a signal that something is wrong and changes need to be made. There are numerous cases when anger has actually sparked revolutionary change in history.

If as human beings, we’re able to harness our anger and use our anger for the general good of society, then we are able to make big strides in our lives.

This was proven by historical figures Sojourner Truth, Harriet Tubman and even Rosa Parks, who used their anger to spark social strength and change.

Part of the reason Rosa Parks refused to get out of that seat was anger. The people who tried to get her out of that seat would have probably said that she had attitude in present day terms. Does that make her an angry black woman?

I leave that to you to decide.

At the end of the day… 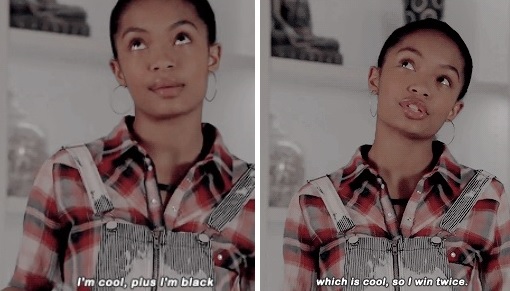