In conversation with | Asifa Lahore 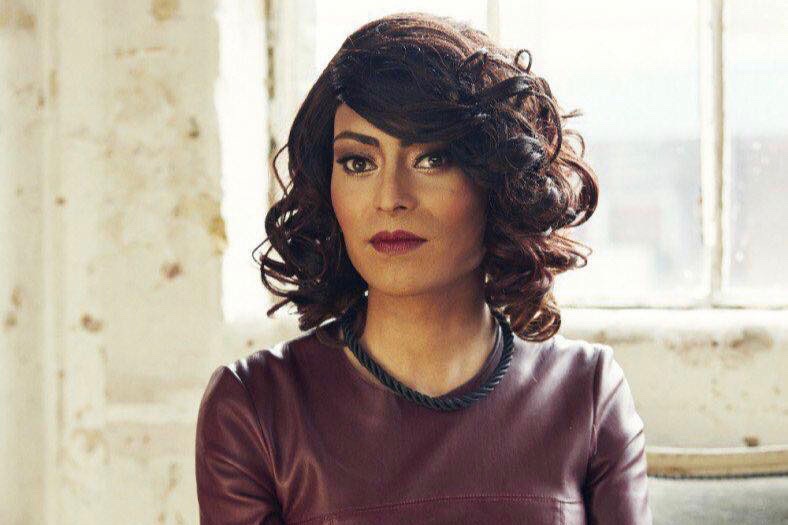 Britain’s first Muslim Drag Queen is quite a title to carry, and after seeing him perform only a couple months ago at Akademi’s Illicit words of Indian Dance, flamboyantly singing his parody of Punjabi girl whilst ripping off parts of his Burkha, I was most definitely hoping he would grace our Starbucks meeting in the same sequinned silver dress.

Elegantly he popped my bubble as he strolled into the cafe in a pair of skinny jeans and perched himself on the chair in front of me.

Immediately I ask where it all began. After a pause and a short chuckle, he began retelling a story he seemed to have almost rehearsed for the media, but which he still performed tirelessly and proudly: “I always admired my mum, coming from a south Asian background, we would go to a lot of weddings, and my mum would dress up in some really gorgeous outfits.

“When I was about four or five, I remember sneaking into her room a couple times and trying on some of the lipsticks and powders.

“I started performing professionally about five years ago, I was out clubbing and I picked up a magazine that was advertising for a competition called Drag Idol, a national drag competition that’d been running for years. My friends told me to enter and though I hesitated I went for it anyway.

“At the time there was a lot of discussion around the burkha, it was up in the media, and everyone was talking about it. I wondered what it would be like if i went on in a burkha and just took it off.

“So I went on, and I went to the preliminary heats, and it caused a lot of debate. the competition and the judges labelled me the first Muslim drag queen, because I was the first Asian person to enter that competition.

“I was fearlessly Muslim. I did my parodies and to cut the long story short, I made it to the finals. I won the bronze award and a lot of people started getting in contact with me about doing shows at their venues, club nights, hosting jobs, the competition kickstarted my career without me even realising it.”

He smiled, looking whistfully just over my head as if he re-lived that first competition and leant forward onto the table, silently inviting me to dig deeper. I questioned his history, how he came out to his parents when he was younger and the problems it caused.

Lahore explained how his 10 year old sister was the first to find out. “She read one of my diaries, came to me and told me that she knew who I was and she was fine with it. But she warned me not to tell our parents.

“My sister sort of confirmed to me what I had always thought, so I was fine with my sister knowing and it was only when I was at uni that I got the courage to tell my parents. 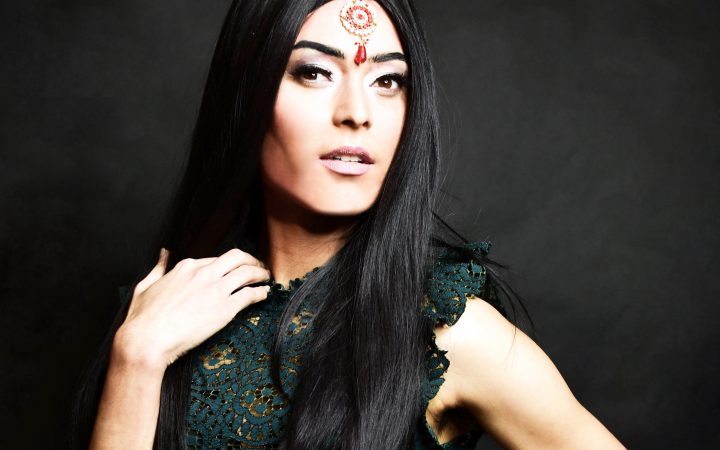 “I met my husband at university, and thats what gave me the courage to come out. My husband at the time was a foreign student from Pakistan, son of a Pakistani diplomat, studying here in the UK.

“He came out when he was a teenager, so we began getting serious, he told me that he didn’t think he could be with someone that isn’t out.”

Lahore continued to explain how when he eventually told his parents, they didn’t understand the concept of being gay. They took him to the local GP and asked whether there was something wrong with him.

Once their attempts failed there, and they were told that it was just who he was, they went straight to the local mosque.

“Many things were offered to me, one being celibacy, but the biggest thing was marriage. I was asked about my personal life and my intimate relationships. I said I’ve never been with a woman, and they thought if I married a woman I’d forget about all this and I’d be fine.

“I had a lot of pressure on me at the time, and it was around then that I fell into deep depression and I agreed to an engagement with my first cousin in Pakistan.

“I began falling behind in university and thankfully my tutors came to me and asked what was wrong, as once I came clean to my tutors they put me in touch with LGBT support places in London and I started going to counselling and meeting other gay asians and gay Muslims and Hindus.

“I hadn’t actually met other people like myself before this. I actually thought I was the only one. Realised I wasn’t the only one, and loads of men were leading double lives showed me that this wasn’t right.

“So after a few weeks of counselling I went back to my parents, mustered up all the energy I had and told them what I wanted. To marry Kasim, and no one else. My mum came to my civil partnership ceremony and gave me away, that was the first time I moved out of my family home. I sort of began a new life, and it was a couple years after that that I began performing.”

I asked Lahore when his family started to openly accept his identity, and whether they involved themselves in his performances. He sat back and after a long pause he answered: “When I started becoming successful, I’d see a lot of people from my community come to my shows. My mum came to see one of them quite a while later which was groundbreaking really. It was my sister, my mum and my aunty.

“It was so weird seeing my hijabi mum and aunty looking at the gay men and seeing the gay men looking at my family. By the end of it everyone was dancing and clapping and having a good time, and it was so great to see those labels and barriers broken down. It was a great moment.”

Obviously being the first Muslim Drag Queen to openly discuss a very unspoken issue, the media wasn’t just going to ignore it.

Lahore continued to explain how more and more people took interest in his story and how he became part of starting almost a ‘movement’ for gay Asians, Muslims and Hindus. “I began doing documentaries for debates on the BBC, the first time I came to national prominence was the BBC free speech debate.

“I’m British, I’m Pakistani, I’m gay, I’m trans, I’m a drag queen, I’m a man, I’m a woman. All these labels shouldn’t fit well together, but here I am, and this is who I am, and I refuse to give one up for the other”

“I posed the question: ‘When will homosexuality be accepted in Islam?’ and it became one of the most discussed and debated questions online. Back then what they did, is they put up five questions, mine being one of them and it ended up being the most debated one. It had been decided that it would be on the broadcast.

“This broadcast was being debated in a mosque in Birmingham and an hour before the broadcast I get a call from the BBC saying that the mosque wouldn’t allow the debate to go ahead but they’re happy for the video to be screened.

“I had to make a decision so I told them that I respect that and to continue with just the video broadcast. It caused a national debate as to why the debate didn’t go ahead, the media picked up on it. It was a very big issue.”

By this point I felt like I didn’t have to ask any more questions as an interviewer, Lahore had become very comfortable and I felt like an old friend hearing anecdotes of his life.

Steering the conversation towards the concept of labels, I asked him how being a gay Muslim and being a drag queen are usually seen as two completely separate things. One is who you are, one is your profession. But does he feel like they’re part of his personality as a whole, can he be one without the other?

Without a moment of delay Lahore threw his hands up and exclaimed, “Oh absolutely! If someone told me that I’d have to stop being Asifa tomorrow, I know a huge part of me would die.

“We talk about all these labels, I mean, I’m British, I’m Pakistani, I’m gay, I’m trans, I’m a drag queen, I’m a man, I’m a woman. All these labels shouldn’t fit well together, but here I am, and this is who I am, and I refuse to give one up for the other.”

A few more anecdotes, and a large cappuccino later, I finally asked him where he wanted to go next. Lahore looked into the distance and then returned back to me with a smile. “I am happy and content right now, I feel like I’ve achieved a lot and said a lot. What do I want to do now? I think theres a lot of work left to be done.

“We all live in our own bubbles. Mine is living in London, a city thats very accepting and diverse. What I want to do is press more on the international issues around gender and sexuality, religion and culture.

“I’m doing a lot more travelling and I’ve met a lot of people there and I want to build on what I’m doing there. I’d love to work with the UN on issues like this.”