Mental illness is not trendy

‘Just try and forget about it, you’re fine’

‘Don’t be anxious, you have nothing to worry about’

‘The more you panic, the worse it’ll get’

These are a few of the many things I hear on a daily basis.

As a 22-year-old student, you’d think apart from uni work, there isn’t much to worry about when it comes to everyday life but try telling that to someone with heavy anxiety.

Since December 2013, a few weeks after I had got back from living in Australia for a year, I became consumed by a depression so bad that I felt there was constantly a weight on my chest.

I had come back a few months before my friends and the ones I had back in the UK were all in fully committed relationships or at uni elsewhere in the country.

My parents were getting divorced and I didn’t know what I was doing with my life. I felt completely alone. 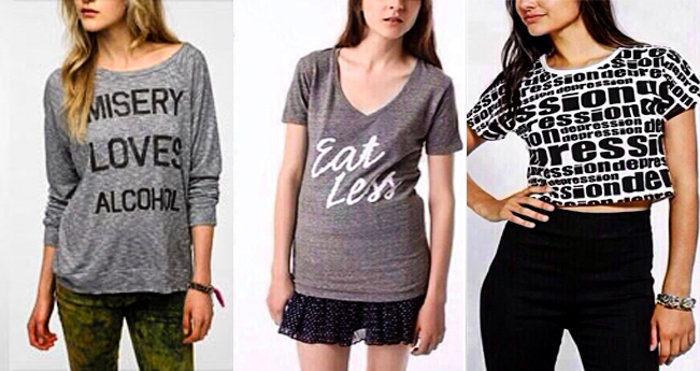 Mental illness as a fashion statement

Since I was a child, I’ve always had irrational fears.

I remember not being able to cross roads, in fear that I would get run over.

I would scream the house down when there was a power cut because I thought the house would blow up.

I hated balloons because I felt that they would burst at any minute and the sound of drills made me hysterical.

I wanted to go to uni, study, get a job. However, that all seemed impossible until I figured out how to control this feeling. At this point, I didn’t even know I was suffering from anxiety.

Although at 18 I had matured, I still carried around the intense feeling in the back of my mind that something bad was going to happen to me.

I didn’t know when or how; I just knew there was a dark cloud over my head. It wasn’t long before I would face my fate.

After a year or so of trying to shake off this feeling of dread and get my life back to the point it was before I left for Australia, I knew something had to be done.

At this point, I was living with my stepdad in a small flat in north London, he was always working and talking about issues was never really his strong point.

My mother was living hours away with a friend and so I found myself alone and not wanting to leave my bedroom.

The truly awful thing about anxiety is that it can be triggered by the most minor of things.

Depending on the person, it can come from a serious event that has happened in someone’s life or a small incident that nobody would be able to pick up on.

In my case, that was it. At 19, I knew if I carried on the way I was going, I was bound to mess my life up. I wanted to go to uni, study, get a job. However, that all seemed impossible until I figured out how to control this feeling. At this point, I didn’t even know I was suffering from anxiety.

The problem nowadays is that mental illness is glamorised and this has a dangerous impact on sufferers.

There are many ways in which depression, anxiety and other similar problems are romanticised; be it through the media, fashion and the modelling industry. By doing so, the seriousness is taken away and all that is left is a ‘trend’ which, quite frankly, is horrifying for those suffering. 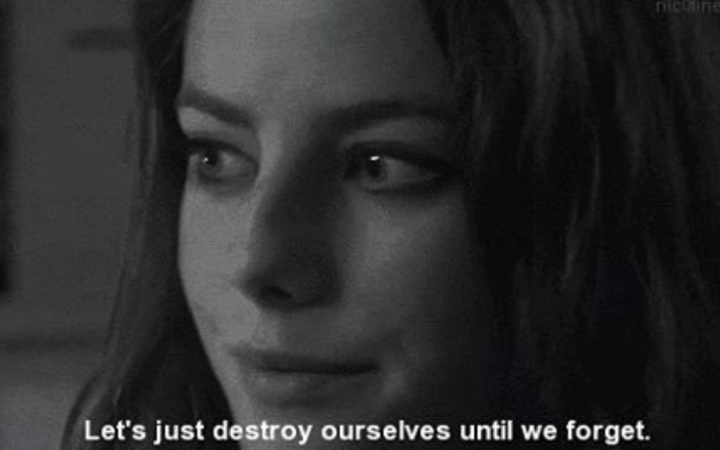 The other dangers which come with such a ‘trend’ are that many younger people feel as though what they are going through is not worth discussing.

When you’re constantly surrounded by people telling you to stop ‘attention seeking’, you feel as though your problems are unworthy of any attention. I know for a while I felt like this.

When I finally sought help, I was close to suicide. I felt useless and unworthy of anyone’s time.

It was an eye-opening experience for me when I finally went to the doctor.

After weeks of talks and weeks of talks and tests, I was finally diagnosed with Generalized Anxiety Disorder (GAD) and Panic Disorder. The doctors placed me on Fluoxetine (Prozac) for a year and I would go in every month to discuss how I was feeling.

It was comforting to know that someone was genuinely concerned for my well-being. Although the medication did help, I have now learnt that you cannot rely on it to get you through life forever.

I know I will always suffer from anxiety, however getting out more, exercising and surrounding myself with friends and family helps a lot. I know I will never be completely cured and some days I still don’t want to leave my bed but in general, I am happy and healthy. I have come miles from where I was three years ago.

The Young Minds Institute claims that amongst teenagers, rates of depression and anxiety have increased by 70 per cent in the past 25 years, particularly since the mid-80s and one in four (26 per cent) young people in the UK experience suicidal thoughts.

Social media has given another platform in which mental illness can be glamorised. By typing in the hashtag ‘depression’, ‘anxiety’ or ‘suicidal’ I am flooded with images of fifteen-year-old girls in fishnets, ripped denim shorts and Doc Martens. This saddens me greatly.

Mental illness should not be associated with fashion. We are living in a generation where teenagers call themselves ‘damaged’ because it’s appealing and sounds cool and mysterious.

The good side however, is that social media is able to spread an important message to millions of young people, urging them to talk to someone or seek help if they feel as though they genuinely do have a problem.

I know for sure that if people spoke up about it more when I was younger, I wouldn’t have waited untill I was 19 to finally get help.